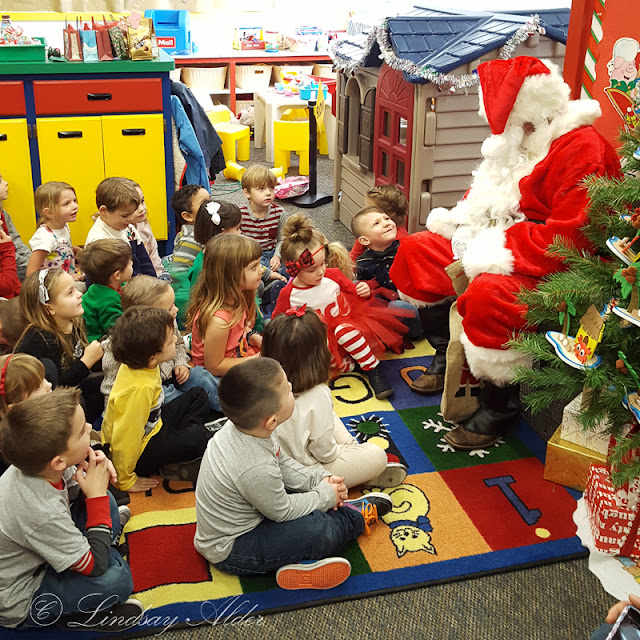 I know I've mentioned it before, but something feels a bit odd about Timothy's preschool. And if you look at this photo above and find Timothy in the sea of faces, you might be able to feel it too. See him? One of my favorite things to do as a mother is to capture the joy in my children when they feel it. Sometimes I'm lucky enough to have a camera poised in order to capture it in film, other times I just capture it in my heart and in my memories to store for later. This was a situation in which I was anticipating the joy because I knew Santa was coming, so I had my camera ready. But that face up there is about as joyful as Timothy's ever got through the whole Christmas party. At least he's looking at Santa.

He brightened up a bit when it was his turn to sit on Santa's lap, but that was only because Santa misheard Timothy's request, so Timothy had to correct him and make sure they were both on the same page. 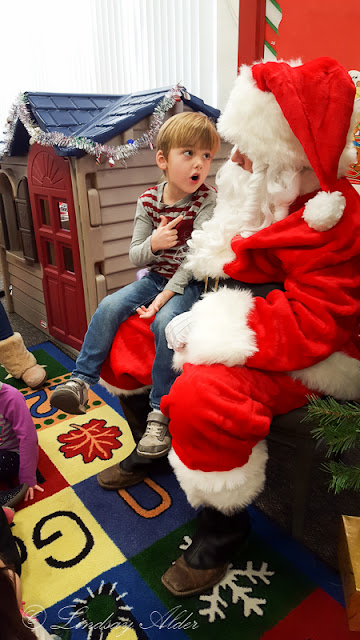 And after he was sure things were all understood, he returned back to this: 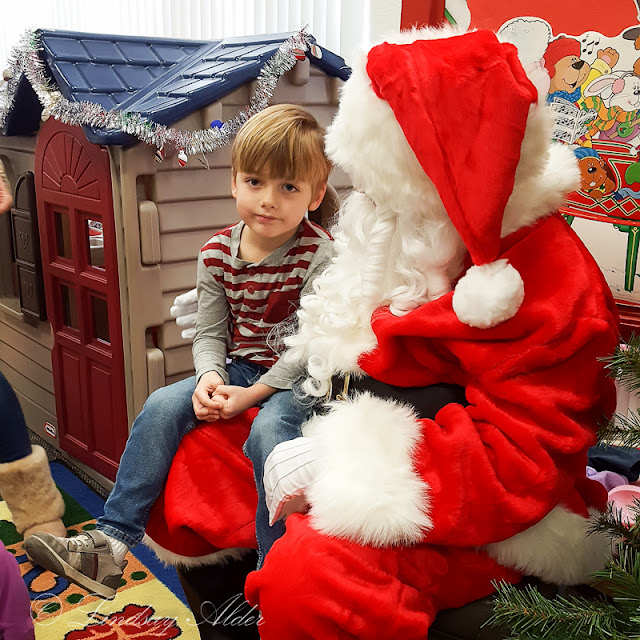 I kept trying to pump him up a little bit by giving him big smiles, thumbs ups, laughs, and winks, but that face just stuck around. 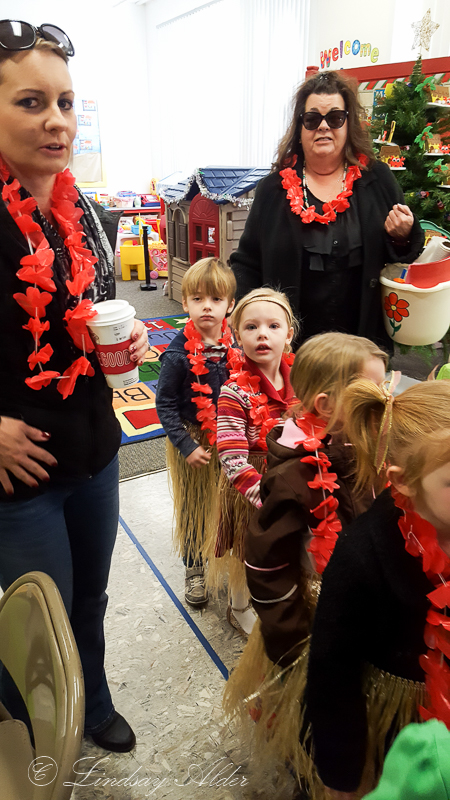 They walked around to all the local businesses and sung their one Christmas song over and over and over again (Hawaiian Christmas). And I wasn't sure if it was adorable to see them all in their grass skirts doing their hand actions, or if was painful to watch the lack of joy in their faces. 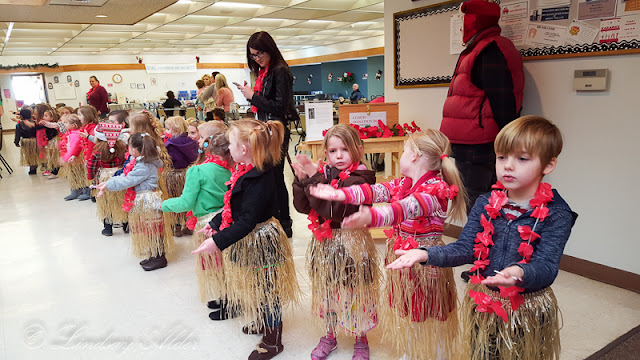 And these are the best pictures I got. This next one is the only one where I see my real Timothy in there. And I'm pretty sure he showed up only because everyone in the bank was making such a fun fuss about how cute all those kids were: 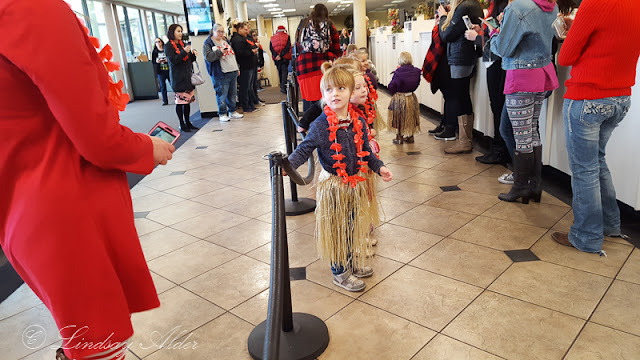 I don't know... it's weird, right? Every time I go in to help at his preschool (which isn't a lot because they have made it very clear that little siblings are not invited and I seem to have a 'little sibling' attached to me at all times), I just feel like a giant piece of preschool-ness is missing. 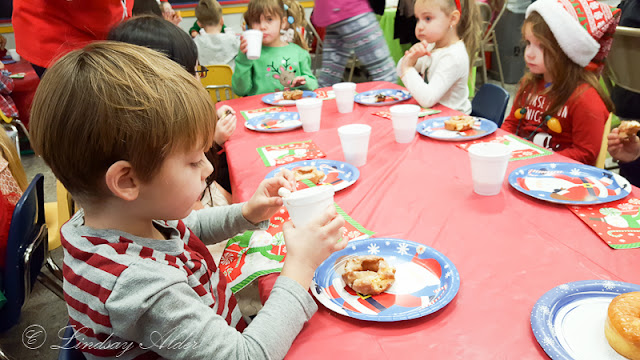 And that's enough of a missing piece that I don't think I'll recommend this preschool to my friends. They are very good at keeping all the kids under control, I'll give them that. But I'd rather my child feel loved. I'd rather my child develop a love for learning and for school. I mean, even in the middle of a Christmas party with a doughnut in his hand, this is the best face he can do: 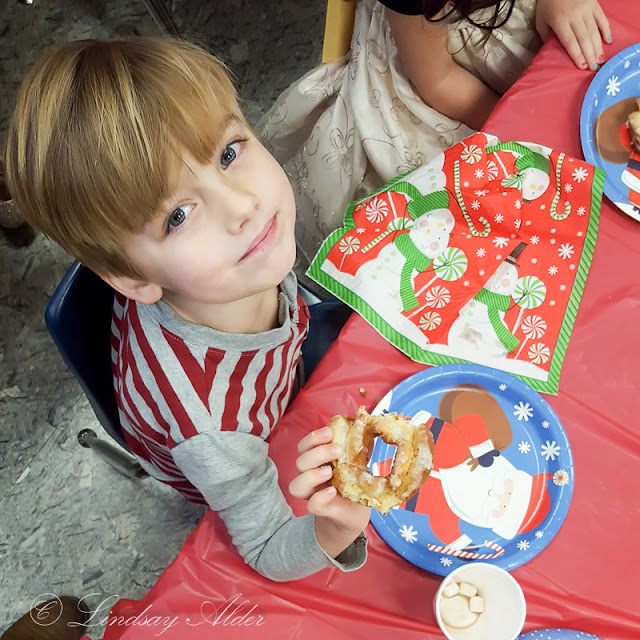 Doesn't that feel a bit strange?
posted at 6:20 PM