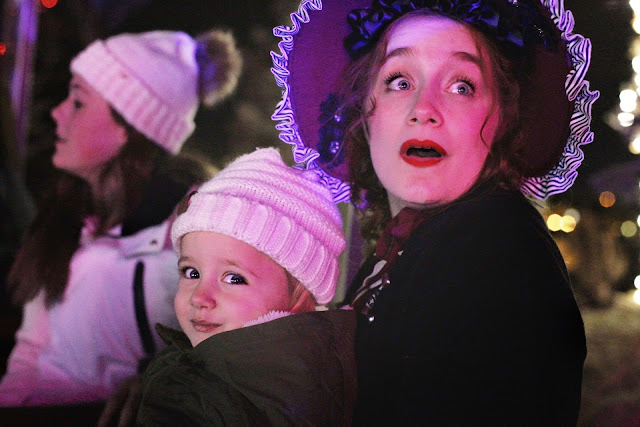 Amber has traveled a difficult road through this past year. Of course, all of our roads are hard (I suppose life was designed to be that way) and I know that many of us sit here at the beginnings of a new year excited to try something new, be something new, think something new, so that the year in front of us might be a bit (or a lot) better than the one we've just left behind. And, not taking anything away from the difficult years of everyone else, Amber's road has been so terribly hard. She's been working to rebuild herself from a marriage that shattered.

Her husband, Caleb, came into the family a few years ago and brought with him the greatest hugs, a beautiful and raw sensitivity, an open heart, and so many video games that he quickly won the hearts of my sons. How I love Caleb! But soon after their marriage he started realizing that he was not comfortable with the way things were. He was uncomfortable with his mind, he was uncomfortable with his body, and through the course of time, slowly, painfully, and steadily he worked to bury the man who was Caleb and to become a new woman named Chloe.

Amber took care of Caleb fiercely through those years. She listened to his fears and nursed him through his depressive episodes and went to counseling with him to try to make their new and complicated relationship work. She supported his wardrobe changes and kept every single secret he begged her to keep. But in the end, after years of service and sacrifice, her sorrow was deeper than any sorrow I've seen when she told me that she simply couldn't love a woman in the same way she loved a man. And when I asked her what she will miss most she whispered without hesitation and with tears running the length of her face,

Caleb is gone. And this year, Amber has had to heal from his strange and uncommon death while she watches Chloe stand right there in his place and serve as a tangible shadow and a bitter reminder of what used to be. She has had to watch, her heart bleeding in the darkness, as Chloe shines in the social media spotlight, posting selfie after selfie of her continuing transition, supported, praised and hallowed for her courage. Chloe deserves the love, of course, just as all of us deserve love, but I often wonder what might be different if Chloe's supporters could see that behind Chloe's public courage lay a broken man who was held together by his truly remarkable, strong, and loving wife. A wife who selflessly supported him and helped him along his path as far as she could, knowing all the while that by so doing she was breaking her own heart. She was sacrificing her own hopes and dreams as she helped him to seek his. 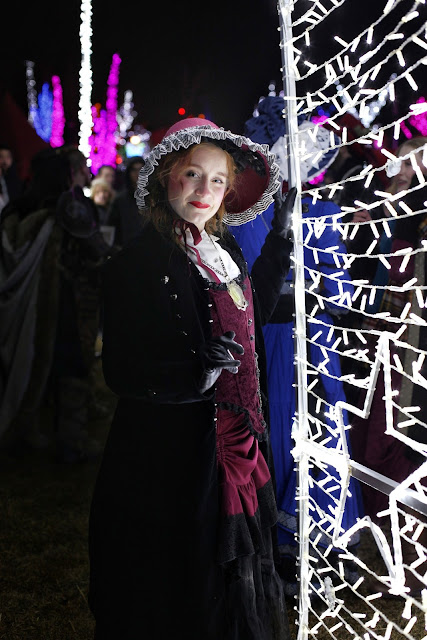 But, sadly, people don't see that. They don't see her. At least, most of them don't. Amber's sorrow has not been public and, unlike Chloe, her support team has not been broad. She's been held up by only the closest family and the closest friends and, as fate or divine hand would have it, by a job that landed right in her lap at just the right time. This job was seemingly crafted just. for. her. and gives her the motivation and the energy to keep waking up and to keep moving her feet and to keep putting good out into the world. 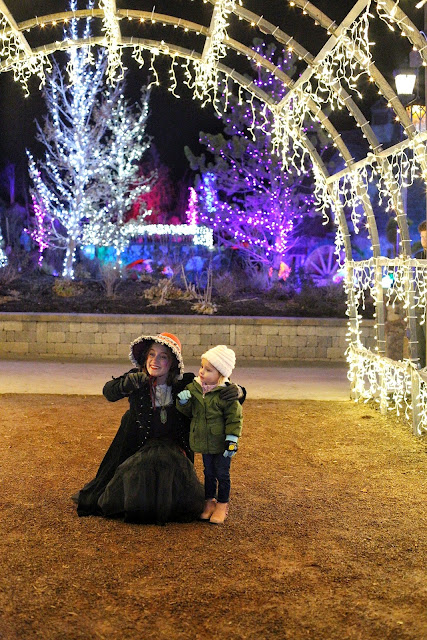 She is a full-time actress at Evermore, an experience park where they work her long hours and depended on her willingness to go the extra mile and to invest herself fully in the success of the park. To my eye, it has given her a sense of purpose by day, and by night it has given her a safe place to escape from real life, to become someone entirely different, to live in another world, another dimension, to obey different rules and to be driven by different reasons for life. Caleb doesn't exist in this world. She started as Ina the quiet and nervous dragon trainer and, true to herself, she threw her whole life into it. For almost a year, night after night, she was Ina. She spoke in a perfect Irish accent, teaching guests in the park all about dragons and about her life as a dragon trainer, answering questions about Ina's personal life and childhood as if they were her own, sending guests on quests, and instating them into her guild of dragon trainers if they completed certain tasks.

Now she's Cecily the bubbly, funny travelling actress who speaks in a perfect British accent. She mills around the park with others in her troupe putting on improvisation shows, making guests laugh, and engaging in conversation with anyone who is interested. She is so delightful to watch! 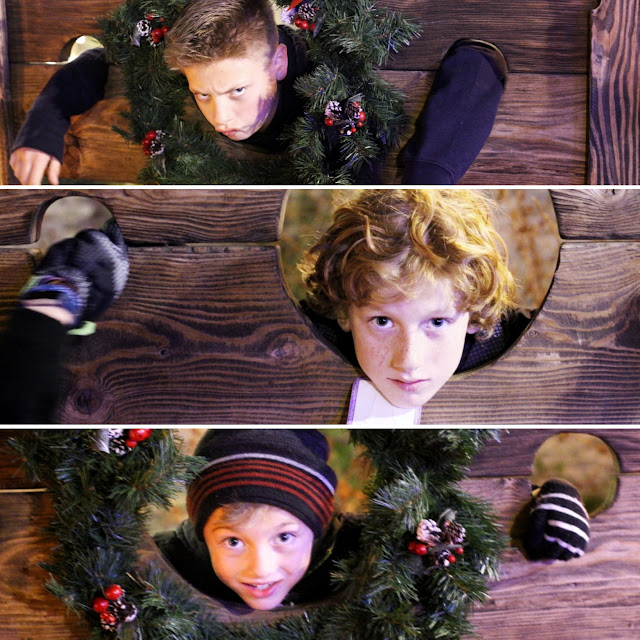 To be honest, when I first started hearing about Evermore, it didn't sound all that intriguing to me. It caters to the live-action gamers of the world and since I don't really understand what that even means, I felt like this wasn't going to be 'my thing'. 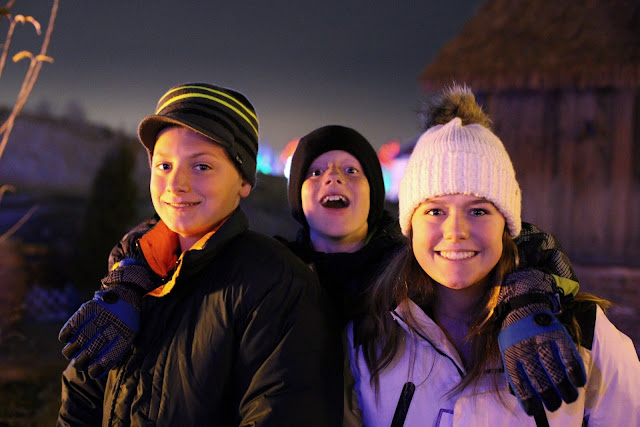 But I certainly wanted to support my sister. So I packed up my kids and headed off to Evermore to see what there was to see. 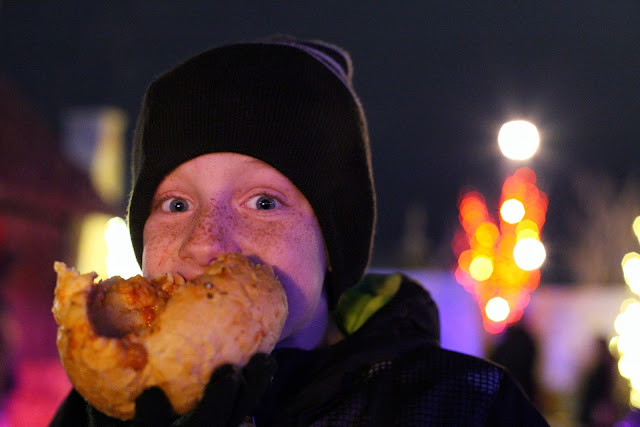 Since then, we've now gone four times - every time we visit Utah - and we have had such a delightful time at each one. 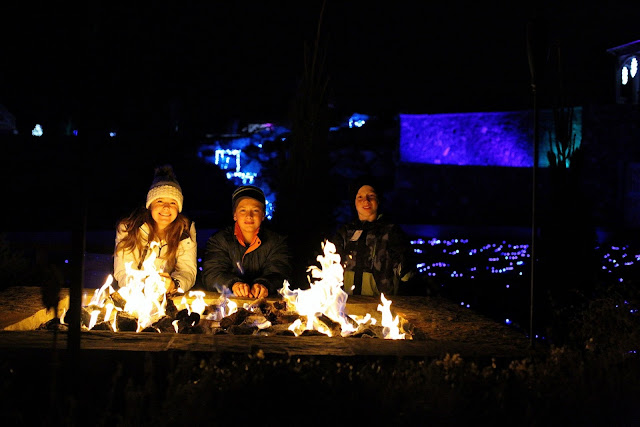 The park is clean and beautiful and the attention to detail is astounding. They have real owls and falcons that you can get right up close to and if I drop my reality lens from my eyes I swear they have real dragon trainers and elven rangers and knights and hunters and goblins and fairies too. They roam the park in outfits dripping in detail and stories that are rich and sound. They interact with you without ever dropping character, answering your questions, asking for favors, teaching you all about their world of Evermore, and inviting you to become a part of it. 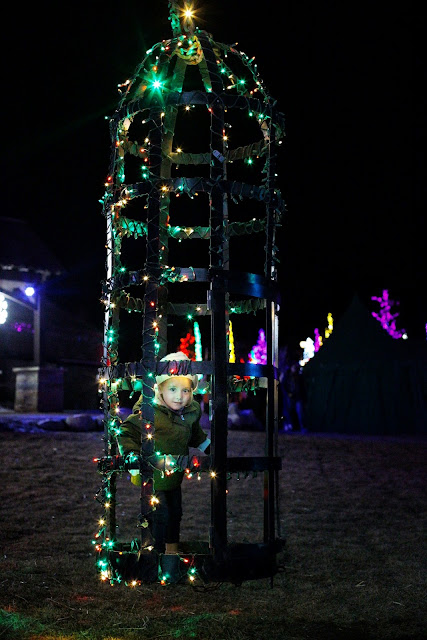 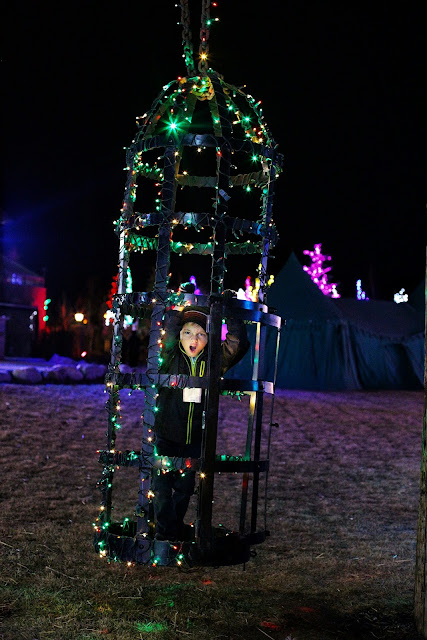 I didn't get any pictures that I would title 'What Evermore Is' because my eye was so focused on my own amazing family, but if I were to go back tonight I might enjoy going by myself just to capture some of the magic, some of the details, some of the story. 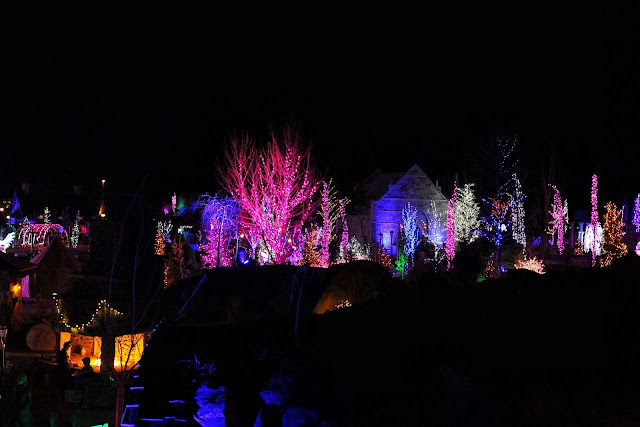 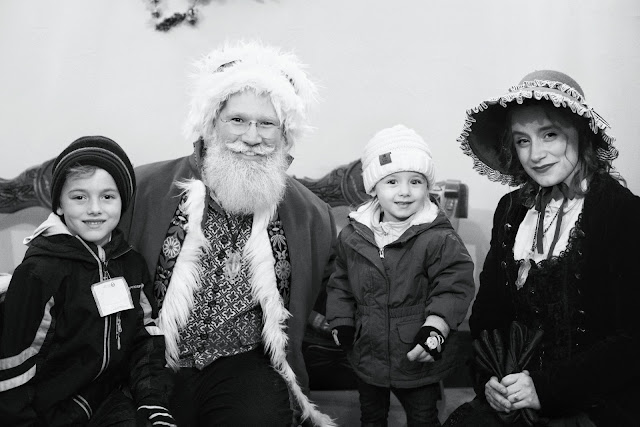 It is very common for us to be spending time with Amber outside of the park and have her ask out loud to herself, "Hm... I'd like to use this in the park... I wonder when it was invented..." Every single thing they bring in has to fit within the overall story, every detail matters. It reminds me of the Disney parks in that way and, if I'm not mistaken, I seem to remember Amber telling me back when the park was just opening that the lead guy developing this park had, in fact, been an Imagineer. 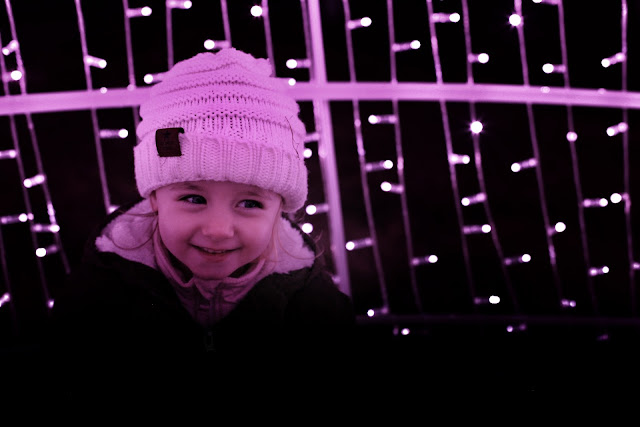 I still don't understand the storyline at Evermore. From what I understand it's quite complicated and, truthfully, I just don't have the bandwidth to figure it all out. 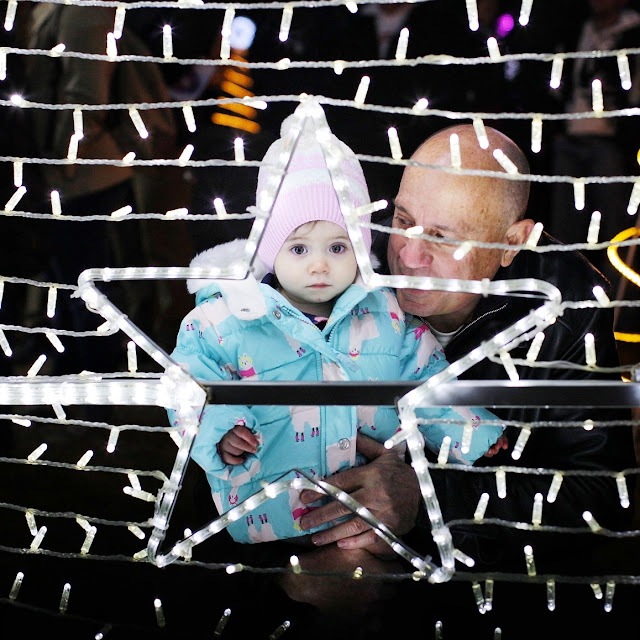 But I do know this: even though we don't really know what's going on most of the time, and even though my kids have already been four times in one year, they're all still begging to go back again. 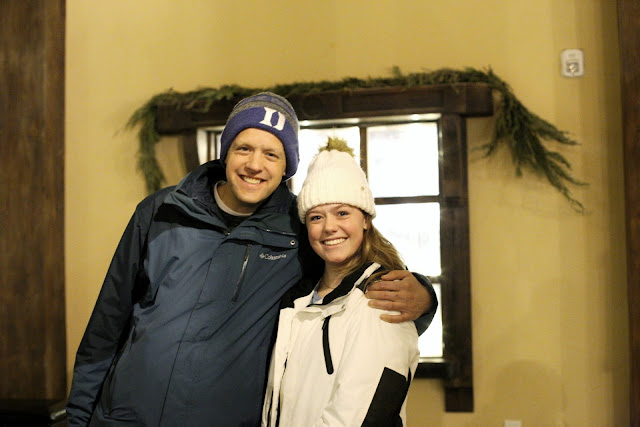 Even little miss Eliza wants to go back. She calls it the 'party'. She has the most fun collecting gold pieces, which you can earn by completing tasks. This time, a British character named Piper handed Eliza a very dull pencil and asked her if she would please go find a hunter and ask him to use his knife to sharpen it. She said that if Eliza brought it back to her, sharpened, she would give Eliza a piece of gold. Eliza took it quite seriously and after getting the 'pencil cut', she held onto that earned piece of gold the entire night. 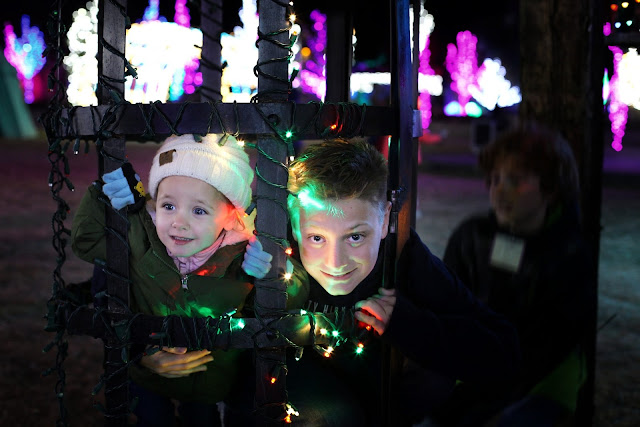 Timothy was told to ask a goblin a certain question and then to report back the answer. And, after we explained what a goblin might look like, Timothy's eyes were sharp and alert searching for one through the better part of an hour. 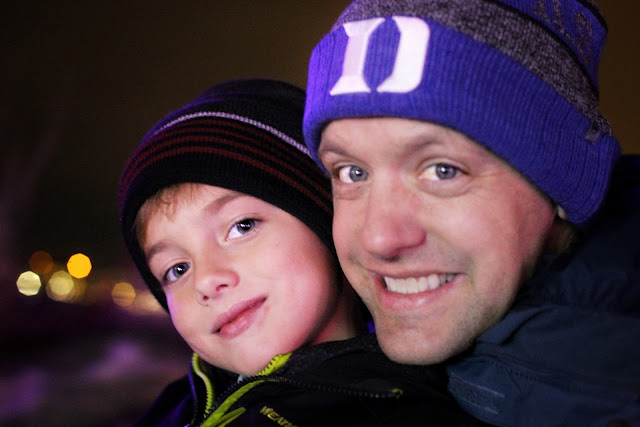 Carson and Miles were challenged to a game of chance with a knight, and unfortunately came out defeated. I spent my time wielding a pretty good British accent ifIdosaysomyself, and McKenzie and Brian enjoyed encouraging the rest of us and walking through the lights and taking Eliza on the train eleventy-hundred times. 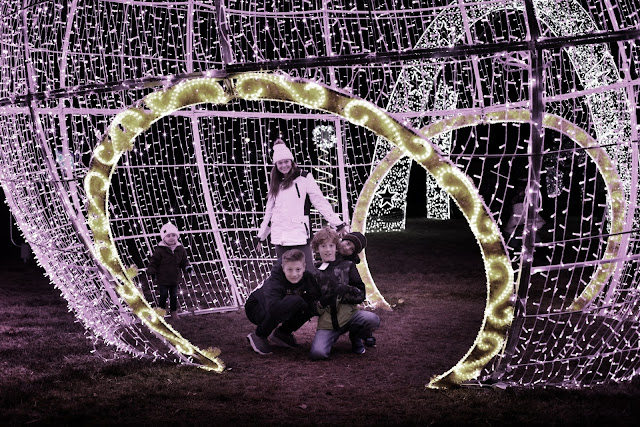 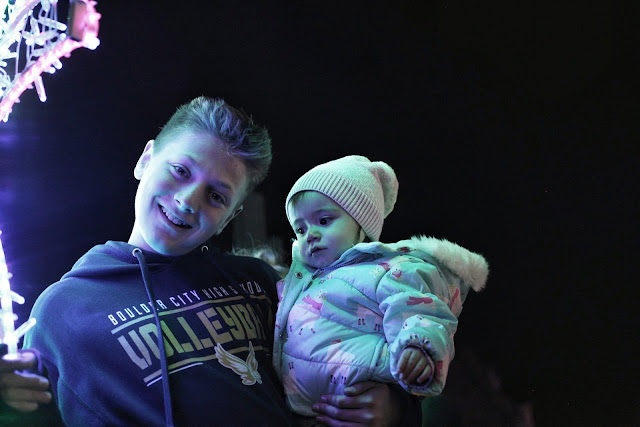 It really is a fun way to spend an evening, and I love it for that. 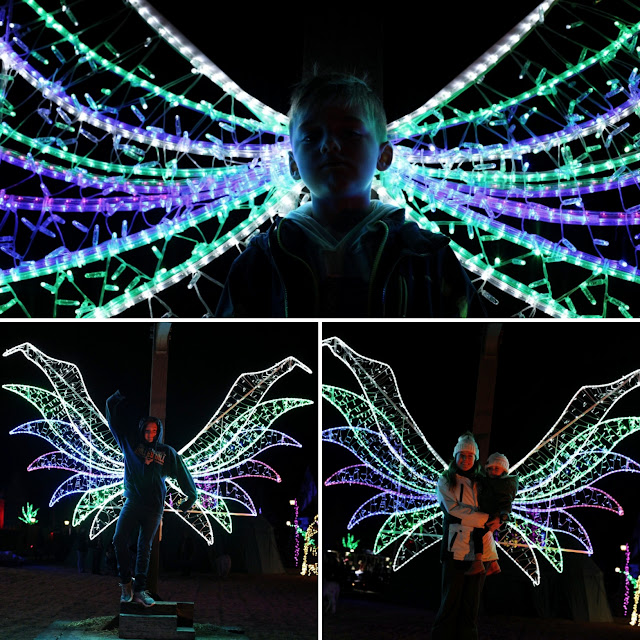 But mostly I love it because, for me, it is another piece of evidence that God is in the details of our lives and that, even when things fall all. the. way. apart, he is working in the mess, working in the rubble, creating places of refuge and healing in a way that is perfectly crafted and catered to fit His broken-hearted.
posted at 6:00 PM 4 comments: