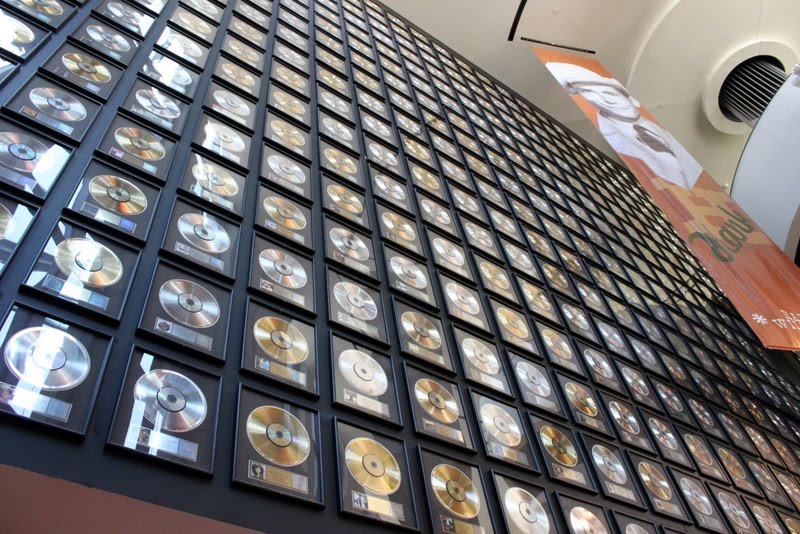 And, maybe there's some truth to that. But, I'll tell you what, if I could choose two paths in this life, I think my second choice might just be to live in Nashville and try my hand as a songwriter. 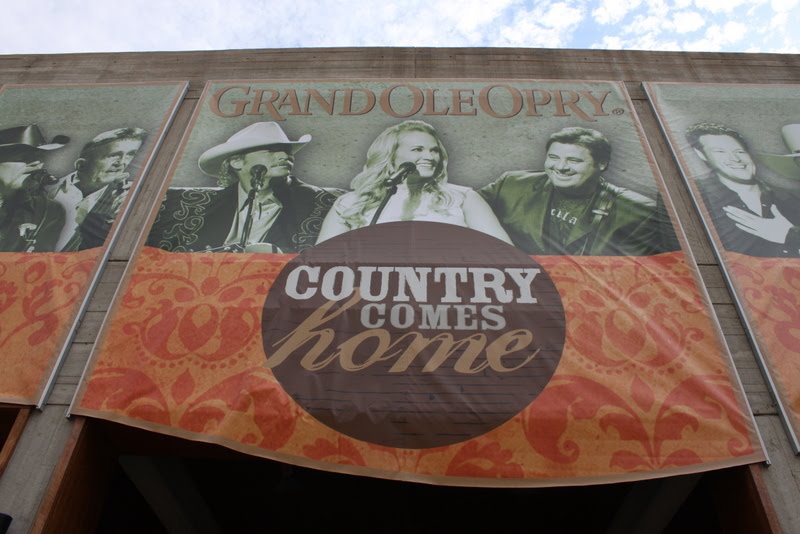 It was sort of a close-your-eyes-and-pick-a-city plan that landed us in Nashville in the first place, but once we were there I was so entirely musically inspired that I'm sure I was close to exploding. Live music in all the cafe's, guitar cases hanging from the shoulders of shaggy haired boys, people on the corners playing music on strange looking instruments... passion for music was palpable, and I ate it up with a spoon.

For dinner one night we drove to a little club and restaurant that Brian had found called the Bluebird Cafe. It had great reviews and boasted live, original country and acoustic music every evening. But when we arrived we saw that it was not much more than a dimly lit hole in the wall located on a dark stretch of road with 5 or 6 questionable looking men standing around the entrance. Brian pulled the car into the dark parking lot and slowly made his way to an empty spot. "Uhhhhh...." I said, "I'm not quite sure about this, Bri." He acknowledged my discomfort and assured me that he would be fine finding someplace else to eat - but I liked the idea of a live band inside and wanted to get the full Nashville experience, so after a few minutes of dancing around a decision Brian suggested we walk up to the door and peek in to "see if it's the kind of place we could feel comfortable in." By this time, the men had disappeared, so it didn't seem quite so ominous, and I agreed.

Best decision ever! Turns out that it was 'open-mic night' and we squeezed ourselves into that small club to hear a handful of budding songwriters play their hearts out on that tiny stage. Some were terrible, others were pretty good, and all of them received warm applause and encouragement from us, the audience. All around the small room were painted masks with fingers up to their lips, and large plaques with the letters, "shhhhhhhhhhh" printed in them. Quiet, dark, small (there couldn't have been room to fit more than 30 people comfortably) the ambiance was perfect. We eventually ended up sitting at a table and ordered ourselves some chicken strips. At 10:00 a jazz band came and I found myself choked with tears a couple of times at the thrill of the evening. Our table was only a couple of feet behind the keyboard player, and I watched his hands move so fast up and down those keys that I literally could not see them. And there we sat until 11:30 pm - basking in the music. Unbelievable, inspiring and quite memorable. On the way out the door, I found myself buying a $20 T-shirt (TWENTY dollar T-shirt!) and if you know my spending habits, you know this is quite remarkable indeed. And, you know what, I never even had any buyers remorse about it. It's become one of my favorites. 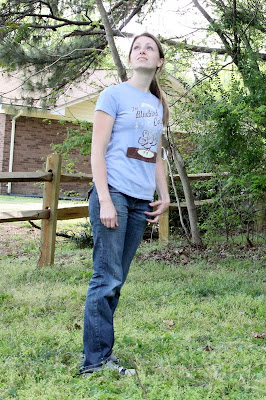 Right. Not the best picture, but one that kind of shows the T-shirt. And for $20, don't you think it at least deserves a picture on my blog? (FYI - I was in the middle of building a tree swing for the kids and Kenz was shooting all sorts of awesome candid shots.)

Stay tuned for one more post about Nashville - and this time it won't be all about music, I promise. :)
posted at 3:41 AM