Miles has had a rough week.

Tuesday he sent us to the ER after slipping in the bathtub and splitting his eyebrow open, and after much deliberation we decided to DermaBond it together (think superglue) instead of stitch it up. I will not tell you how difficult it has been to not scratch off all that flaking glue... I should have gotten a picture of it soon after it happened - It's amazing how much it's healed in just a week.

Thursday he slipped in the locker room after the kids' swimming practice and split the other side of his head on the corner of a bench. After clearing all the blood I determined that, while deep and messy, it was small in length and hiding under all his red curls - - - not hospital worthy.

Saturday he face-planted on the concrete resulting in a scratched up, pouring, double bloody nose, and a huge, fat lip.

Sunday he tumbled off a picnic bench and landed on his head, gaining another battle wound almost parallel to his scar.

And today I found a small pine-cone piece in the center of a red, swollen, tender patch of skin on the heel of his foot.

I called my dad on the way to the hospital last week and he summed it up nicely, "I kind of think this may be the first of many scars in that boy's life."

Yes, Miles is fearless and determined to master any physical task in which he feels he is lacking. 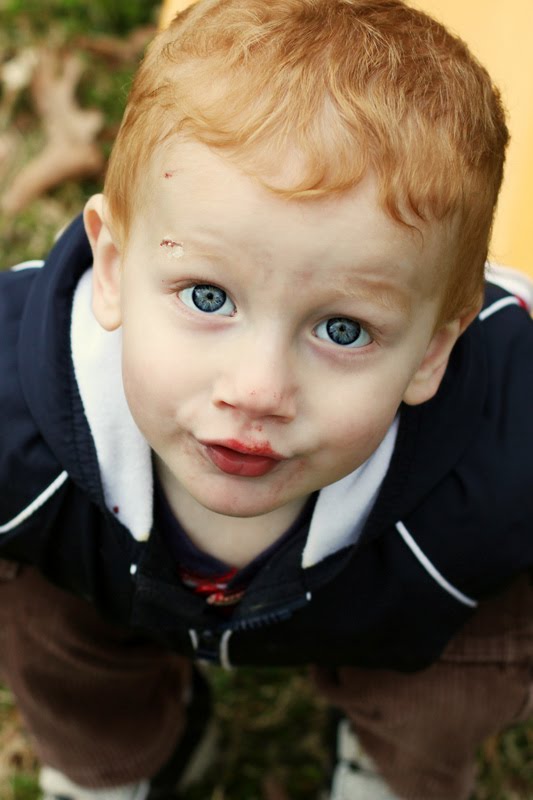