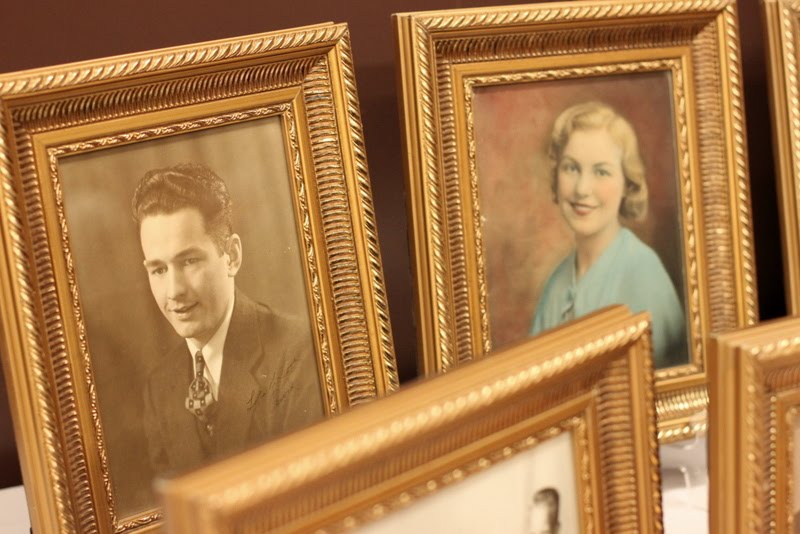 My grandparents met as young missionaries, both serving in Canada, in 1937. After their missions had been completed (my grandpa's a year before my grandma's), they spent only two weeks together before my grandmother wrote in her journal, "Went to assembly with Arvid and then to his place for lunch. Love him, and he loves me. I'll be Mrs. Seth Arvid Dodge someday."

She nicknamed him 'Smiler' in the mission field when her first landlady had said he was the best smiler of all the missionaries. . . and the nickname stuck with him through the end of his life. 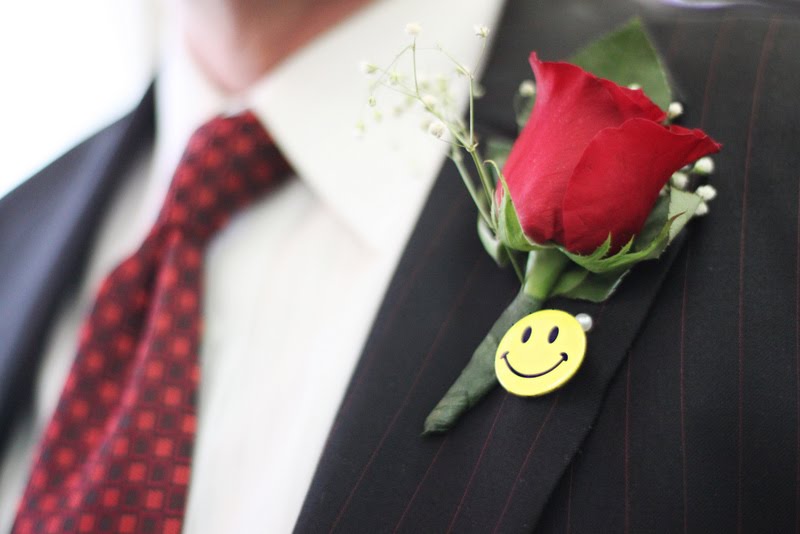 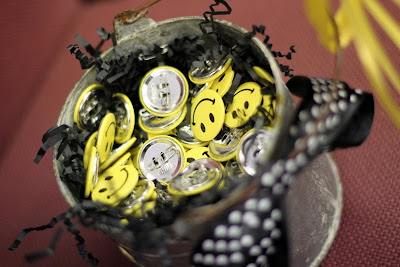 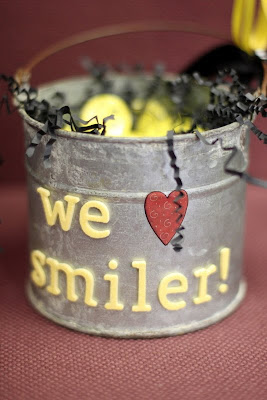 His funeral was both beautiful and inspiring for me. Full of hope, rest and peace. Everyone who attended wore a 'smiler' pin, made by my cousin Heather, to honor his life, his perspective on life, and to help us remember that this was a happy time for him. 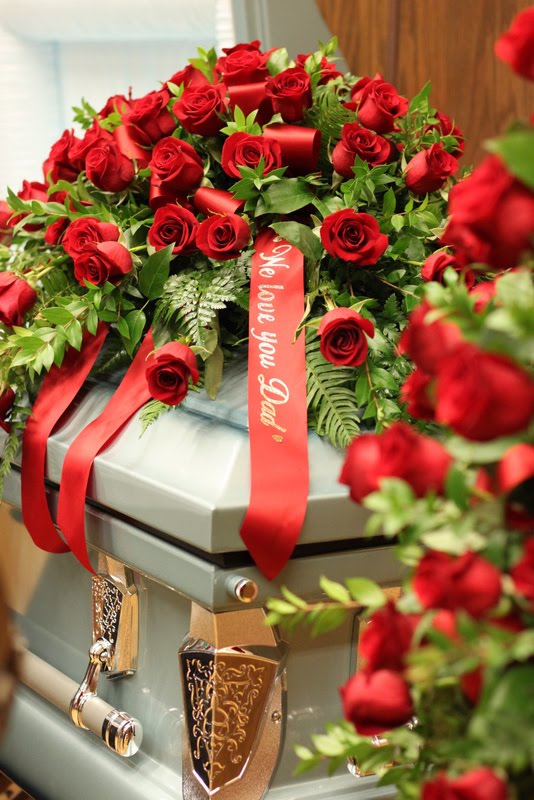 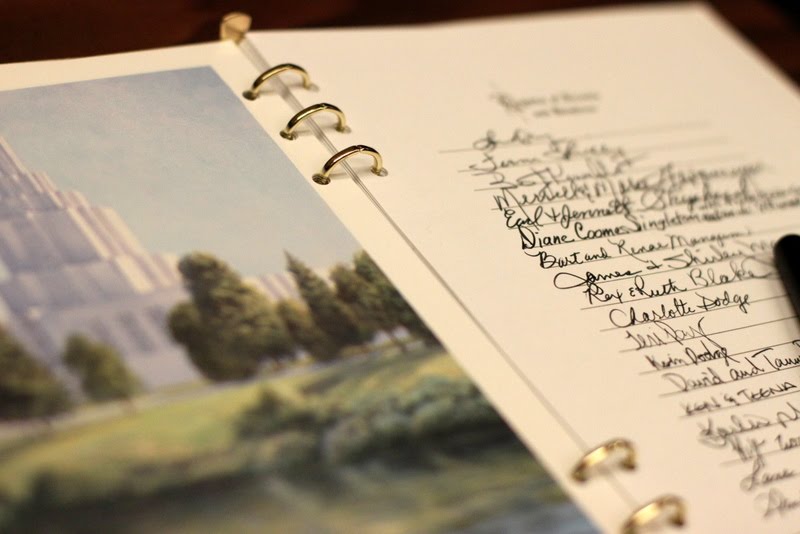 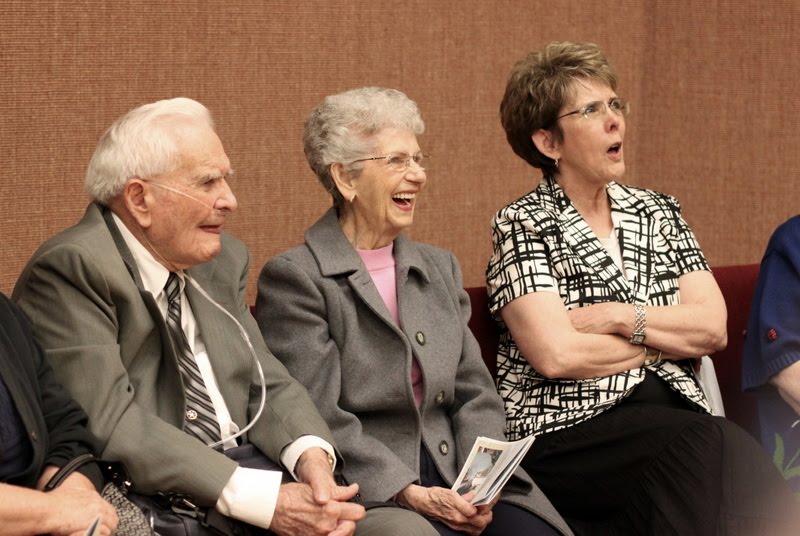 I have a lot of pictures of people that most of you don't know, and I won't post them here...but I'll break that rule with the picture above. The two older people above are my grandpa's brother and sister - delightful people who are easy to talk to and who remind me a lot of my grandpa. Look at her smile. :) 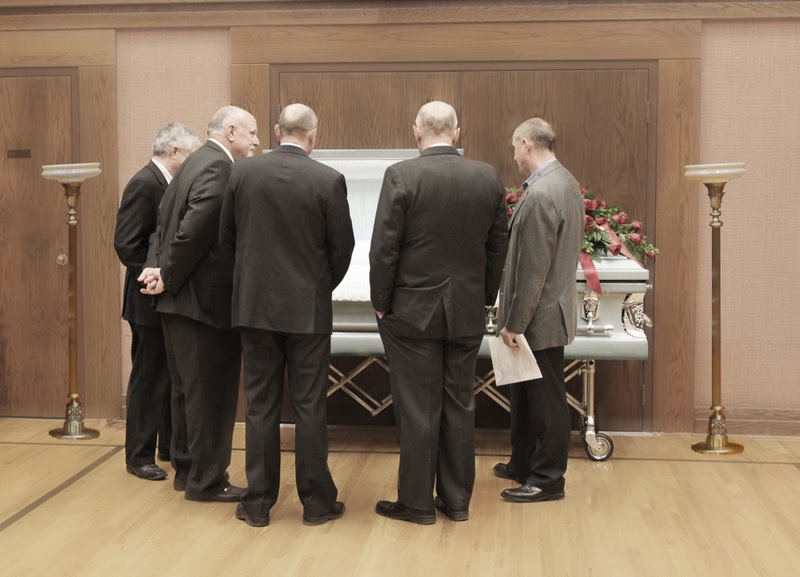 Five of grandpa's six sons (the other one had been there earlier in the evening). It was so touching for me to see just how much respect flows in this family. Over the course of one weekend, I gained a greater knowledge for where I came from as our focus was turned to my dad's family. My grandpa, with his eternal companion, raised a wonderful family.