There are definitely some major downfalls to living thousands of miles away from family...but...I have to comment on one of the best things about it: PACKAGES! Whether it's a holiday package or just an 'I love you' package, few other things light up McKenzie's eyes like the package. (For a while, the mailman was McKenzie's favorite person - now, it's the garbage man, but that's a different story.) 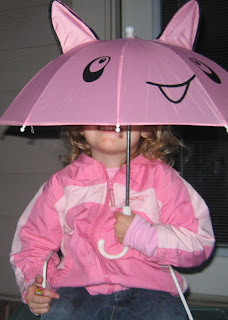 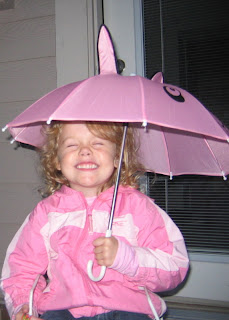 The latest package happened to come from Nana and Poppy in Thailand - and it was a huge hit! McKenzie didn't put this umbrella down for an hour after we opened the package, and still today (a week or so later) she'll pick it up and carry it around for a while almost every day. 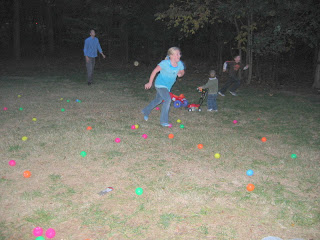 And the balls - well, I'm a little mad about the balls because they're a pain to clean up. :) But, all the neighborhood kids seem to love them!

Thank you, Thank you, Thank you to Nana, Poppy, Grandma and Grandpa (alright, who are we kidding - thanks to Nana and Grandma!) for the countless packages we've opened here in North Carolina. They really do bridge the distance and strengthen the love-bonds. :) (And who says you can't buy love?)