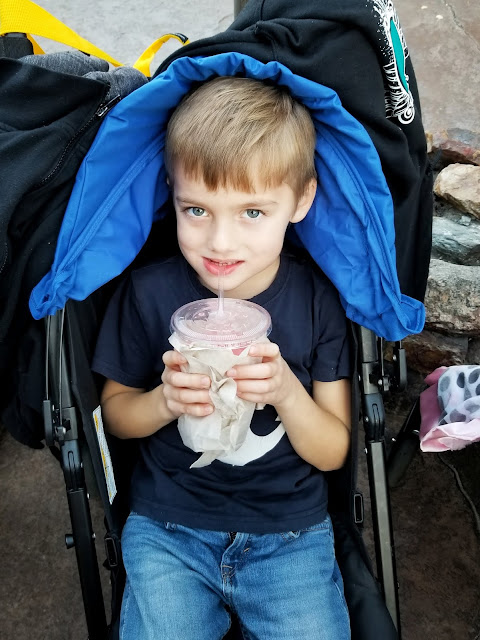 Halfway through the first day of Disney I knew that things weren't going well inside this kid's little body. His energy was drained, his emotions were high, and his throat and head were, as he said, "not feeling very normal."

He sunk more and more throughout that first day and near the end he and I found ourselves sitting alone at a table, his fevered little head resting in my lap, and his sad moans giving voice to the way he felt. Brian and the other kids gathered our dinner while I ran my fingers through his hair and told him how brave and how strong he had been through the whole day even though especially since he wasn't feeling well.

That night when we got back to the house, he asked Brian and my dad to give him a blessing to help him feel better for the next day. In the blessing Brian said, "I urge you to remember to pray for your own health. Remember that Heavenly Father hears you," and after the blessing it was the one thing that Timothy carried away. Before we were even out of the room, he had turned over on his mattress, pulled his knees up underneath his body and had started praying that he would feel better.

The next morning he came bounding into our bedroom early, "Dad!" he said, "Dad! Your blessing worked!" He was feeling much better, he said, though my mama eyes could see the small fever still in his eyes. We cuddled him into bed with us and we talked about all the different ways Heavenly Father answers our prayers.

"Sometimes he answers our prayers just the way we want him to," we explained, "and other times he answers them in a different way. But either way, we can have faith and trust that he is answering them the very best way for us."

Full disclosure - Brian and I totally had an agenda with this conversation.

We didn't really want to carry him around the whole park as we had the day before, you see, but he is quite opposed to the idea of even touching a stroller these days (he feels it's offensive to his 5-year-old status, I think), and so we wanted him to come up with the idea himself that riding in the stroller during the day would be a very smart way to take care of his sick body. It totally worked.

At the end of the conversation I said, "You may still feel a little sick today, love. But with the blessing you received last night and the prayers you have said for your health, I know that Heavenly Father can still help you have fun today, even if you don't feel the greatest."

He gave hugs all around and jumped up, excited to go through the day with Heavenly Father's help.

And through a perfect mixture of extra treats, Ibuprofen, and divine endowments, this kid had an absolutely amazing day. 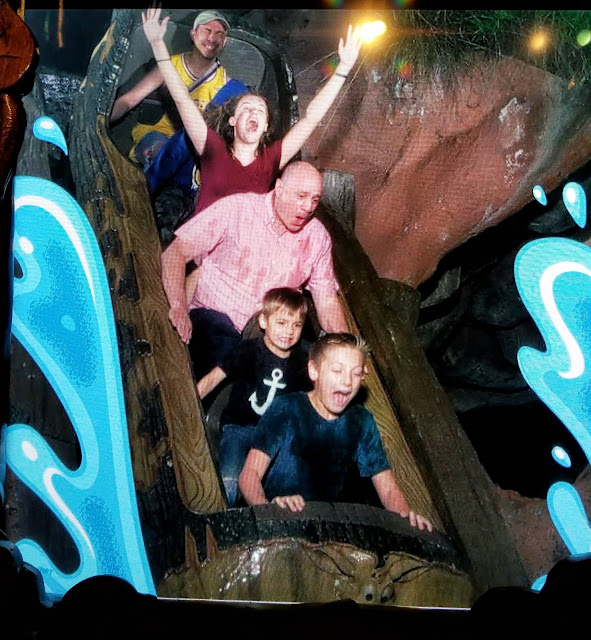 The rest of us had a great day, too. Disney in January is the best because the lines are so quick. We were disappointed, even, that we didn't get to play as many line games as we would have liked. 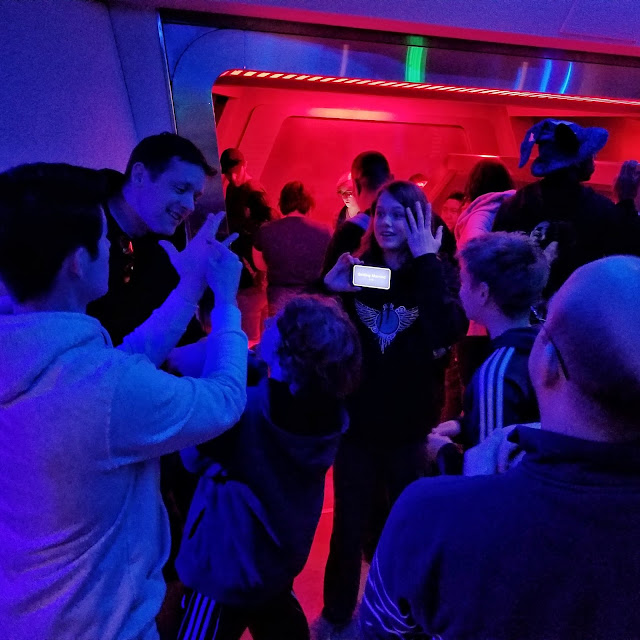 I'd never played Headbands charades style, and man was it was hilarious! I took a step back at one point just to watch, and had to laugh, over and over, at the sudden fits of movement our whole crowd would burst into. It was funny.

And while we were laughing and playing in line, the true stars of the Disney show stayed behind and played with the babies. 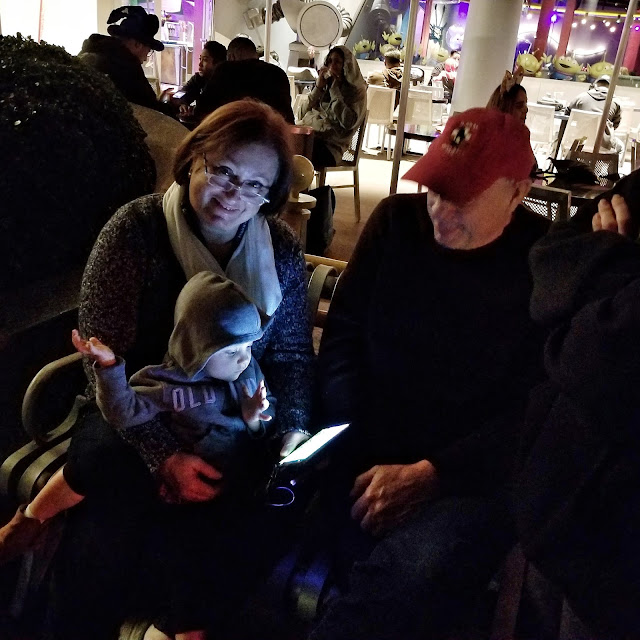 My mom and dad were completely amazing. Over and over and over they offered to take the babies and then watched us go off to enjoy the rides. If it got harder as the days turned into nights and the emotions of no naps took over the brains of the little ones, they never let us know. Instead, they seemed to enjoy the tantrums and felt grateful for the time they spent with those little ones. We are all so lucky to have them!
posted at 5:57 PM