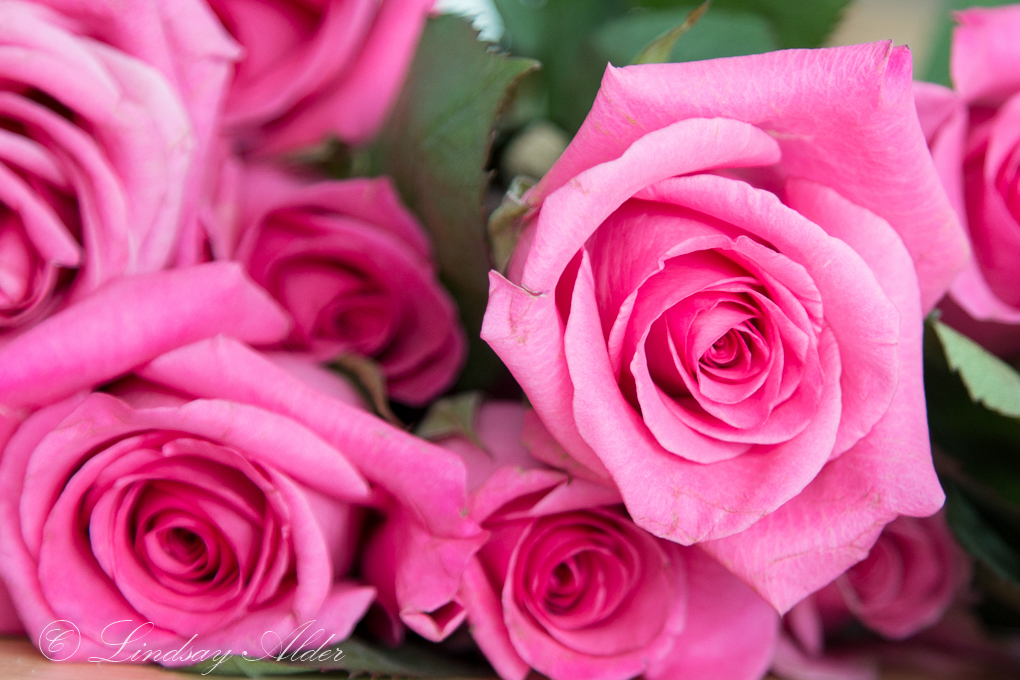 It's been interesting to see how all the days kind of feel the same around here.  The lack of seasons has tricked me into believing that the months really aren't ticking along at all.  I mean, I see the pages flip through the calendar, and I believe what they tell me, but there are times where I feel like we're just kind of living in a sort of Groundhog's Day existence (though, if I could handpick a scene in which I'd want to have that experience, this would be the one).

For example: when we first got our new van, I was happy to see that it had a thermometer built in, but after driving it along for about a ten days, I determined that it must be broken because every single time I looked at it, it said 80*.  Then one day, it read 79* and I realized that the thermometer wasn't broken at all... we're just living in Florida.  (It was winter then... hence the frigid temperatures.  It's back up into the 90's now.)

This fact has made holidays rather stressful for the simple reason that I don't anticipate them.  At all.  I don't think about them, plan for them, remember them, feel their demands approaching... which, in the beginning, created more than a handful of stressful last-minute pow-wows with myself to pull them off.  (Remember how Brian and I completely forgot about our anniversary this year?)  As the year went on, I decided to just relax and not let the stress get to me.  If things weren't planned, well then life would go on and my children would not remember the year that the leprechauns didn't invade the house. 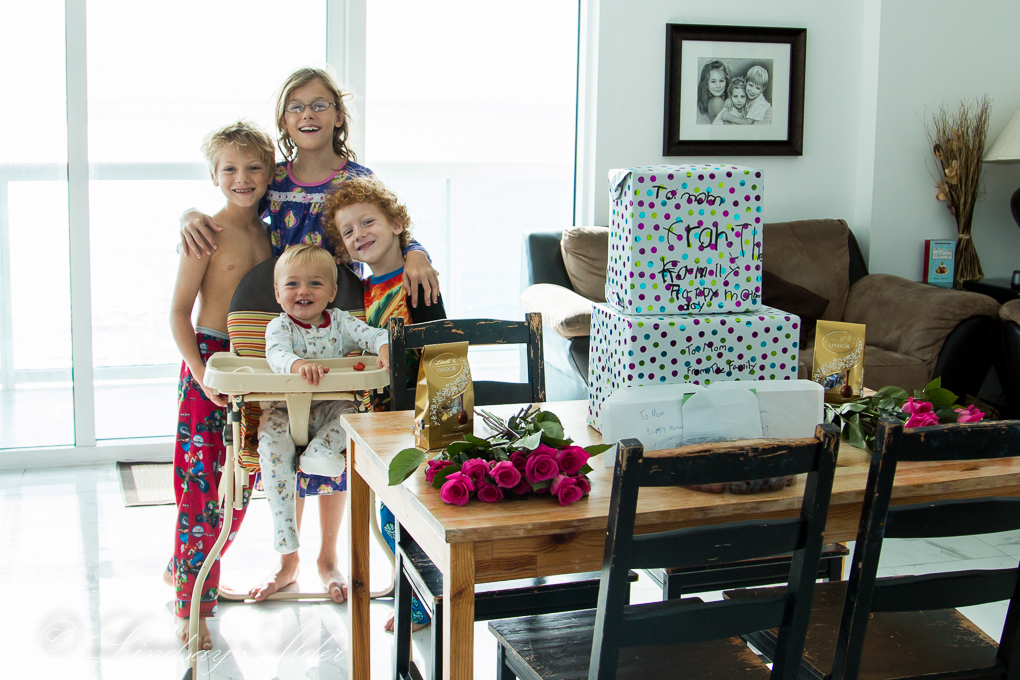 Brian went way above and beyond this year.  He's generally amazing at showing his appreciation for me on a sort of random and unscheduled day basis that I would imagine Mother's Day would be hard for him to make even more special.  But he always manages it and seems to delight in showering me in love and gifts, and who am I to stop his delight?  Of course, my favorite gifts were the cards.  McKenzie wrote "I know that my mom loves me because she never stays mad at me for long."  Carson wrote "I know my mom is very smart because she knows that 100+100=200."  And Miles wrote "I love her because she sometimes do's my chores."  So, there you have it.

Easter, on the other hand, was a bit of a mad scramble as I remembered the holiday less than 24 hours before its dawn.  I actually do not like Easter at all - at all, at all - because I haven't found a good way to celebrate it yet.  I'm frustrated that we spend so much time preparing for and talking about and getting into the spirit of Christmas, yet Easter seems to be all about candy.  I would argue that the resurrection of Christ is the most important event in history (but granted, it couldn't have come to pass without the birth of Christ, so that is important as well), yet it seems that the holiday created to celebrate Him and this event is more overshadowed by the Easter Bunny than Christmas is by Santa Clause.  Sigh.  Anyway, I realize that, being the mom, I have the power to change this about my own little family, but I just haven't put the work into it yet... and so for the past three years as Easter comes around, I've felt much more resentfulness than sacredness.  Which is a shame.  Next year... next year.  Any ideas?

Anyway, I tried to not be too big of a Scrooge... we had a great time dying Easter eggs.  And finding them, too. 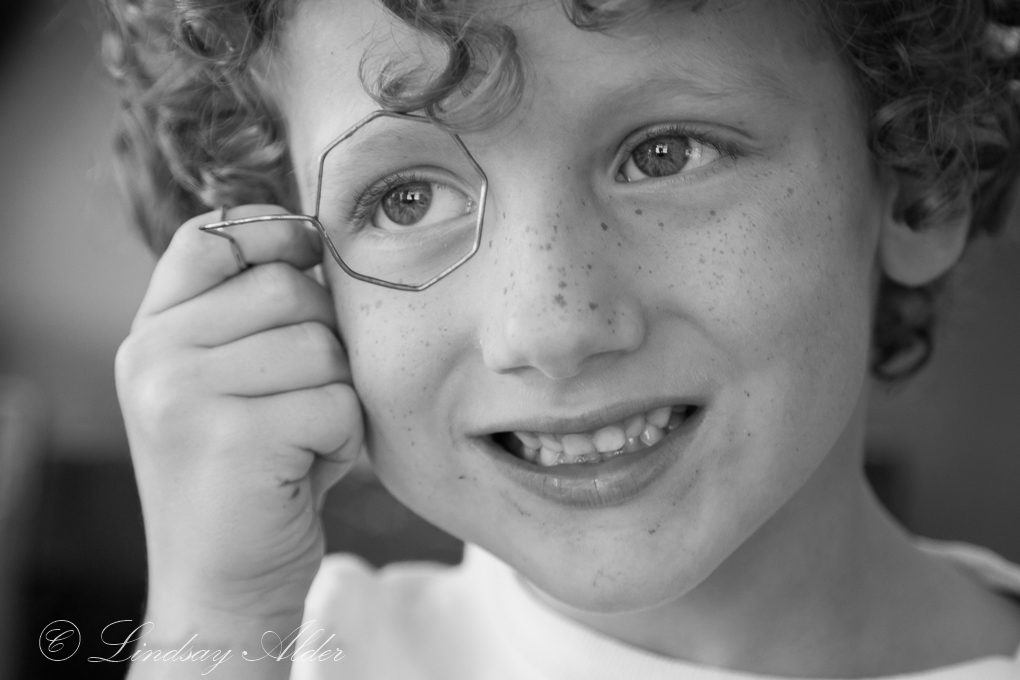 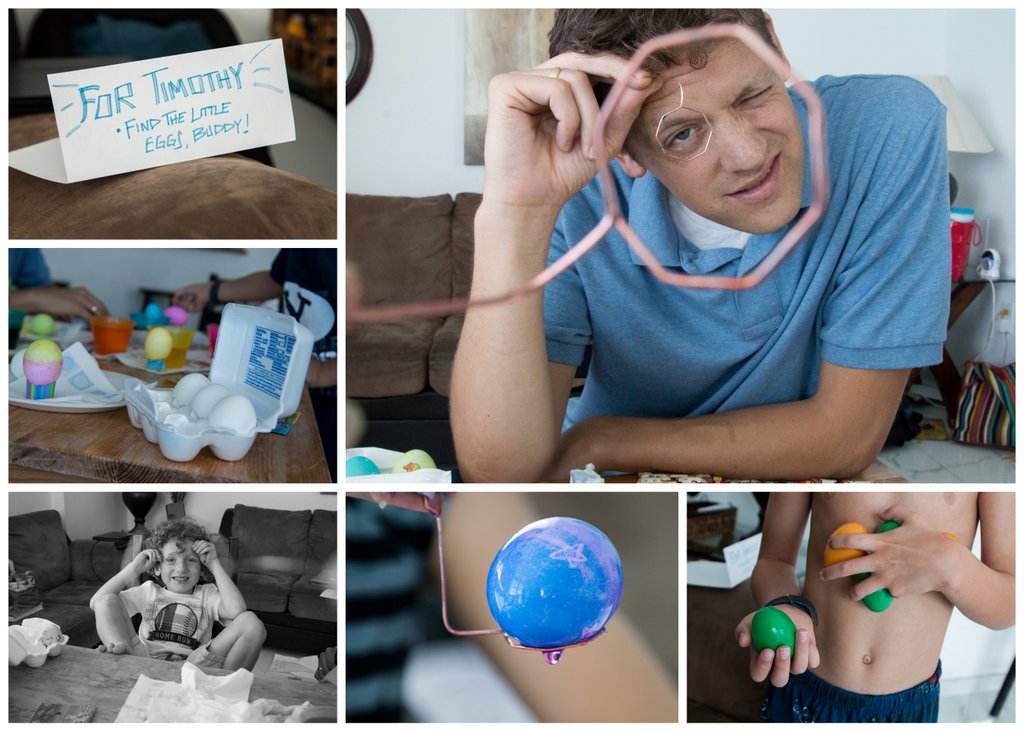 After you look at the adorableness of this next picture, you really should take a minute to look in the shadows in the far right of the photo.  It will be worth it. 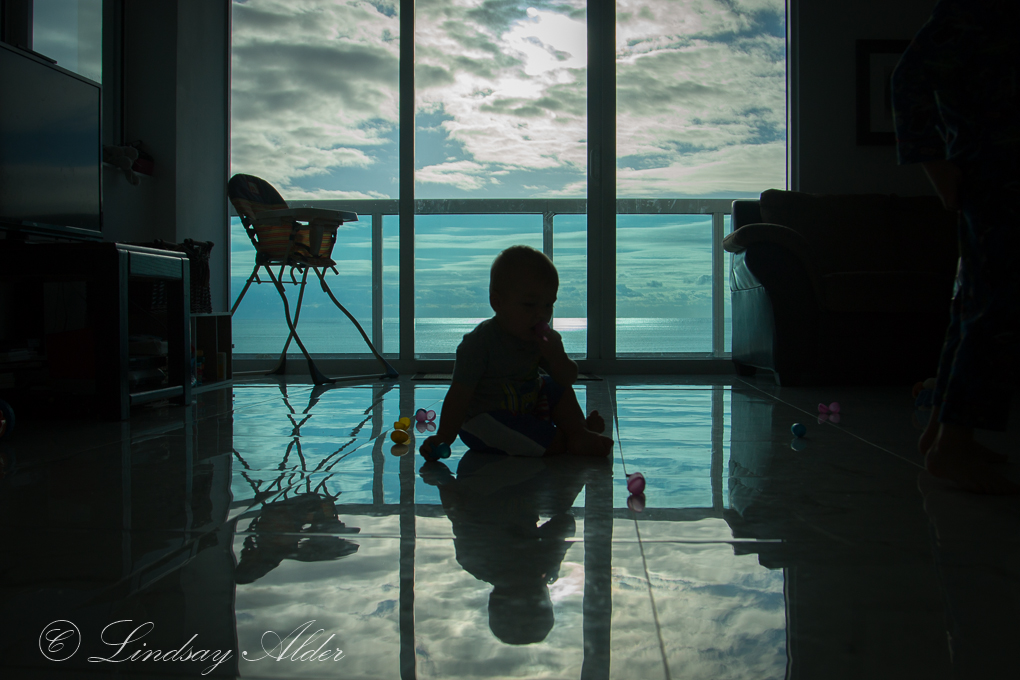 April Fools Day was one of those days that I didn't even remember until halfway through the morning when I read an article about it online.  Thankfully a quick Google search later reminded me that I had not, indeed, had the children brush their teeth that morning yet, and that a drop of blue food coloring underneath their toothpaste would get the rest of the day started off right. 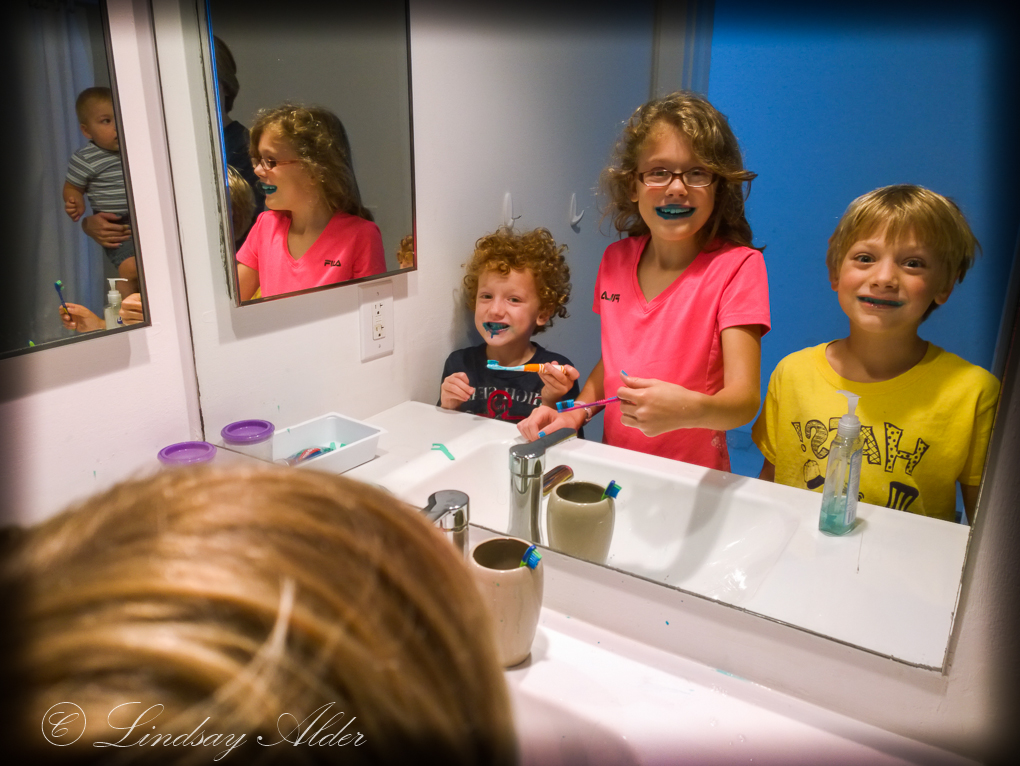 Oh how they laughed!

An hour or so later, I happened to spot a green plastic cup on top of a doorway.  Hearing giggles and whispers behind the door let me know that the kids were anxiously waiting for me to come through that door to 'see what would happen'.  I was pleasantly surprised to find that they had graciously put warm water into the cup, so that when it fell onto my head there was no cold shock.  McKenzie laughed so hard that tears poured out of her eyes.  Oh how I love it when she laughs like that.

As a teenager, I used to try to get tears to squeeze out of my eyes from laughing, but it never happened.  I guess my tear ducts just don't get tickled by laughter like other people's do.  McKenzie's friends will be so jealous.

Anyway, I really do love holidays and the excuse that they give us to celebrate.  But I think that this year has taught me to treat Life as a celebration. Some of the holidays have slipped through my fingers this year, but I've learned that stepping down a little from the preparations of the planned holidays isn't such a bad thing.  It allows me to magnify those day-to-day celebrations instead.  Dancing through lunch, singing to soundtracks, playing Uno, having tickle wars, racing the kids in Mario Kart... I have a feeling these are the celebrations we'll remember as the most beautiful, and most meaningful anyway.
posted at 9:06 AM