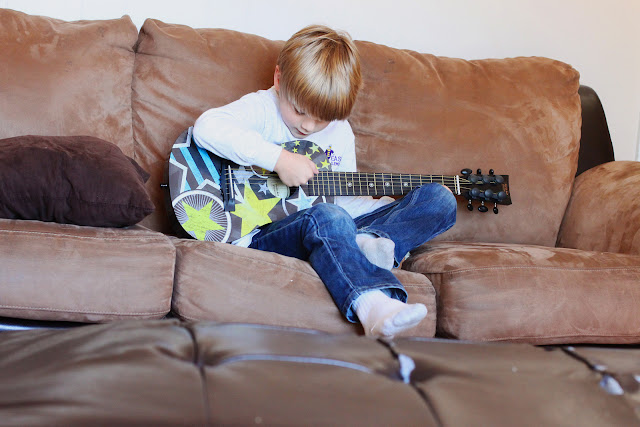 Sitting around a bonfire over ten years ago with 15 other students from our apartments at BYU, Brian taught me how to play a song on his guitar.  We were in that super fun does-he-like-me phase (fun if you suspect the answer is yes, that is) and I was all too aware of our shoulders softly touching and the way his fingers almost touched mine, but not quite, as he showed me where to place them on the strings.  Unbeknownst to me at the time, my roommates sat across the large bonfire and watched us.  "Oh, look!" one of them said to the other in a dreamy tone, "they're having a moment."  It was true.  We were. 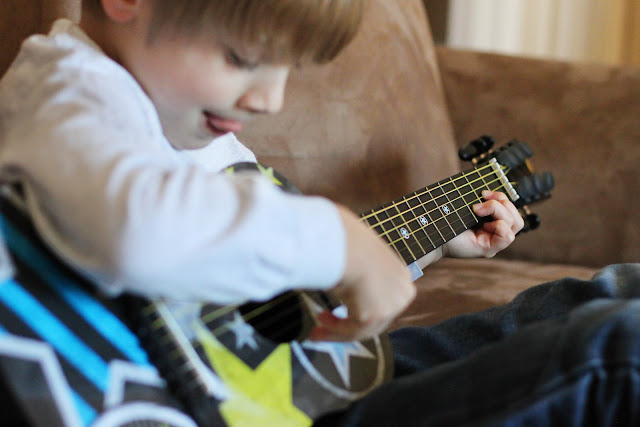 Something about seeing this handsome boy work his fingers raw to get that D cord just right pulled my heart back to that moment.  I hope he has a girl, someday (in the far, far future (but not too far)), that feels the same way about him as I feel about his Daddy. 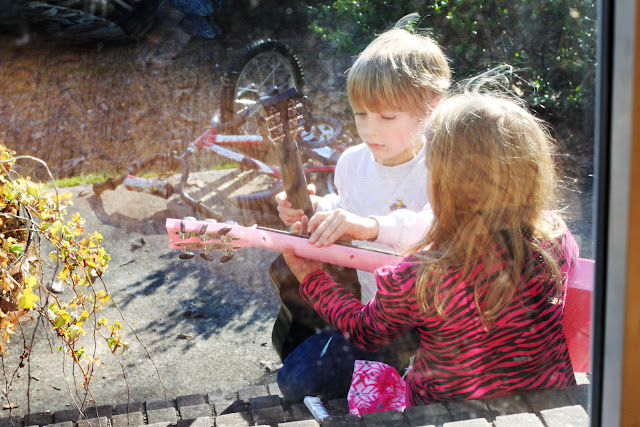 He was quite proud of his D-Cord Skills and was all too eager to show them to his sweet friend, Kaileigh.  (KAY-lee) 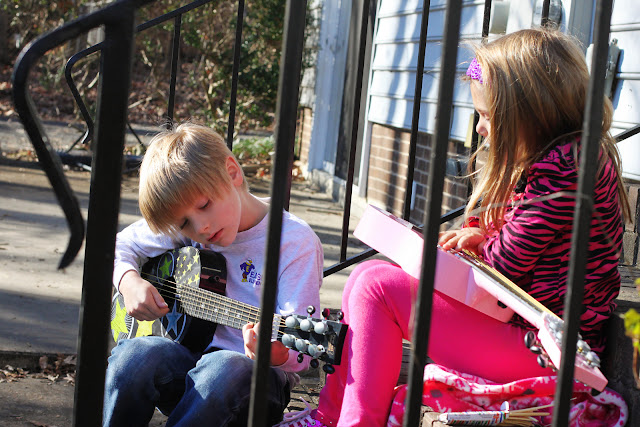 "You have to push down H A R D," Carson explains. 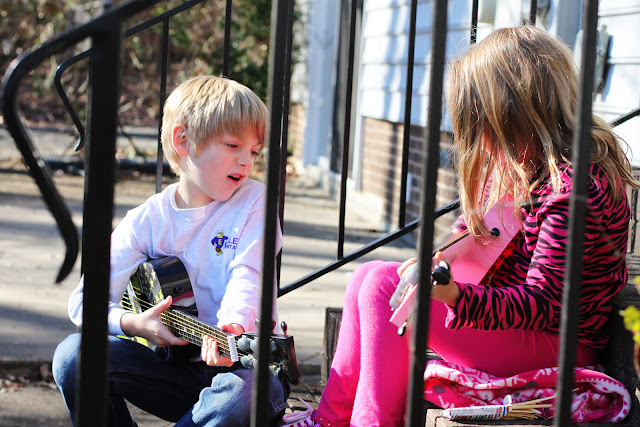 If you don't know the context, he looks like he's seriously jamming below.  But really?  He's just showing how hard he can push the strings down. 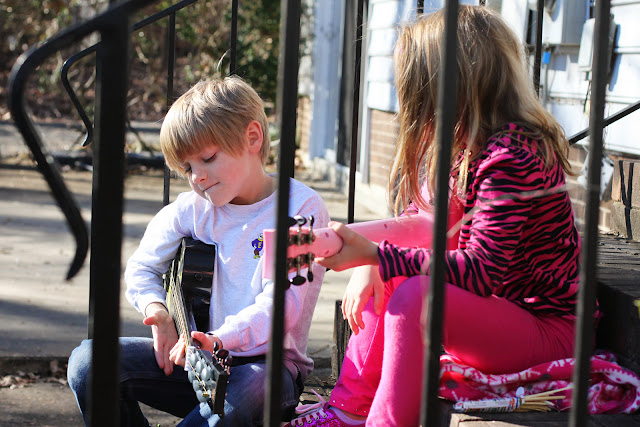 Maybe he pushed down slightly too hard.  "Oooo, ouch," he said.  Kaileigh ignored him and tried it out for herself. 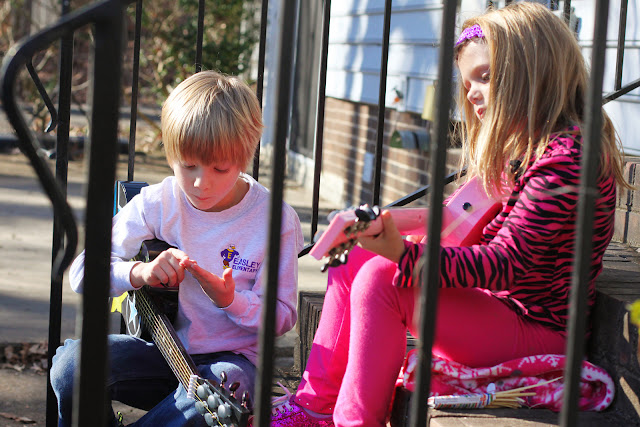 "See these prints on my fingers?  That's how you know you're doing it right." 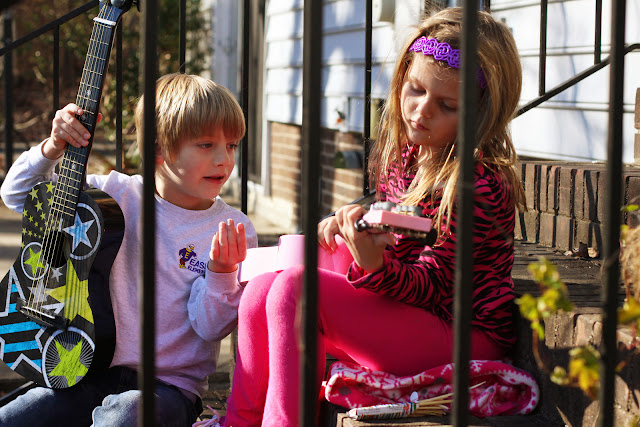 I totally have a crush on my six-year-old.

And, speaking of moments, I just about walked straight into the middle of this one: 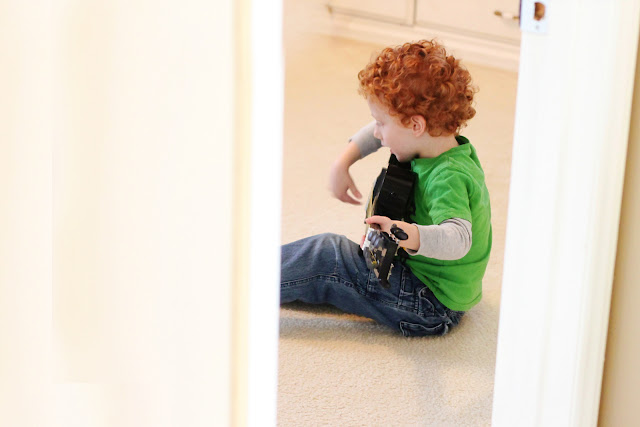 Thankfully I stopped in time to snag this picture before the moment was gone.  Keep practicing, guys.  Soon enough that D cord won't stand a chance against you.
posted at 5:01 AM