Some pictures are just SO ugly, you have to share... 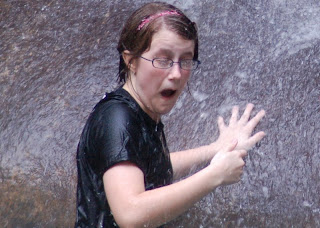 So, while we were in Thailand, my mom captured this picture of Amber. After seeing it, I caught a case of the giggles so badly that my stomach hurt the next day. I tried to justify my laughing to her: "There are four categories of pictures," I said, "Pretty pictures, normal pictures, ugly pictures, and pictures so hideous that you have to laugh, and strongly hope that you don't actually ever look like that!" 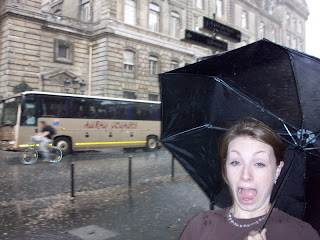 Well, she was a little less than amused...so, Amber, I want you to know that after I saw this picture of myself (taken by Brian in France when we were caught in a mighty wind and rain storm), I had to laugh - because I hope this, too, falls in that final category. :) Just think of it as something else we have in common - we can pull some nasty faces!

PS - to all of you who keep asking me to post pictures of France, I promise I will! I'm still in the process of sifting through them all.......
posted at 8:17 PM