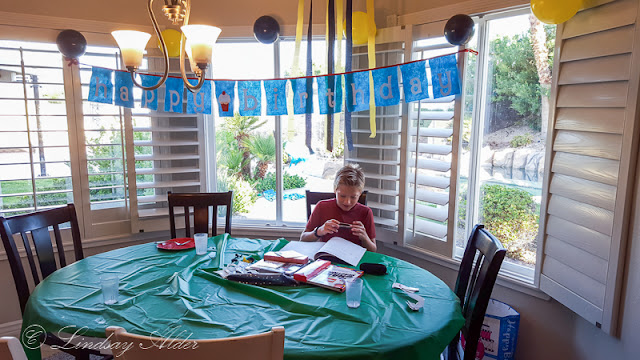 For the first time ever, Carson had to go to school on his birthday. 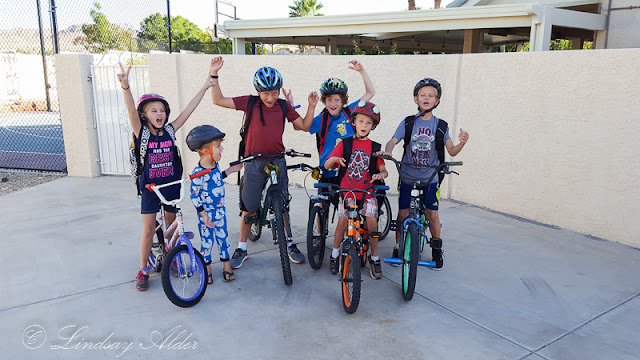 A year ago the district changed their dates and is now starting the school year much earlier than they have been in the past (second week in August), and is getting out much earlier than they have in the past (end of May). There's a lot of chatter about the changes (because there is always chatter about changes) but I am of the opinion that this is a great thing. I love to have my kids get out of school at the end of May when it's not quite so hot outside so they can do fun things outdoors. And then they start back in school while it's still the blazing middle of the summer so that they spend all the hot, dangerous sun hours inside an air conditioned building learning about the world around them. I have to do much less entertaining throughout the summer this way.

Anyway, back to Carson's birthday. When we were trying to figure out how to make it special for him Brian and I knew that there was one word that needed to be a giant part of the solution: food. 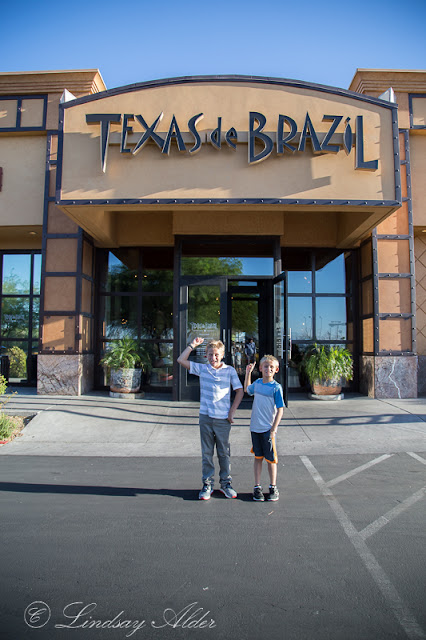 Carson absolutely loves food. And he has loved it ever since he was a baby. And what better way to celebrate with food than to take him to a Brazilian Steak House?! He was completely on board with the idea. 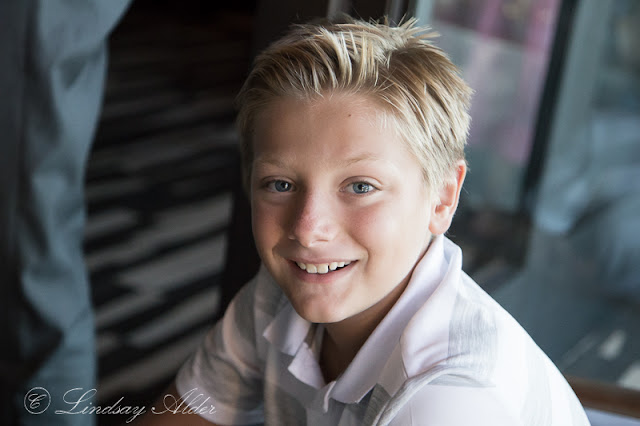 So we told him to go grab his best friend, Chandler, and hop in the car for some all-you-can-eat meat. 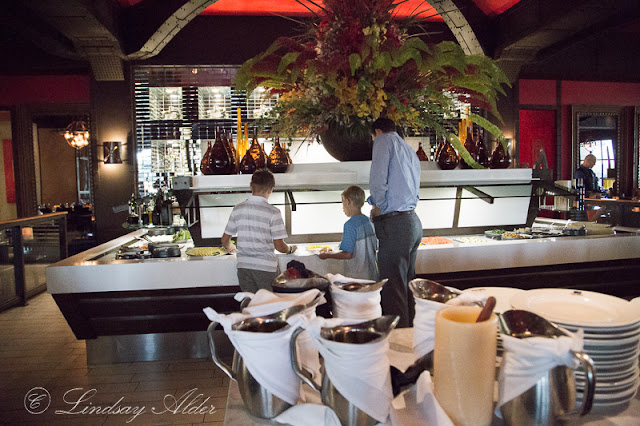 The boys had a fantastic time. 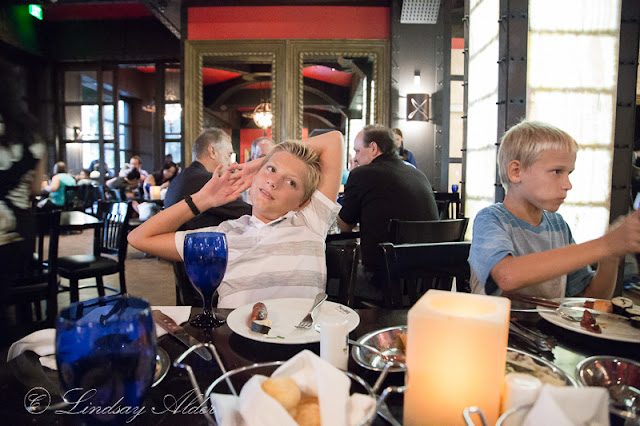 And at one point I noticed that Carson had a big log of sausage on his plate while Chandler had two rolls of sushi on his. It seemed to fit their individual personalities so well. 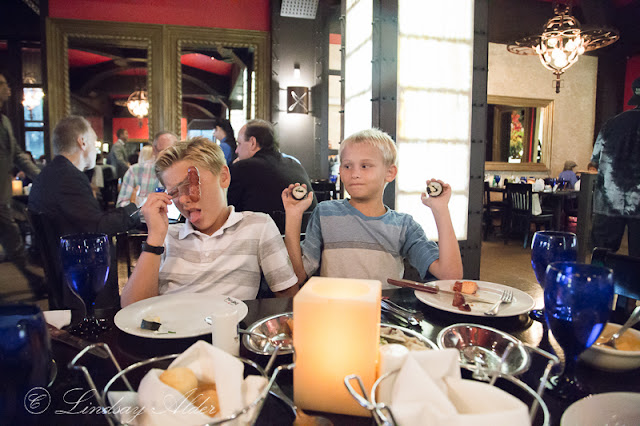 Carson is such a beautiful kid. He is sweet and compassionate, and shares his heart with the world. He can make the best of us laugh with his quick wit and he is truly one of my very best friends. Happy 11th birthday, my love!
posted at 2:30 PM