The ornaments of your home
are the people
who smile upon entering
time and time again.
~Maralee McKee

One of the very best things about living in Vegas is that people come here.  A lot.  It's a great stopping point for people traveling from here to there and from there to here, and it's also a pretty good destination point in and of itself.  Plus, it's relatively central to all sorts of things... and so people come.  And when they come we try to bribe them into staying with us.  We love visitors, and it turns out we landed in a pretty great place to feed that love.

*Mom and Dad
First up this spring were my parents.  We always love to have them come because they are super laid back and happy to do whatever.  This time, we took them to the marina to feed the gross fish. 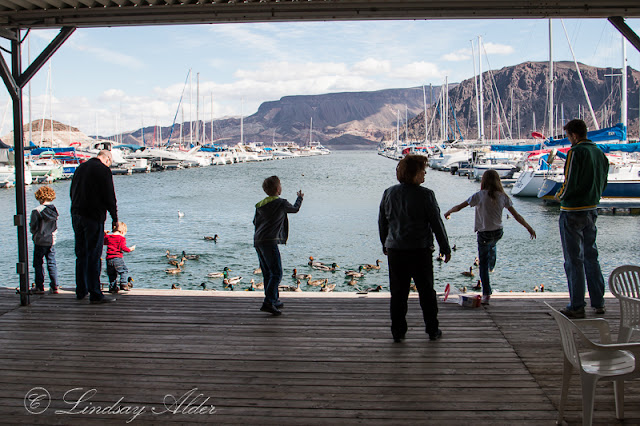 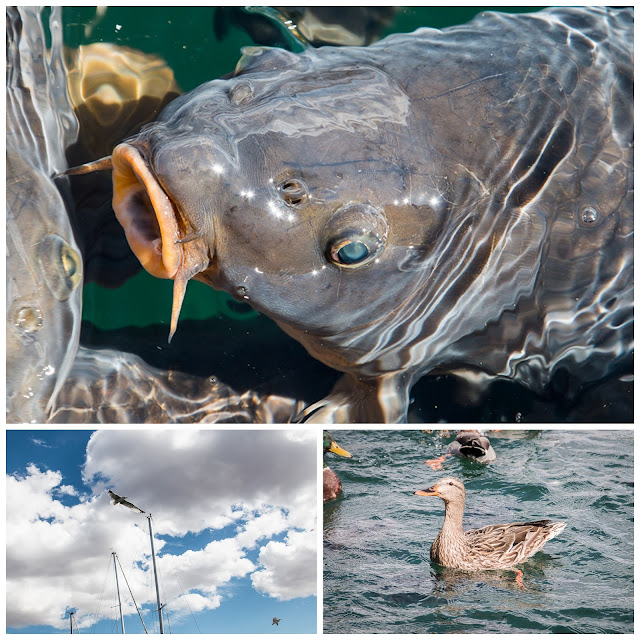 But mostly we just sat to chat.  Which is exactly what my soul needs sometimes.

*The Birdno Family
Next, the Birdnos came from Arizona.  We took them to hike over the bridge that overlooks Hoover Dam. 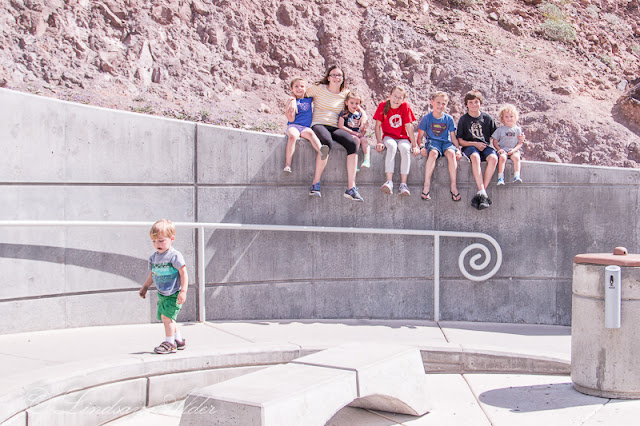 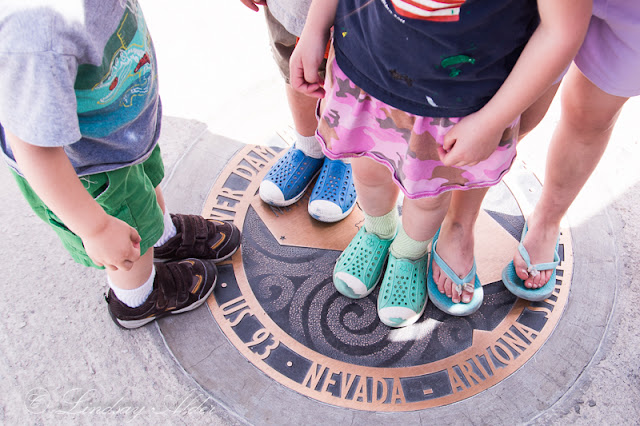 It was a good thing that no one was afraid of heights - because there were some serious heights. 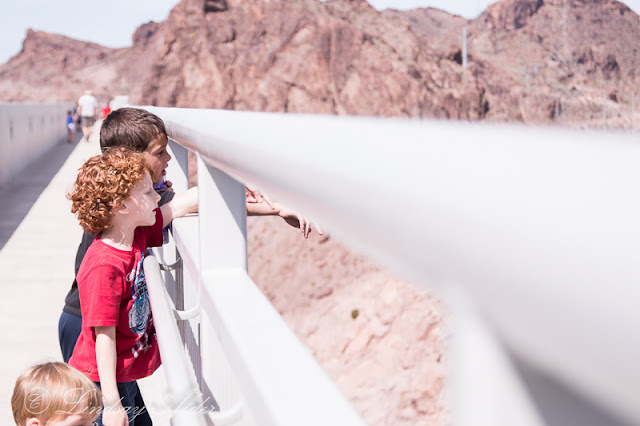 The lizard below is quite inspiring.  I think I'm going to go buy a whole new wardrobe in Couch Color so that I can sit really still on my couch when the kids are swarming around asking for things. 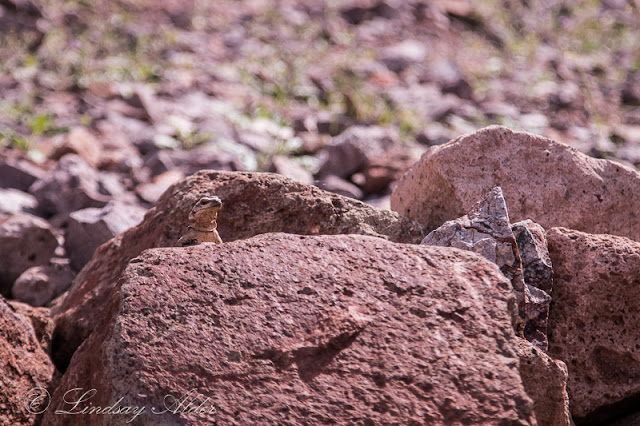 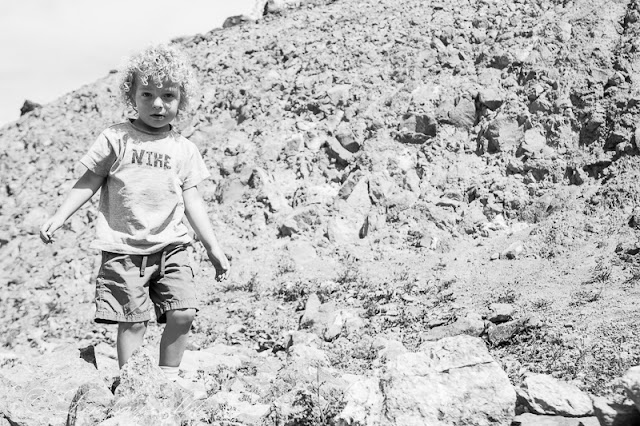 After hiking around in the awful hot sun and super red dust, we stopped by the 'beach' to cool off.  The beach in this sentence means the jagged, rocky incline that leads down into the lake that will cut your feet if you don't wear proper foot attire.  But the kids didn't care that they didn't have water shoes. They didn't even care that they didn't have swimming suits. We only had one tiny little blip in the fun when Teek decided he wanted to try swimming by himself.  Thankfully Merrill was close enough to save him.  Unthankfully, Merrill was quite wet after his heroic act.  Thanks, Merrill. 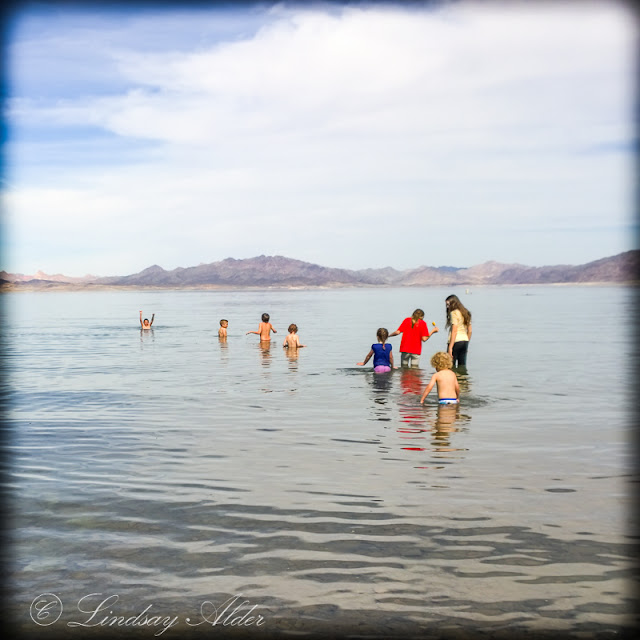 We finished off the Birdno visit by filling out brackets.  Yes, we are talking March here.  I realize that we are now in September and closer to next years March Madness than we are to last years.  But, moving, remember? 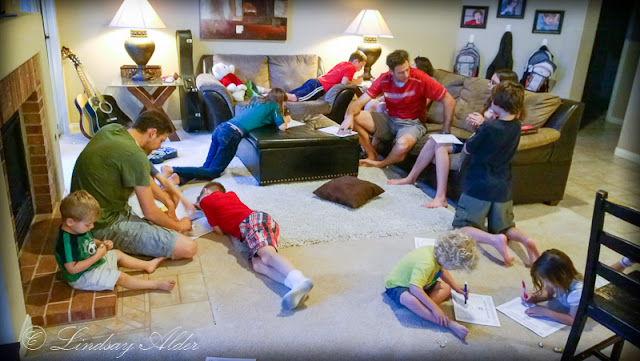 *Michelle and Jake
Boy these two are fun to hang out with!  We took a grown-ups night out on the town and saw all sorts of odd and wonderful things.  We also saw some odd and not wonderful things (we are in Vegas, after all), but we won't give those any more attention. 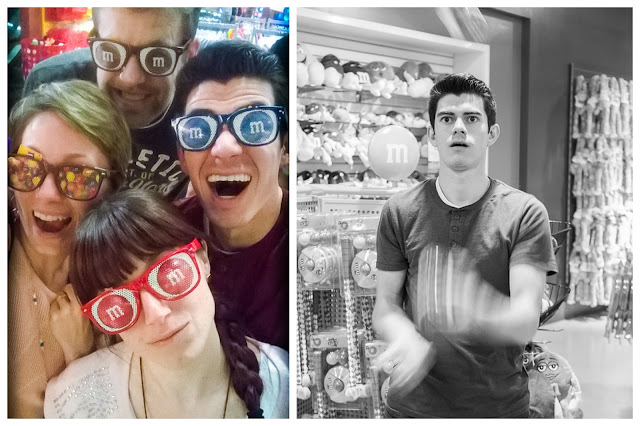 The M&M store is highly entertaining.  And, interestingly, it's even more entertaining when there are no children around. The children just don't realize that $8 plus any future children you have is too much to pay for one bag of M&M's.  They just want and want and want... but the grown-ups?  We just played. 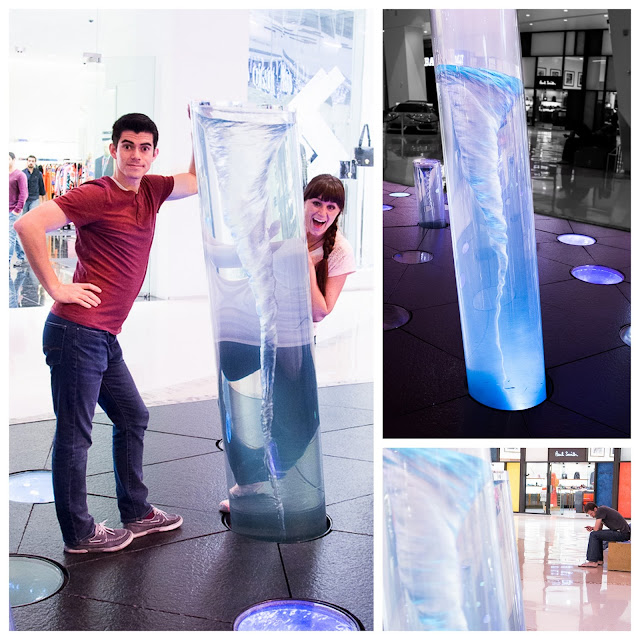 Spinning, swirling vortexes (vortices?) of water and light?  I'm in love.  And I want one. In my closet. And purse.

Notice the bottom right picture in the above collage - Brian really tried hard to be a part of our night, but March Maddness was going on, you see.  And if Brian were to make a priority list of Most Important Things, March Maddness would be etched into the top spot with his own blood. 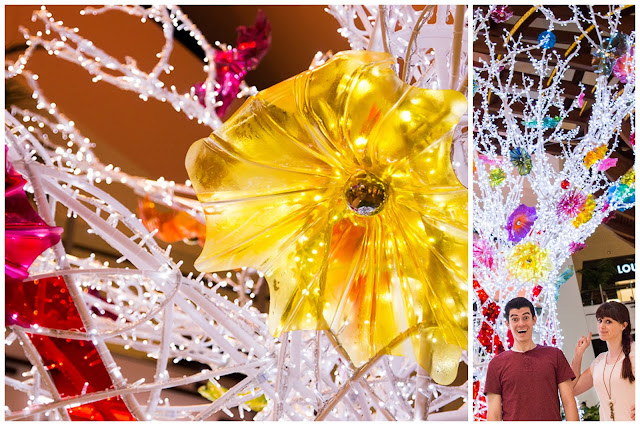 But Michelle, Jake and I had fun!

During the light hours of one of our days, we took the kids down to the strip (a risky move that involved an impromptu discussion of Why People Would Even Want to Look at Pornography and of the importance of keeping your eyes straight ahead. Don't look down sweetheart.  Oh!  Don't look up too high, either! But really.  Really don't look down).

This next picture just makes me laugh. 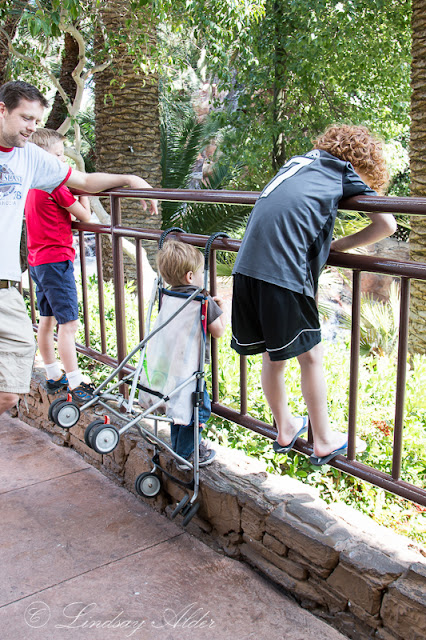 In a far more family friendly outing, we drove out to the red rocks and hiked around one evening. 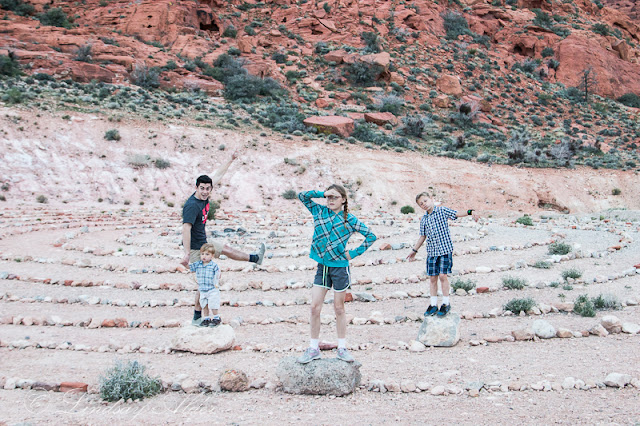 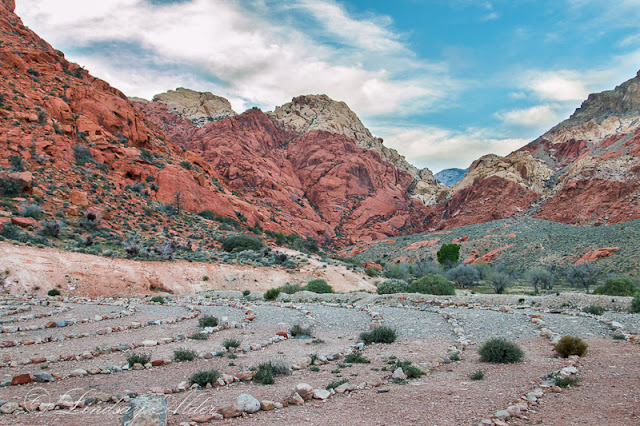 And then we went to the park where McKenzie showed off her impressive monkey skills. 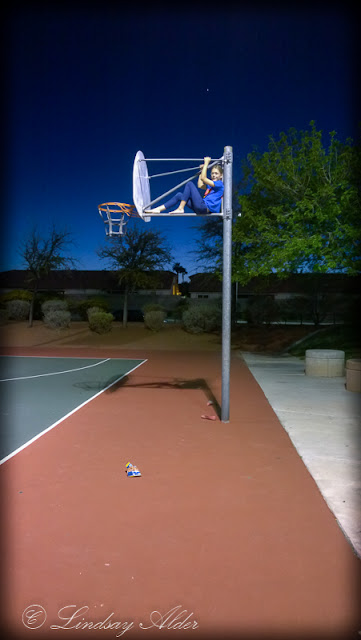 *Tessems and Burtons and Walshes 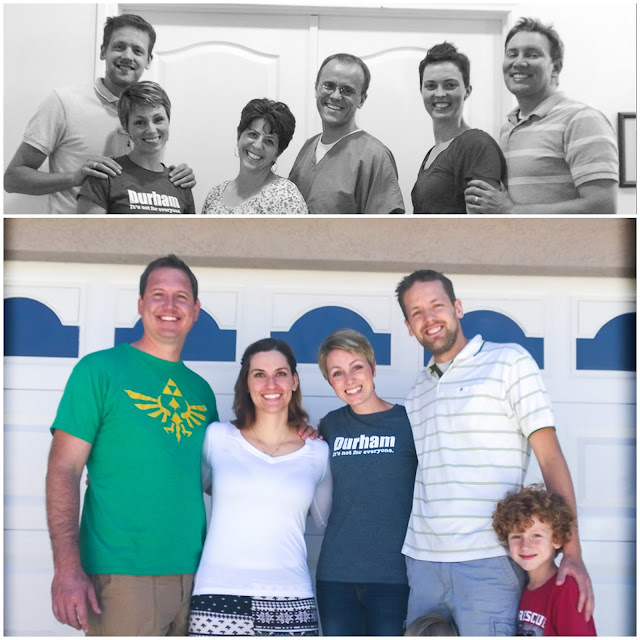 These two family friends pictured above did not come together (nor did they even come in the same month), but they all make a very happy impression in my life.  Everyone like me (who tends to take things a little too seriously), needs to have a handful of friends like this who you can count on to simply make. you. laugh. I love these people and was so happy that they stopped by on their way from their comings to their goings to say hello for a few hours.

Not pictured is a fun family called the Walsh family.  Spencer was one of Brian's old high school buddies and I met and became friends with him in college.  We hadn't seen Spencer for probably a decade, so it was awesome to have him come stay with us for a night on his way back to Utah from California with his super cute wife and awesome kids. 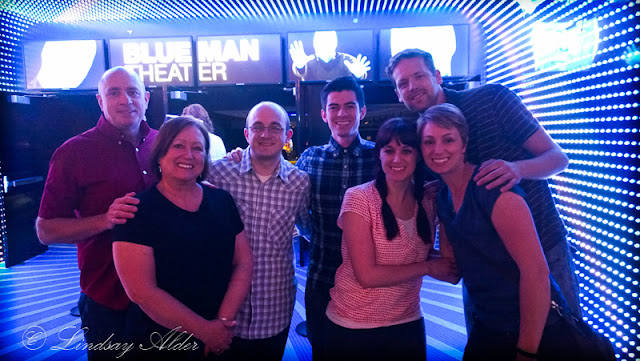 My family is highly impromptu when it comes to traveling.  Sometimes it drives me crazy since I get rather stressed and nervous if I have to travel without a fair bit of warning myself (love you guys!), but this time it was awesome because they all came to me! (Which I could do impromptu any day of the year.)  The weekend before my brother flew in for a visit, the whole family decided that they'd like to come, too.  We were sad that Amber and Caleb couldn't get work covered on such short notice, but it was fantastic to have the rest of the family there.

We filled some of our time with the Blue Man Group and laughed until our insides burst. 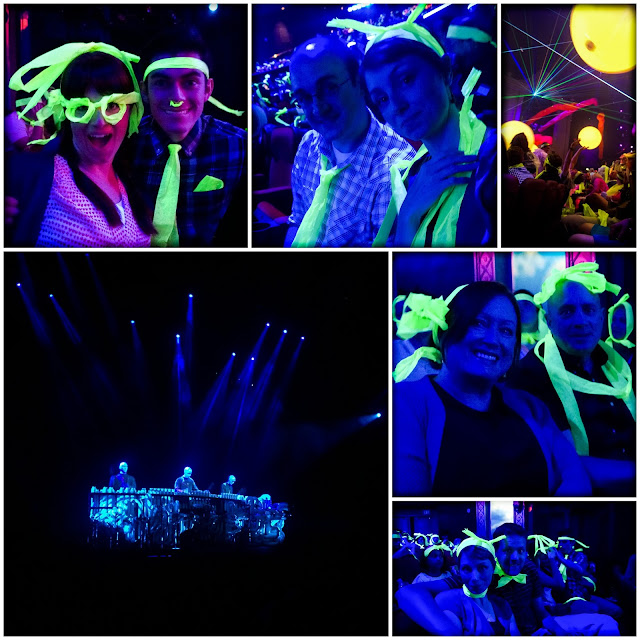 We also ate at the shake shack.  Twice.  In one evening. It's true. 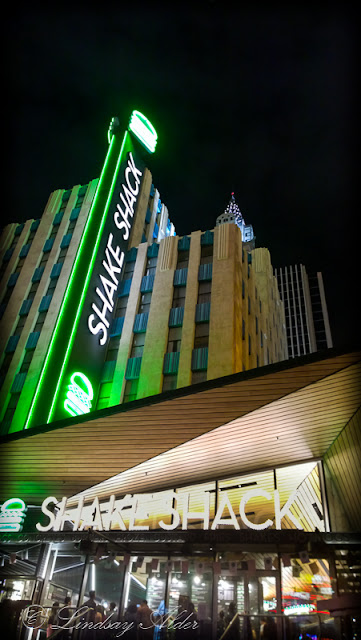 One day, we went to the cactus gardens where we saw tons of different kinds of cacti - and instead of showing you any of them, I'm going to show you a picture of McKenzie resting in the patched shade instead. I only had my phone with me, you see, and it was mid-day, so none of the pictures were all that impressive, anyway.  The heat makes us all rather prickly at times, so it works. 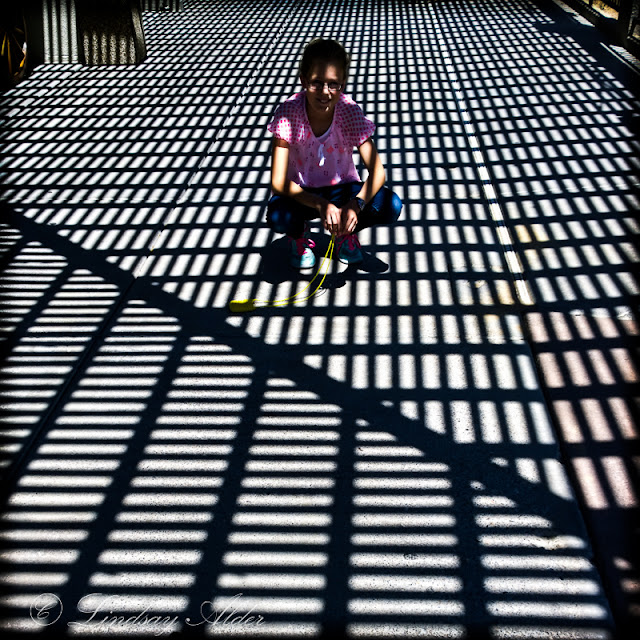 Though, I did love this one. 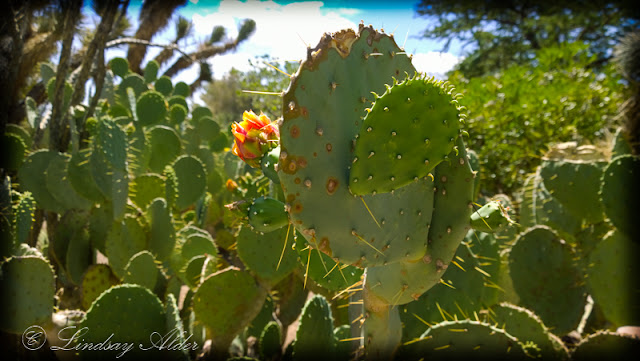 My heart felt rather heavy this past year, missing green things and drying up like a prune and all.  But thank goodness for the happy people who have come into my home to make me smile and to cheer my heart.

Visitor's footfalls are like medicine; they heal the sick. ~African Proverb
posted at 3:00 PM