Party at the Pad

Last spring we traveled a lot.  And we had a lot of visitors come to play.  But in between all those festivities we also had a bunch of Fun Around the House moments.

*The kids got really into making forts out in the driveway.  They would pull all sorts of things from the garage and the closets in the house to construct their abodes and were always surprised when the end of the day came and I asked for it all be put away. It's just that, it didn't seem like a good idea to leave it all out in the front yard overnight, ya know?

One day I looked out the window and the whole scene looked like it belonged in a story book. 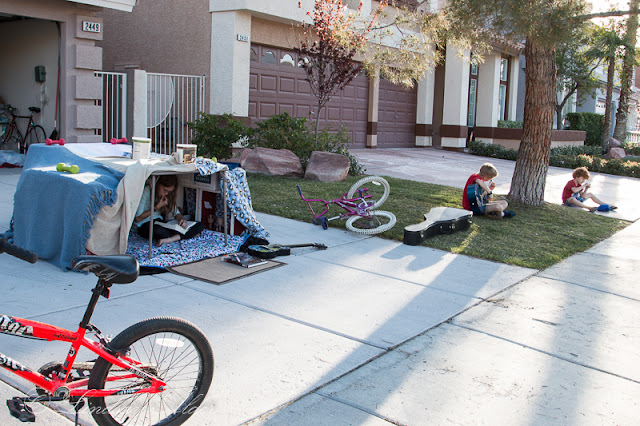 Discarded bikes, a makeshift fort, a captivating book, guitar music coming from the grass underneath the tree, and a small red headed boy playing with rocks in his own little world. 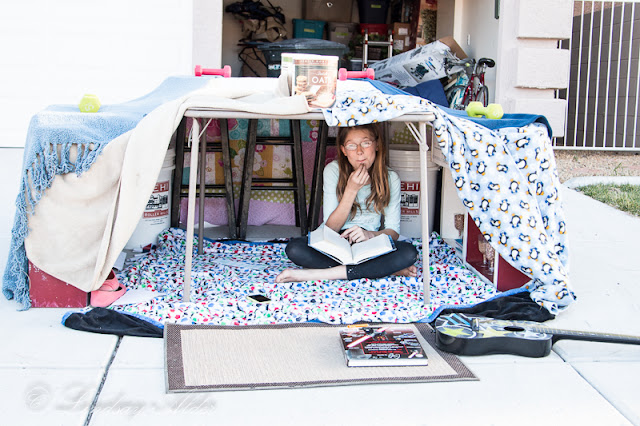 It was McKenzie's idea of a fabulous afternoon. 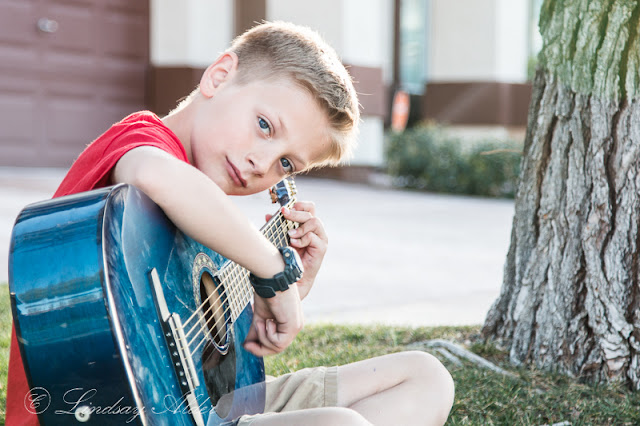 *Another fun thing about spring was toting Miles's friends around to and from homes and school and parks.  Miles had some great friends in our last area and we dearly miss being so close to them. 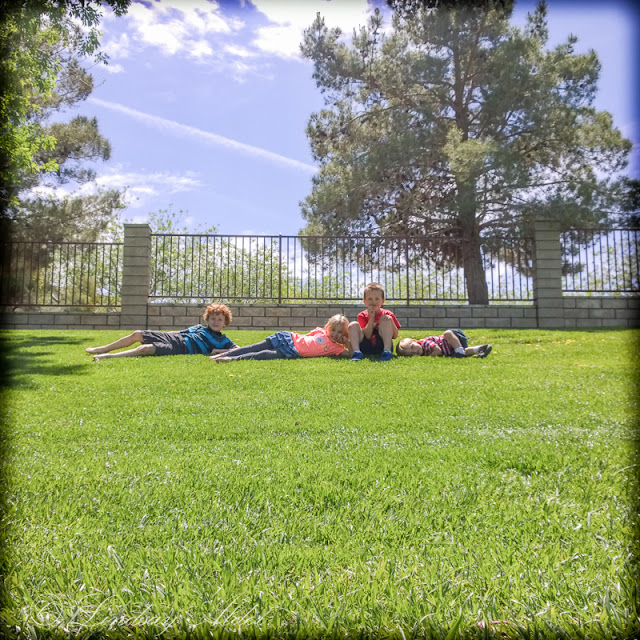 Something about rolling around hills of grass together brings a strong bond, you see.

*When we were considering moving out to this little town, we packed the kids in the car one afternoon and decided to drive around to see what there was to see. We wore swimming suits, of course, because we're in the hot desert and knew that if we wanted to be outside, we'd have to be in the water. 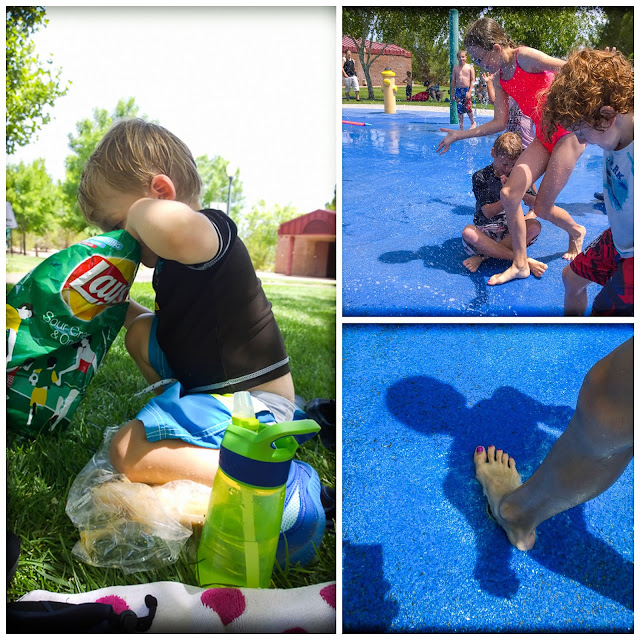 The splash pad did not disappoint.

*McKenzie and I look forward to the Father and Sons campout every year. 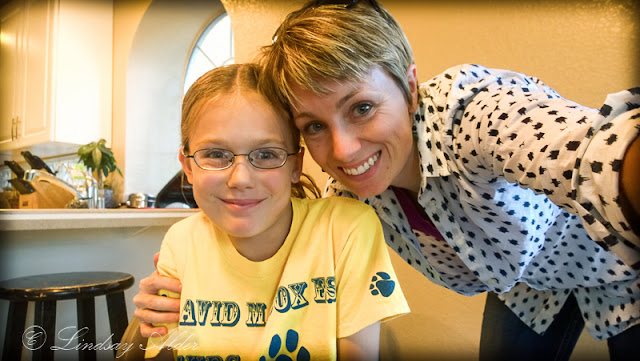 Even though we always seem to have an extra tag along.  This time it was this adorable kid. Next year, I bet he'll be old enough to go along with the other boys, but this year we had fun with him for a couple of hours before putting him to an early bed. 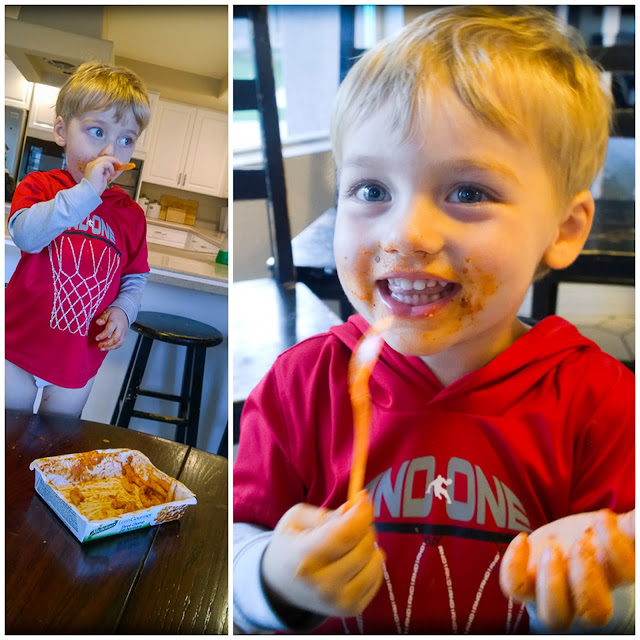 We celebrated with TV dinners (I must be getting older because they used to just make things fun... but this time they were quite gross), Ben and Jerry's (never gross), and Paddington (cute). 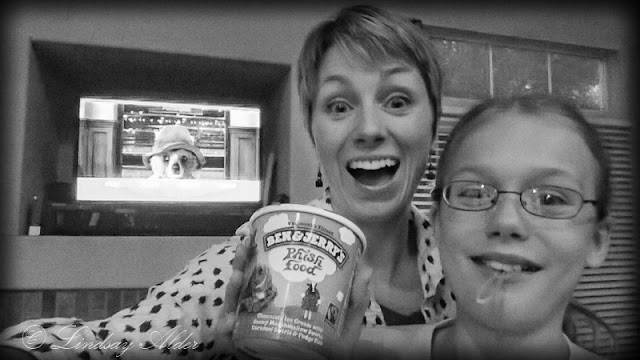 I sure love this girl.

*Perhaps one of the most fun nights in our own home came along with the NCAA Championship game. 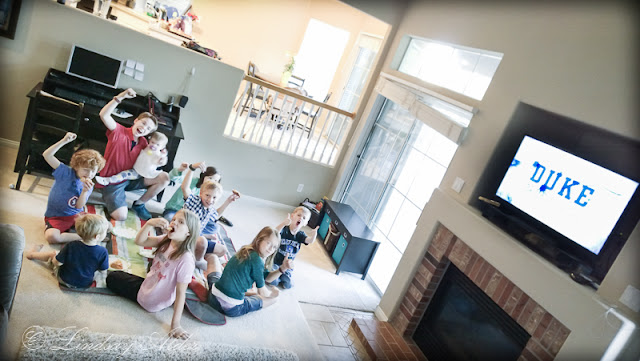 The Larson's came to party with us and, I don't know how it happened, but somehow our two families have grown so much that we ordered all of Dominoes to feed us. 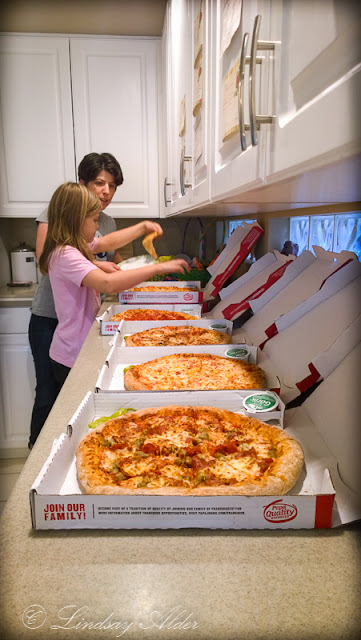 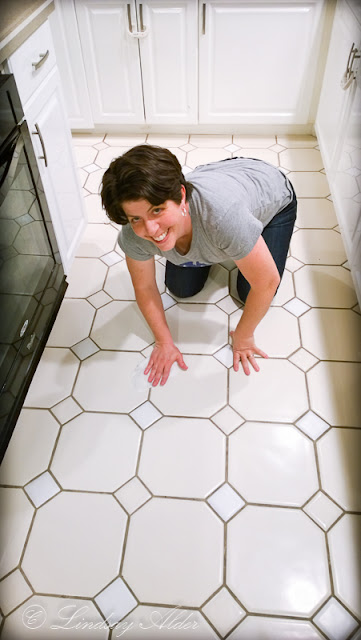 "Becky, what are you doing?!"
"Managing my stress."

Thankfully Becky and I are close enough friends that I just laughed at her, took her picture and went back to sitting on the couch to watch the game.  I told her she could come over any time she needed to manage her stress.

Also, I wish I managed stress that way instead of eating chocolate macadamia clusters.
posted at 7:01 AM