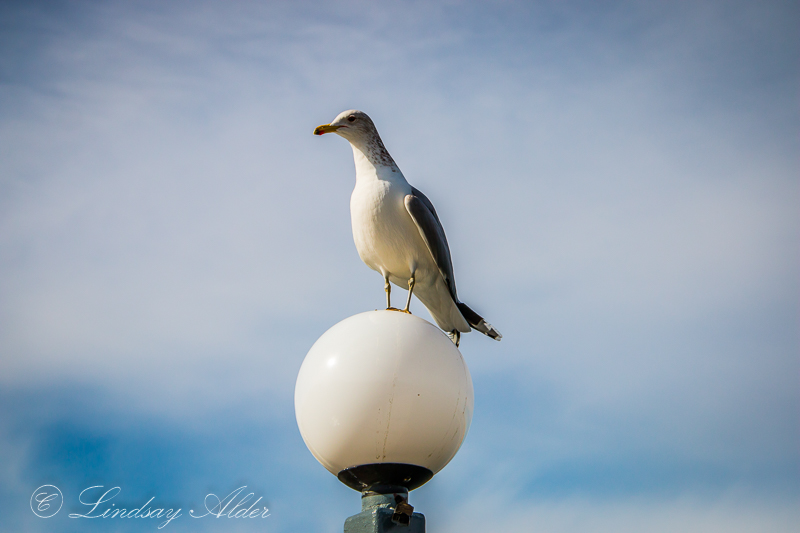 Sometimes I wonder what it would be like to have to balance my weight on two, spindly legs.

Actually, I never wonder that. I just wondered it for the first time looking at that picture above.

We took a little family drive out to Lake Mead and, under orders from the lady who cuts my hair, stopped by the grocery store on our way out to get a dollar loaf of bread for each member of the family.  After getting lost a couple of times, we finally drove our car into the sprawling, empty parking area that claimed to be 'The Spot' and almost turned right back around to go home because it looked much more like a desert wasteland than the hopping harbor that had somehow seeped into our expectations (I'll blame Miami for that).  But, six loaves of bread, remember? So I swallowed the lump in my throat, blinked back the threatening tears, opened the car door, and determined to find some beauty. 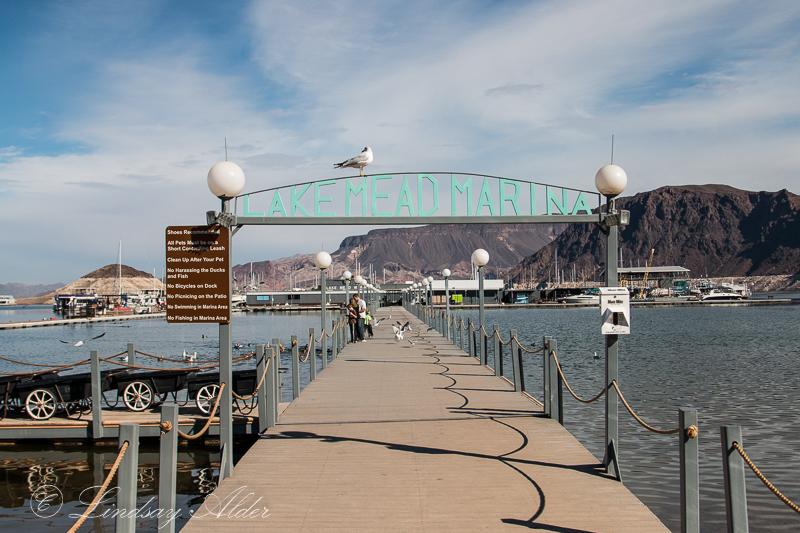 It was one of my finer decisions as of late.  We ended up having a wonderful time!  I was surprised to see that the water, for a lake, was clean and clear, and that the sun was shining on it just right for it to be a nice color somewhere between green and blue.  We walked the length of the walkway all the way to the end of the pier where we'd heard there were hundreds of fish and ducks and seagulls just waiting to be fed.

Well, I don't know about hundreds, but there certainly were many.  Teek wasted no time getting up close and personal. 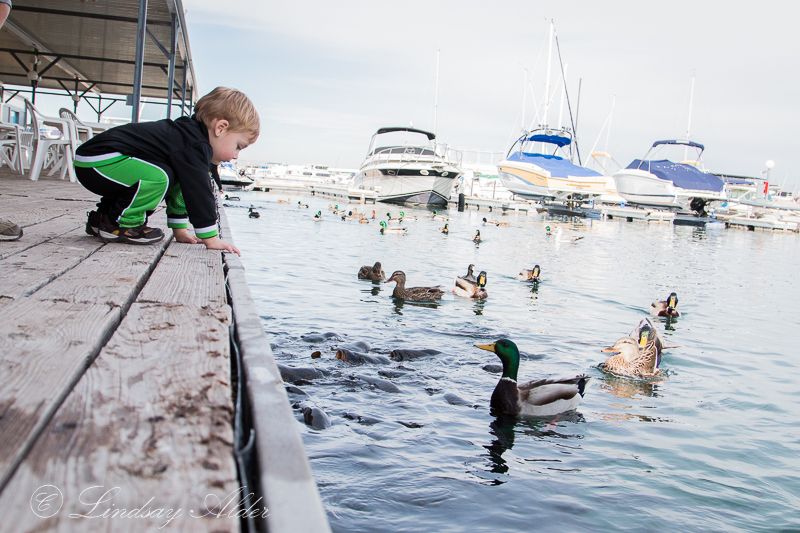 In fact, he wasn't shy at all. 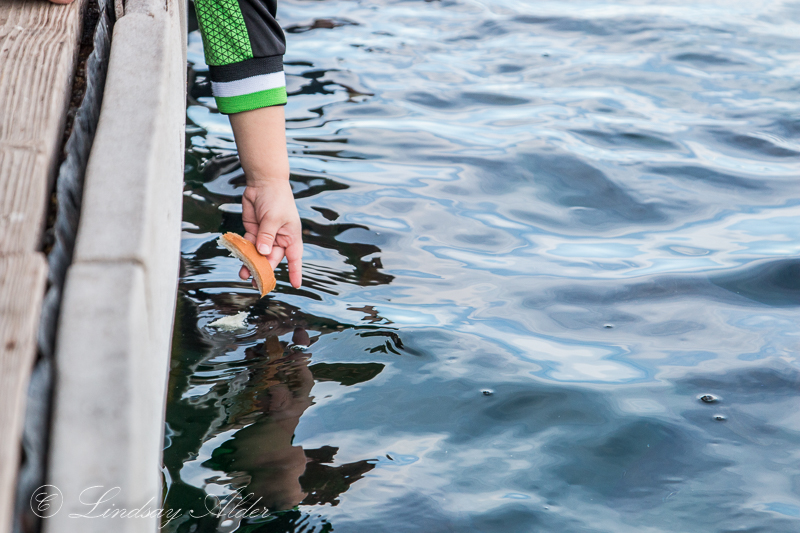 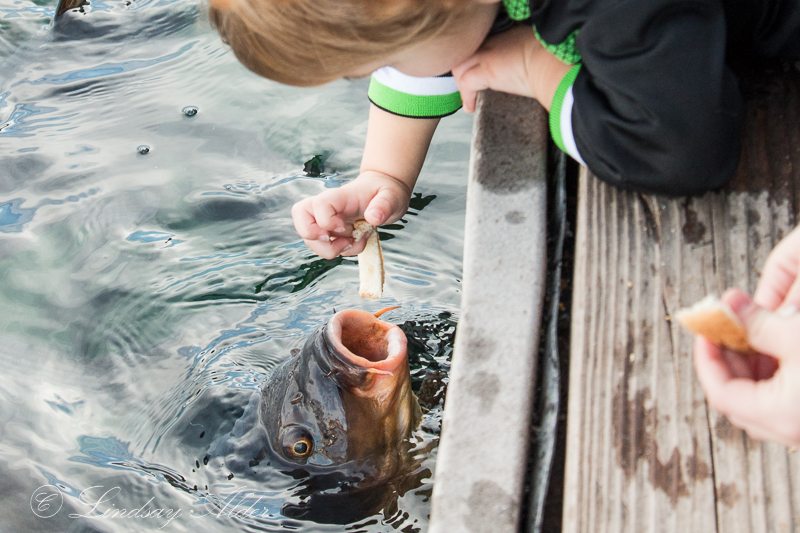 I was a little anxious and grossed out, however, because most of the time, the water looked like this: 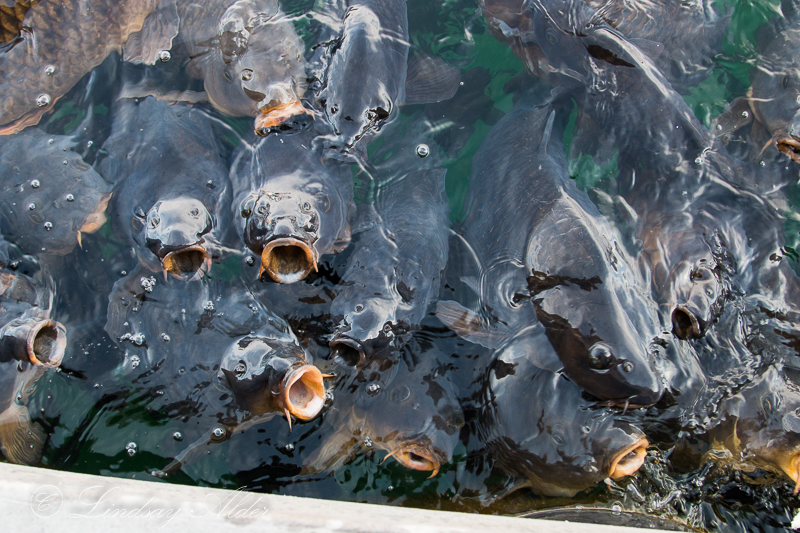 While Teek was busy feeding the fish that were close enough to touch, the other kids were busy throwing bread out as far as they could.  Sometimes the seagulls would swoop in and snatch the bread out of the air before it even had a chance to touch the water. 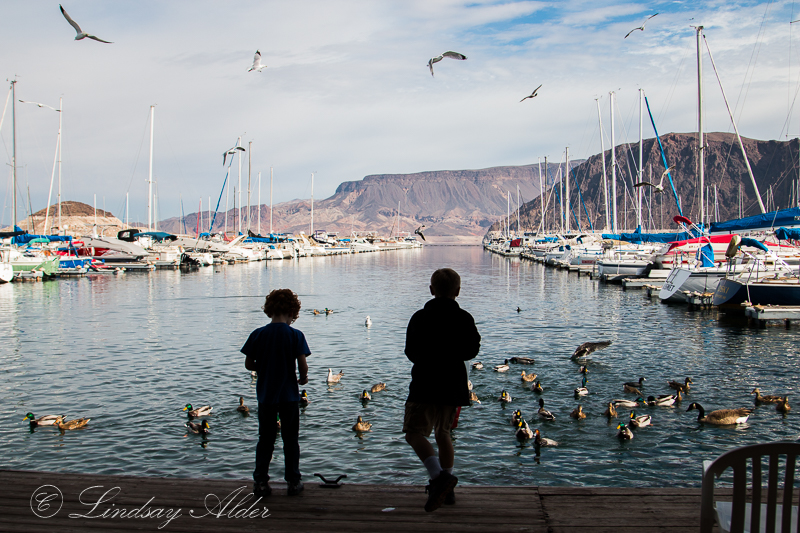 Other times, the ducks got a chance to fight for it. 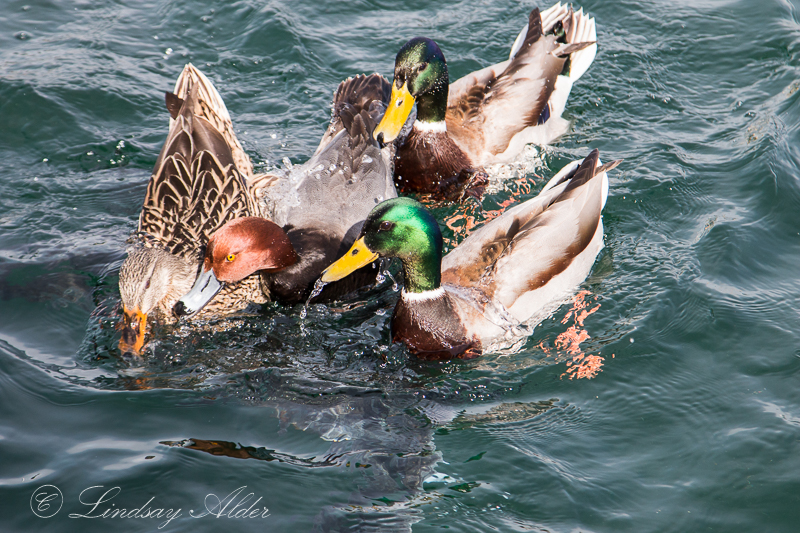 Until the seagulls would come and dominate again. 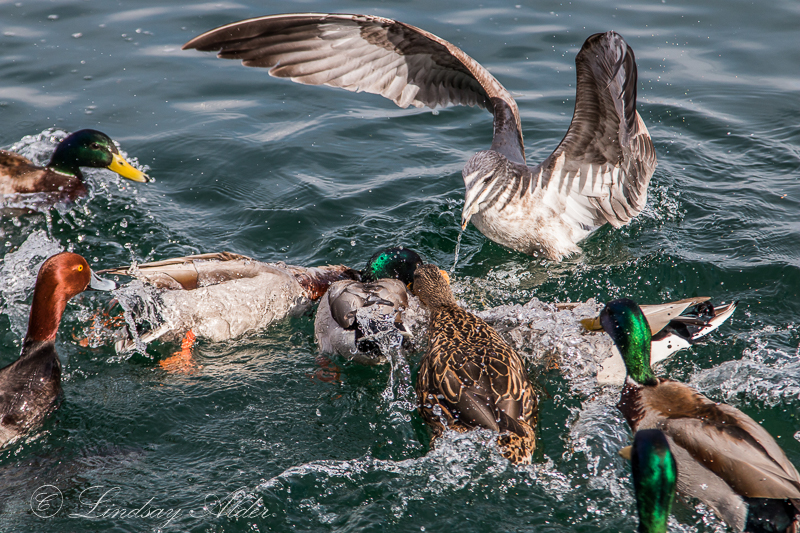 We went through all six loaves of bread without even trying.  Of course, much of the time whole slices would end up slipping from little hands... 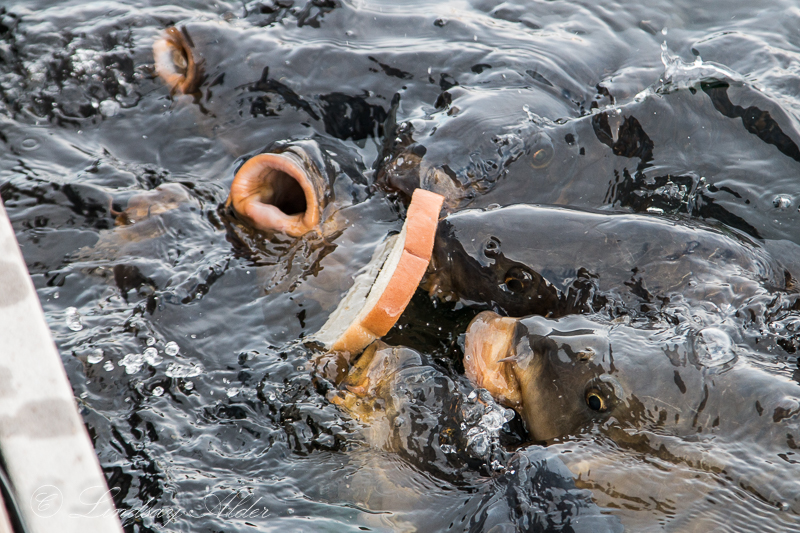 By the second minute, I was glad we'd stayed.  The weather was nice, the kids had fun, and Brian and I managed to keep everyone dry.  One of the best moments of the afternoon was asking Teek after it was all over, "TK?  What does a fish say?" and watching him open his eyes as wide as they would go before dropping his jaw, circling his lips, and silently opening and closing his mouth.  What a cute kid.

Thanks for a fun time, Lake Mead!  See you soon.  I have a feeling we're going to love you this summer when there's not much to do outside but to be in water.
posted at 5:13 PM