"Miami here we come!  It's official."
Brian's text woke me at 8:00am (don't judge - the kids were out on Christmas break (and still sleeping themselves) and the only thing I had to get up for was breakfast which, that morning, had not been quite enough motivation for me to pull my pregnant self out of my cocoon of pillows yet), and the first thing I thought of was sand.  Sand under my feet, salty air in my lungs, and warm sunshine on my shoulders.  I couldn't help the smile from spreading across my lips and sleep was officially over for the night.  Miami!  It was happy news, mixed with the intense bitterness of leaving the home I love so much.  I wondered briefly about how I might have felt had the first word of Brian's text been something different and decided that I would have been happy with many different words.  But before I let the sadness of all the places we will not be going sink into my mind, I thought again of the beach and danced my way into the bathroom because 1) that's my first stop every morning since my bladder shares a confined space with an ever growing space-hog and 2) because we plan to live within walking distance of the beach.  I was also happy that Brian will receive excellent training at the program in Miami... though I have to admit that news itself would probably not have caused me to dance.

Did I mention that we plan to live within walking distance of the beach?  As in, 'put on your flip-flops and grab your towels kids!  We'll be back for snack time!'  Looks like we need to do some serious flip-flop shopping. 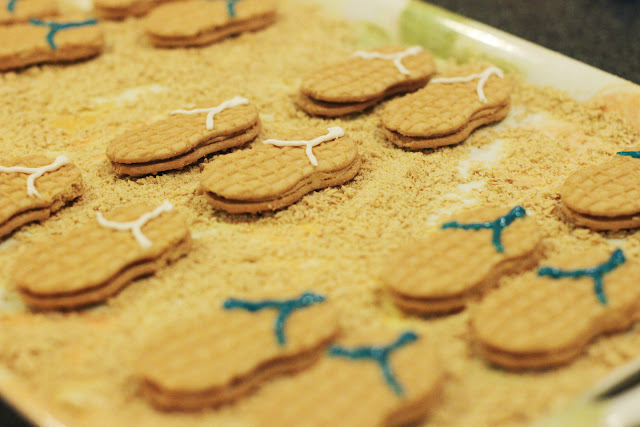 The kids had been in on much of the drama during the previous months as Brian flew around the country interviewing.  They knew we'd narrowed it down to living on the beach, living in the snow (in Minnesota), or living with Nana and Poppy (in Utah).  We had three little minds (and two adult minds) changing daily on which was our top choice, never settling all together or even on our own, so we were happy that the final decision would be determined for us by some supreme medical board in charge of matching residents up with fellowship programs around the nation.  Brian and I did have to submit a rank list, however, where we ranked each of the seven programs Brian interviewed with according to our preferences.  Excruciating!  So many factors to consider and every major pro seemed to have a major con keeping it company. Miami enticed me with its beach (beach! (beach!!!)) and enticed Brian with its superior fellowship program but repelled us both with it's cost of living and rumors of crime (CSI Miami, anyone?).  Utah enticed us with family (close grandparents!!!), but repelled us with the atrocious work conditions Brian would have to endure.  Minnesota enticed Brian with its great fellowship program but repelled me with its harsh winters (I have Carolina blood now).

And, they were sold. 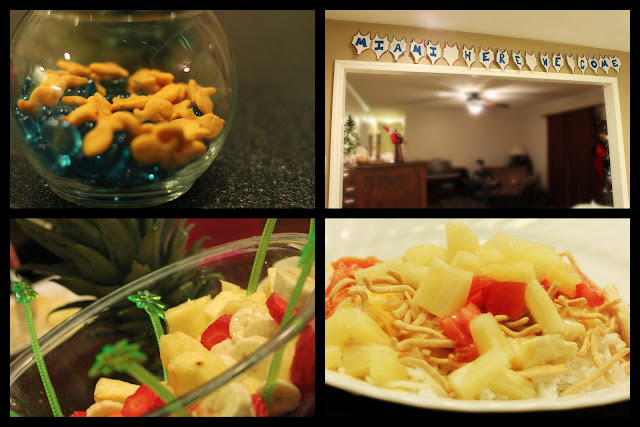 We spent a happy amount of time in Dollar Tree assembling our beach themed decorations and got right to work.  By the time Daddy got home we had decorated with beach pictures and assembled an array of beachy foods which included hawaiian haystacks, a fruit bowl, goldfish crackers, nutter-butter flip-flops and pina-coladas to be sipped from plastic coconut shells. 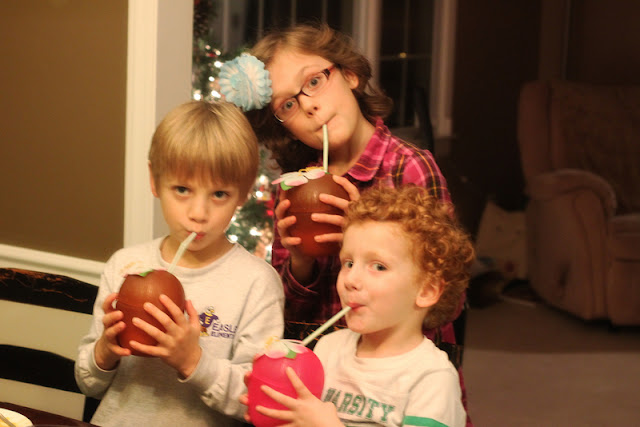 Carson and I went on a mini-date last night to Wendy's for a frosty and had this conversation.
Me: What are you most excited about for Miami?
Carson: The beach.
Me: What are you most anxious about?
Carson: leaving our house.
Me: What are you  most happy about?
Carson: The beach.
Me: What are you most sad about?
Carson: ... well.  I really wanted to live in a bunch of snow.  And at first I thought that I meant that I wanted to live in that other place with lots of snow (Minnesota), but then I was thinking... and now I know that Nana and Poppy have a ton of snow and so I'm sad that we're not going to live with them.
Me: Yeah.  I know.  Me too, bud.
Carson: Also ... what was the name of that slushy drink we had at our party?
Me:  Pina-colada?
Carson: Yeah.  That.  I don't really like those.  But... you don't have to drink those if you live in Miami, right Mom?
Me: Nope.  You can eat and drink just like you do here.
Carson:  Good.  Cause I don't really want any of that slushy drink.