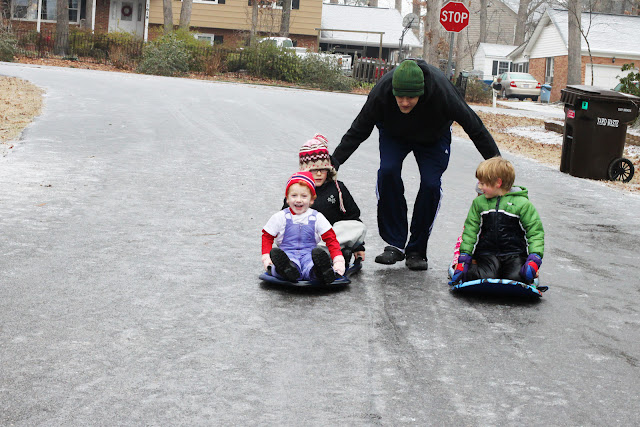 Oh how we love North Carolina winters.  Yesterday a mist of freezing rain started falling from the sky, covering everything it touched with a thin layer of ice.  Not ideal if you're planning on backing your car out of the driveway to go anywhere, but just perfect if you can leave your car parked in it's icy cocoon and venture outside with some ice sleds to take advantage of the slippery roads.  Which we did all through the dinner hours. I think this might be more appropriately called 'sliding' instead of 'sledding'.  Both fun.  Both favorites. 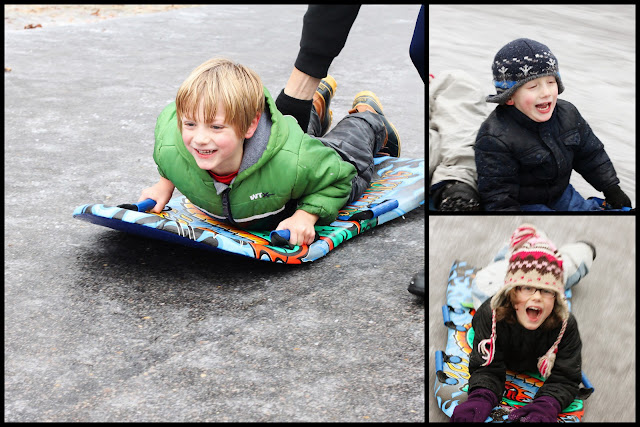 I spent a total of three minutes trying to figure out how to get crisp, clear pictures of the fun in the dim light before realizing that it was just simply too dark for my camera to get those moving bodies in focus every time... but I don't mind... these fuzzy pictures make me smile right alongside the clear ones.

Miles's inaugural entrance into the life of winter sports was a high success.  I have quite a disproportionate number of pictures of this kid because he was having so. much. fun.  In fact, he just saw me make this collage and said in a nostalgic voice, "Oh... Mom... do you 'member when we did dat?  On the ice?" 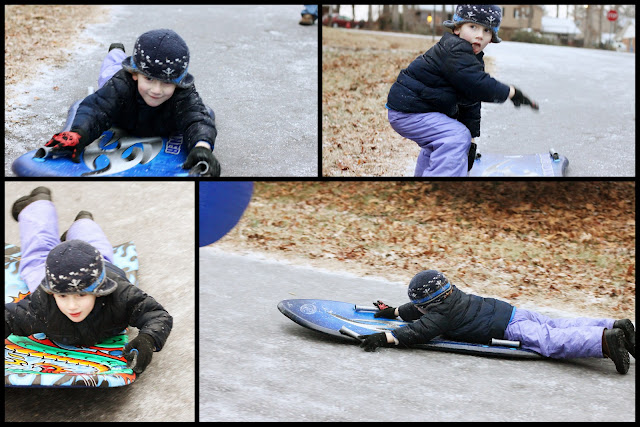 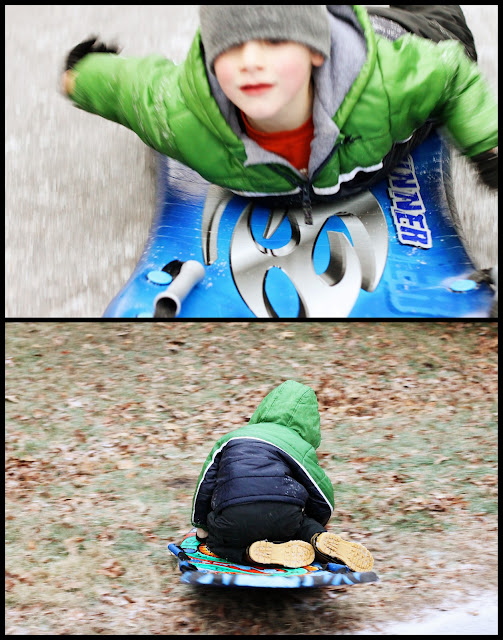 And McKenzie had a dream of making it as far down the road as possible before veering into the ditch that seemed to have a gravity of its own.  (Actually, it probably did since it was, you know, lower.)  Good news that the grass was also covered in ice so they just slid right on down into the ditch and halfpiped their way down towards the next driveway tunnel. 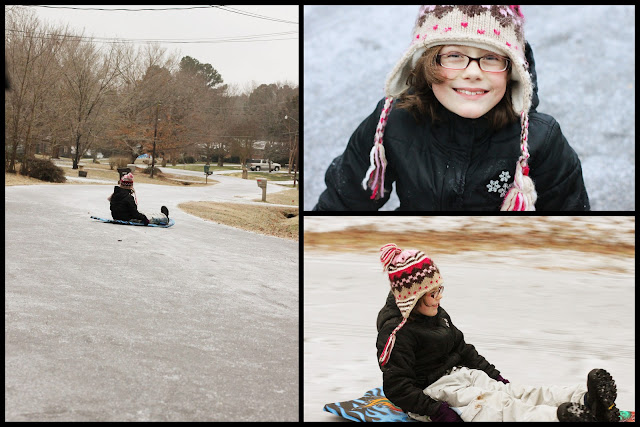 By the time the freezing coldness started seeping into the hands and souls of my little troopers we had had a full two hours of giggling, sliding fun and finally sat down to eat dinner at 7:00pm (bedtime round these parts). 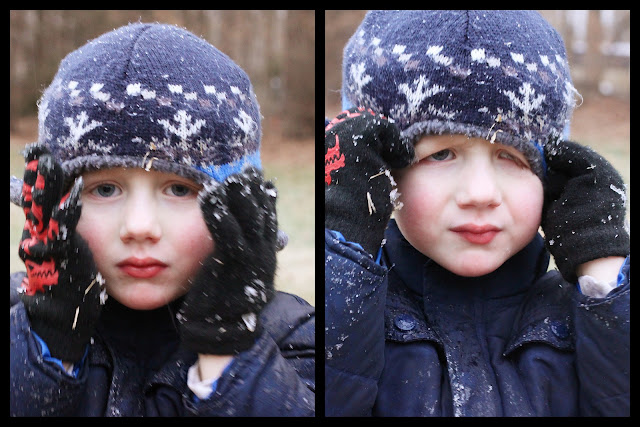 This morning we awoke to two more hours of sliding before the ice melted away into puddles of slush. Carson had some pretty sweet run-and-jump moves going on. 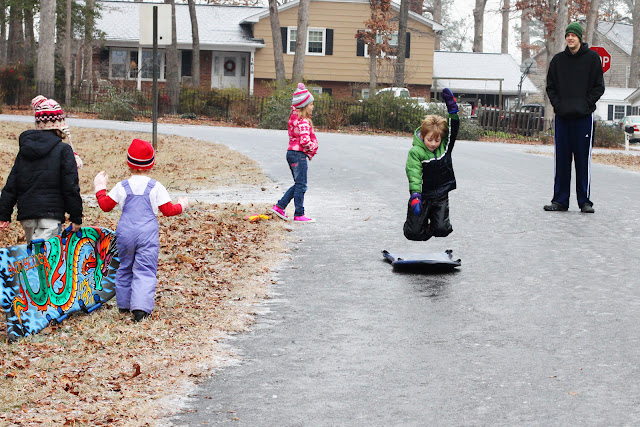 McKenzie, being the oldest, has once again grown out of all the snow pants and boots we have in the house.  All except for mine, of course.  So, she cinched my snow pants up around her waist and clobbered around in my winter boots and looked much too grown up the entire time because they weren't that far away from fitting her. 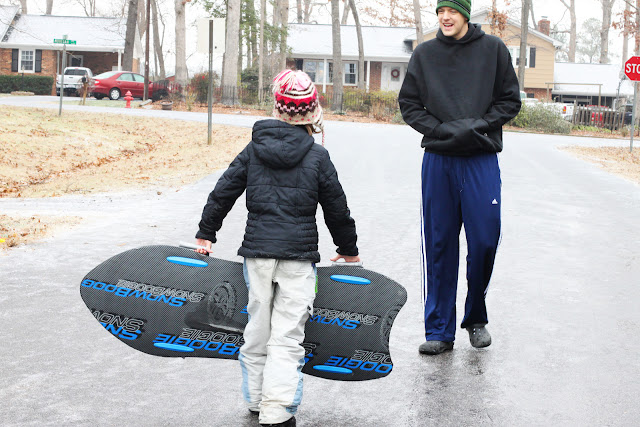 And Miles, once again, was in heaven. Even though he refused to wear his coat.  (Which might have been due to the fact that this morning it smelled like a rat had died inside of it overnight.  I think he's too young to need deodorant... ? ) 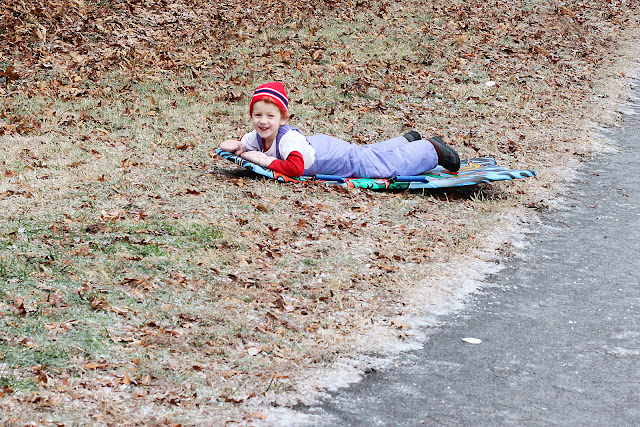 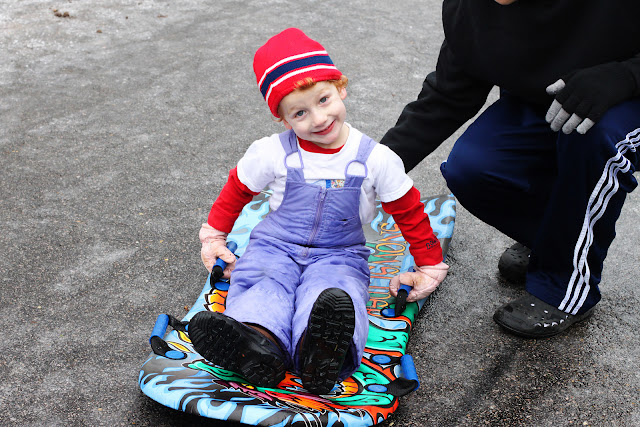 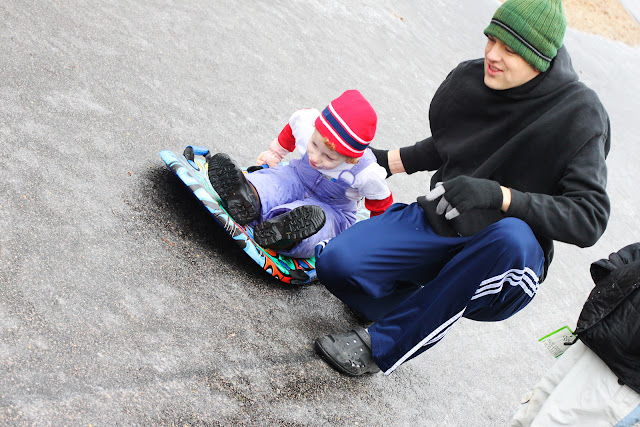 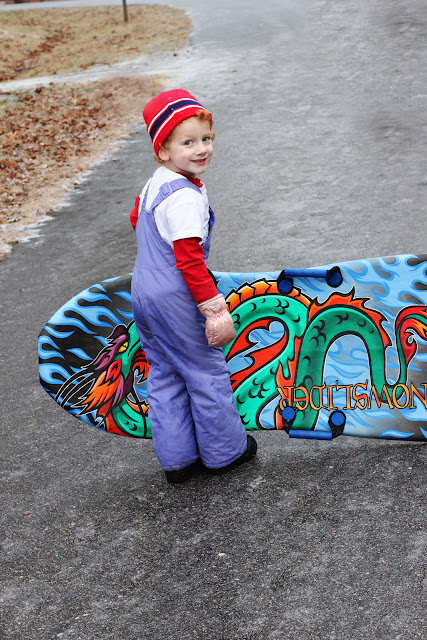 Thanks again for another fun winter, North Carolina. I will admit that you made me feel like a little old lady as I trepidaciously picked my way down the back stairs and out to the road and back.  Brian even laughed at me (out loud) as I shuffled my largely pregnant self, camera in hand, out of the path of sliding children a few times.  I laughed too as I imagined what I must look like.  But I'd watched Brian slip and fall a couple times and that just sounded incredibly painful and permanent to me now that I have no more abdominal muscles to pull myself back up.  I have an image of a beached whale in my mind... but that doesn't quite work on the ice, does it?  Walrus?  Bloated seal?  Whatever.
You can bring back the balmy 70's now.
posted at 2:42 PM