It happens a few times a week. The same old ritual. I drag the library bag full of picture books close to the recliner and snuggle in with Miles on my lap... my eyes close tightly and I start singing a well loved tune I like to call Into the Magic Bag of Books. (What? You're not familiar with this song, you say? Well, it's a Lindsay original with about as much creativity as I'm a Map from Dora the Explorer.) My arm starts dancing, snakelike, around the opening of the bag as the words of the song come out in a trance-like tone, "Into the Magic Bag of Books... into the Magic Bag of Books... into the Magic Bag. of. BOOKS!" My hand slowly and finally comes to rest on one spine just before the last word... and then OUT bursts the last word, my arm yanks the book up quickly and my eyes flash open. Miles's reaction is almost always the same: a sharp intake of breath followed by a "Yay!" when his eyes focus on the cover of the title we'll be reading next.

I frequently feel guilty that I don't spend as much time reading to Carson as I do to Miles and McKenzie. But I've realized recently that maybe this guilt is unwarranted and self-imposed.... 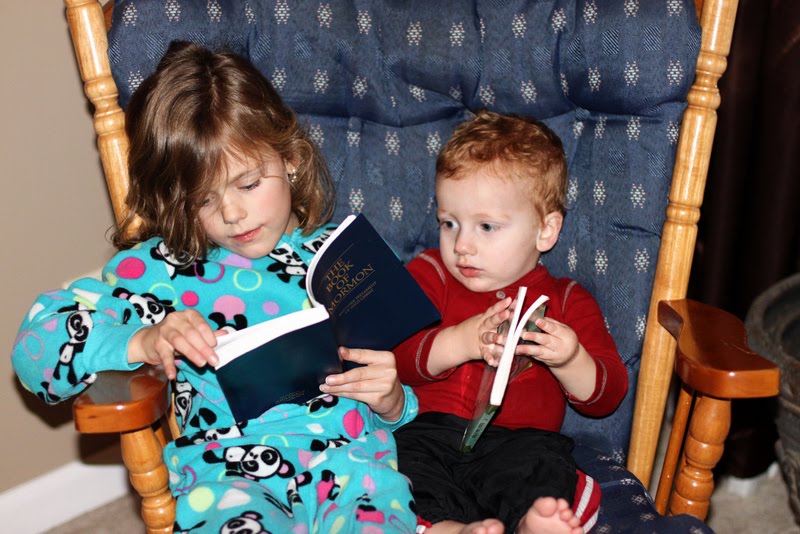 When McKenzie was 2, she had a friend come over to play. He could barely talk, but confidently pointed to the letter 'O' on a block and clearly said, "O". "Yes!" I said... but inside I was thinking Ohmygosh. Hetotallyknowsthatletter. Ihaven'tevenSTARTEDteachingMcKenzieyet! Ican'tbelieveit! Iamsuchaterriblemother! All the sudden it was most important that she learn her letters. Now. Because she was already two years old.

I'm sure you see the silliness... but I suppose falling into traps like that is one of the trade-offs of being such a young mother. She caught on quickly and my good mother ego was stroked when she could name all the letters and tell me their sounds shortly after that day. She has since proven her love for letters by becoming Book Worm Extraordinaire. Well! Now I knew, right?! This is the way to turn your kids into readers! They will be smart and love books if you teach them young! 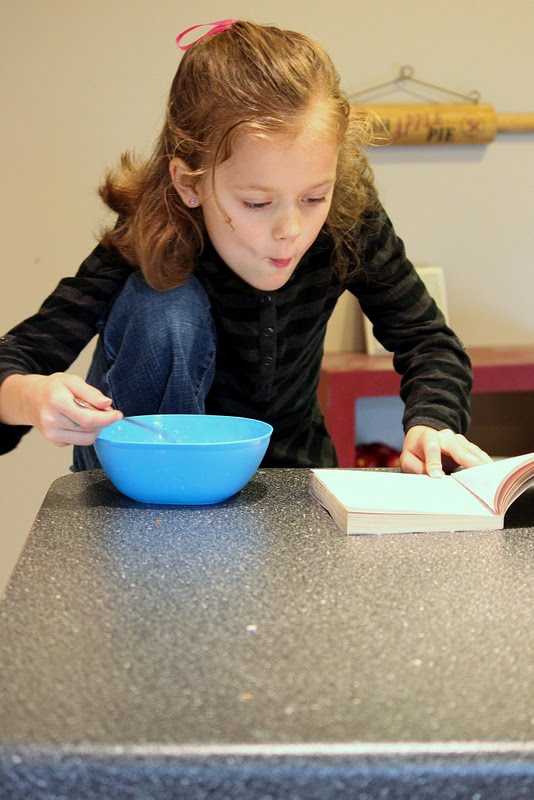 So along came Carson. 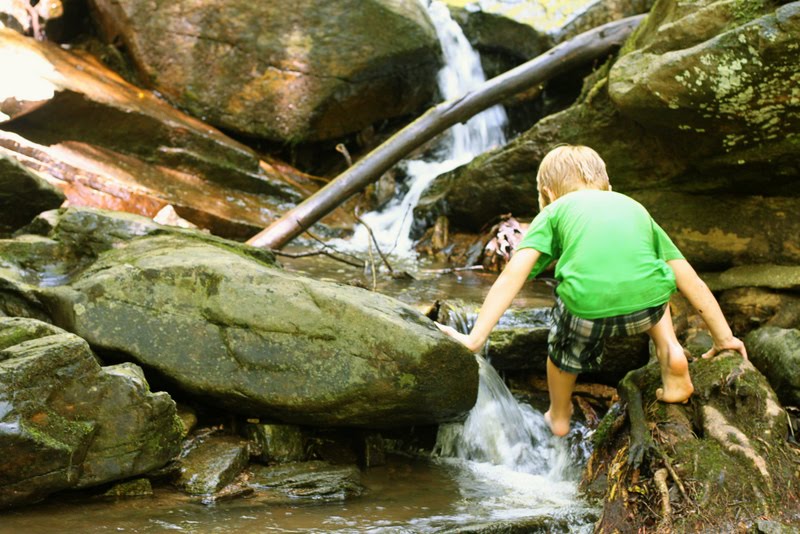 Teaching this child letters is like pulling teeth out of a baby alligator. He. Does. Not. Care. what that letter is, says, does, or dances like. He will enjoy one or two picture books and then wants to be off running again. Carson doesn't want to read about the adventure. Carson wants to live the adventure. Good mother ego? Shot. Guilt? Creeping in. After all, according to my previous epiphany, he will never love books now because I couldn't teach him young.

I'm sure you see the silliness... but I suppose falling into traps like this is one of the trade-offs of your kids not coming with owners manuals. I eventually backed off trying to teach Carson the letters and decided that kindergarten was still a ways off and that he didn't need to learn them quite yet. And whaddaya know? He eventually became interested in them by himself and has done just fine in his preschool class.

So along came Miles. 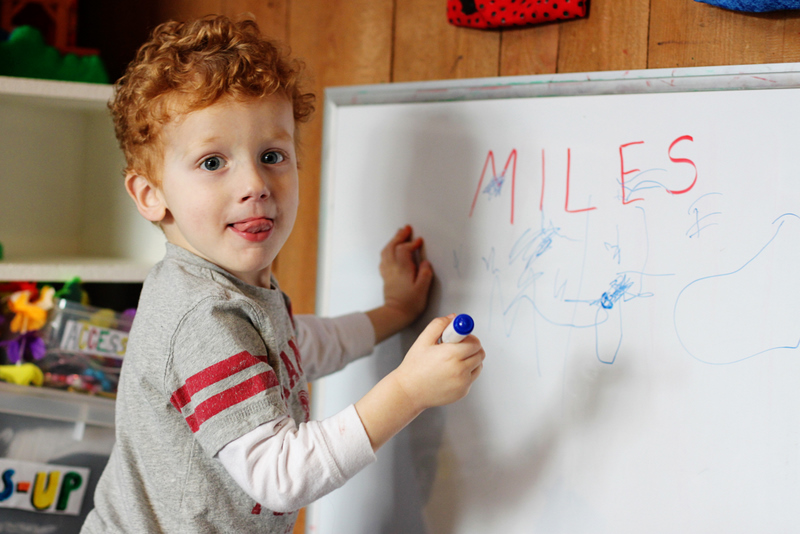 I threw all protocol out the window with this one and decided that we'd just do Whatever he Wanted for free time. Happiness! Freedom! Ease and low stress! And do you know what he asks for? Books. Letters. Books. And letters. Every time he finds a pen or marker he runs to me and asks that I draw the letter "M". He gets so excited and asks over and over for me to draw "ann-oh-wun" (another one) so he can try to copy. 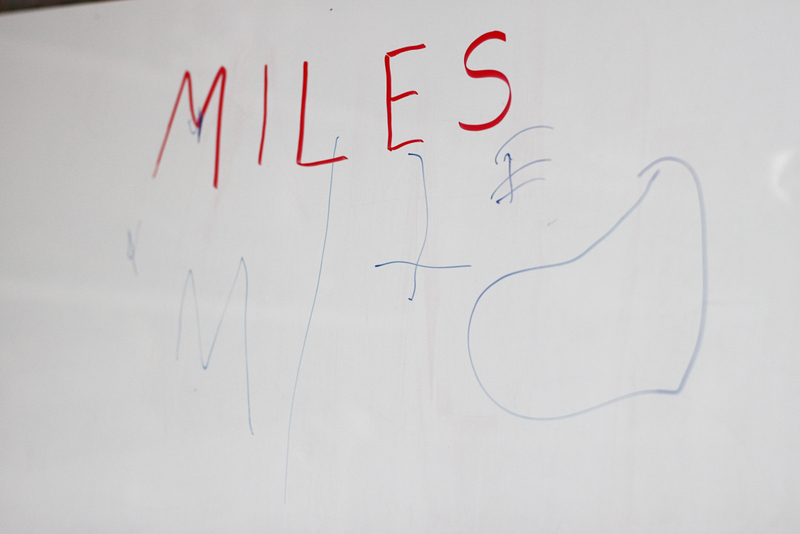 The truth is that Miles asks for books ("I do, in-oo a magic bag-a-books?") because he likes books. He is interested in drawing letters because he likes letters. And McKenzie does, too. If I hadn't pushed McKenzie to learn her letters when she did, she probably would have asked for them soon enough... just like Miles does. But Carson has other interests. He has other likes. Carson asks to play tag. Or trains. Or Hot Wheels. Or to ride his bike. Or dig in the mud.

And they just simply came that way.

I guess what I'm trying to say is, I'm starting to believe that within reason, it doesn't really matter what I'm doing with my kids as long as I am doing. I guess I'm trying to say that I want to encourage each of my kids to be their own unique selves and to try not to impose my own desires on them... but that sure is harder than it seems.

For me, at least.