1. This is one loved puppy. 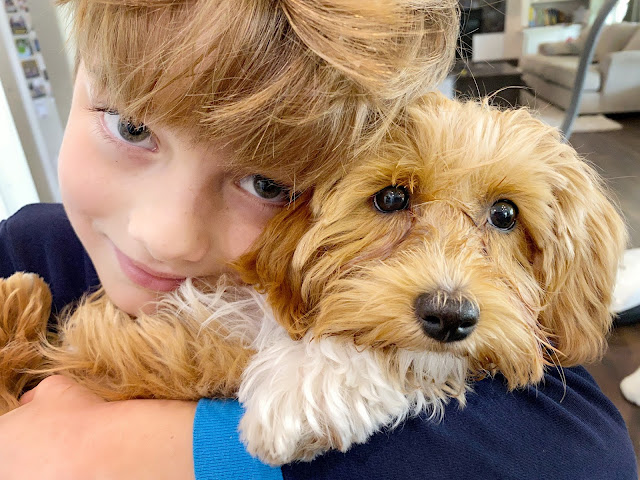 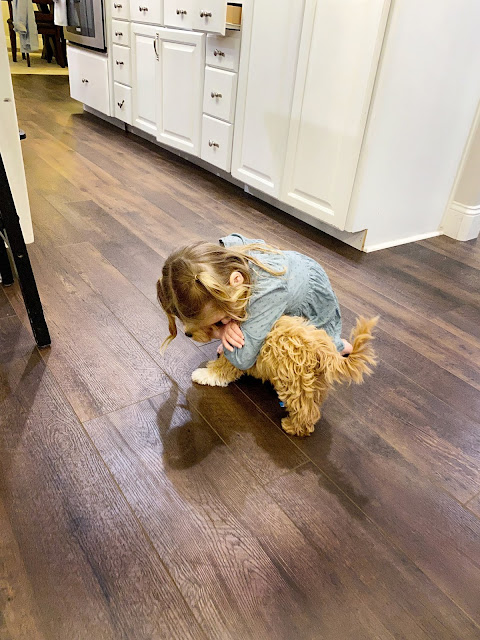 Part of me wonders whether or not we'll ever have another scrambled thoughts post without a bullet point devoted to her.
2. Digital Concerts are complicated. 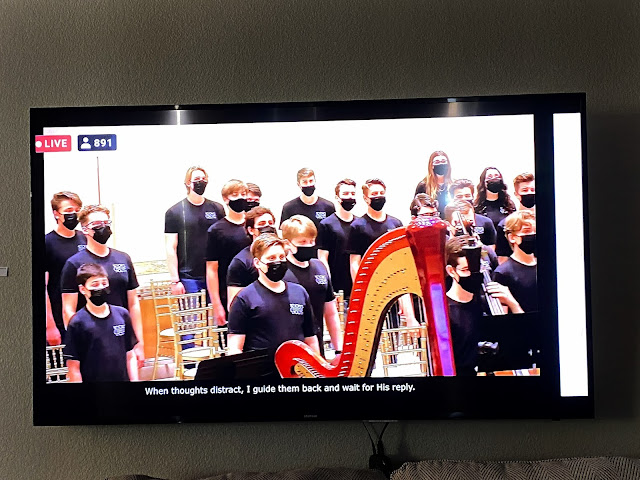 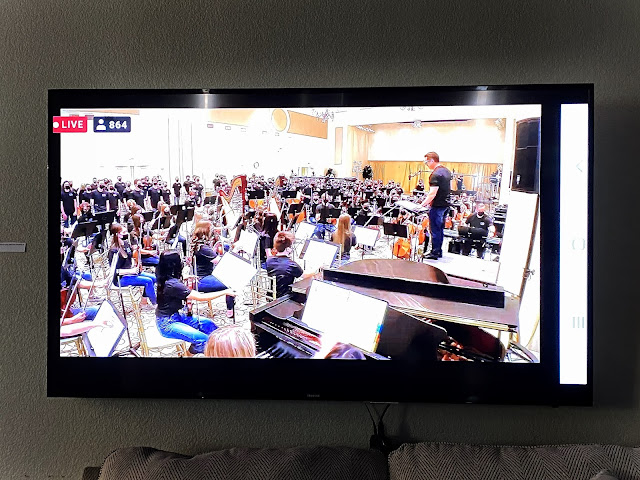 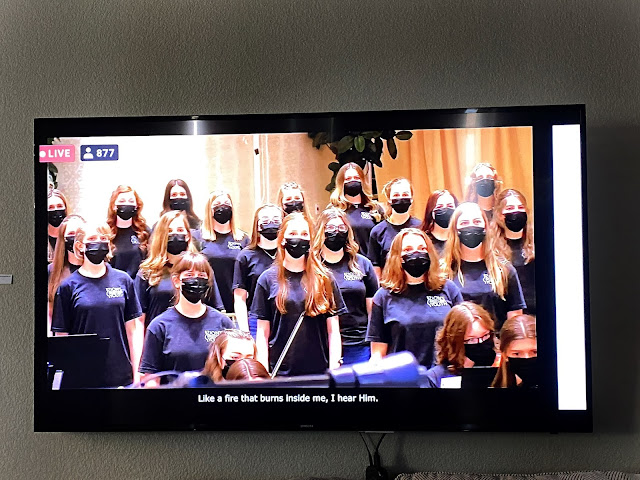 On the one hand, let's be honest, it's amazing not to have to spend a whole evening putting on pants getting ready, rushing traveling to the concert, attending the concert, taking the family out for ice cream, traveling home, getting in bed late, etc. All we had to do was click on the TV, hook up the computer and push play. And once it was over, it was back to life in a second. It is also amazing to be able to send the link to all the family members who wanted to see it but who otherwise wouldn't have been able to.
On the other hand, most of my heart truly missed the excitement that comes along with all of those things up there. Halfway through their second song I even started choking back tears because of how sad it all felt. McKenzie and Carson had put hours into preparing for this concert, they were being directed by Ryan Murphy, the assistant director of the Tabernacle at Temple Square, they sounded so amazing, they were all dressed up and sparkling in their matching polo shirts (🤔), and their eyes were so proud. But at the end of each of their numbers there was an echoey silence in place of thunderous applause. And at the end of their performance, no one was waiting in the lobby to give them hugs and flowers. Covid has stolen so many moments.
3. If you are looking for a good pediatric dentist, drop all of your other recommendations and go here. Right now. 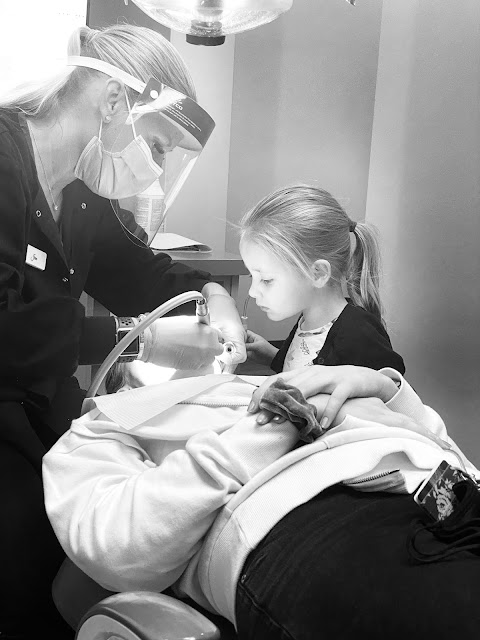 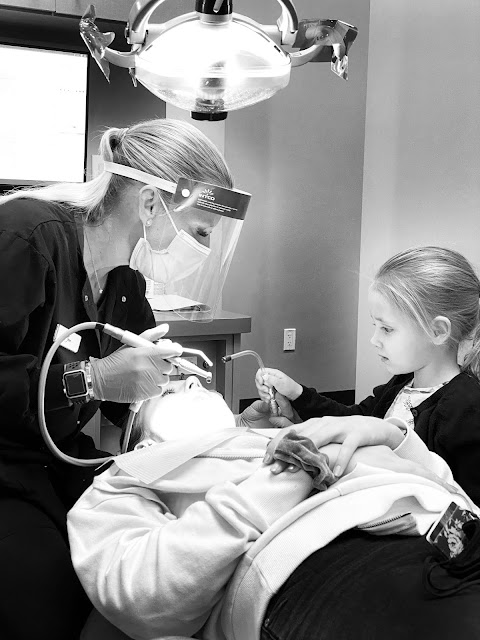 I've loved this dentist for my kids for years and years, and last visit solidified my loyalty to him and his staff forever. The dental hygienist picked up on Eliza's anxiety and she jumped in and took her in like a mother hen with a chick. At one point she even had Eliza be her assistant by holding the little mouth vacuum (uh... please tell me that's not what it's really called) to suction out McKenzie's mouth while the hygienist cleaned her teeth. Equally amazing was McKenzie, who tolerated a pre-schooler suctioning out her mouth.
4. Sometimes we wish we could just live at Nana and Poppy's house. 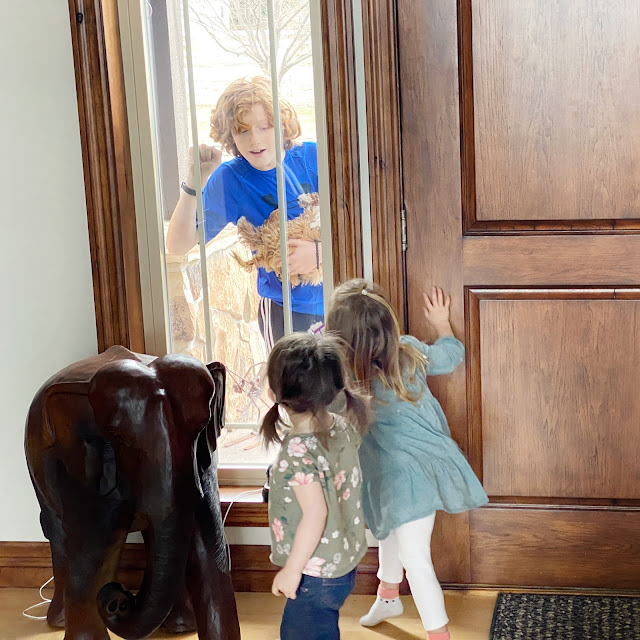 Riley and Eliza are becoming friends, but it hasn't been fast. They are both a little possessive of their own opinions and spaces and ideas and... everything else. Miles helped facilitate a bit of a bond by playing the game 'Lock Miles Out of the House Over and Over and Over Again'. Riley and Eliza really had to work as a team on that one.
4b. But if you're not going to share your nerds, be prepared to hear about it for a long time. 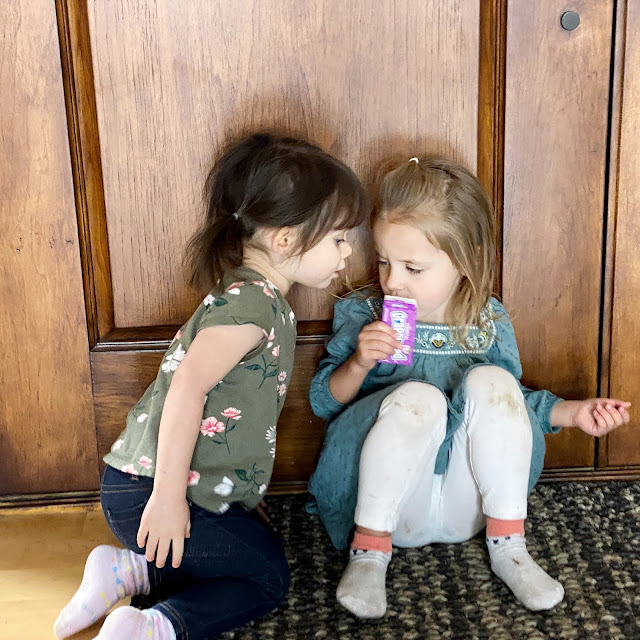 Two months after this trip I got a text from my sister, Michelle: I want you to know that Eliza is in trouble around here. Last time you were in Midway she had a box of candy that Riley wanted. And Eliza didn't share. For some reason that is big news today.
4c. The two main reasons we went to Nana and Poppy's: 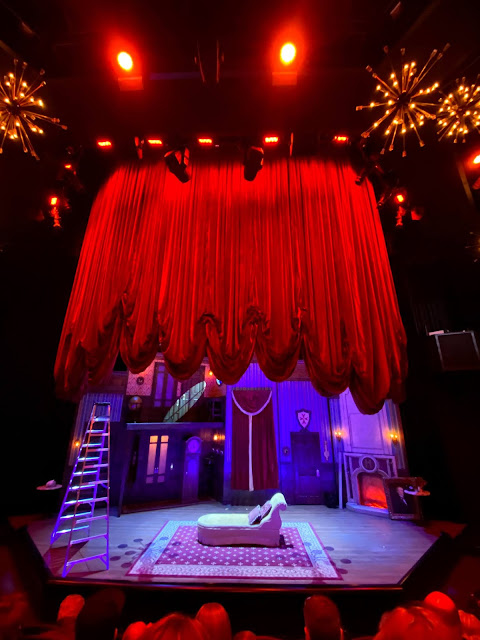 To see my sister in a hilarious play called The Play Where Everything Goes Wrong (or something like that), and to count all the coins in a giant glass bottle that has been collecting pocket change for ... decades? 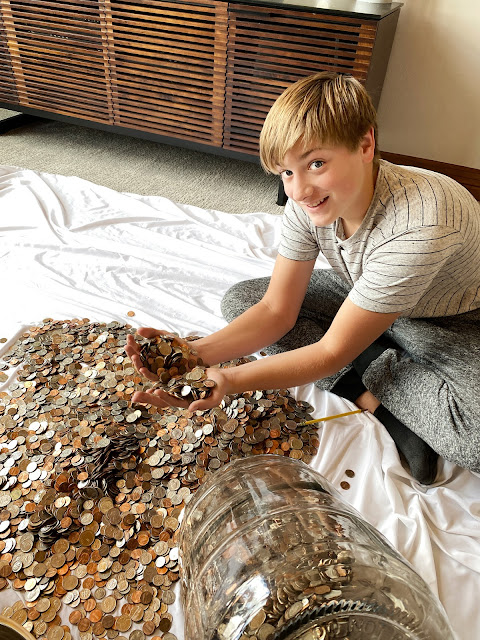 Okay, so that wasn't one of the real reasons, but we did it anyway. It took us four hours and, any guesses on the grand total?
$1043.48. That's one thousand forty-three dollars and forty-eight cents. And it's so incredibly heavy I'd love to watch a burglar come in and try to steal it.
5. Carson has music in his soul 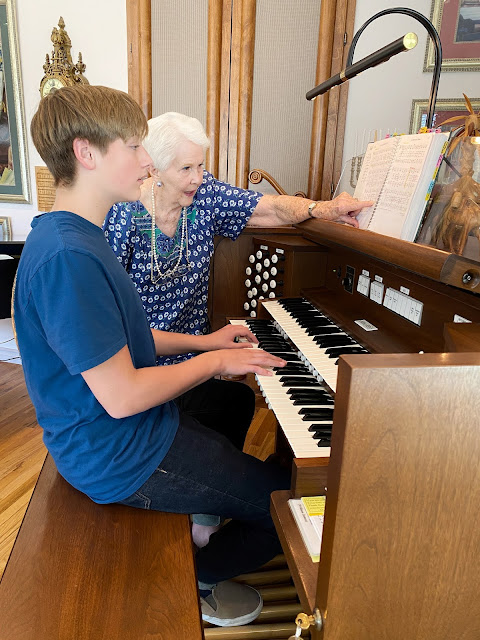 A few months ago, 86-year-old Ethelyn Peterson walked into our home and offered to teach Carson to play the organ. This is maybe more shocking and impressive than you realize because, not only is Ethelyn Peterson 86-years-old, but she is also a highly disciplined, world renowned organist who does not teach just anybody. You have to be invited by her. She has heard Carson play the piano a few times and she can hear what I have always known. Carson has music in his soul.
He will start in August, after Ethelyn has fully recovered from her most recent heart procedure. She playfully and good-naturedly hopes aloud that she can get at least three good years of teaching into Carson before she finishes up life on this Earth.
6. Brunch with the ladies 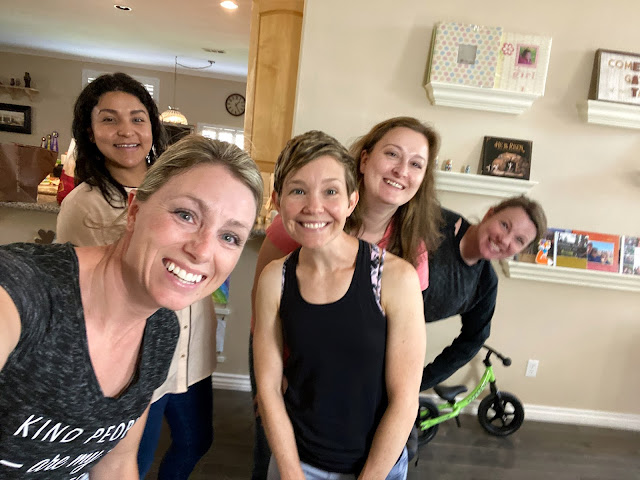 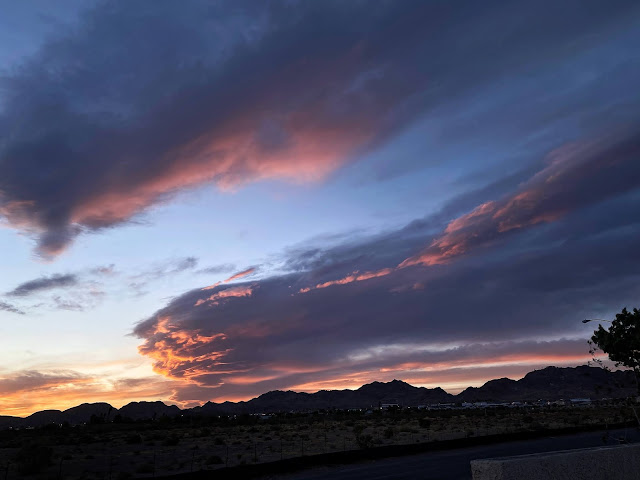 Clouds are massive.
M.A.S.S.I.V.E.
8.  Oh, Covid. Thanks for forcing us to figure out how to throw a baby shower over zoom. 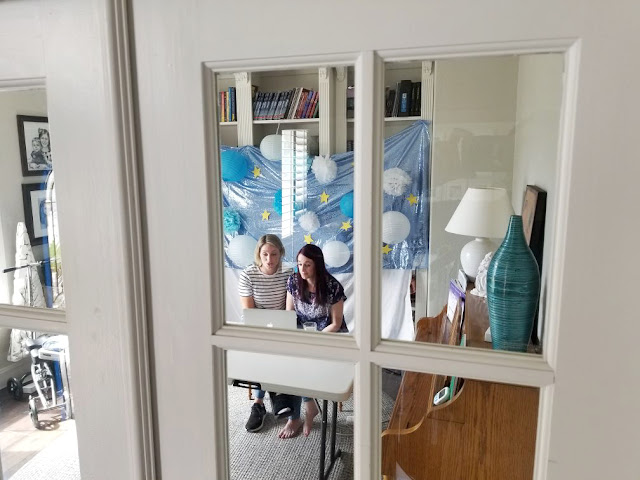 Since these pictures were taken, Brian and Cassie have had the most adorable little baby! 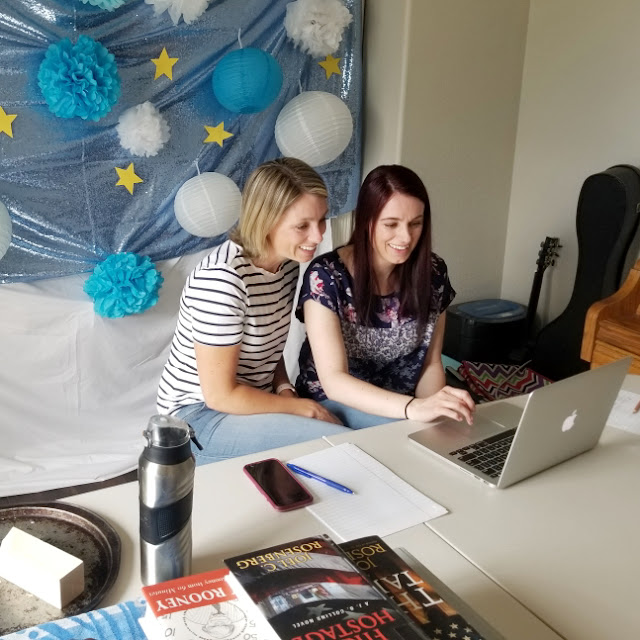 But before she could have him, we needed to celebrate. 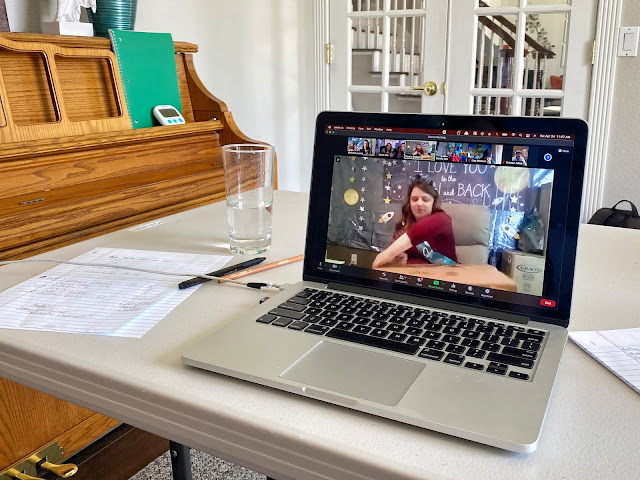 Michelle was really the MVP of the event, planning, researching, figuring out how to connect all of us digitally when what we really all wanted was to be together in person.
9. McKenzie's Not-a-Boyfriend is the Sweetest. 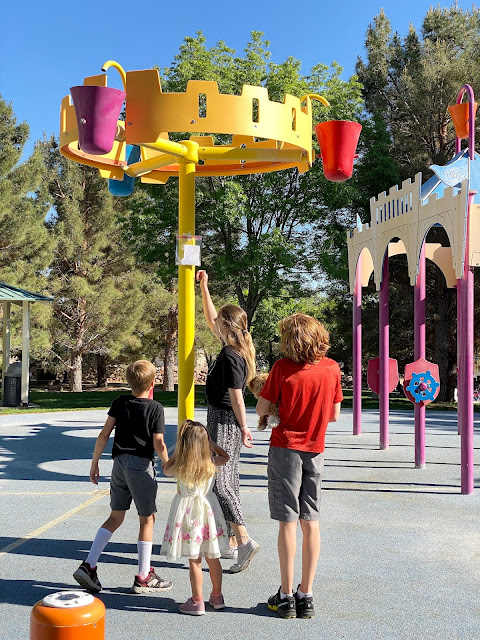 He put together a scavenger hunt for her to collect puzzle pieces which, when put together, asked her to prom. 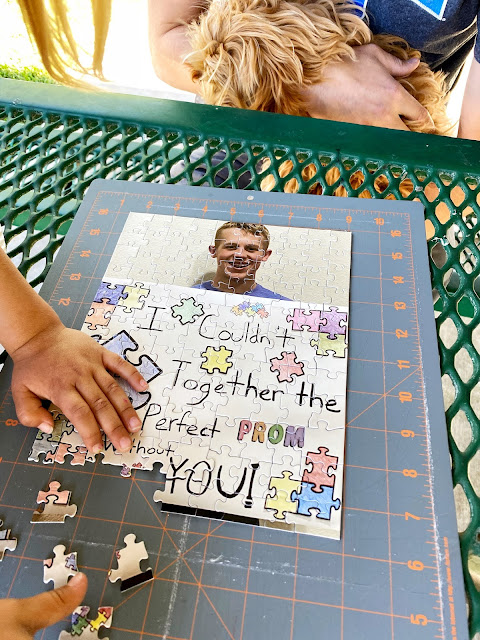 And right as she finished putting the last of the pieces together, he showed up with a bouquet of flowers and a hug. They really are so cute together. But also they're not together, sooooooooo... 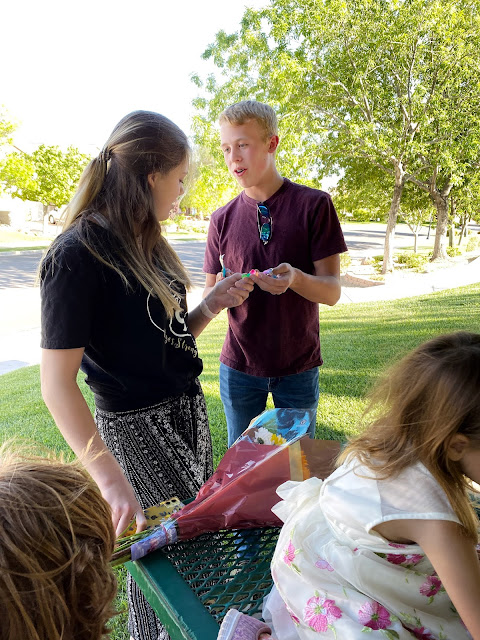 Recently she said about their connection, "... it's not just a friendship, but it's not really a relationship, it's a situationship."
Whatever. They're cute, and I love them both.
posted at 6:51 PM