The Plastic Egg Side of Easter 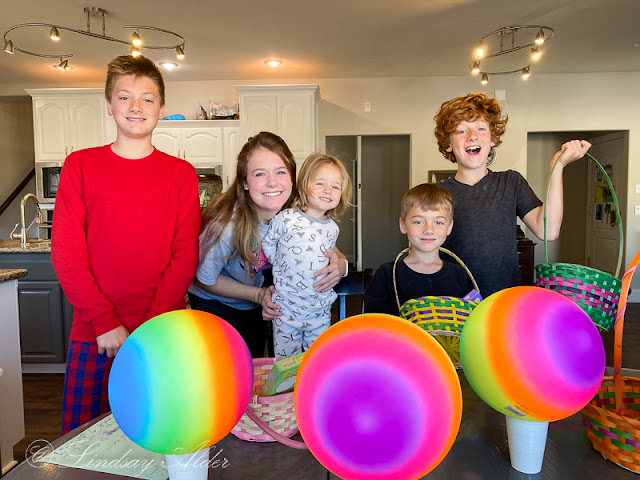 Easter! Easter! The Easter egg hunt begins. How did plastic eggs ever become a thing on Easter anyway? I've been talking about it for years, but this year I finally got organized enough to alert the Easter Bunny that we would like to have our Easter egg hunt on Saturday morning as opposed to the more traditional Sunday morning. I've been trying to separate the Easter Bunny/egg side of things from the spiritual side of things for a while now and this seemed like a good step.

Early on Saturday morning before anyone else was awake, Brian brought Eliza into our bedroom and slowly and gently told her that the Easter Bunny had come the night before, and that he had filled plastic eggs full of candy and left them hiding around the house. I think there cannot be anything more magical to a three year old than that and she shared her little Magic-Light brightly the whole day long. 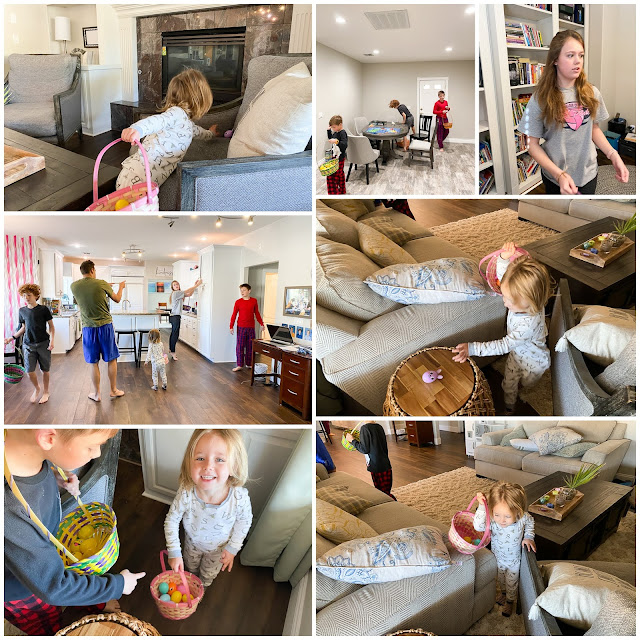 Each child had 30 unique-to-them eggs hidden around the house and the hiding places ranged from easy to hard according to their ages.

Brian and I sit back every year and laugh as the little kids gather their eggs with giant smiles on their faces, and the big kids roam around with excitement as they gather the first half of their eggs then confusion as they search for (and slowly find) the next several, and finally exasperation when the final few are at large. At that point they start checking the same spots over and over and over again - sure that at least one of their missing eggs will have moved over the last few minutes.

As they all search and find they work independently, but also together... there are shouts of "Kenzie! I found one of yours! Do you want me to tell you where it is?!" and lots of games of hot and cold. 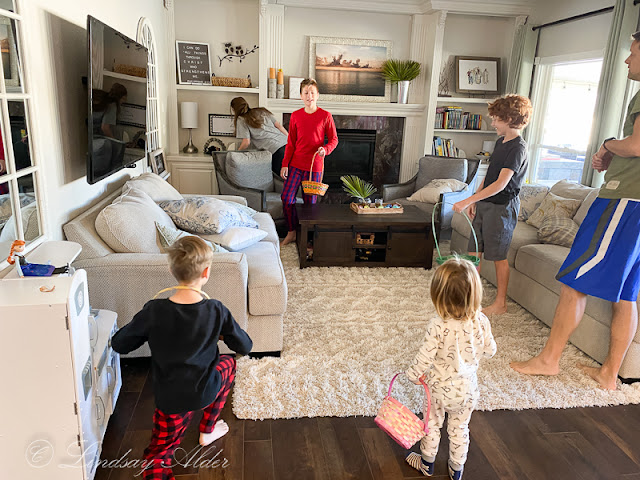 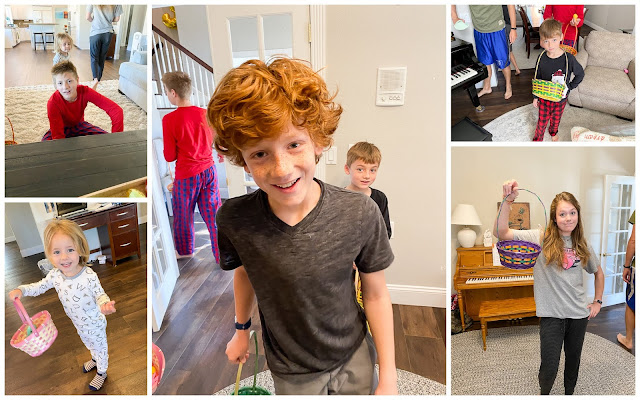 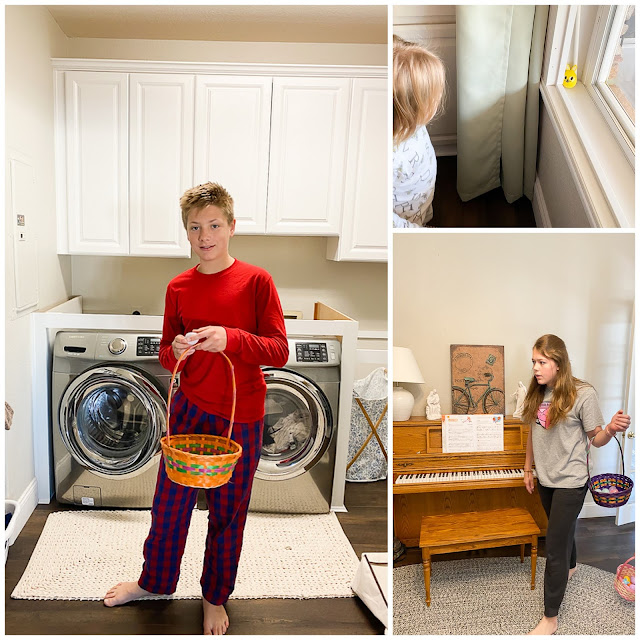 The whole thing last for about an hour. 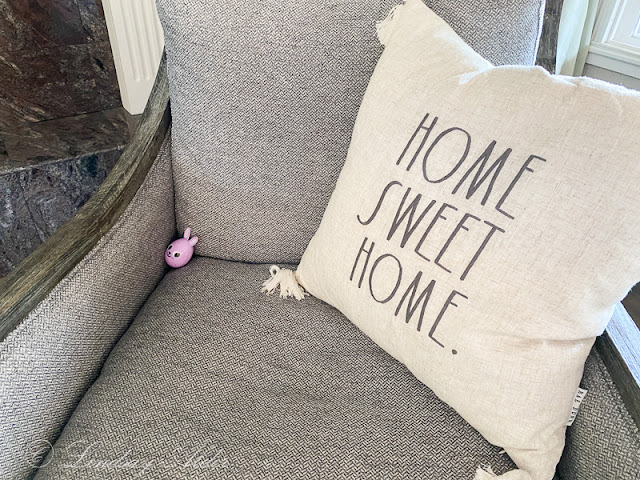 When they start to get close, they dump their buckets out and count... some more successfully than others. 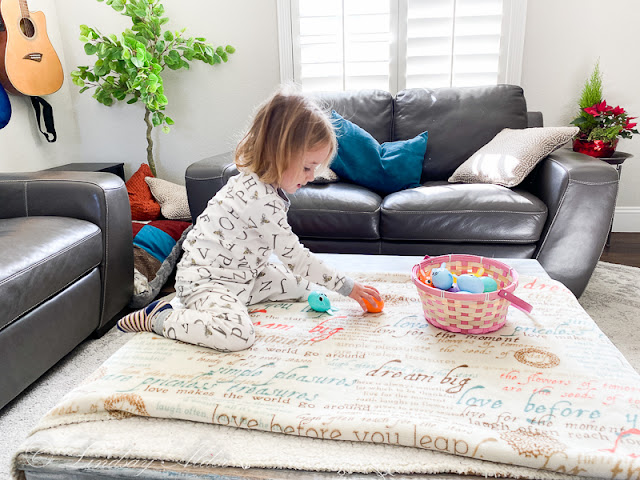 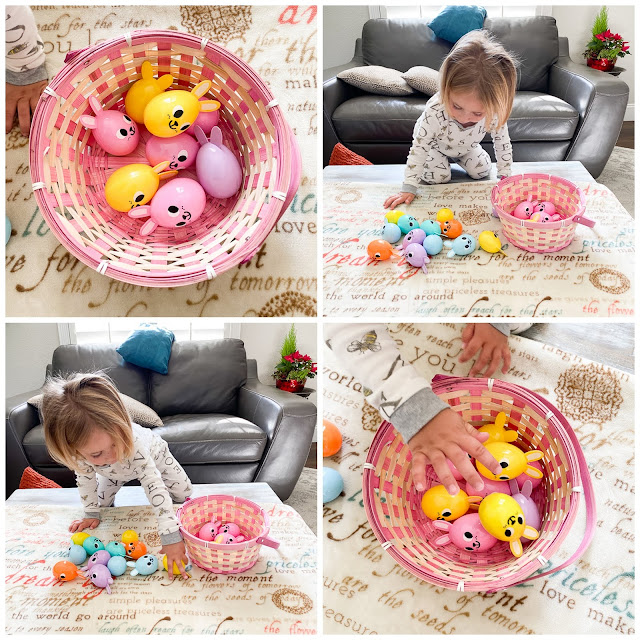 Timothy, sure he had all 30 of his, began diving in to see the ratio of jelly beans to chocolate to coins, but in reality he only had 28, and when one of the older kids found another one of his along their search path it created a lot of confusion in his head. 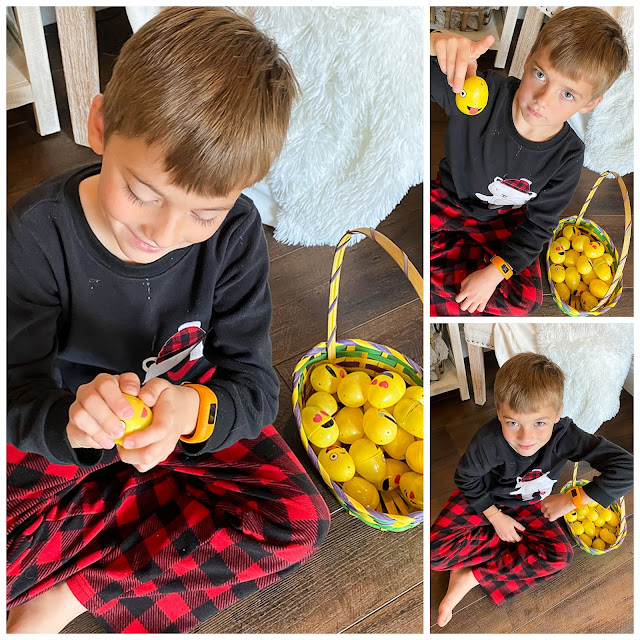 He had 'counted and double counted!' he assured us. But perhaps the designs he was creating as he was counting threw him off just a little. 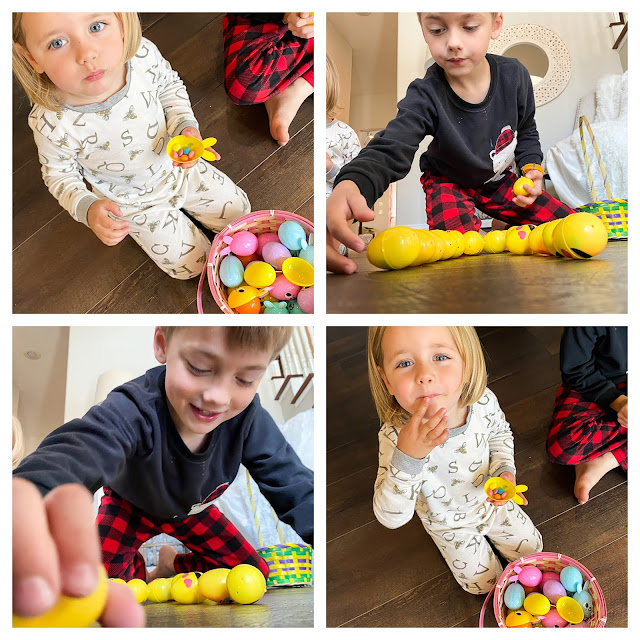 Eventually he found the last two and he and Eliza parked themselves in the entryway to enjoy their spoils. Meanwhile, McKenzie was counting the eggs in her basket over and over again hoping that she, too, was miscounting but she was not... she had 29 every time she counted. One left. 'I think it's nowhere' she said dejectedly. 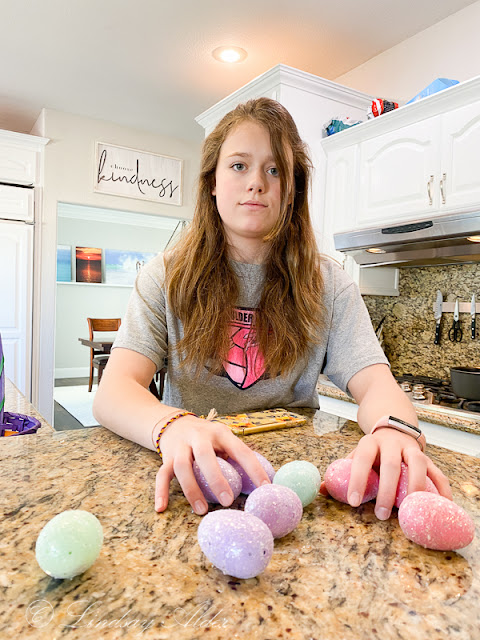 But she was in good company because it turned out that all three of the older kids had 29 in their baskets and felt like they had searched 'everywhere'. 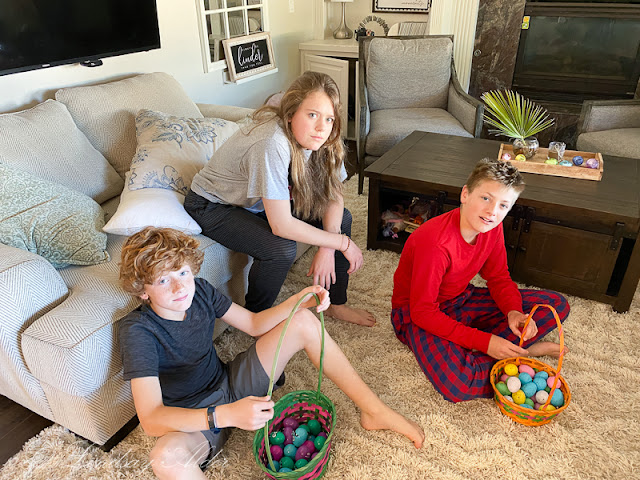 And so, it was time to bring in the Master Finder of the house. 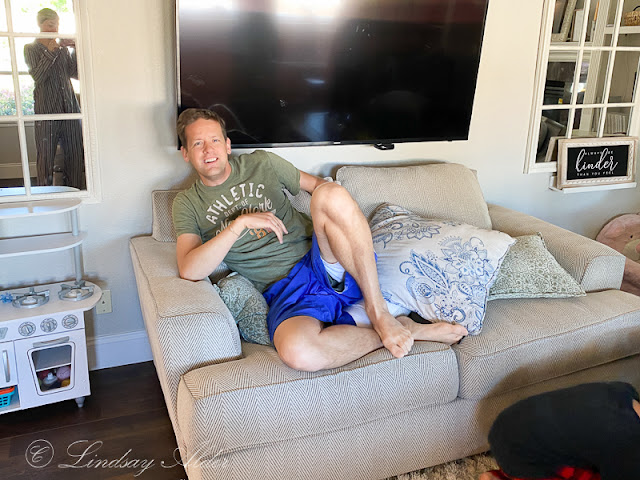 Brian can find ANYTHING. And, sure enough, after a while he helped the kids find each of their last eggs. Carson was glad to finally be done with it, Miles was ecstatic to hold that last egg, and McKenzie was humorously embarrassed that her last one wasn't even hidden very hard at all, just on a shelf in the family room. Funny how different all of their reactions were to the exact same situation. 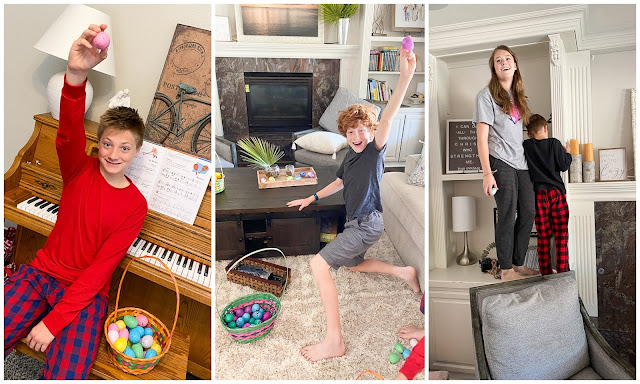 I hope that these five people will sit around their own living rooms one day and remember with fondness these years. 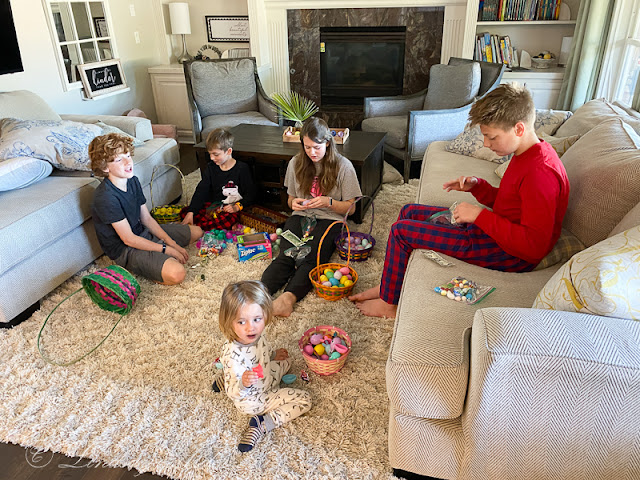