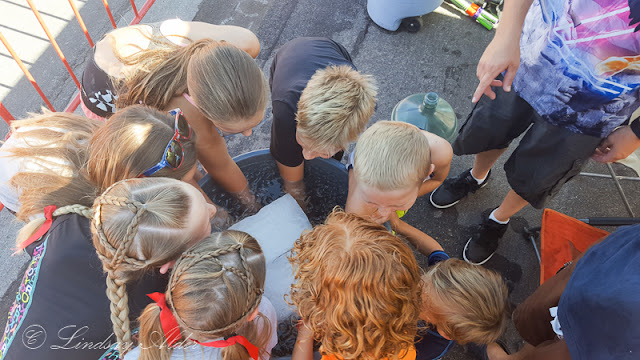 This year the fourth of July was probably the best fourth of July I can remember.  Who knew that Boulder City puts on such a great day of celebration!?

It started early with several garbage cans full of ice. Full of ice. Eight garbage bins, to be exact, and eighty bags of ice. After the ice was resting peacefully in the cans, they were placed on the sidelines of the road, filled with water, and there they sat... waiting for the parade to begin.

The kids sat there too, waiting for the same thing, and held several contests of 'who can keep their arm in the freezing water the longest.  Carson was the winner and swore he was having fun, but his face told a different story. 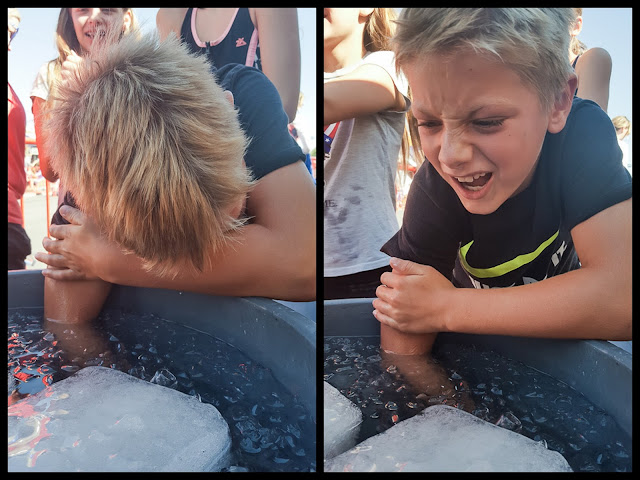 Soon the parade began and the kids patiently held their water guns at bay while the 'non water entries' passed them by. 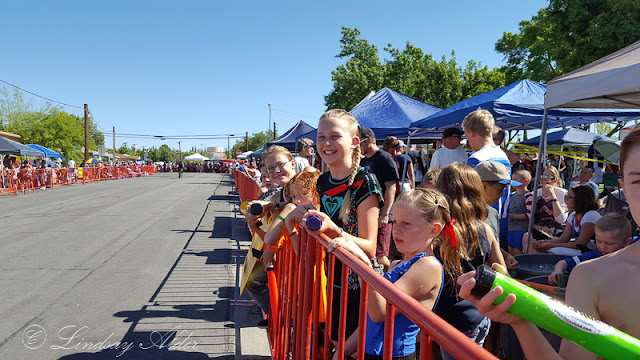 And then suddenly, without warning, and with seemingly no prompts, the whole street erupted in a giant water fight and seconds later a golf cart came skidding by displaying a waterproof sign that read, "Water Entries" which was the green light to spray your hearts out at anyone you saw and everything you could. 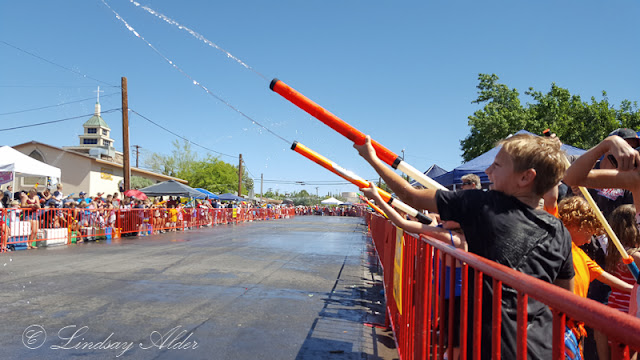 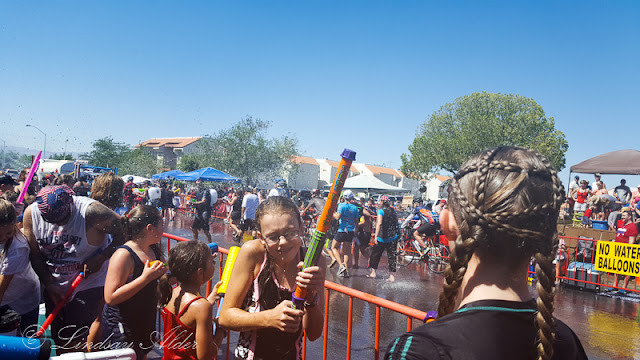 Our freezing cold bins of water ended up providing us with so many laughs as the floats went by.  By the time the parade entries reached us, everyone was already drenched through to their skins, but watching our freezing streams of water hit them by surprise was delightful. 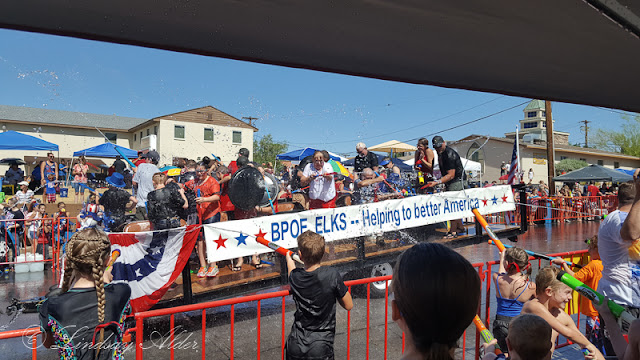 I personally hate cold water and might have been more involved with the actual water fighting had our water been a bit more room temperature, but watching the chaos and occasionally getting blasted by a freezing stream was fun enough for me. 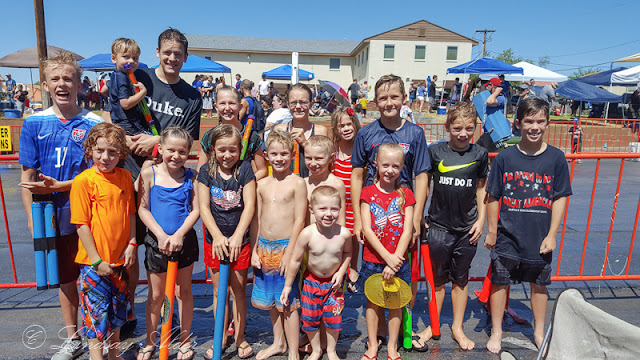 It was also really wonderful to feel like we belonged.  We haven't been here for very long, and yet we have been welcomed into this community with wide open, loving arms. 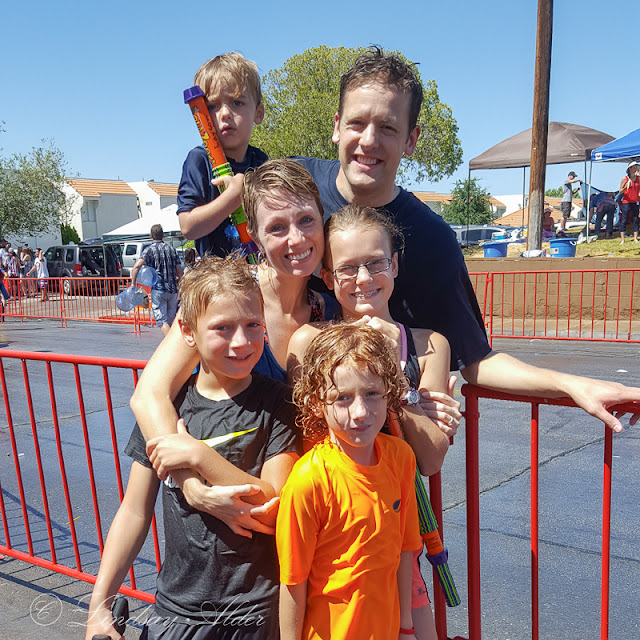 We can't wait to do this parade again next year! 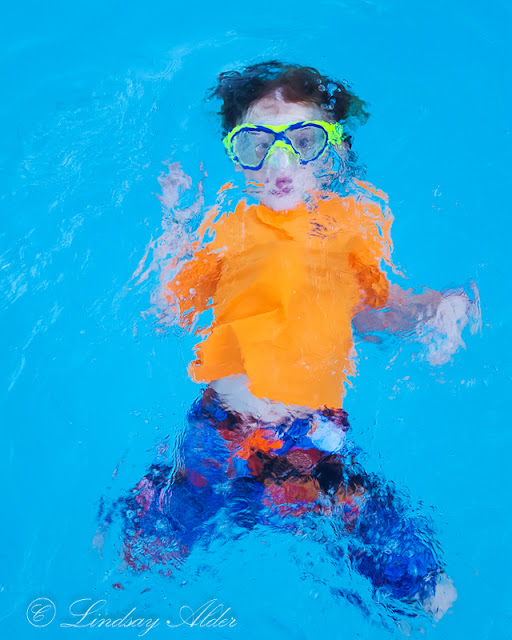 After the parade was more celebration fun with a BBQ swim party at the Larsons, and then a walk down to the park to watch the incredible firework show that people from all over Vegas came to see. Parking is a nightmare, so I've been told, so how fortunate that we are able to just strap up the shoes and strollers and walk the half mile down to the festivities. 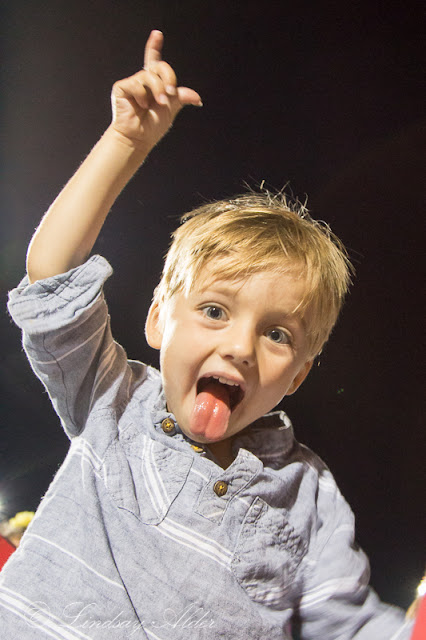 Just before the fireworks started, a group of teenagers belonging to several of our companion families strolled by to say hello before they marched on their way.  I pulled McKenzie closer to me, knowing that the days where she would be sitting next to me on a blanket rather than roaming the crowds with her friends are severely limited.  I love that she wants to be with me today. 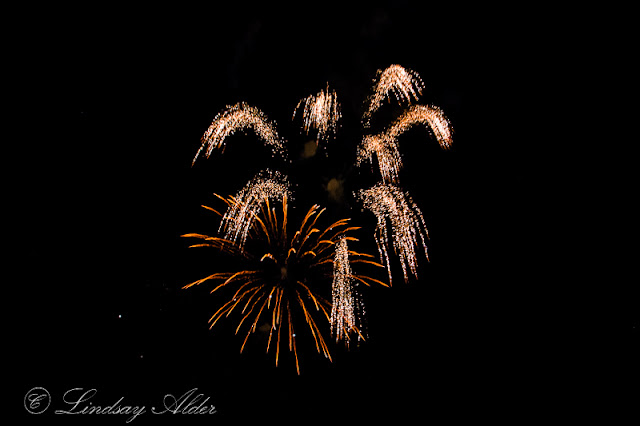 The fireworks show was spectacular. 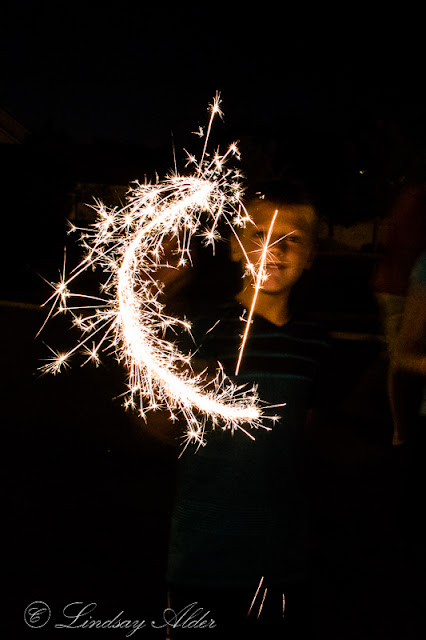 And then we ended the night back up in our own neighborhood with sparklers. 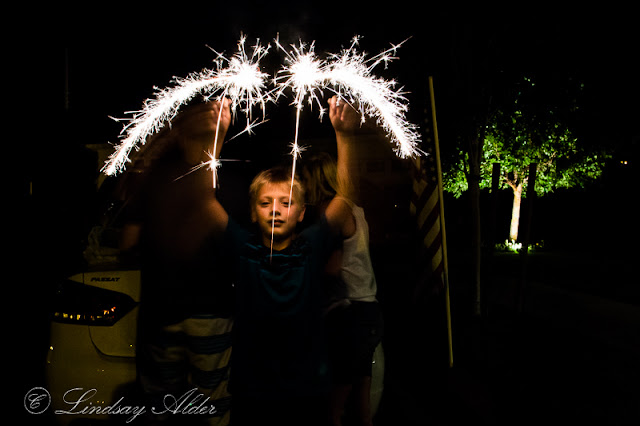 It was a day full of fun, friends, and community and I was so delighted to be a part of it all.
posted at 2:51 PM