1.  Sometimes I wish I had sound-proof space suits for my kids.  That way, they could click themselves in and then talk and squeal and laugh with each other to their hearts content through whatever speaker systems they use in those things, but all their noise would be contained.  In the suit.

Maybe some of you have had the experience of hanging on to your sanity by an unraveling thread while the chaos and noise around you mount and mount and mount.  The giggling!  The running!  The squawking!  The silliness!  It's fun sometimes, right?  And then sometimes it's not.  I'm still working out a solution to help in these times now that 'go outside' isn't always an option.  Indeed, some might think my parenting neglectful if I stuck the three older (louder) kids on the elevator alone and sent them hurdling down 11 floors to have free reign of the pool deck below.  So, mostly I just quietly remind them to lower their voices, to stop running, to please not shriek like that inside, to separate themselves from each other.  In one of my finer moments, when these gentle reminders were proving about as effective as banging my head into a wall (which, now that I think about it, would probably be quite effective if I did it in front of the children) I said, "Alright!  That's it!  I want you to... to... to... just... sit on the floor... and... and... just sit on the floor and... and... stare at each other.  No talking.  No laughing.  Just sit." 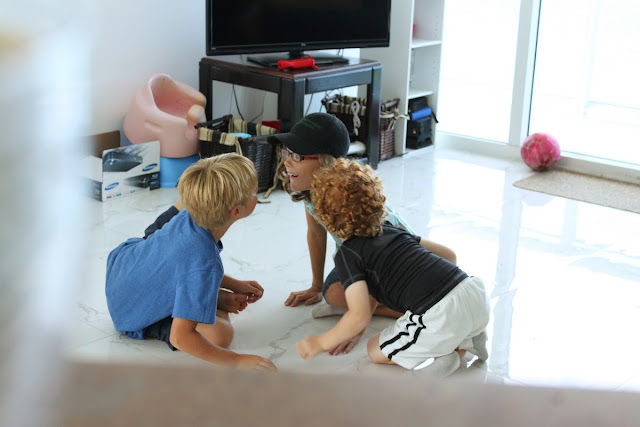 Unfortunately, they really can only obey one direction at a time, so the 'no talking' and 'no laughing' parts of those directions got lost somewhere in their brains between the hearing part and the comprehending part.  So, the silliness resumed.  No, escalated.  I thought I was going to have to pull out the mop next with all the intense laughing going on.  Any ideas on how to put the reverse on the silly, out-of-control behavior once it's started if going outside isn't an option?

#2 - They get tired when we ride our bikes to the pier.

You can see where I'm going here now, right? 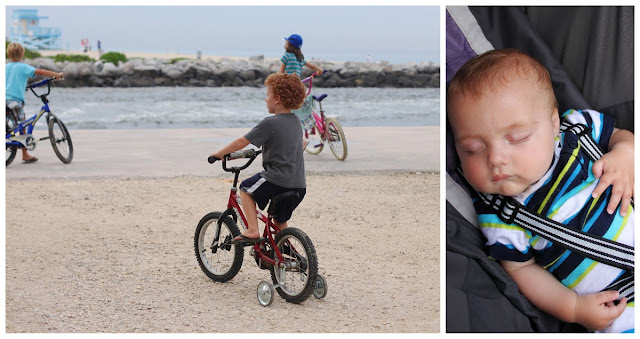 Don't let the kids fool you in the following picture, they're actually having fun.  My question is... why can't they behave a little more like this when they're at home? 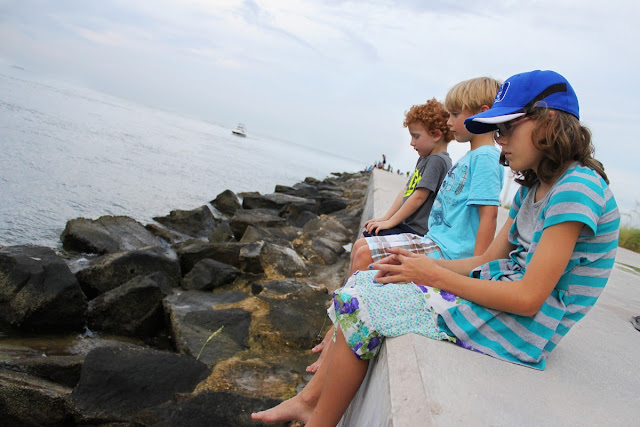 I guess it's just that riding your bike a mile and a half in the sand is tiring after you've spent the whole morning running around inside the house. 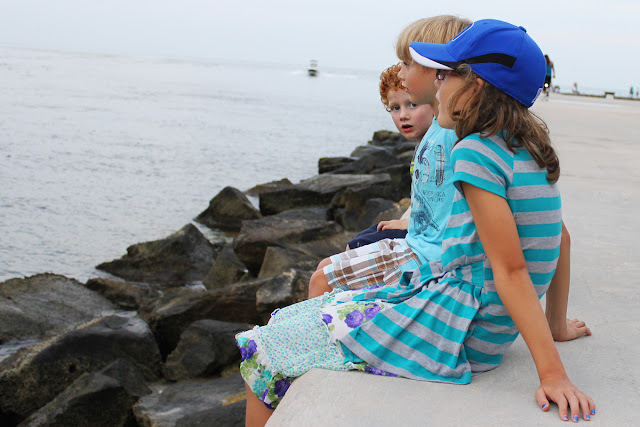 These guys are turning into strong little puppies with this year of swimming every single day and biking in the sand to parks, piers, and libraries. 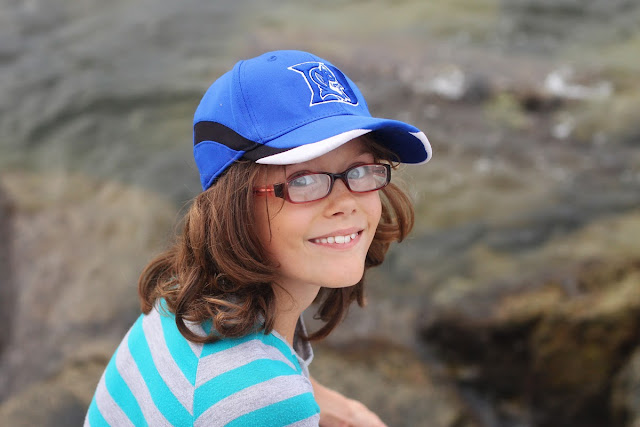 I like that.  I want my kids to feel strong. 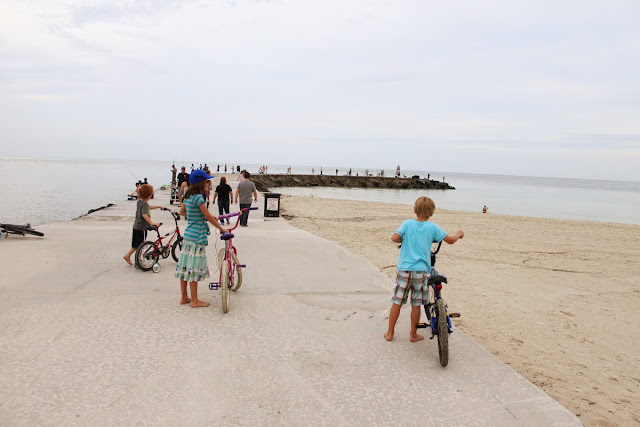 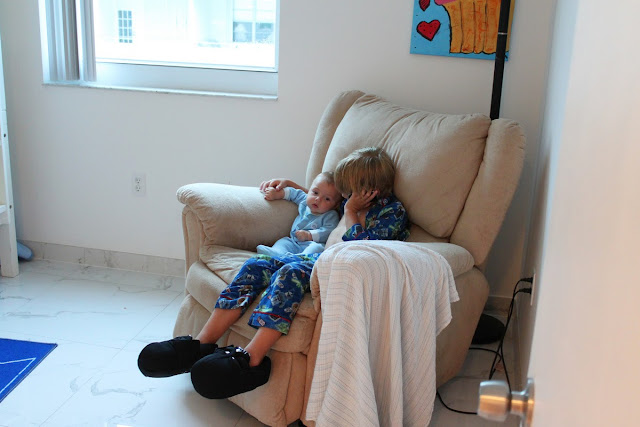 Okay.  Looking back over these first three points, apparently all I can think about right now is the noise level in my house.  Let me tell you a little about what the atmosphere in my house is right this very minute and maybe you'll understand a bit better.  The kids have found that pots and pans make excellent helmets and that throwing Hot Wheels at said helmets (while jumping on the bed) makes an awesome sound that rings and rings and rings and rings in their ears.  And, incidentally, in the ears of anyone around them.  This is exceptionally funny and no laugh would do it justice save for the high pitched squealing ones that keep erupting from their lungs.  Then, of course, there's the bang of the cars hitting the walls when the aim happens to be slightly off on the four year old's arm.  Why do I allow this to happen, you ask? 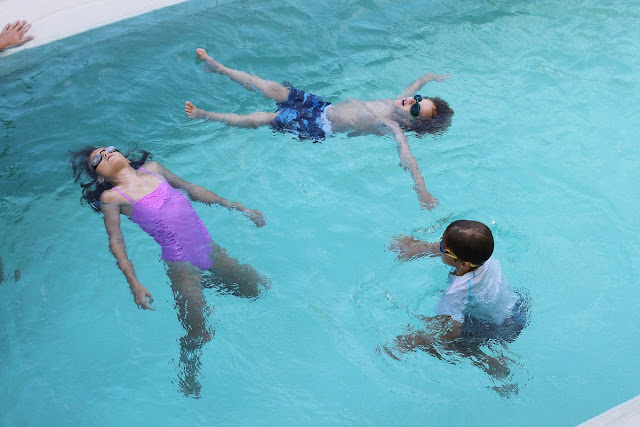 My kids spend a lot of time underwater at the pool. 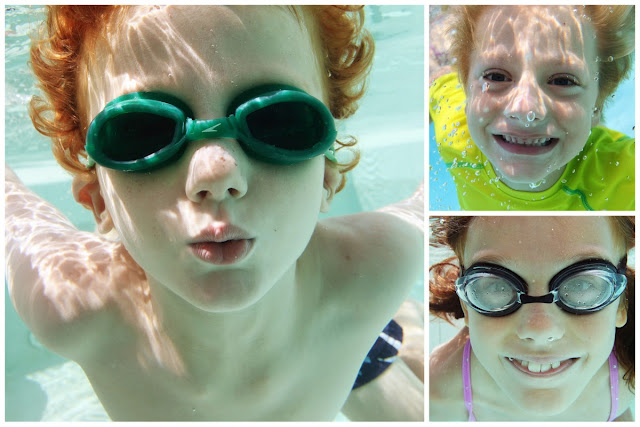 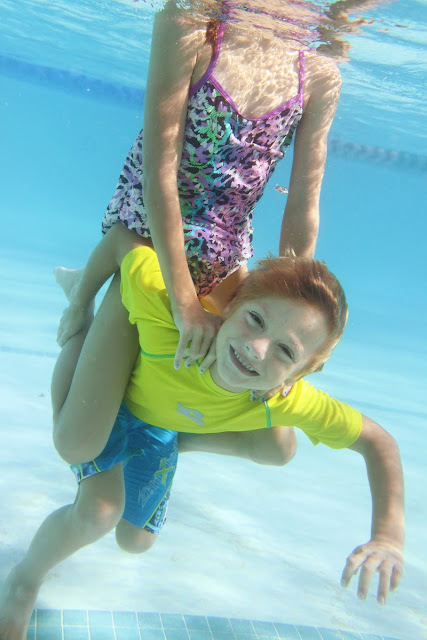 Before we moved down here we got our kids into an intense round of private swimming lessons and, let me tell you, it was the best $150 I ever spent in my life.  These kids are fish in the water and have so much fun with their confidence. 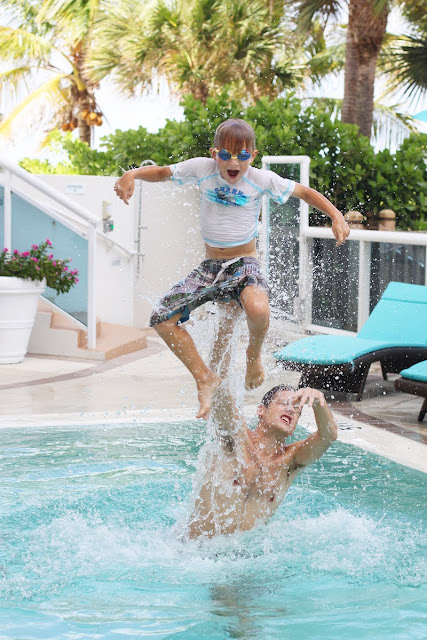 Plus, I feel so much more comfortable having watched them swim lap after lap after lap without tiring.  Even Miles can get himself across the length of the pool without stopping (though, it's not quite as pretty). 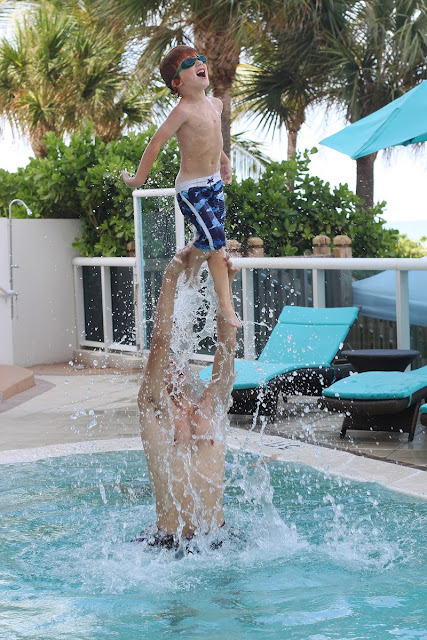 Also, I hesitantly forked out $20 for McKenzie's goggles because they have corrective lenses and have praised that decision hundreds of times so far.  Poor girl is as blind as a bat without them. 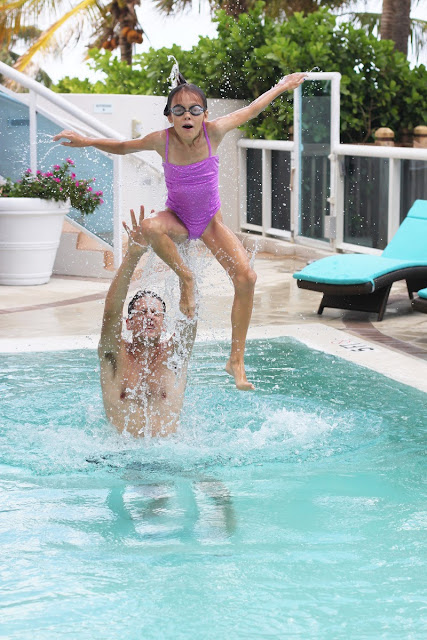 But, since she has them she's free to explore the bottom of the pool or ocean along with the rest of us. 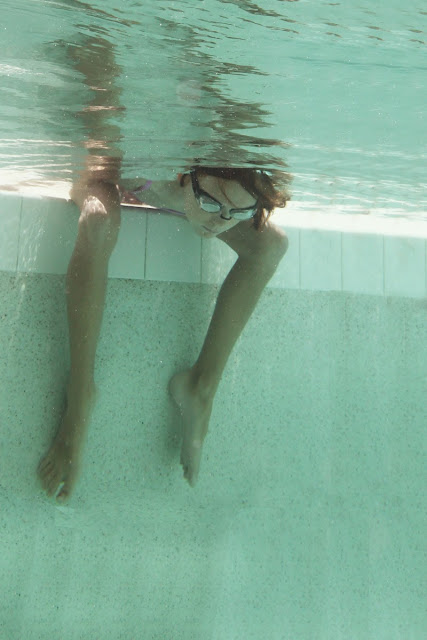 We've only had one round of swimmers ear (poor Kenz) and it was bad enough to motivate us to put drops of alcohol and vinegar into their ears after each shower ever since.  So far it's working. 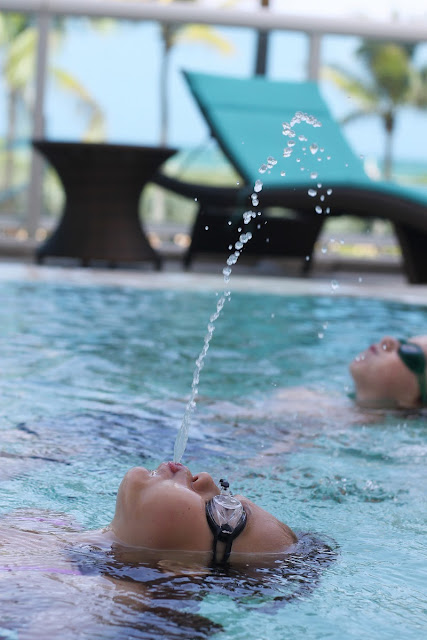 #5 - Okay.  This Hot Wheels throwing, bed jumping, pot clanging has got to stop.