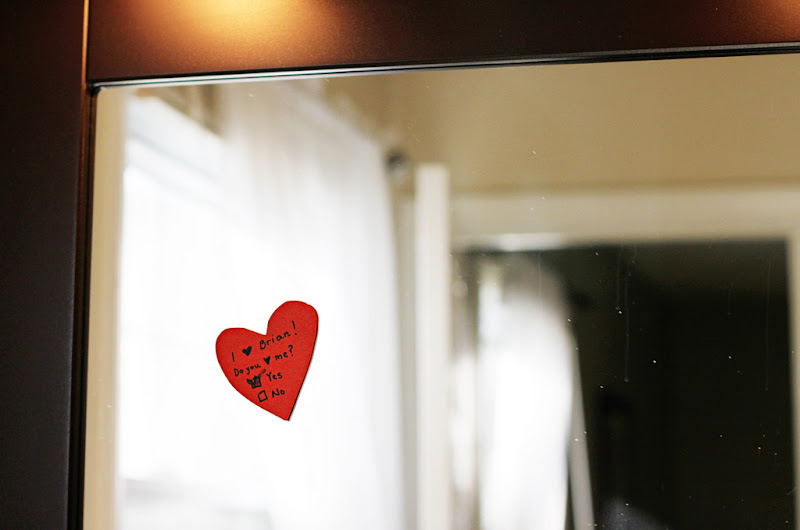 I cut this little heart out of scrapbooking paper, rolled a piece of tape for the back and slapped it on the mirror the night before Valentines Day. I smiled to myself, half awake, when I heard Brian discover it the next morning. He laughed and rummaged around in the drawers for something to check his answer with before he ran out the door for work... I'm pretty sure he used my eyeliner. I drifted back to sleep and woke a half an hour later to start getting the kids ready for school. We prayed, dressed and did our chores before we sauntered into the kitchen for breakfast. 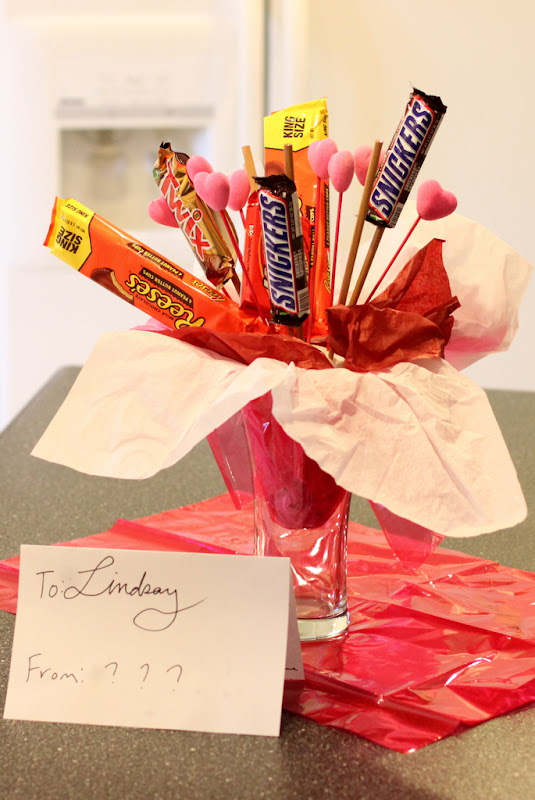 The lights were low, and the island was topped with this candy bouquet that he made... I'm saying he bought a styrofoam ball, folks. And wooden skewers. And little pink hearts. In addition to all of my favorite candy bars. It still makes me smile to think of him working with the tissue paper... and let's not let the paper underneath the vase go unnoticed, either. From my wonderful, Details Aren't Important husband, this spoke volumes of love. (You may have noticed the few empty skewers... I couldn't help it... they were my favorites.) 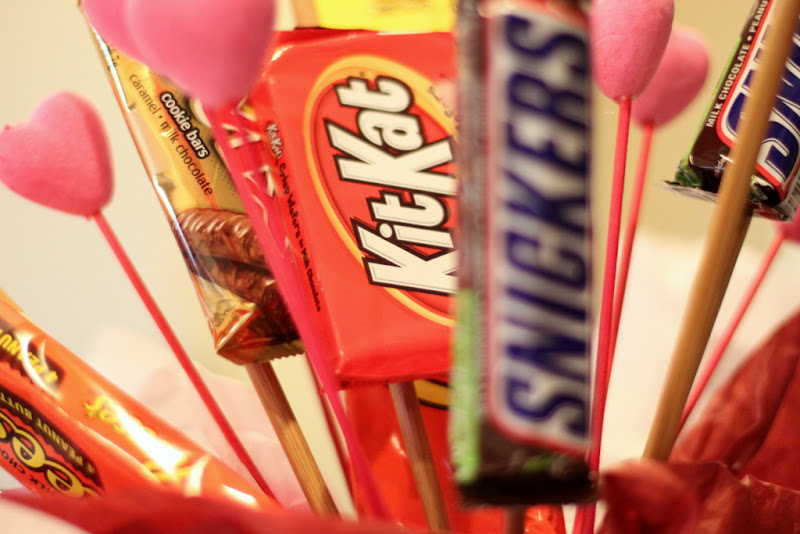 The kids had character balloons and small boxes of chocolate on their stools, too, and you can imagine the delight. 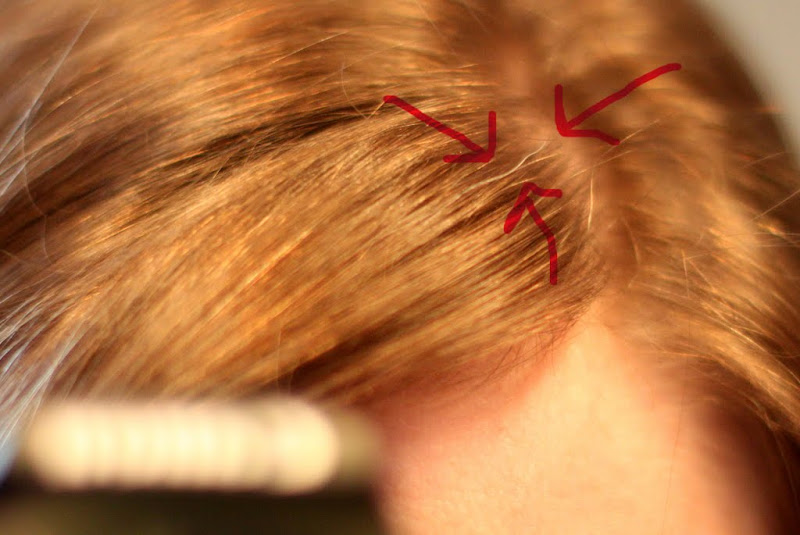 Do you see it? I missed the focus a bit, but DO. YOU. SEE. IT?! My first reaction was one of shock and a bit of appall. This is a rude, rude welcome into turning 30 next month, I thought. The saddest thing was that this was not actually the first one I spotted. I found one a few weeks ago and decided the best thing to do was to pluck it out and ignore that it even happened. McKenzie saw me pull it however, so she was in on the secret. When she saw me staring at this beauty in the mirror she said, "Oh! Is that a gray one?"
"Yesssssss......" I admitted
"You had one of those before."
Thanks, Kenz.
I took about 15 pictures trying to get my head and my face in the picture at the same time, but my frame was just too tight, my arm was just too short, and I was just too lazy to go get the tri-pod or to change my lens, so it never happened. 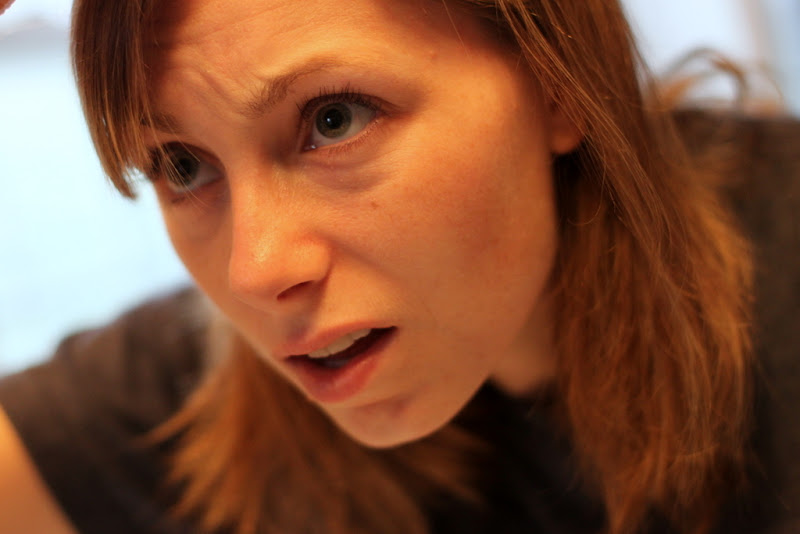 An interesting thing happened while I was sifting through the pictures, however. I stumbled upon this one above and realized that, while I thought this face was portraying what I was feeling inside (and it did at that moment) I actually don't feel this way. I made a bit of peace with that little gray hair sprawling out like it owned the place. I kind of love it, actually. I wish I would have made peace with it before I plucked it out... 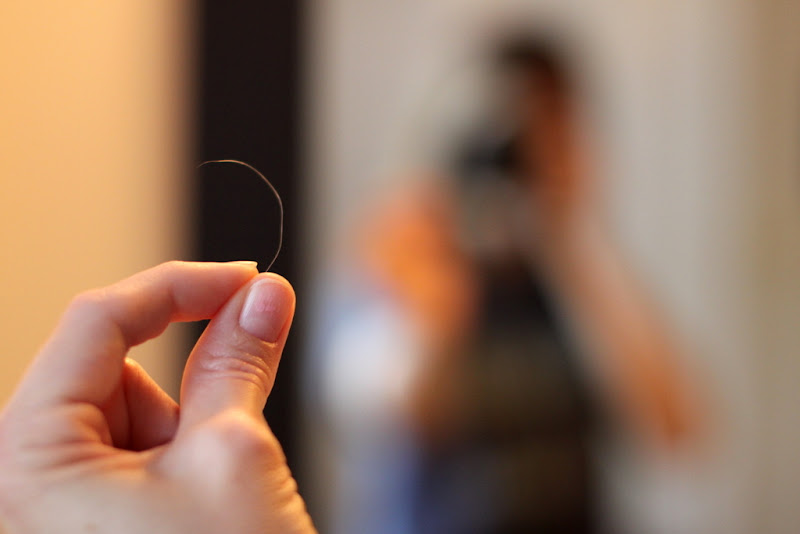 Next one I see, I just might let stay. 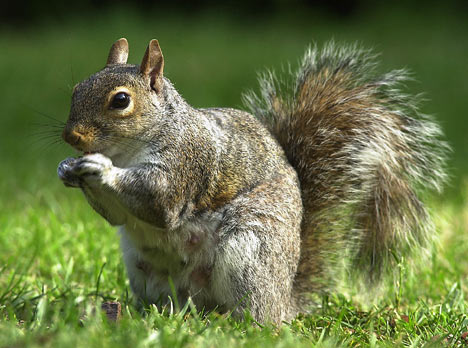 (Source - I'm too lazy to go take my own picture today. ... I can't help but notice how beautiful those wisps of silver hair are in his tail...)

We have a squirrel problem. It's called: they're in our attic.

I'm a little indifferent to the whole situation. I'm a bit fond of the little rodents scampering across the power lines and chasing each other around in the trees. I'm willing to share my space with them. I've learned to be accepting of the ants that come around ever summer... why not let in the squirrels, too? Yes, I know they can cause damage, but they don't seem to be. We've gone up periodically to check on the state of things (and by 'we' I, of course, mean Brian... I enjoy watching the squirrels from a far, but the thought of being accidentally trapped in the same attic with one is a bit terrifying to me). We've never been able to figure out how they're getting in... but everything seems to be in order. They're getting more comfortable up there, however, and we're hearing them more often than we used to.

It's getting unacceptable for Brian and he's made it his personal mission to eliminate the problem. So he took a full Saturday and organized his own little stake out. He and Carson snapped on their head lights and spent the whole afternoon sitting up there waiting for an unsuspecting squirrel to divulge his secret entrance. Success. 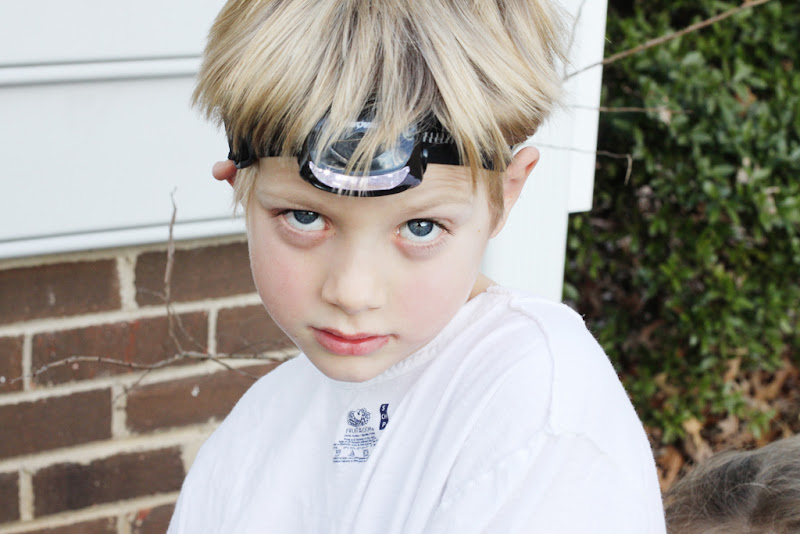 He spent the next week patching the hole and re-patching the hole with stronger material and re-re-patching the hole with even stronger material. Each time we'd eventually hear sawing sounds (no idea) and crashing sounds as they'd break their way through. Seems these squirrels are not easily deterred. Three days of this, and Brian was slowly losing his mind. Out of sheer desperation, he took to screaming and running at the squirrels like an outraged gorilla every time he saw them crawling across the power lines to our roof... He'd beat the underside of the roof with a broom in an effort to 'frighten' the squirrels into never coming back... He kept the ladder close to the attic entrance and flew up there whenever he heard scuffling above... He finally took a few old blankets up there and shoved them in the hole, tightly, and we haven't heard them since. I think they're probably using the blankets as soft nesting material, but Brian thinks the problem is temporarily cured and seems to be secretly hoping they'll feel the hostility in the air and choose somewhere else to go. We shall see.

One day during the height of it all, I came home and saw this little ball of insulation sitting on our back doorstep: 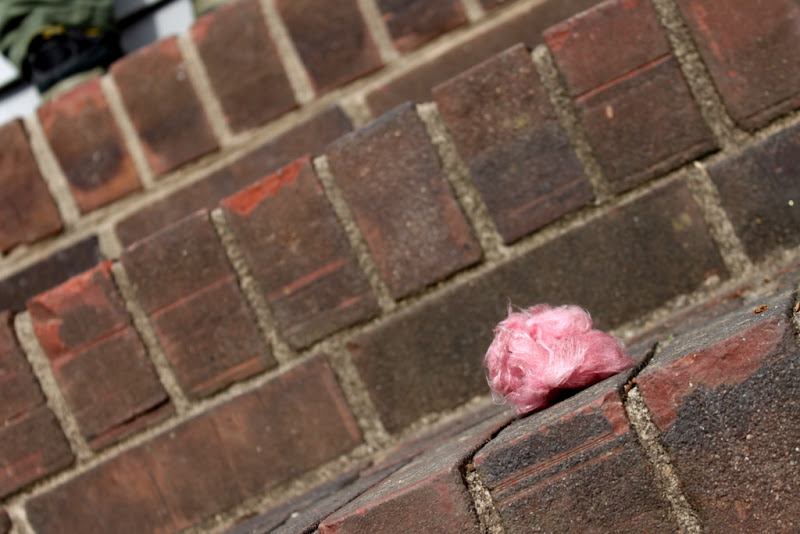 When Brian came home from work, he did not take it well.

"Linds!" He said storming in the house. "Linds! Did you see what they left on our steps?! It's a death threat!"