Falling in Love with the Mountains - Part 1 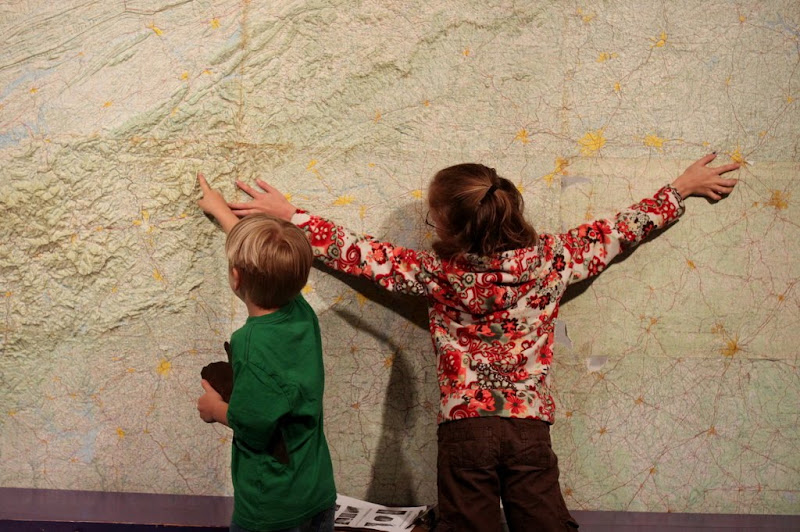 I'm pretty sure a psychiatrist would have diagnosed me with bipolar disorder had he gotten to know me during the time Brian was away. At times, he would have heard me saying that I felt like I was trudging along through cold, rocky, liquid cement that was slowly hardening... like I was expending the same amount of energy (or more) day after day, but making less and less progress... he would have even heard me entertaining the possibility of actually getting stuck and having to spend the rest of my life trapped in the middle of that sea of concrete. His notes might have said something like, withdrawn, overwhelmed, weepy, exhausted, unable to cope. 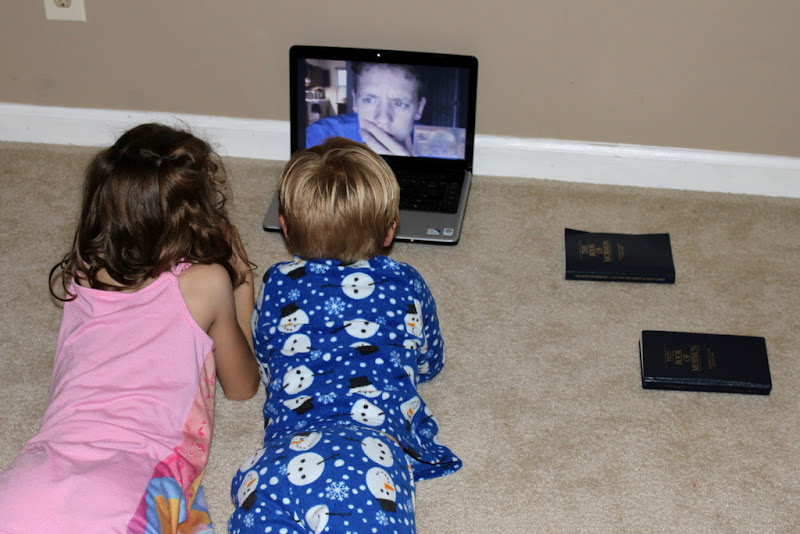 At other times, he would have heard me gushing about how free I felt. Imagine visiting a beautiful mountain city, weekend after weekend, that you were quickly falling in love with - and then moving there for 5 full weeks during the summer while your children were out of school. You don't own a home there - so there is no stress on you when the bathroom wall in your apartment sheds giant flakes onto the floor, or when the dishwasher falls out of the counter. You don't have to worry about why there is a large post-it note on the kitchen window warning you not to open it, and you don't have to think about how to replace the missing handle on the refrigerator. In fact, your dire living arrangements force you to spend most... almost all... of your time outside. Every morning after kissing your husband off to work and cleaning the apartment (which takes all of 15 minutes because it's only about 500 sq. feet), you pack a lunch, tie on three little pairs of hiking shoes along with your own, and are free to explore thousands of beautiful hiking trails... many of which are right in your own back yard. Or maybe you pump up the kids' bike tires and hitch up the bike trailer to yours. Or maybe you want to take your lunch to the Biltmore - the largest privately owned home in the United States - and ride along their trails, or go to their petting farm, or take the kids through their house to see the swimming pool, or the bowling alley again. Every Sunday you're free to soak up the ambiance of all three hours of church and then take family nature walks after, or read The Chronicles of Narnia to your kids, or put 5 puzzles together as a family, because you have no church related responsibilities. I think, during these sessions, my psychiatrist's notes would have said something more along the lines of happy, carefree, optimistic, friendly, energetic. 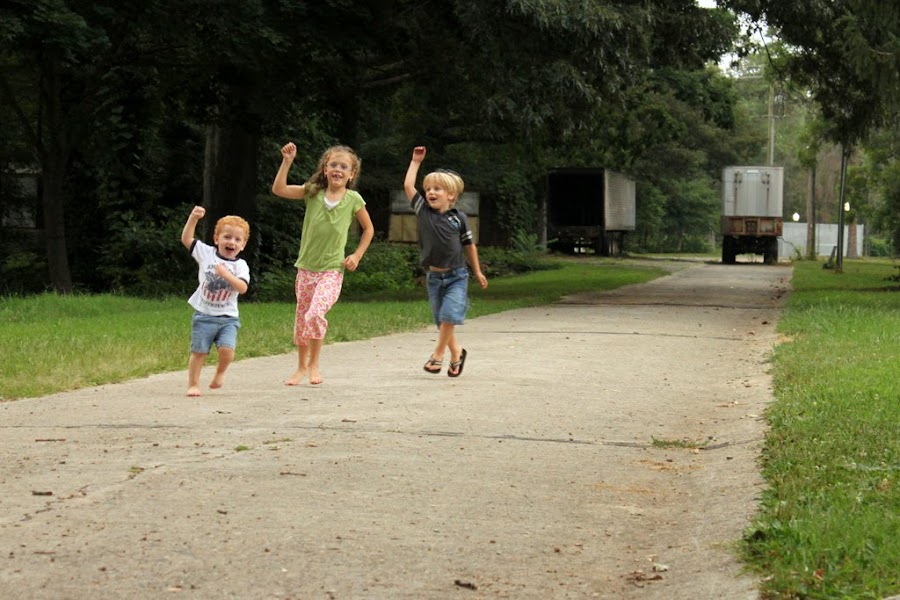 I suppose Charles Dickens said it best: "It was the best of times, it was the worst of times..."

But, for better or worse, the times are past me now. And, thankfully, the little bit of time that has passed has already erased much of the worst from my memory, and I am left with all the pictures to remind me of the best. 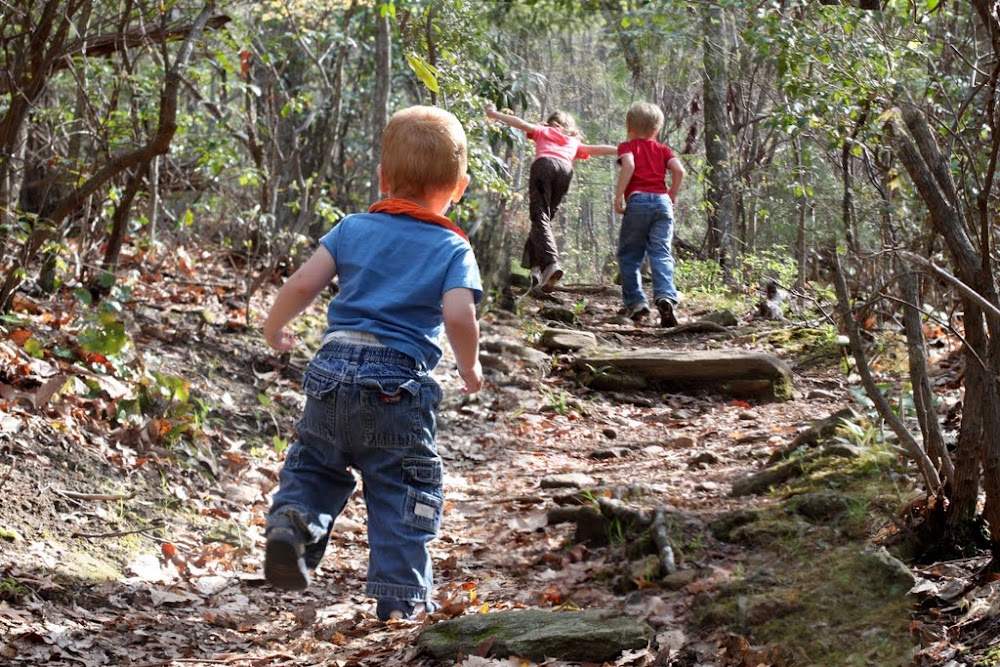 Who knew little legs could walk so much? We covered miles (and miles and miles) of trails on foot and these three almost never tired out. Fueled by their intense desire to find the perfect rock, (McKenzie is quite sure she is going to find a diamond one of these days and is frequently running back to compare her newest find to the ring on my finger) they moved along pretty happily. 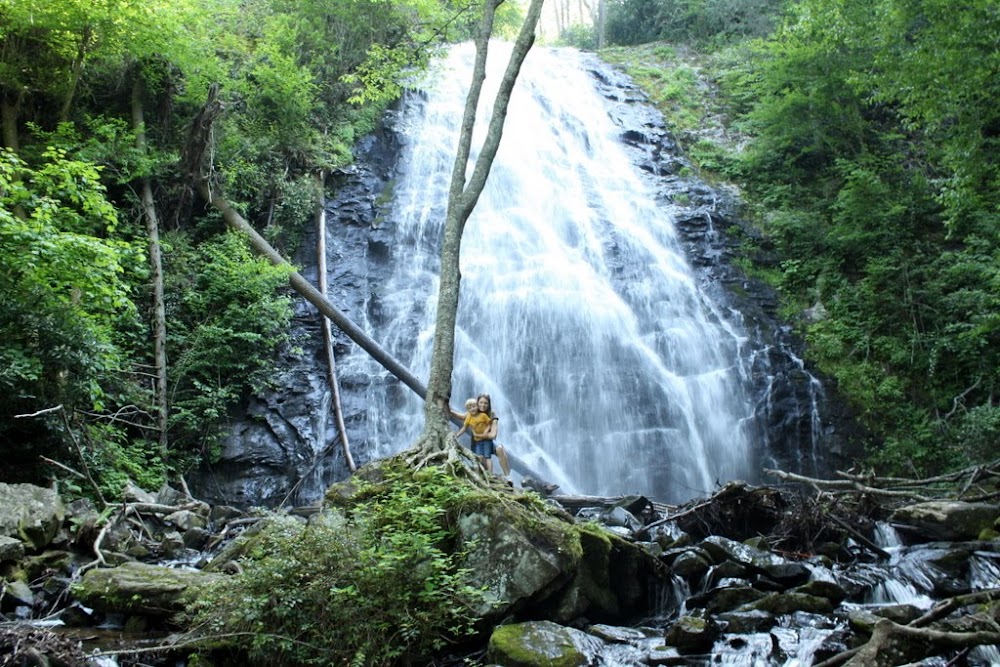 For the 5 weeks we lived there, my weekday schedule looked something like this...

7:30 Get Ready/Eat Breakfast/Tidy Apartment
12:00 Eat Lunch...somewhere fun
3:00 Be home to welcome Brian from work
5:30 Eat Dinner...a simple one because we have limited cooking ingredients
8-10ish Tuck exhausted, happy kids into bed/enjoy handsome hubby
... leaving gigantic blocks of time unstructured and open. And did you catch that Brian was home by 3:00 most afternoons? Heaven! 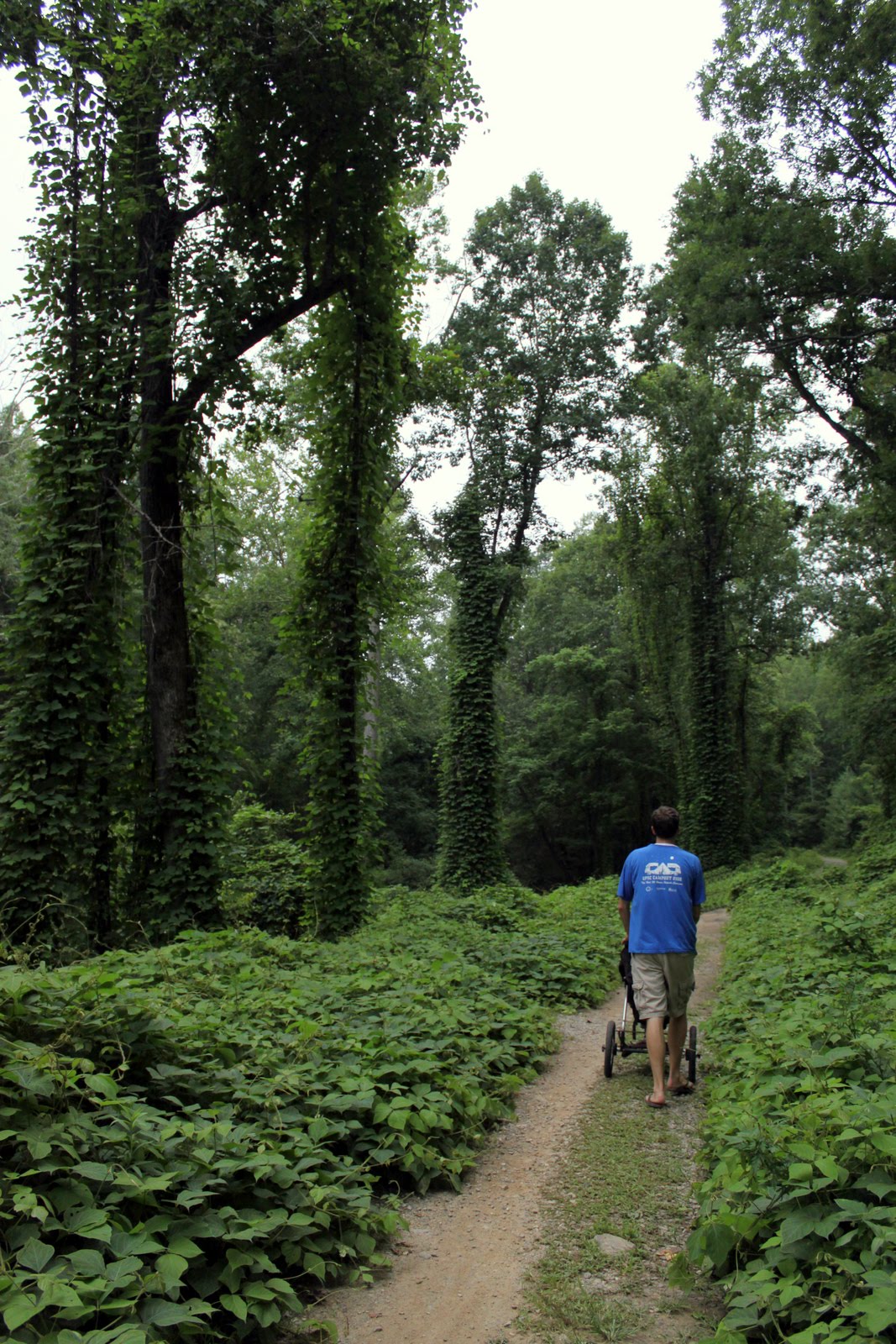 We typically had three big outings a day... the kids and I would take one big hike/bike in the morning that would take us all the way through lunch, then when Brian got home from work he would take the big kids out swimming or to the museum while Miles took a nap, and then after dinner we'd head out as a family for another fun hike or a stroll around downtown. The freedom was overwhelming (in a good way). Free to play, free from schedules, free to explore. I wore a ponytail, no makeup, my camera and a smile almost everywhere we went. Stumble across some rushing water? Sure! Stop and slide for a while! 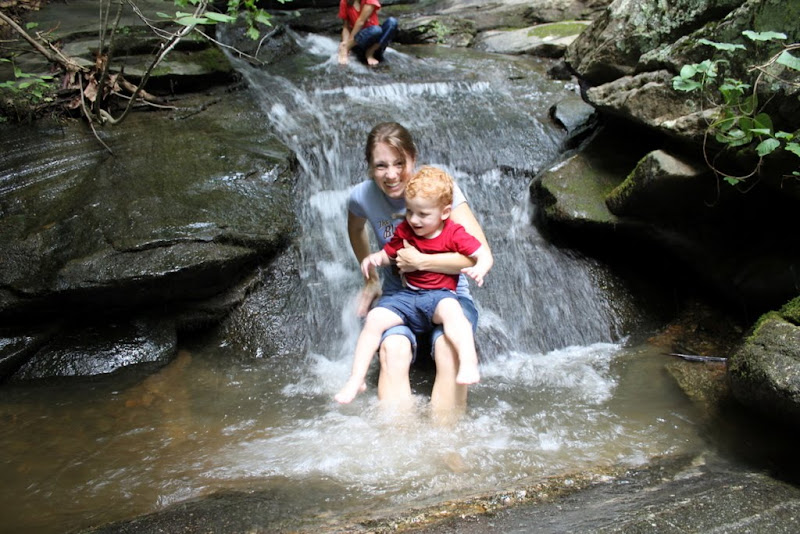 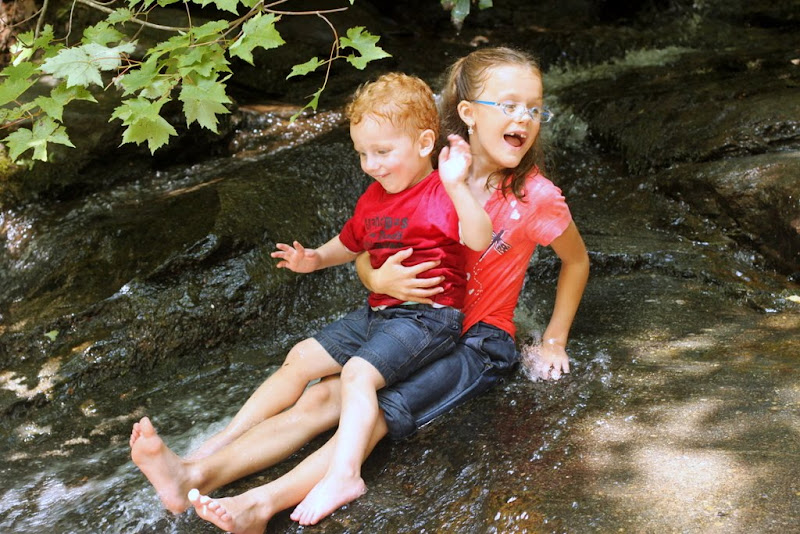 See a rock you want to jump off 68 times? Do it! We have nowhere to be! 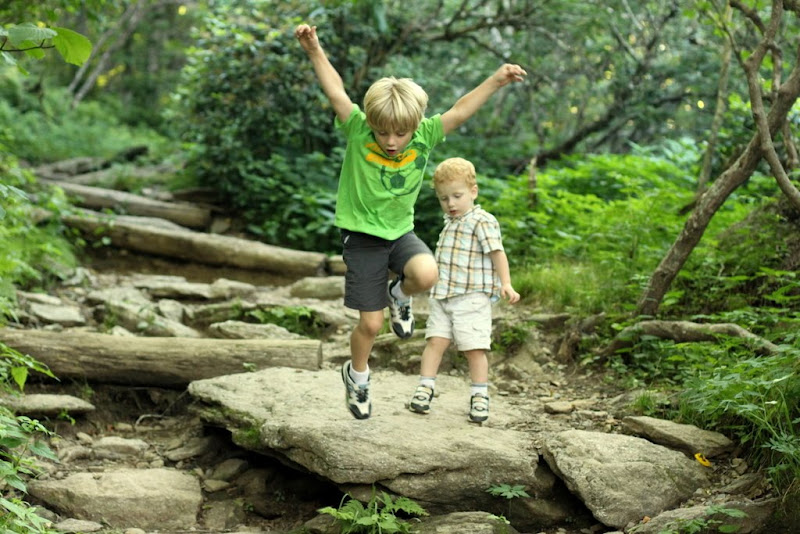 Getting hungry? Alright! Let's pull out a snack and start making our way back home... we'll do it again tomorrow. 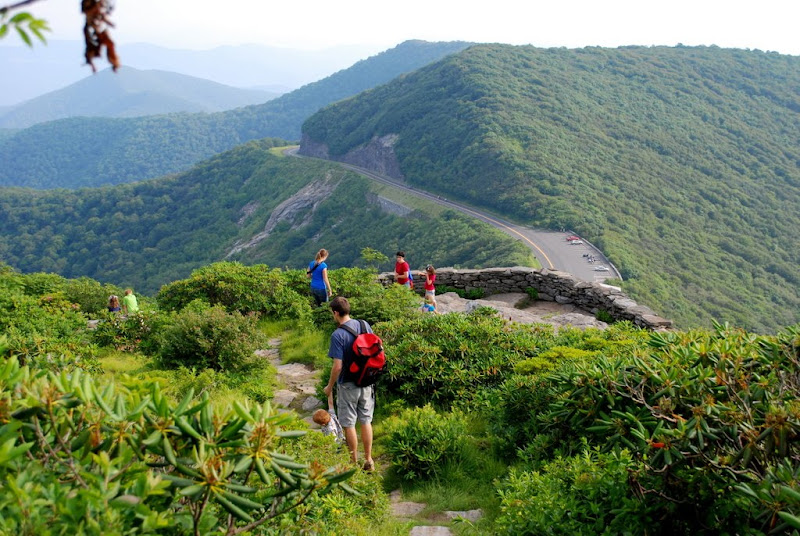 Photo taken by Doug Larson
Those 5 weeks were a little slice of heaven. And those feelings of freedom and happiness came back each weekend the kids and I would return.

Then the time came, over and over and over again, for me to back out of our parking spot on Sunday afternoon with three crying children in the back - barely hanging onto my own emotions as well (sometimes not holding them at all) - and wave good bye to Daddy and the freedom for another week. Each drive, I would vow to bring a little of the freedom back with me... to not let stress get to me and to just carry that free heart right on into my normal life. But the closer and closer we got to home, the heavier and heavier my heart became.

I can't figure out how to do it... some people are really good about ignoring the stressors in their lives and keeping a carefree attitude. But I haven't been able to figure that one out yet. Is it possible to keep a 'vacation heart' while still taking care of regular life?

Anyway, that was a bit of a tangent - back to the great stuff. :) 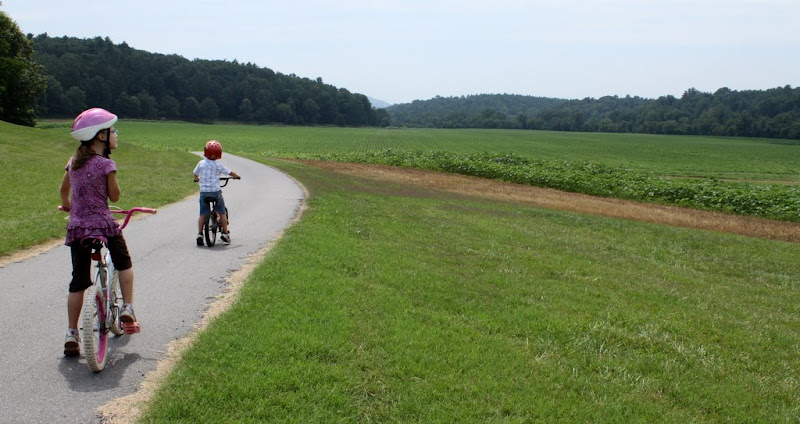 I think biking may have been my personal favorite. We were a little bit limited because I only own a road bike, and most of the trails were for mountain bikes (and I obviously didn't want to go down any real roads with these two crazies!). 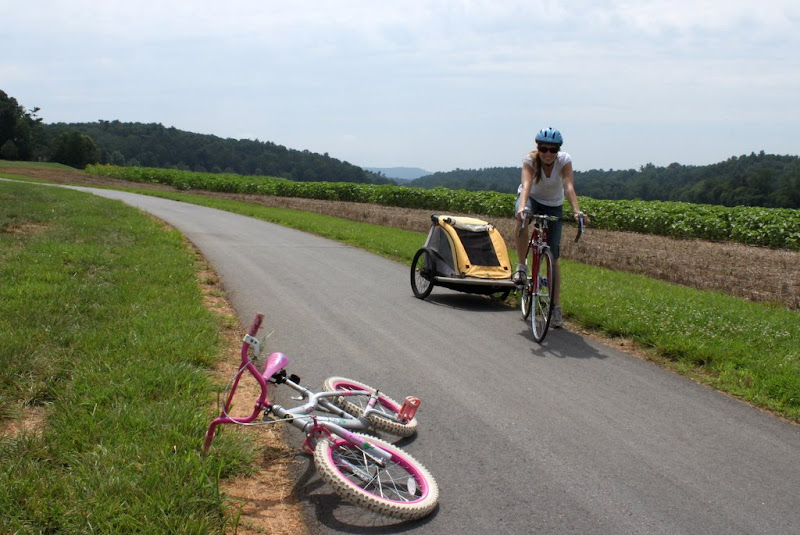 But the Biltmore had a beautiful paved biking trail that ran right along the river. Easy, calm, lovely ride. At the end, the trail turned into dirt and rocks alongside a fun lake, and I would always park my bike here, divvy out the snacks and walk alongside my kids so they could get a little adventure biking in before turning around. 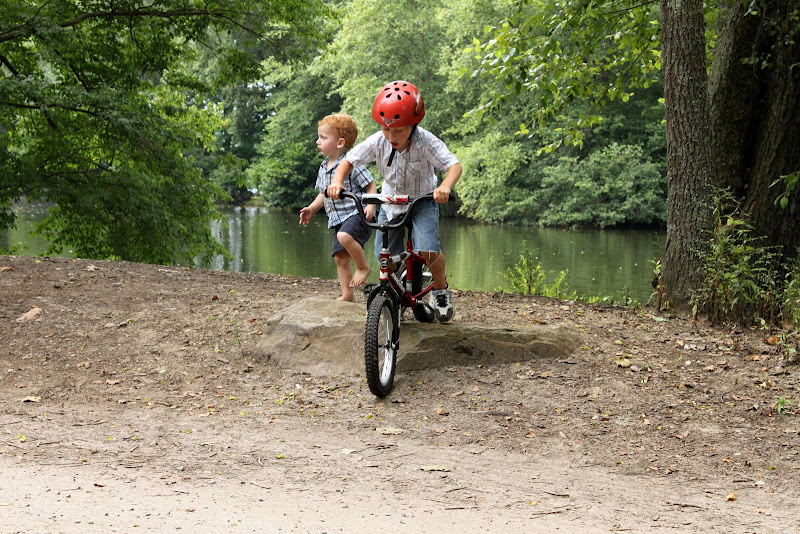 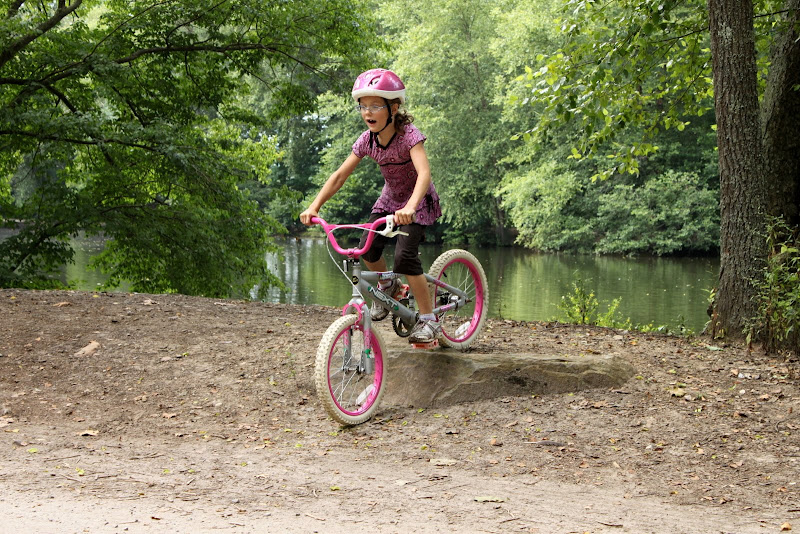 Those bike rides always felt serene. The drone of the wind rushing past my ears, the beautiful scenery, the faint tinkling of giggles I'd catch from the kids in front of me... And as long as we kept moving, the ease was delightful. But if ever we stopped - oh boy - like, say at the (almost) top of a hill... once it took me 4 (four!) tries to get moving again to cross the street that was intersecting our path. I'm pretty sure the people in the cars that stopped for us even applauded as I finally made it across the road hauling my heavy load up that hill. 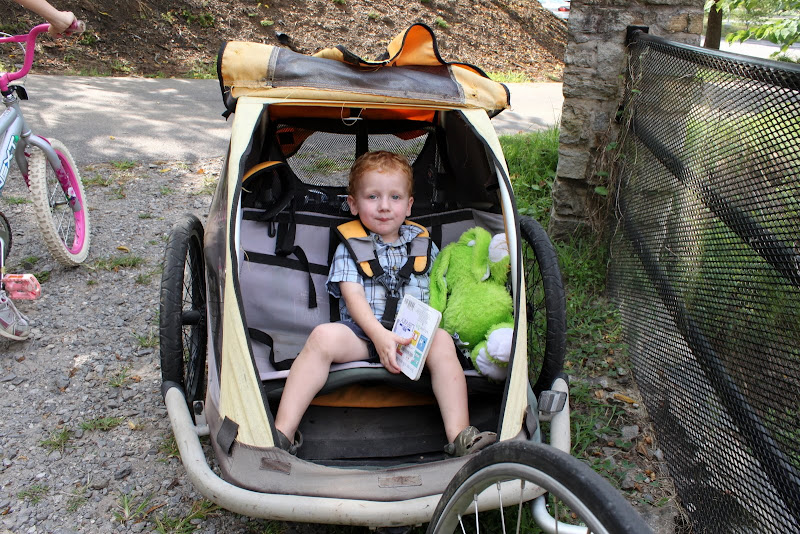