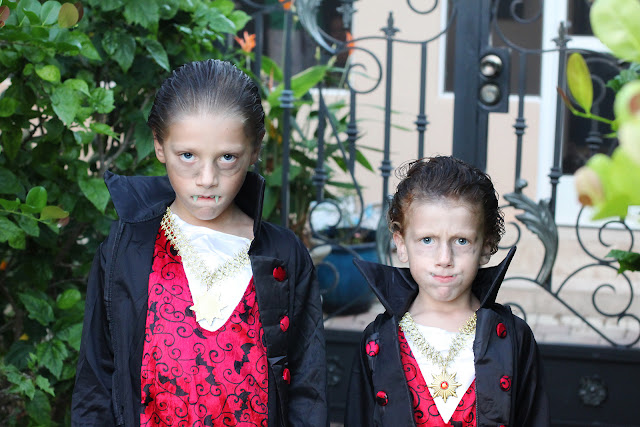 Good eeeeeevening to you.
Lets pretend you were on your way to a city Halloween party, and on your walk you passed by a gate that looked very vampire-ish.  You happened to have two small vampires with you and one said, "Hey! Take a picture of us in front of this gate! It will look like we are guarding a castle!"  You said no initially because the people who live (for real) in the shack castle were sitting just inside their open door, speaking rather loudly to one another in Spanish, so you didn't know what they're saying, but it didn't sound... friendly.
"No - let's just keep going."
"Then, can we take a picture on the way home?"
"Well, probably not - there won't be any more light."  The sad puppy dog eyes that followed, and the fact that the gate really would make a cool background finally convinced you to do it.  Quickly.  And after you snapped the picture you realized you gave no thought to much of anything (even the background) except for the possibility of offending the angry people behind the gate.
So you hoped the picture turned out well as you scuttled your children away.
Nice eye, Carson.  I like the look.

The kids and I made it to the Halloween party and partied the night away with loud music, free cotton candy, random carnival rides and a haunted house that scared Carson to the bone.  Turns out this city knows how to throw a Halloween party. 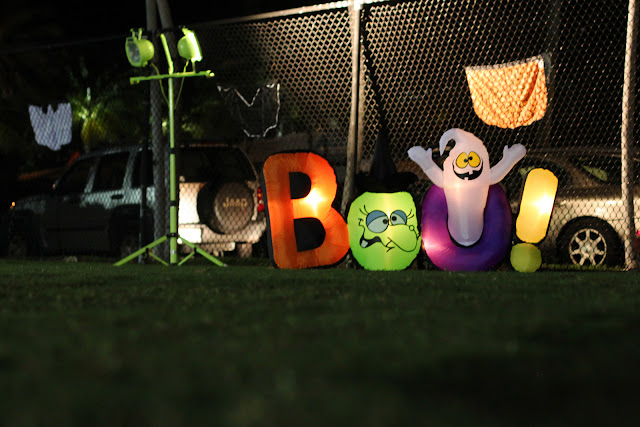 Phone Camera Dump (can I tell you how much I love having a camera on me all the time!): 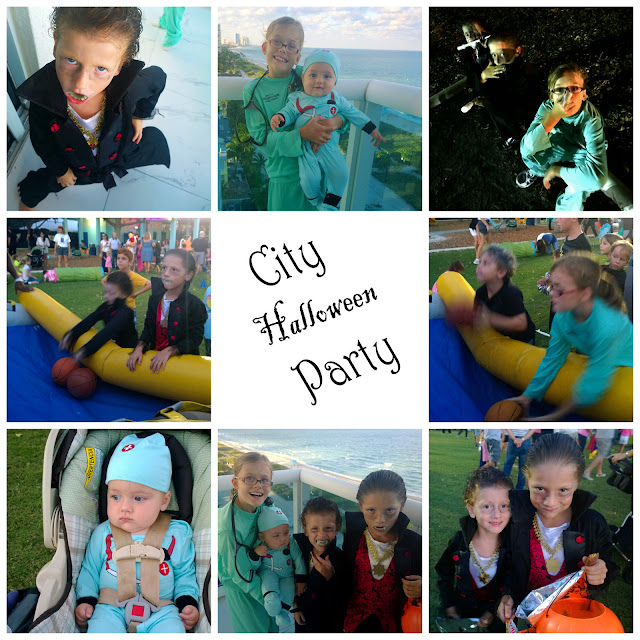 These guys had a blast. 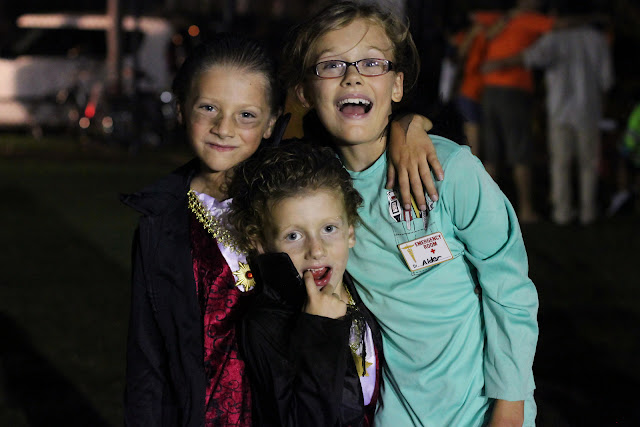 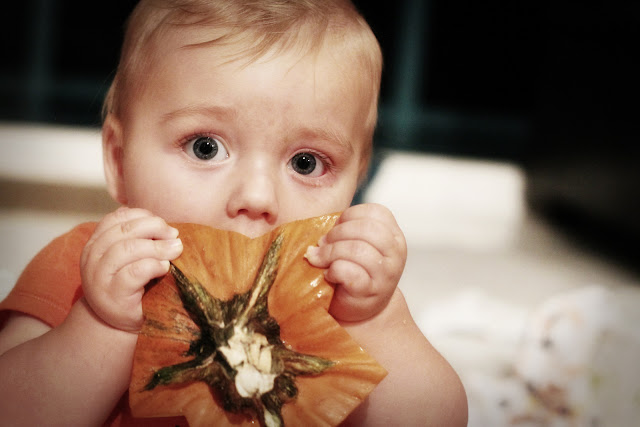 Carving pumpkins is not exactly easy with this little guy around. He wanted in on the fun, but still seems a little small to be handling a knife, so he had to settle for chewing on the pumpkin top.  Vegetable dinner, check. 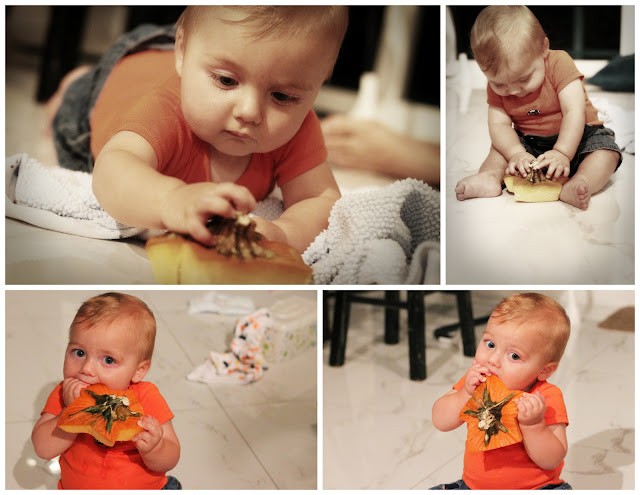 McKenzie and Carson were quite absorbed in their creations. 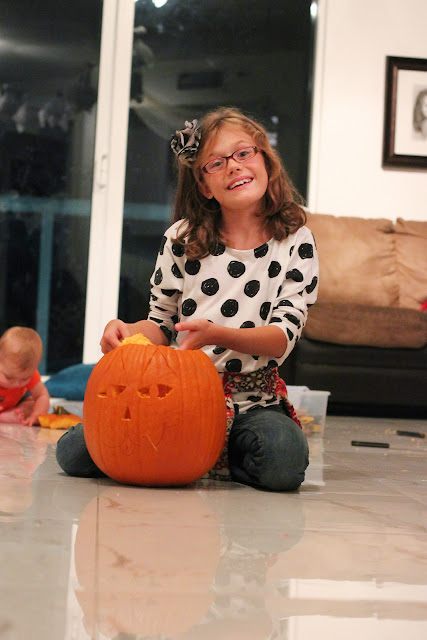 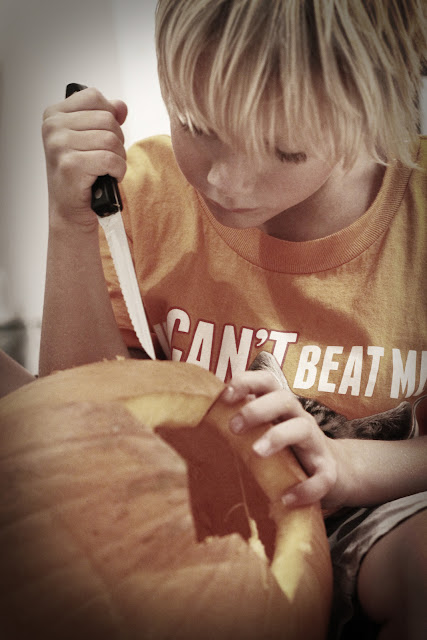 And Miles couldn't stop reading through his brand new book: Teach Your Child to Read in 100 Easy Lessons.  I've heard good things about this book and you can see that Miles was anxious to get started.  Anxious enough to miss out on the pumpkin carving this year.  I tried to tell him that pumpkin carving is way more important than reading, but he just wouldn't listen. 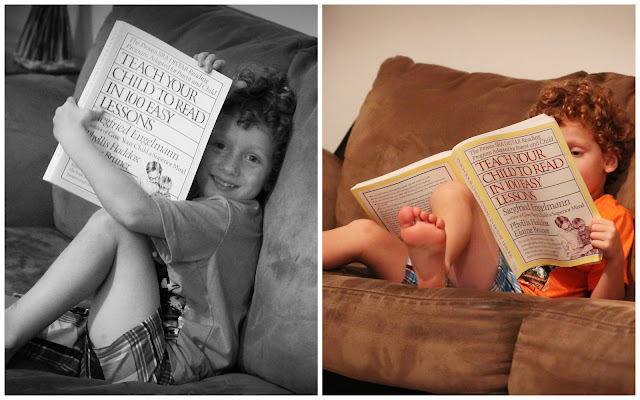 Eventually, the pumpkins were done and... only one survived to the picture taking portion of the evening. 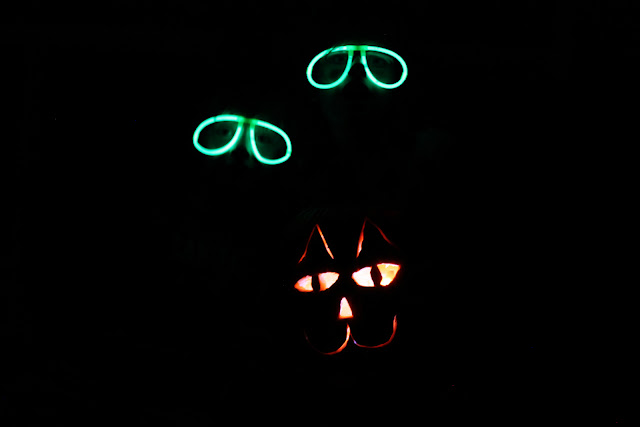 Miles wanted me to 'take a picture of him in the dark' too, so, here you go.  Dollar Tree lanterns = super fun for a day.  Then they break and tears are shed and we're forced to consider the old adage 'better to have loved and lost than to never have loved at all.' 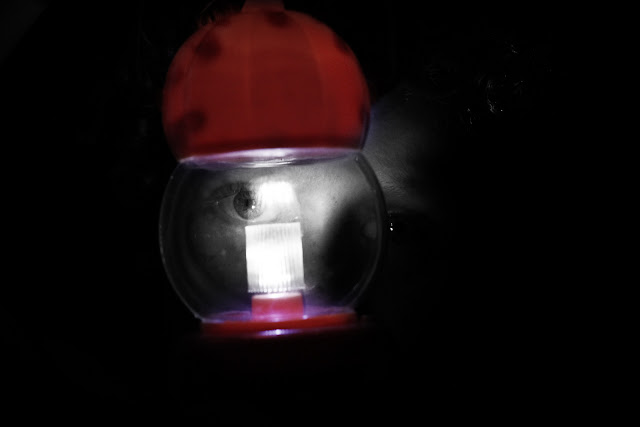 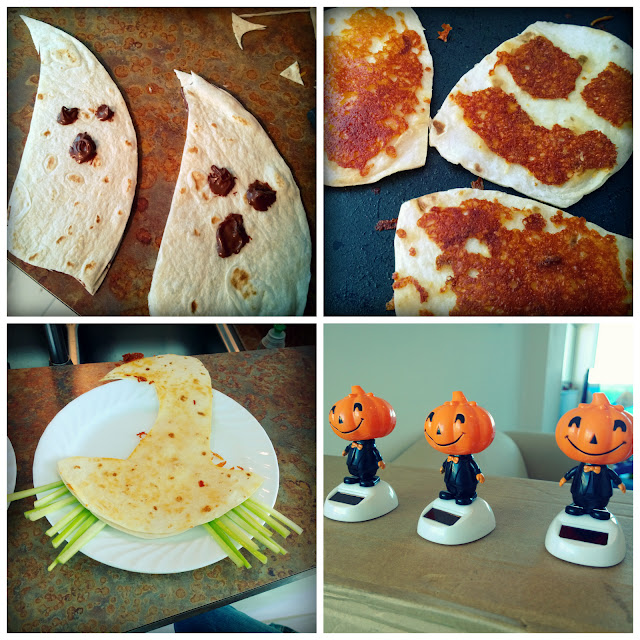 What do you do when you haven't thought about food?  Cut up tortillas and fry cheese and slather things in nutella.  Works every time. 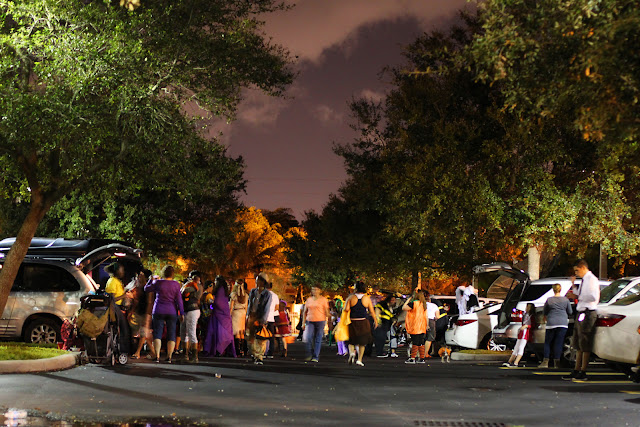 And, of course, what Halloween season would be complete without the ward Trunk-or-Treat? 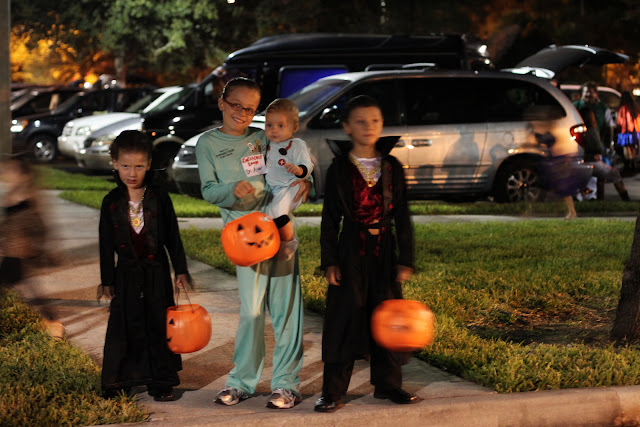 These guys hauled home just enough candy for them to be happy and for me to not be overwhelmed. 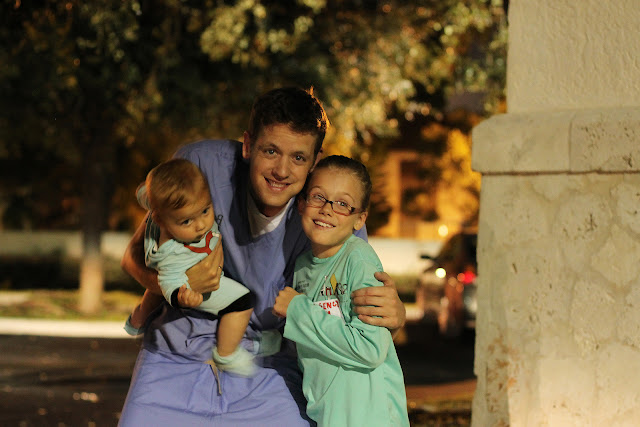 Miles walked around the church halls with this face the entire night: 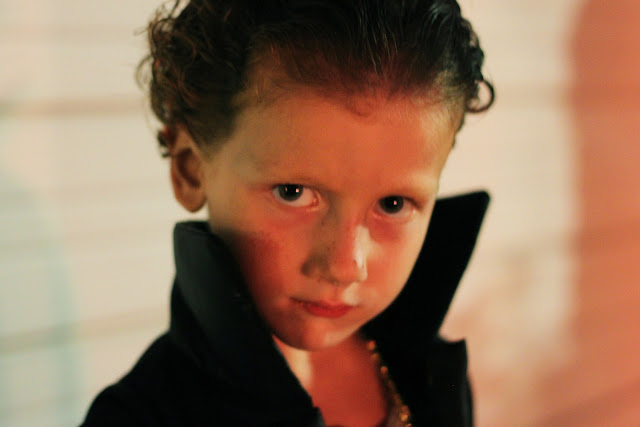 He also struck this pose several times when I said, 'Miles, be a vampire'.  It did not get old. 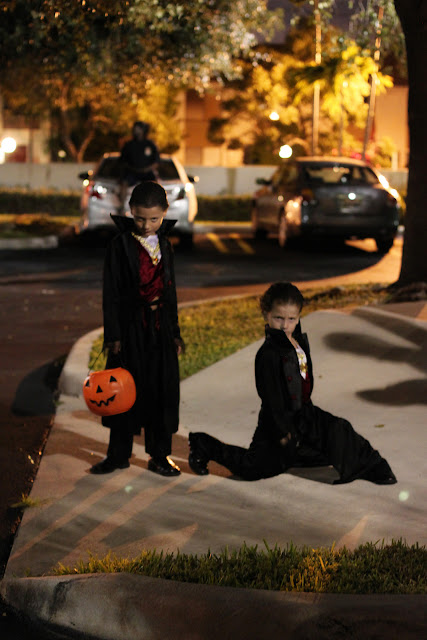 I went as, in Miles's words, 'just regular' this year.  I certainly enjoy dressing up for Halloween, but something about the warm air and ocean breeze just never got me quite into the mood of it and before I knew it the time for preparation had passed.

Now - how do I start preparing myself for Thanksgiving?  I've gotta somehow feel the magic of this year without the seasons changing!