Our Future in Sin City 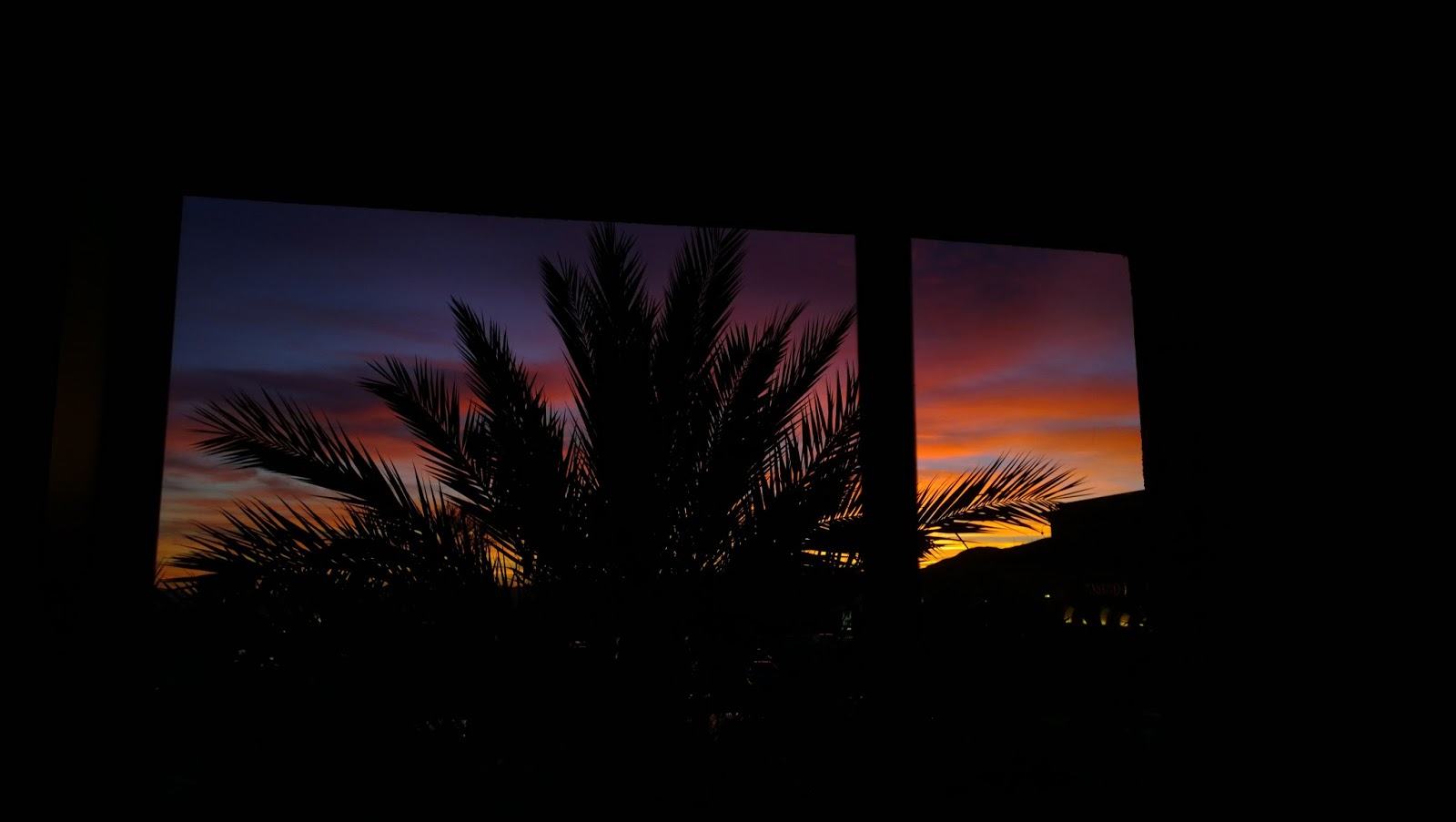 Sunrise from our hotel in Vegas

"I think the thing that is most important to me..." I started.  I paused for a second to try to gather my thoughts into clear ideas.  We were discussing that word that had been circulating around our home like a vulture over road kill: future.  With a country wide open with possibilities, it has been near impossible for me to feel comfortable on any one decision regarding where to settle and raise our family.  But I knew one thing: my happiness seemed to be directly affected by natural beauty.  And the type of natural beauty I found most beautiful "... is water," I concluded.  Lakes, streams, waterfalls, oceans, rivers, clouds, thunderstorms, even the morning dew reflecting that early sunlight catches my eye and leaves me breathless at times.  And the green the water creates, leaves and grasses and vines, I knew that simply looking at these things made me happy.  "I think we should really focus on finding a place with water."

So how in the heck did I end up holding a signed contract binding us to Vegas!?

Yep.
Las Vegas...
the very same one you're thinking of.
In the desert.

People have one of two reactions when I tell them I'm moving my family to Vegas... the most common one among LDS families is one of, "Oh!  I know someone who lives in Vegas and they absolutely love it there!"  The most common reaction among others is, "Oh... ... Really?"  I can see the confusion play out on their faces as they imagine our four small children setting up tents to live among the strippers and slot machines, wearing gas masks to protect their tiny lungs from the second-hand smoke.

But, I promise, we will not live on the strip (are there even houses on the strip?).  Actually, even being one of the most famous party streets in the world it is, after all, only a street.  One street in one area of a large city flanked by smaller cities, all full of neighborhoods and landscaped parks and schools and church-houses and, even, a temple.  In fact, in driving around the neighborhoods of the city the most overwhelming feeling I got was, "This looks like a fantastic place to raise a family."  Which is rather important to me at this stage in my life.

More important, turns out, than lots of water.

Entertaining the baby on the flight - people were almost drooling over this little guy.  Fun to have such a cutie.

Our trip down there for the interview was good.  The bitterness of leaving the lush east coast was twisting like a dagger in my heart, but the promise of future and close family painted over the pain with a coat of happiness and a trace of excitement.  My parents drove down to Vegas to meet us there (drove down!  Just for a couple of days!  That's how close!) and took care of Timothy for us while the interviewing practice took Brian and me out to dinner.

And then watched him again when we went to see our dear friends, the Wellings, at their son's baseball game.

I was blown away by the people in the practice.  For the first time in Brian's career I was looked at as a human being.  They called me Lindsay.  They asked what I thought about Vegas and what my concerns were in bringing my young family to the city.  After being 'Brian's wife' for ten years, this was a welcome change and at the end of the night I made sure to thank them for it.  Thank you for recognizing that I am a very important piece of this decision and for caring about what I think.  They were warm, friendly, ethical and generous.  Plus the topics around the dinner table stayed far away from ophthalmology... another thing I'm not used to as I've sat through many dinners completely unable to participate because I don't understand the language of eye surgery (and, frankly, don't want to hear about their gross eyeball stories, anyway *shudder*).  They were so family oriented and almost all (all?) of them have children of their own, they even organize their work hours around their families.

Brian was also quite struck with the practice itself.  Before we went we knew it was a well known practice, but when he spent a day working side-by-side with them he was most struck with the ease of conversation and camaraderie the partners had with each other (and him), with the patient/doctor relationships he witnessed, and with the ethical way they practiced their medicine.  He and I both left dinner that night feeling like it would not be possible to find a better practice, and that we would fit perfectly with them.  (We!  As in, all of us.)  And we left the city of Vegas feeling like it would be a great place to raise a family.

It's been an emotional decision.  One with many sleepless nights and fervent prayers.  Turns out choosing a place to live forever carries a lot more pressure than choosing, say, which medical school or residency to attend. 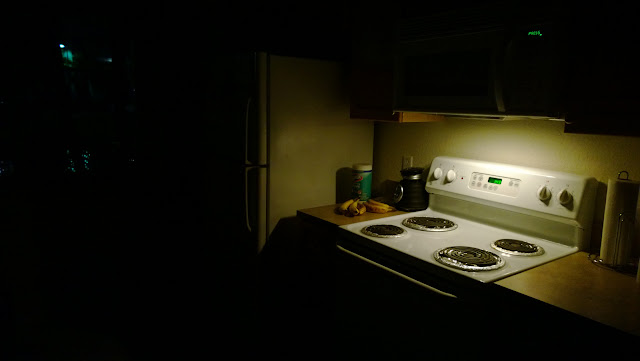 Once the decision was made I still felt scared.  I still felt like living in the desert would be hard for me... and, sometimes I still get concerned.  But the longer I think about it, the more excited I become.  I will miss this east coast deeply (so (so) deeply), but how lucky we've been to be able to have spent ten years of our lives here... and I will always be profoundly thankful for these years and these people and the experiences we've had.  Why not try something new?  And... as I stare at this ocean out my window, I can't think of anything more 'new' than the desert.

This struggle of a decision has taught me one thing, though.  I think the thing that is most important to me after all is not water.

If a flower can bloom in the desert, then so can I. 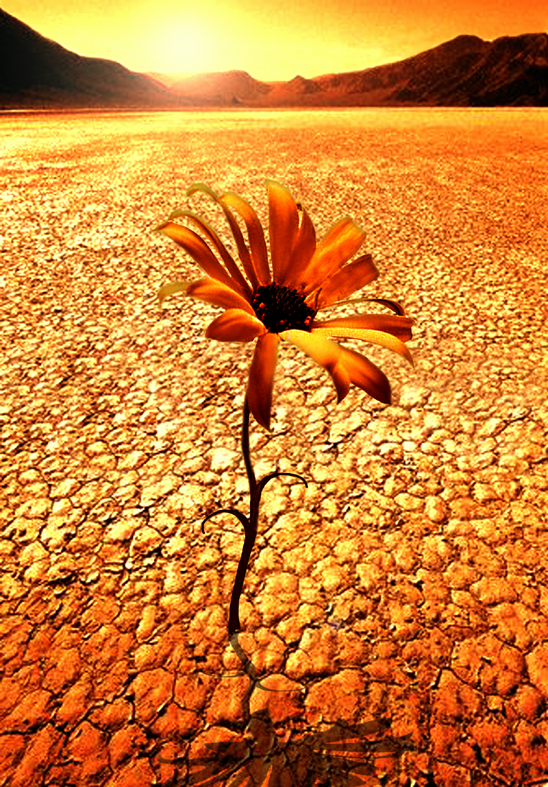 Source for picture - in my dreams could I ever take or edit a picture like this!

Bring on the lotion and chapstick!