*Sometimes when I ask people to clean the playroom, they hide in giant beanbag covers and play the piano instead. 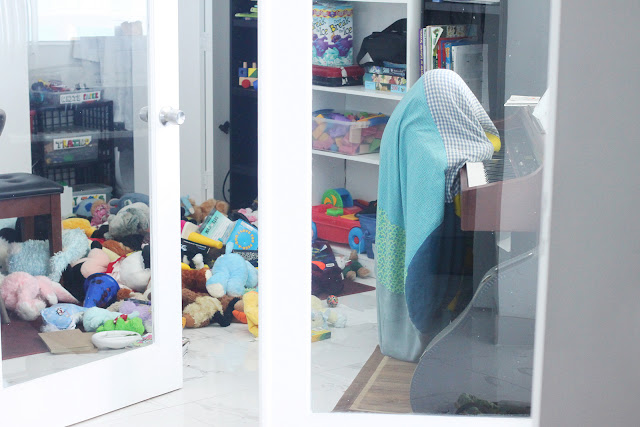 *Sometimes Carson can't tell the difference between his body and his shadow. 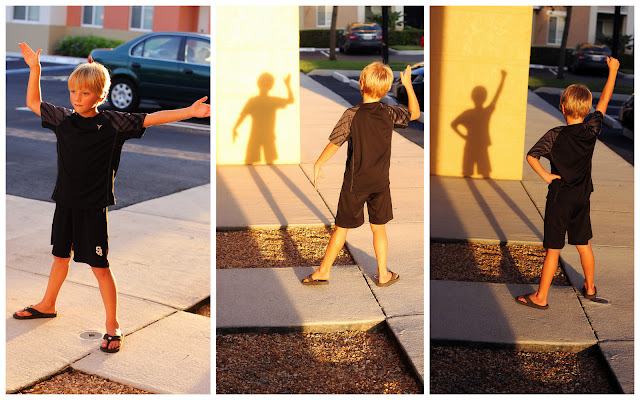 That boy is so connected to his shadow I feel like I need to make an extra plate of food for it.  I think it has something to do with the dream he has of being a robot dancer.  Really.  That's a real dream.  He watches his shadow as he jerks his limbs around in robot-fashion.  He's getting pretty good...

*Sometimes I wish I were a baby again and could get thrown up in the air and kissed and cuddled. 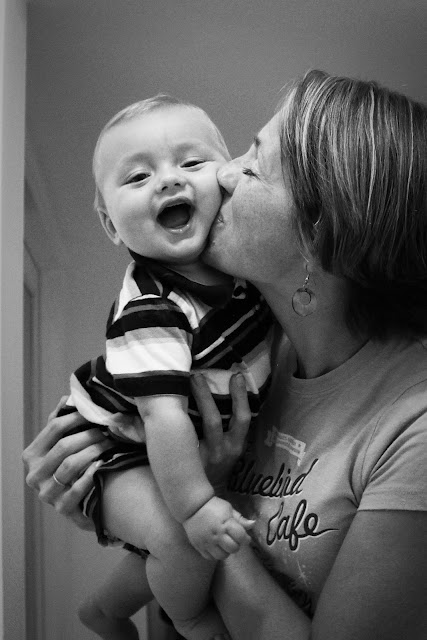 The laughs from TK prove how fun it is.  But then I get my face spit-up on and decide that being a baby wouldn't actually be that fun after all. 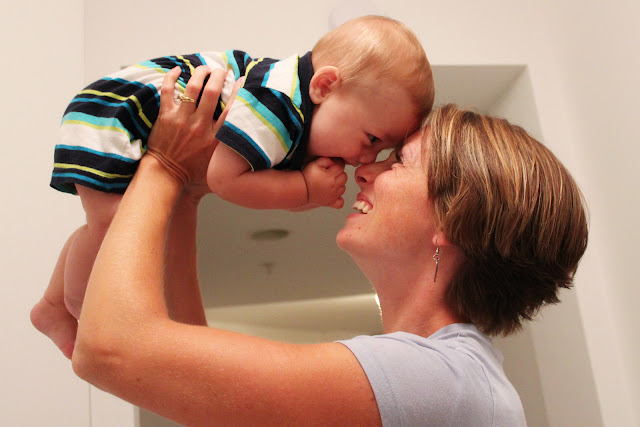 Oh, wait.  Does that actually mean that being the mom wouldn't actually be that fun?  Either way.  Spit-up is gross.

*Sometimes I give my kids heavy weights and throw them in the pool. 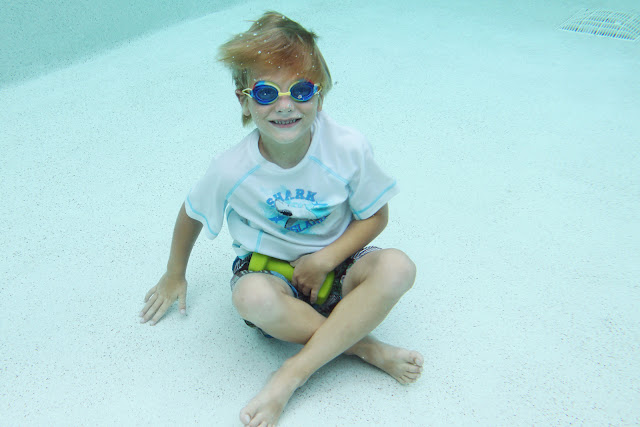 Now they think that the heavy weights are actual pool toys and are confused when I don't always let them tie the weights around their waists to help them walk along the bottom of the pool.  Also, I guess I'm not quite patient enough to stick with it to get a good picture.  Carson kept dropping his weight, and the other two kept needing to come up for breath.  I told them they didn't really need to breathe, but they didn't listen.  We'll try again another day. 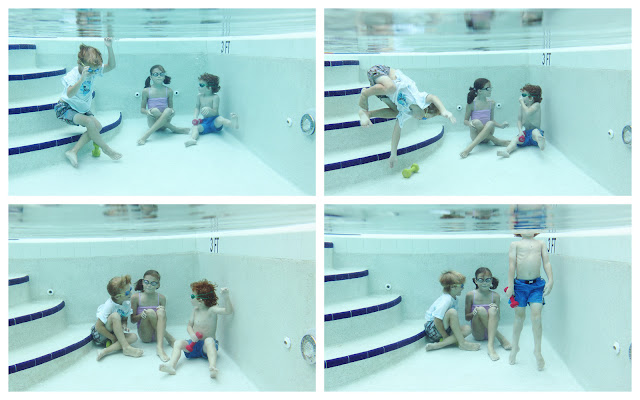 *Sometimes I wonder why I have seven boxes of band-aids in my drawers. 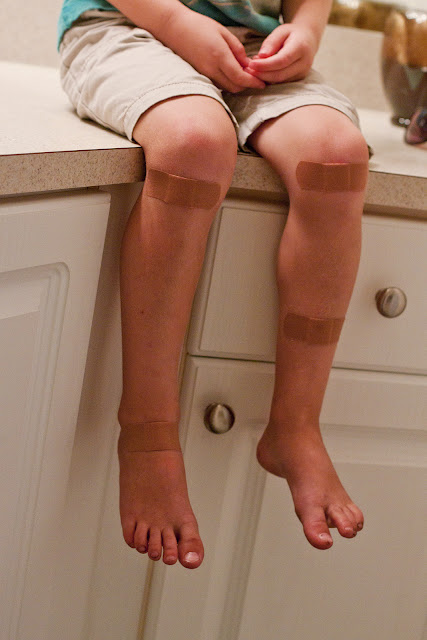 Then I remember about the magical properties of band-aids and how they can solve almost all of the world's problems.

*Sometimes Timothy fits in a little too well with the other kids. 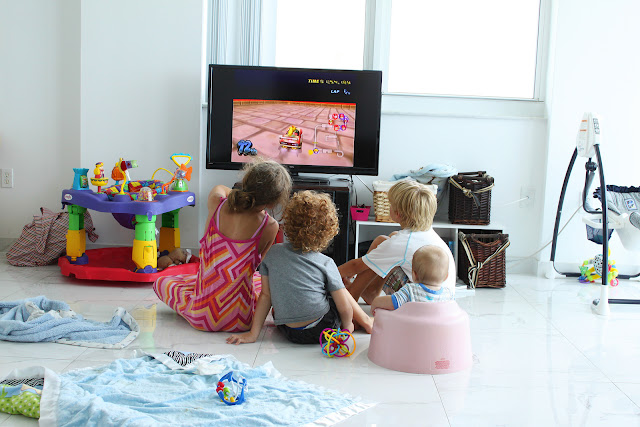 And Mario doesn't seem to be the best option for the baby... believe me, I've tried.  He just eats the Wii remotes. 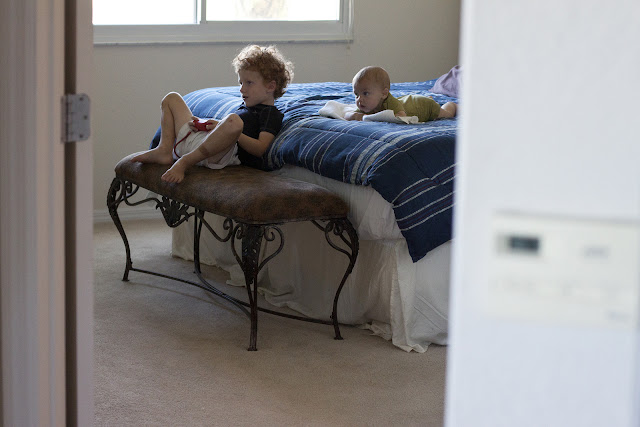 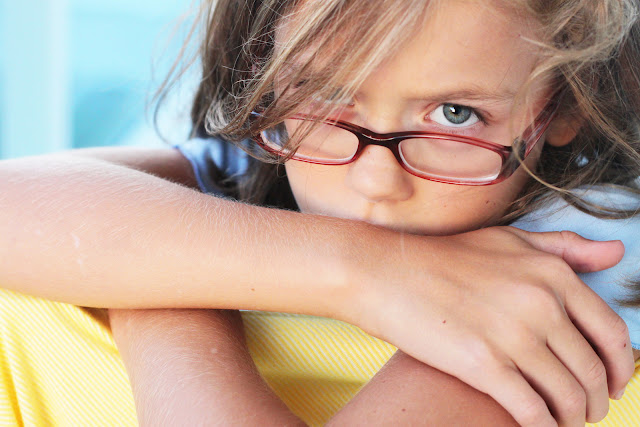 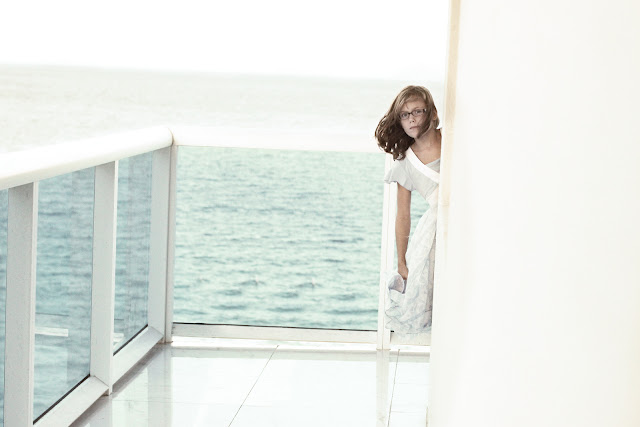 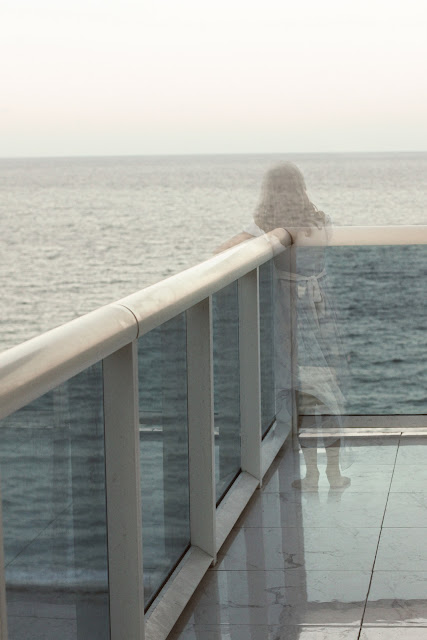 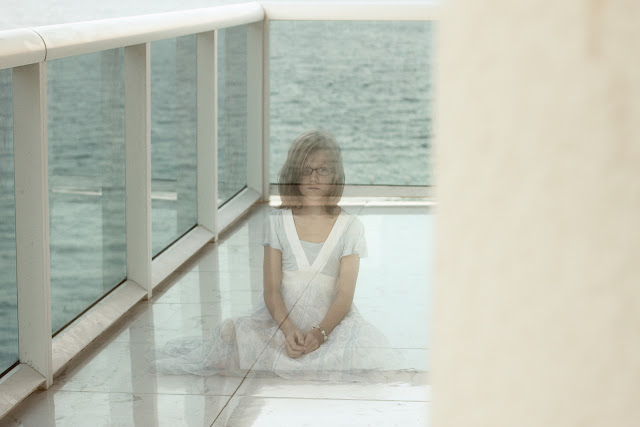 *Sometimes when you make a rental car reservation, they forget to make sure a car is there for you when you need it. 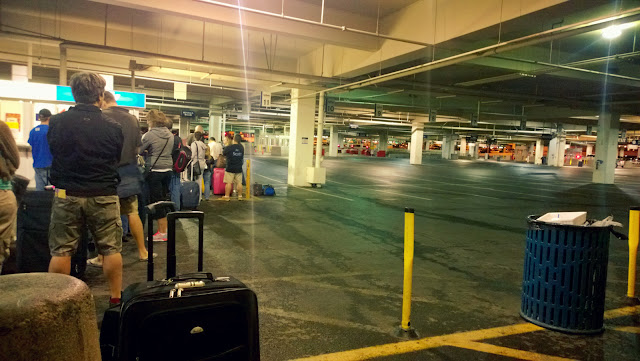 When Brian, TK and I landed in Vegas at 10:45pm (1:45am our time), we shuffled our tired bodies to the car rental place where we soon learned that there was a long line of people who had reserved cars... but there were no actual cars.  After standing in the line waiting for them to 'find' some for over an hour, we decided to cancel that reservation and pay a bit more to get a car from another company.
"It's like that Seinfield episode where Jerry is in this same situation," Brian joked to the young man behind the counter of the alternate rental company.  "You know the one where Jerry is talking to the reservation desk and says, 'I know you know how to make a reservation.  I just don't think that you know how to keep a reservation.'"  The young man behind the counter smiled a little with confused eyebrows, glanced at Brian's face from the corner of his eye and said,
"How old are you?"
Turns out Seinfield is an older generation thing these days. 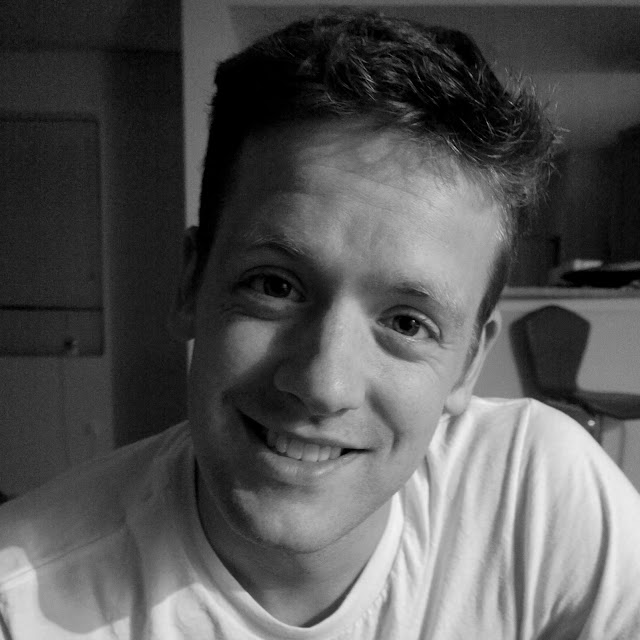 This photo makes my heart feel warm every time I look at it.  Somehow the camera lens is more than invisible in this photo, it disappears for me, and I just see those tender eyes and that gentle smile looking right into my soul.  I know this look so. so. well.  It's this look I see when I'm feeling insecure or unloved by the world and the people in it.  How I ever got so lucky to have a man look at me like this is beyond me... but he loves me down to the deepest parts of my insecurities.

It's this reassuring look and the meaning behind it that give me wings to fly, "Silly Linds... you don't need to feel insecure.  I love you!  Oh.  So much."

And doesn't every girl need to hear that sometimes?!
posted at 6:47 PM