One fall day, years ago, a friend stopped by my house in North Carolina with bags and bags of healthy, green monkey grass.  She had too much in her yard, I had too little in mine, so we were both happy with the exchange. I thanked her, removed the plants from the bags, and tossed them into the corner of my yard with the intention of planting them soon.

But fall turned to winter and they were buried underneath layers of leaves and an occasional skiff of snow. Winter turned to spring, spring turned to summer, and still that heap of monkey grass sat underneath those leaves.  Each time I glanced their way, regret pinged in my heart for never making the time to plant them. And so, when the weather started to cool again after a long North Carolina summer, I pulled the rake and shovel from the shed (because it was high past time to add this experience to my ever growing list of Lessons I Learned From Procrastinating), to throw the whole pile into the yard waste container.

But as I dug the shovel deep into the pile, instead of finding the heap dead, dry, and shriveled up, I found that it was thriving.  The plants had rooted themselves into the hard, clay soil - some were sideways, some were upside down, but all were absolutely alive.  And slightly traumatized when I had to uproot them again to place them in their new homes.

I. Am. Monkey grass.

When we moved to Miami, I decided that I wasn't going to invest the time and energy into making new friends because it was such a temporary spot.  My heart felt just awful after leaving my North Carolina home, and I was sure I didn't want to go through that painful separation again.  But then all these people showed up in my life and, even though the surrounding conditions were poor, my soul started to root.

And my kids started to root.

By the end of our year in Miami, we had so much to say goodbye to.  Our last two weeks were filled with friends - friends that were just starting to reach that sweet-spot of comfortability and trust - and it was slightly traumatizing when we had to uproot ourselves again to come to our new home.

Why am I thinking about this today?  I guess it's because... it's nice to have something to look forward to as I sit in this life spot of not actually having any roots.  Don't get me wrong... I like it here, and I think the people are nice and friendly, but... seven weeks.  Hardly enough time to feel rooted, you know?  So, I just want to take a minute to remember what it feels like, and to let myself feel excited for when it will someday feel that way again.  So, let me reflect on those Miami roots I left behind.


*Rooted in our home. 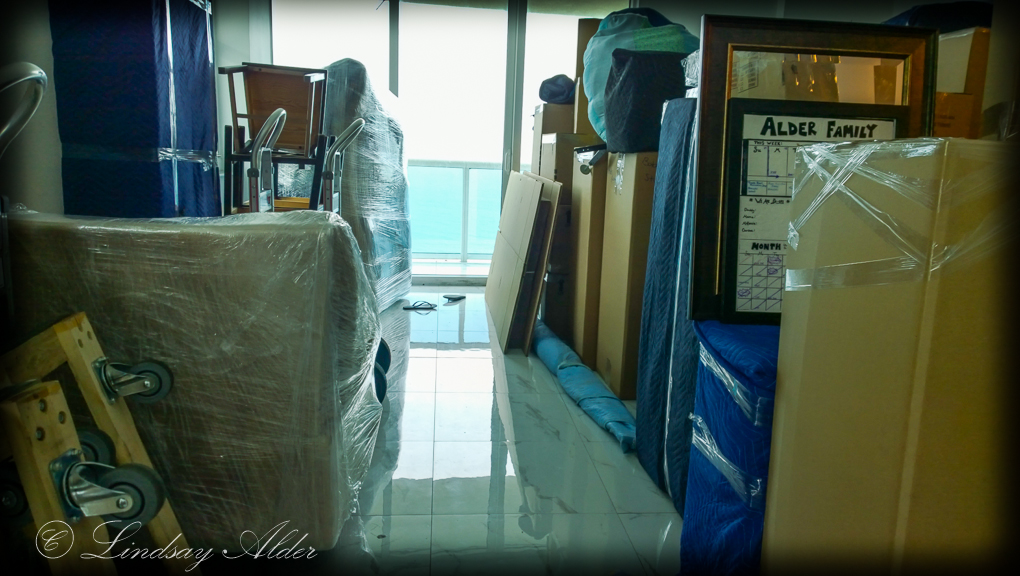 *Rooted in the intensive family time we had together. 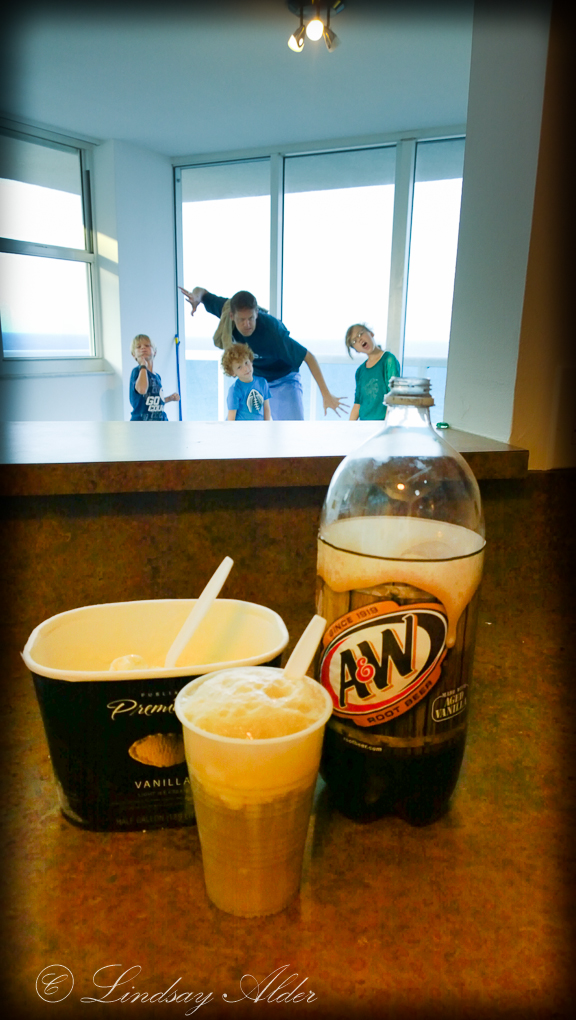 Root Beer floats in an empty apartment after a long day of packing.

Never again will we have the chance to circle the wagons like we did in Miami.  Of course, family time will always be a priority, but the bonds that formed while we spent a year so together - away from many of the responsibilities and pressures of normal life - are a cherished and invaluable token that will remain tucked in our hearts.  How lucky we were to be able to have that year before the kids decide that friends are more fun than family. 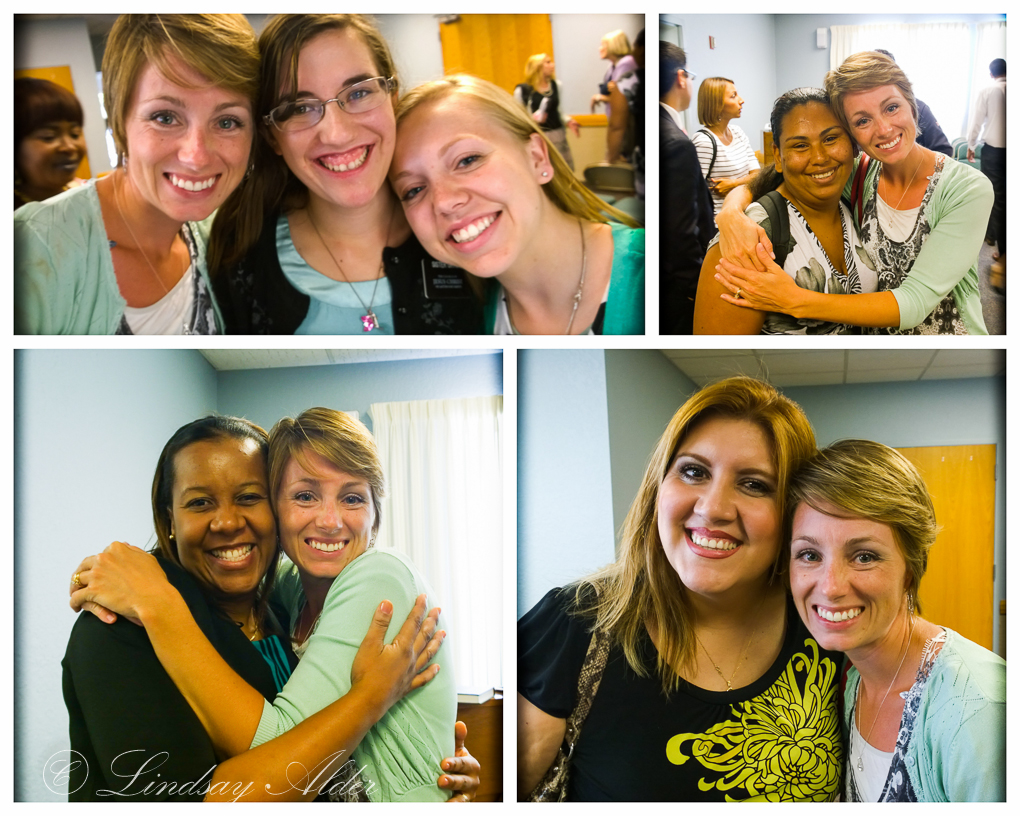 So many hearts in this branch... the sister missionaries that worked so hard.  Jackie who had so much love and acceptance.  Farah who never let that smile fade from her face, even though her life had hardships that rival anyone I know.  And Marjorie who never let the language barrier between us stop us from conversing and loving each other. 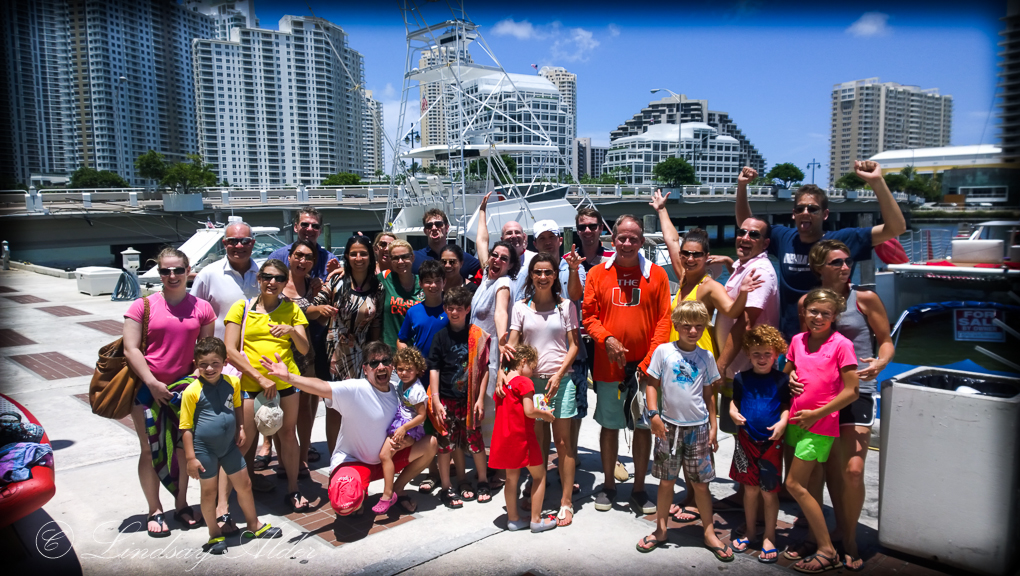 The cornea crew (and, I totally posted this picture instead of the one of all of us looking normally at the camera because somehow the jiggle in my arms coordinated with the light in the sky to make me look super toned (I am not)).  Brian learned an incredible amount of stuff over the year.  Both about cornea, and about what he wants his life to be like (or not to be like).  I was so proud of him for putting in all the hours necessary - and for somehow striking a balance between his work and home life when the two seemed to be incompatible.  It's a gift of his... really it is. 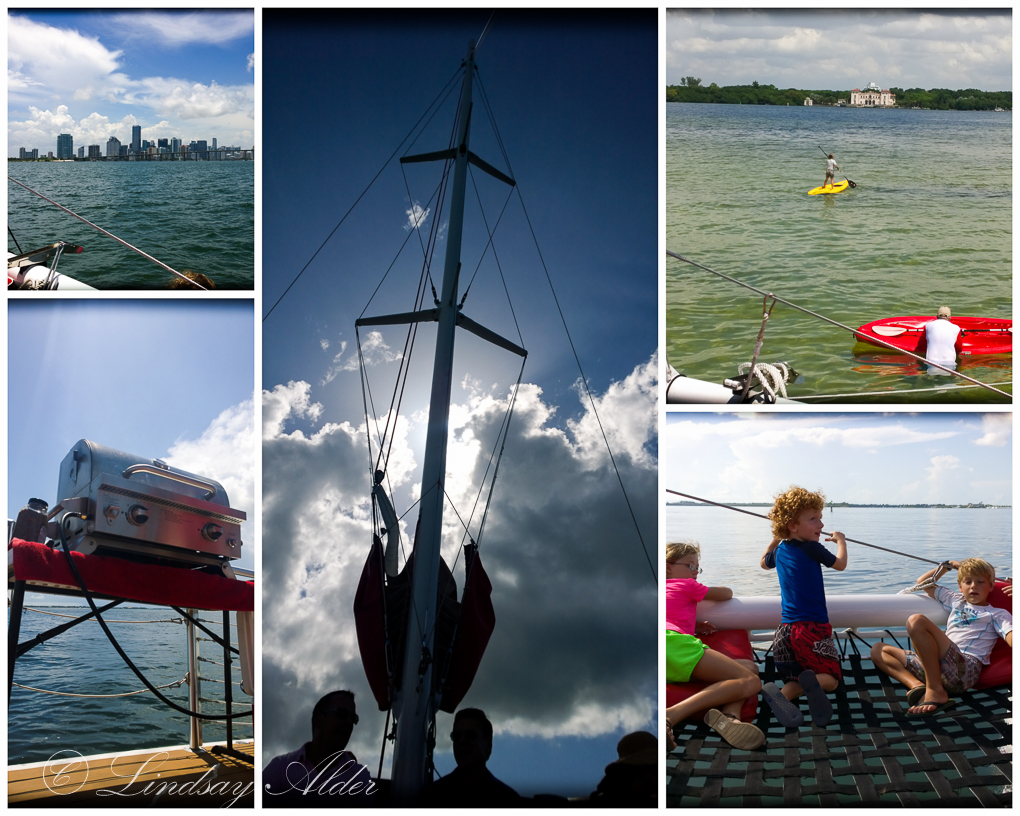 The cornea department took us out in the ocean on our last Saturday, and we spent the day kayaking, paddle boarding, jet skiing, eating, and swimming. It was fun for me to get to know some of the people that Brian had spent his year with... and it was such a great way to relax.

*And then, of course, (last but not least): Rooted in friends 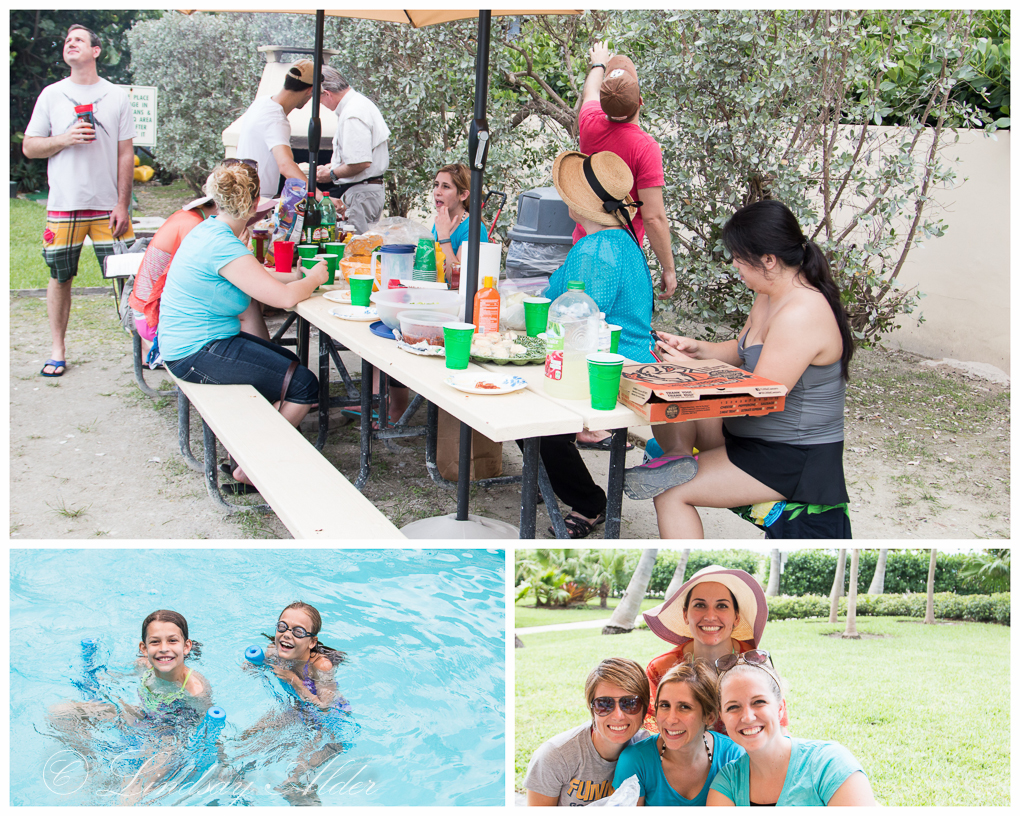 The 'other' Alders threw us a goodbye party the week before we left. These people are some of the greatest examples.  And I hate to think of what I would have missed out on if I hadn't connected with them.  Brazilian, Russian, Canadian, and American... these ladies taught me lessons on diversity that I never could have gained without them.

Watching my kids connect with other kids was wonderful, too.  We had the Marriotts over one last time for a dinner/pool/beach party. 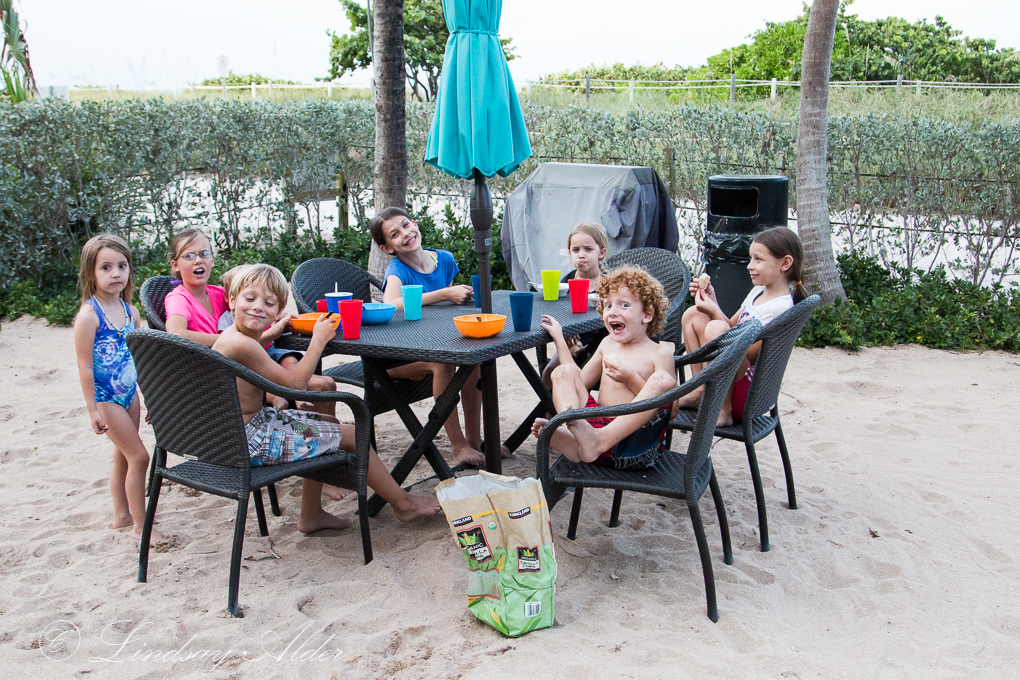 My kids fell into comfort with these kids so quickly.  Sweet, polished, beautiful kids.  They were remarkable examples to my own kids.  And their mother was a great example to me. 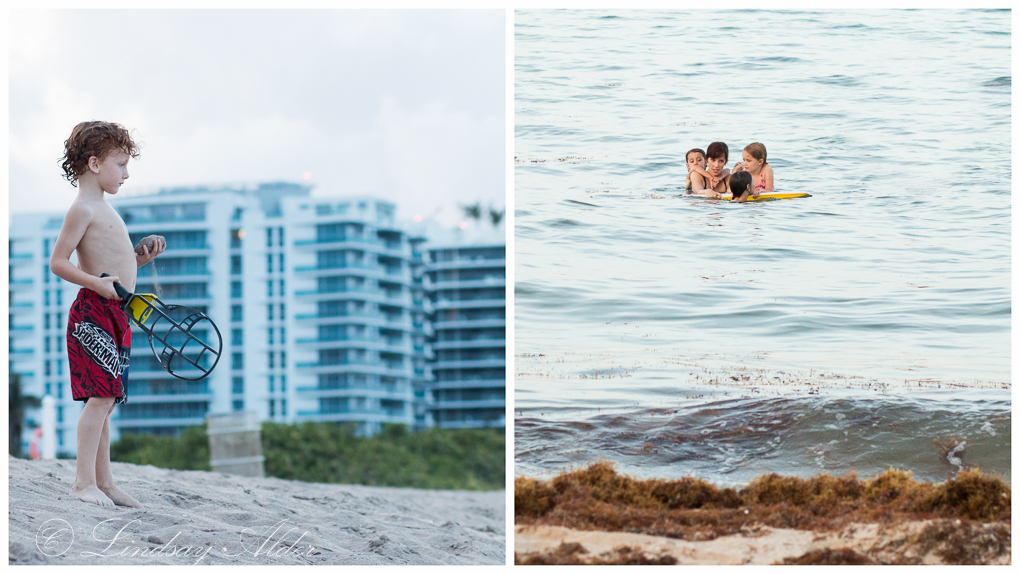 While we were busy scrubbing walls and tile floors after the movers moved everything out of our apartment, the Almeda's invited us over for a BBQ and to go kayaking in their backyard.  We said yes because... an Argentinian BBQ beats scrubbing walls any day.  Also, backyard kayaking. 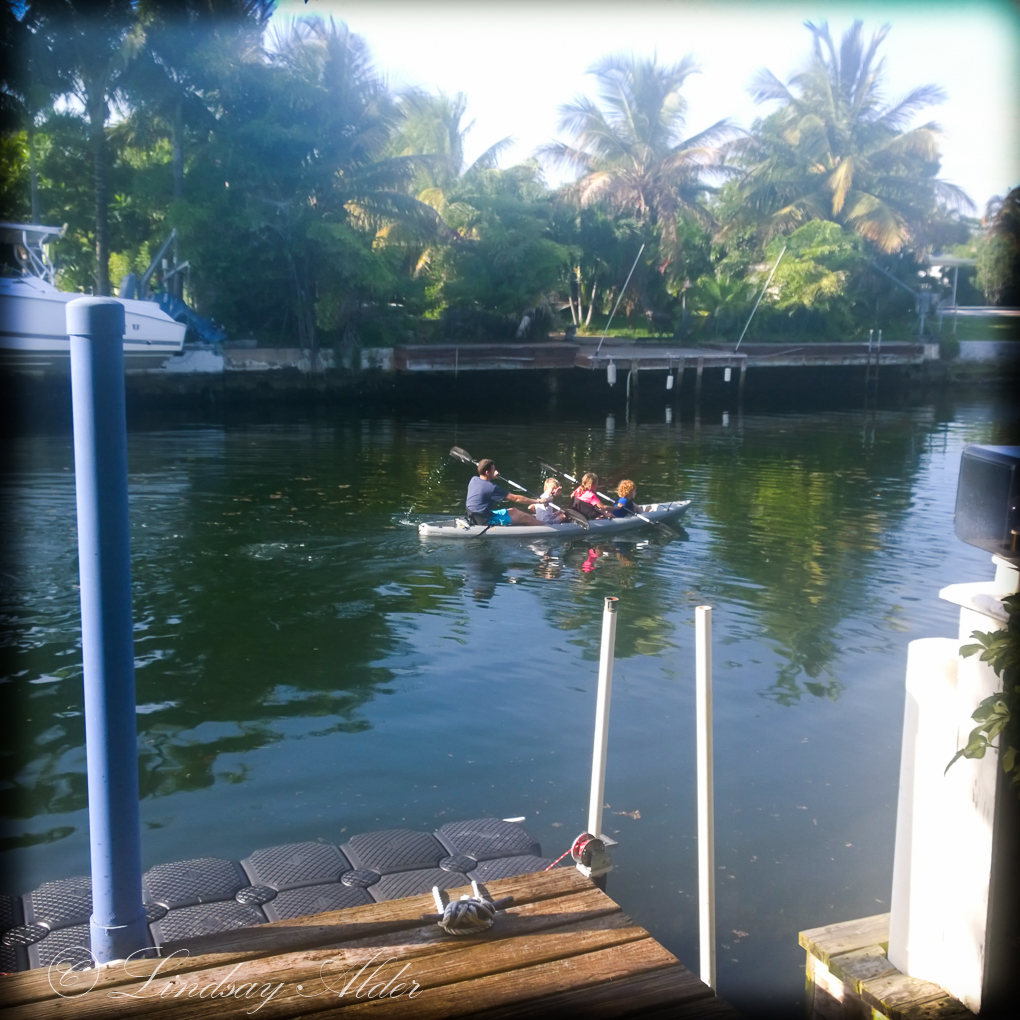 Apparently an Argentinian BBQ is slightly different than an American BBQ in that in an Argentinian BBQ, there is only meat.  We had hamburgers, and hot dogs, and steak, and shrimp. And no vegetables.  Or buns. It was awesome.

And then, after scrubbing an empty apartment all day, we invited a few families over to watch the fireworks off of our balcony.  They brought camping chairs and pillows to sit on (because... empty apartment), and we ordered pizza. 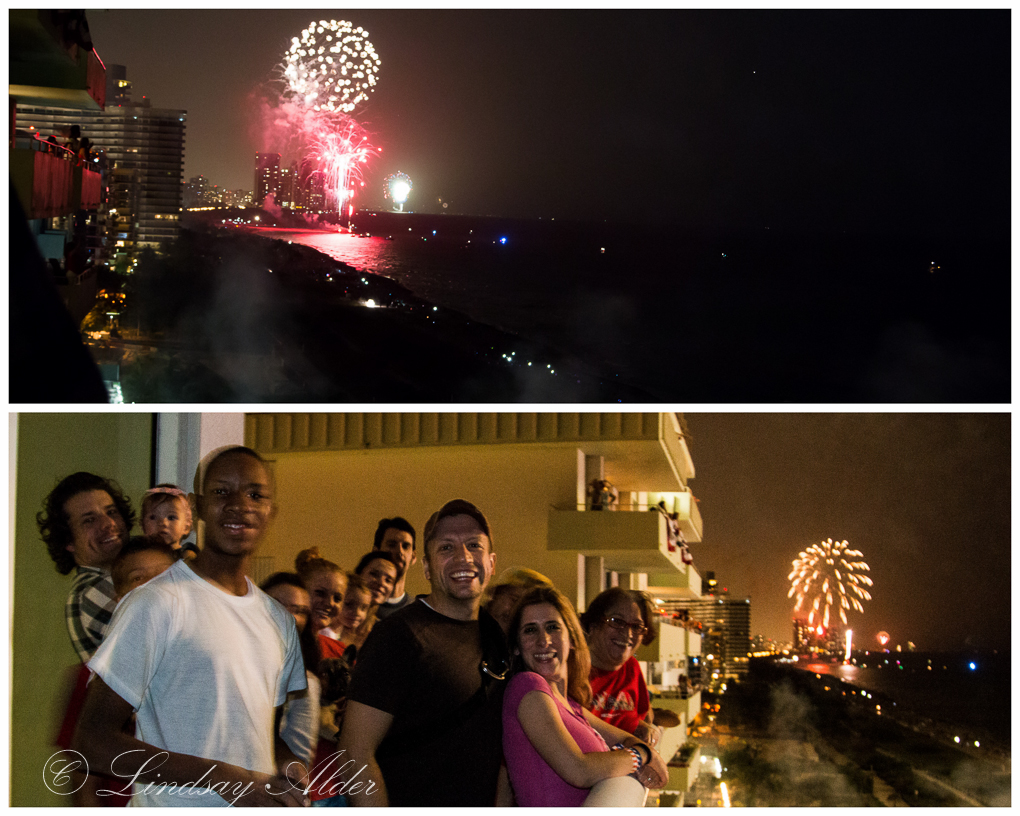 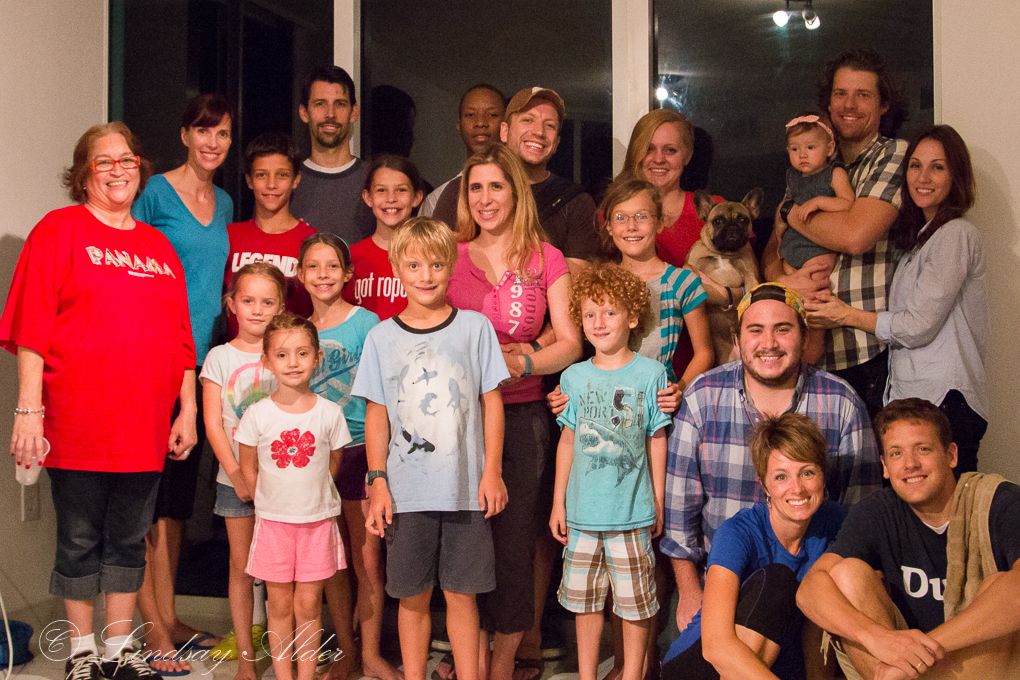 It was an especially fun night... and the perfect way to end our year in Miami.  The next morning, we filled our van and drove away.

But at least we left our mark. 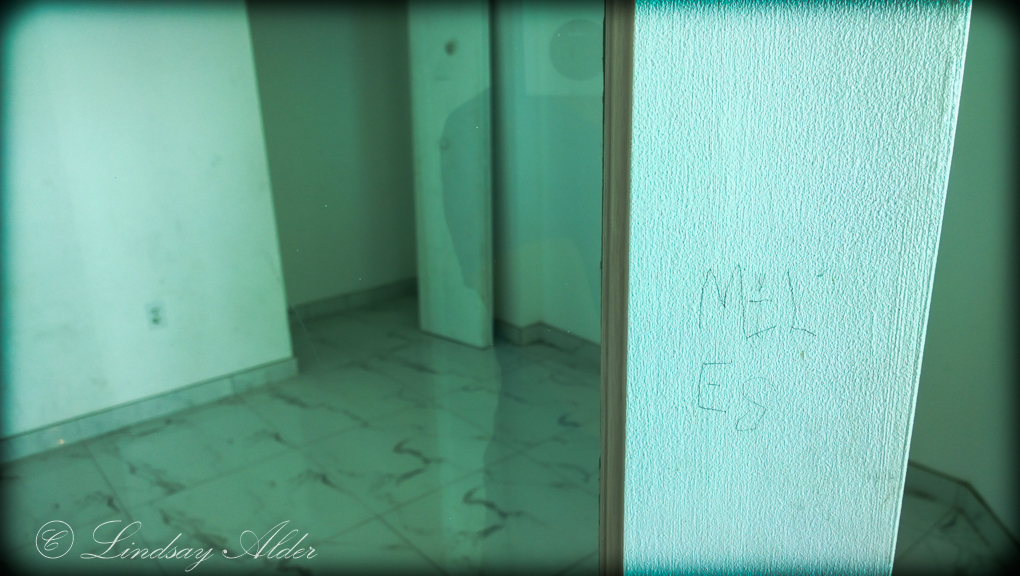