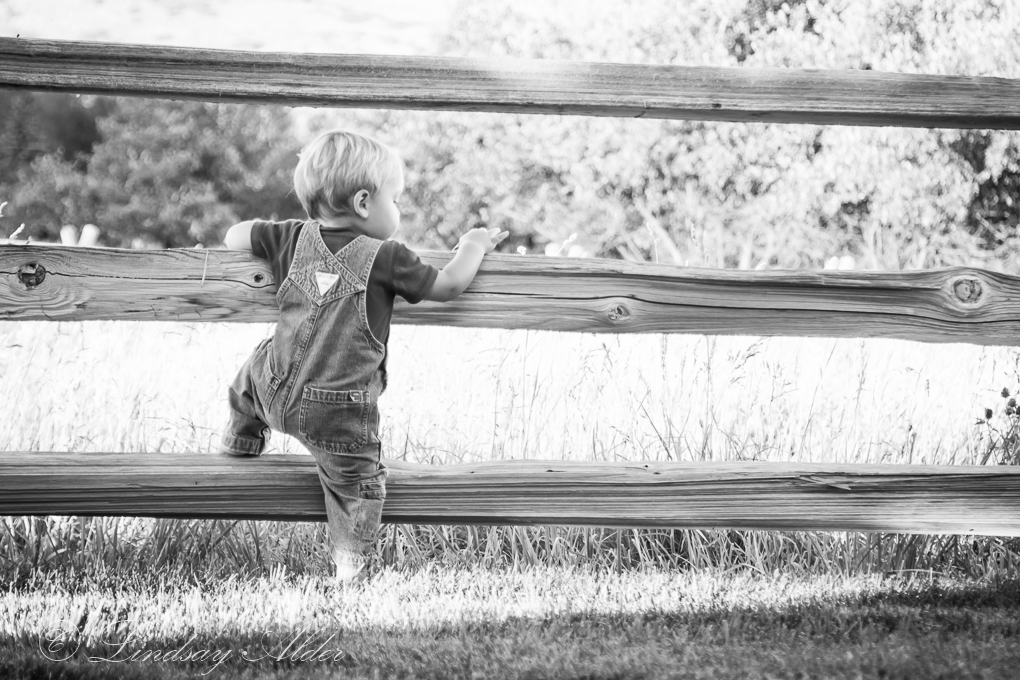 "Where in Utah are you from?" they ask.
I have answered this question hundreds of times.  Most of the Mormons I meet have spent some time in Utah - whether it's been to live there, go to school there, visit relatives there, or just simply vacation there - and so Utah is a often a common point of interest for us. 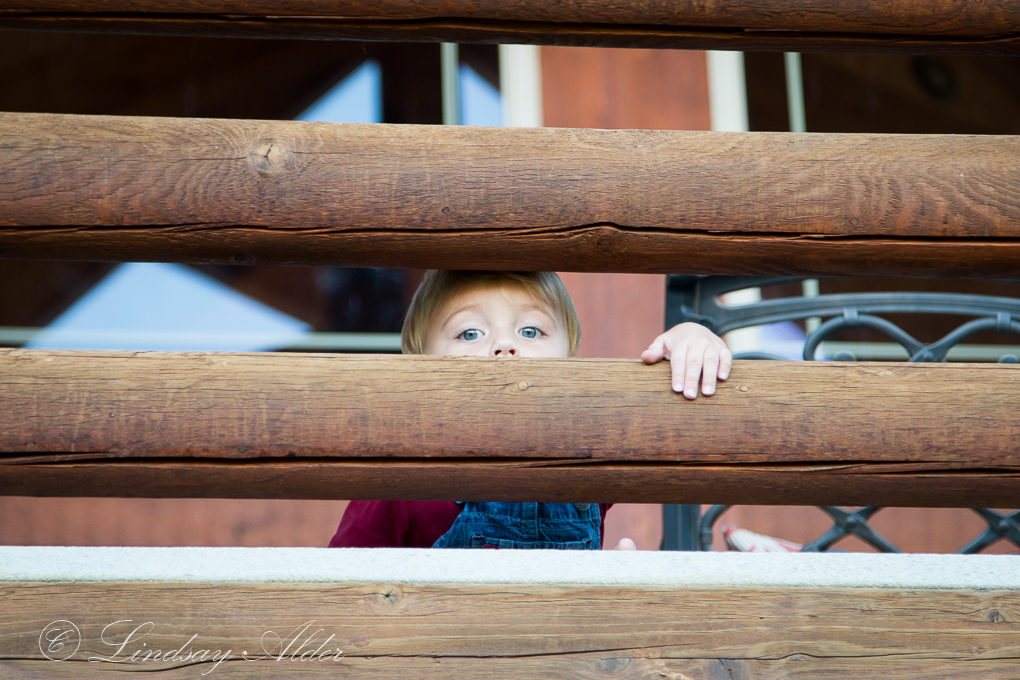 My answer to their simple question has morphed throughout the years... which is funny because the root of the answer is, of course, always the same. 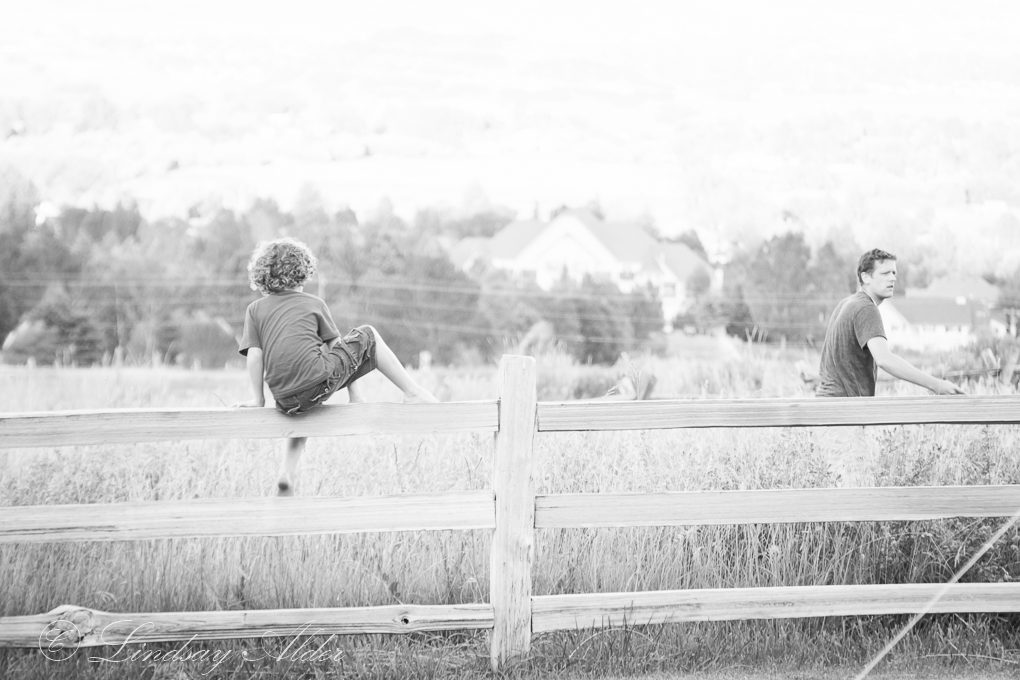 Fast forward ten years and now my answer goes something like this:

"I'm from Midway."
And instead of blank stares, I hear, "Oh! Midway! I love Midway!" 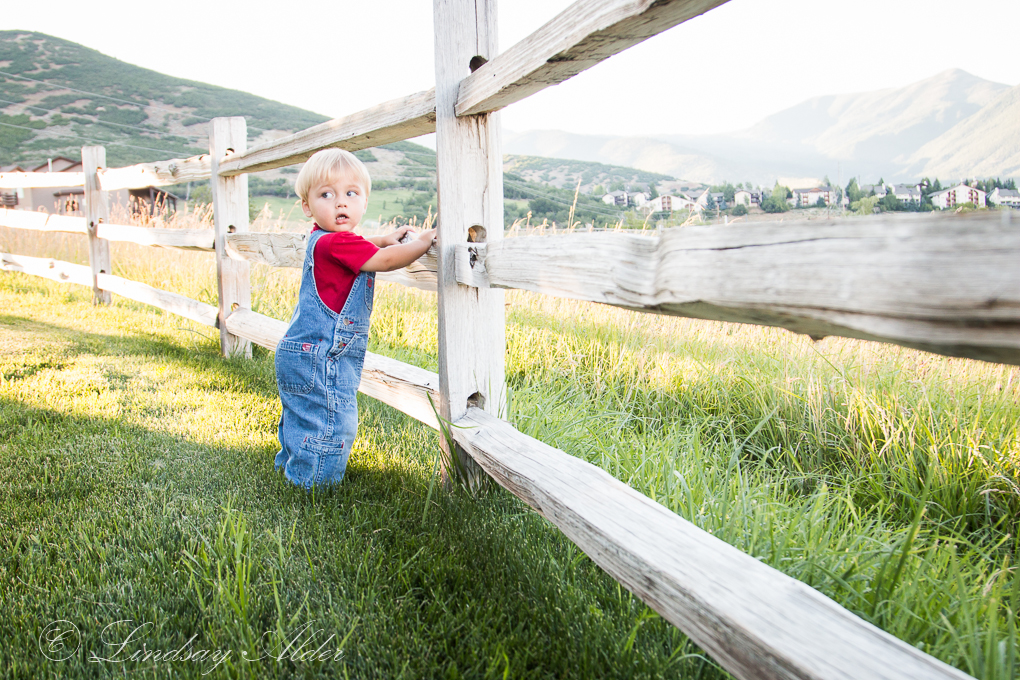 The 2002 Olympics introduced the world to our tiny town, so now many people have not only heard of Midway, but they have stories about this quaint, quiet town.  And I love to hear them.  As an adult, I see Midway through different eyes... and I wish I would have appreciated the beauty and uniqueness of it a bit more as a youth.  But, you know, I was a youth... so... 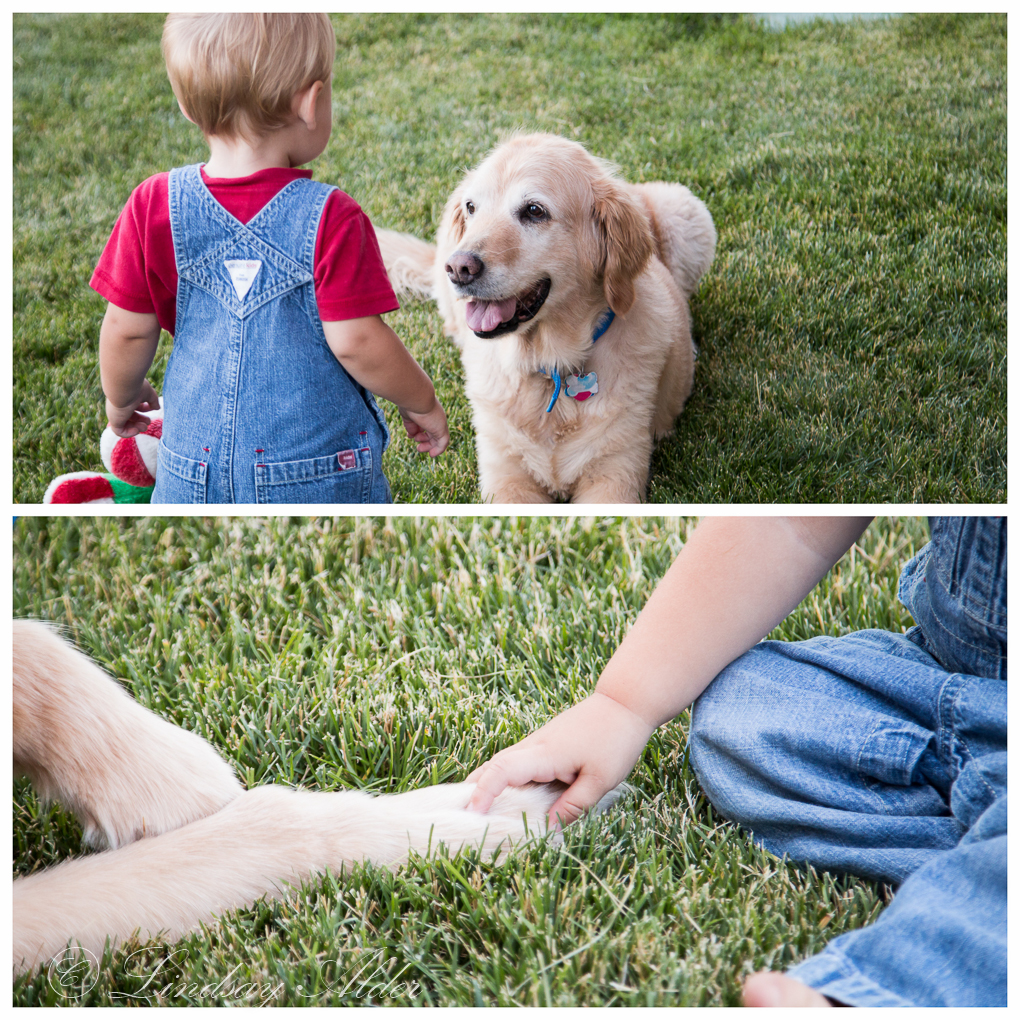 Thankfully, my parents still live there and like it when we come to their beautiful home.  We only stayed with my parents for a total of four and a half days on our way across the country... but we packed in four parties, a musical, and a trip to the new aquarium in Salt Lake. 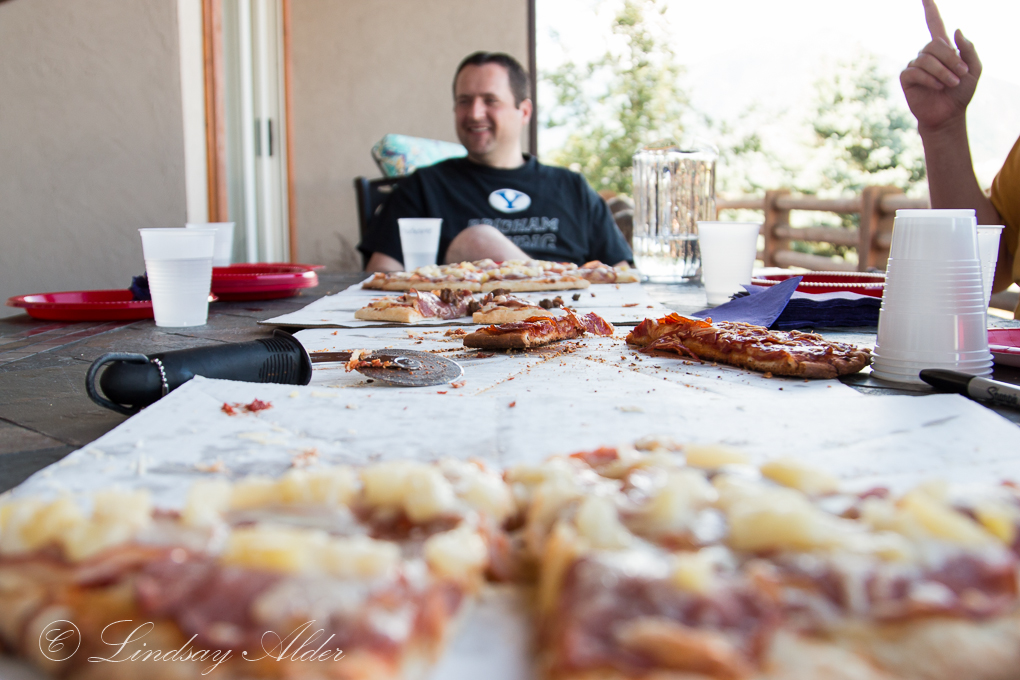 I never feel like I have enough time in Utah to see everyone I love, but I try to do my best.  The first night we were there, a couple of old high school friends came to party.  It's unreal to me to see how our lives have progressed since those fun teenage days.

The next day, Germany played Argentina in the World Cup. So, another party... naturally. 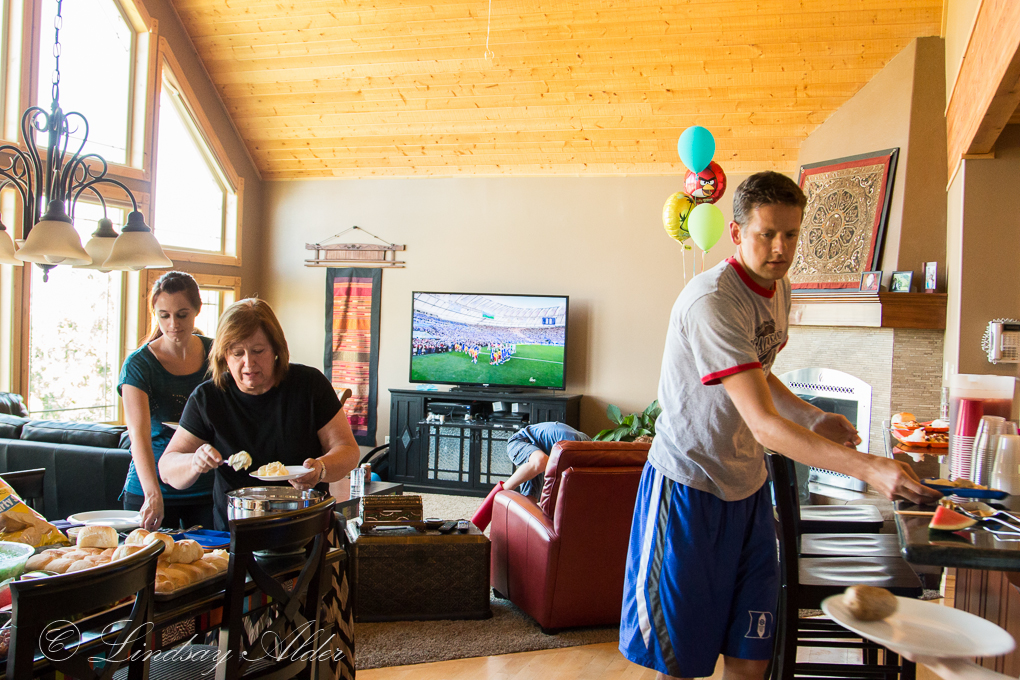 Amber knows how to help. 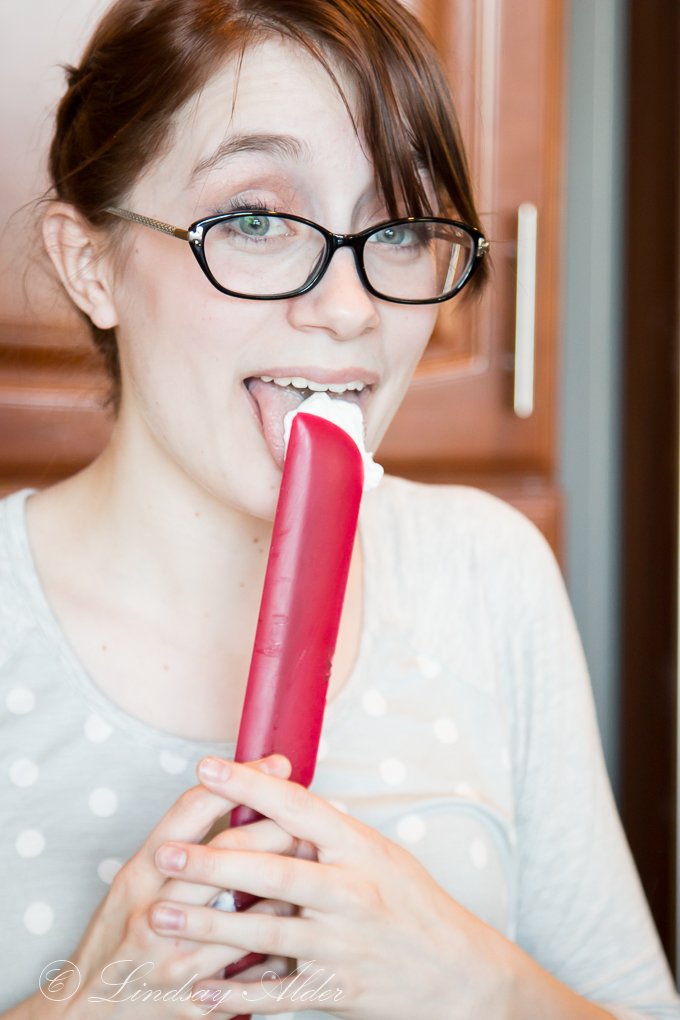 After the game, we migrated outside to play our own soccer games (and badminton and Frisbee). 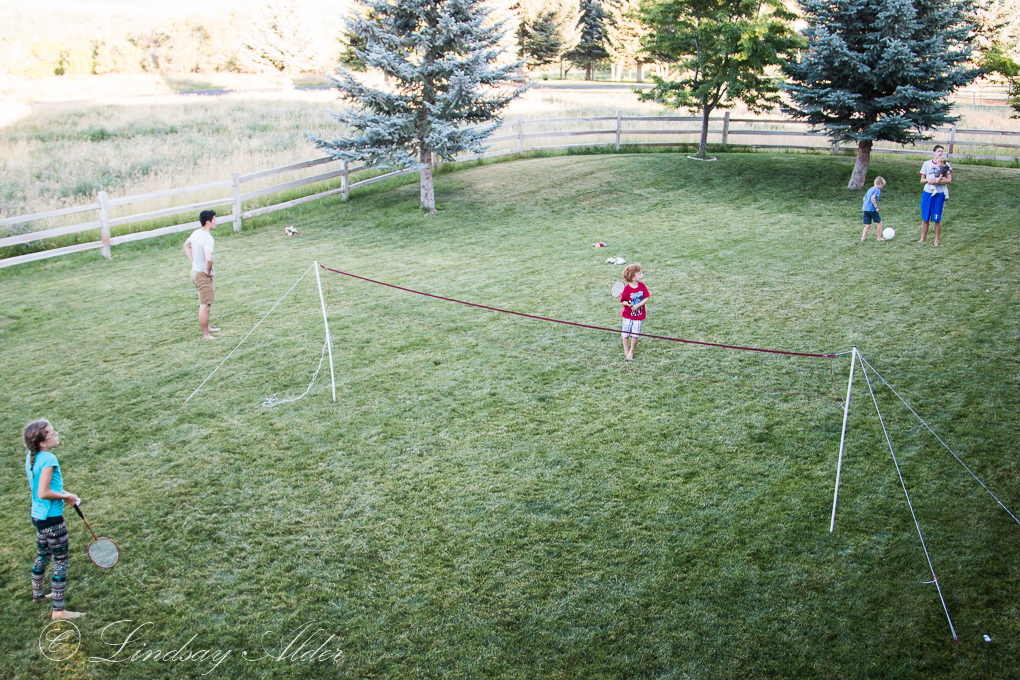 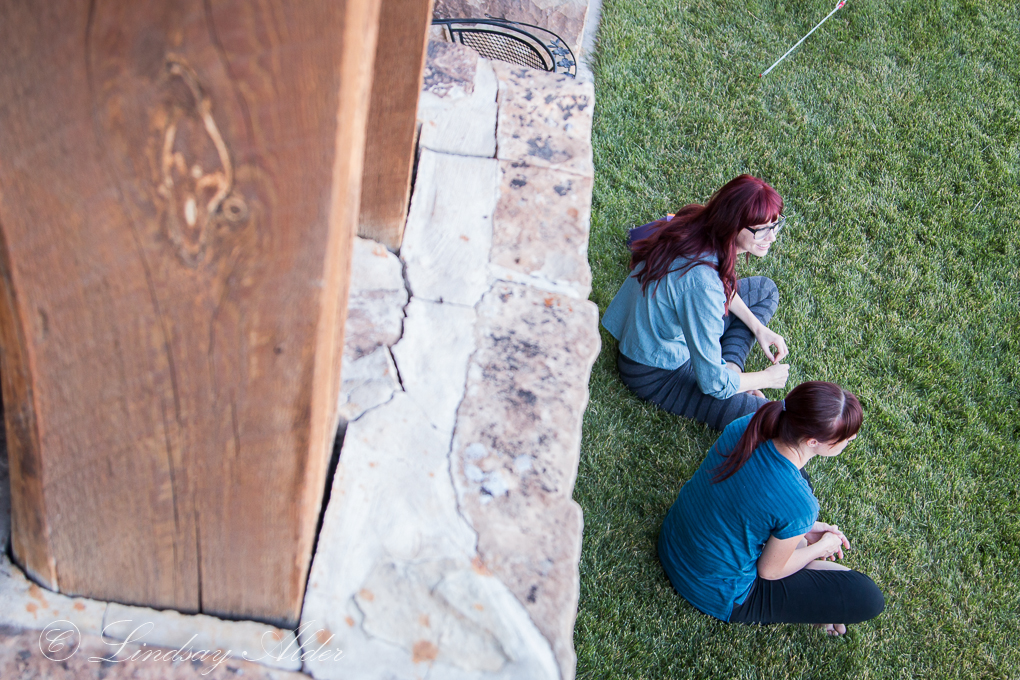 while cheering on the players. 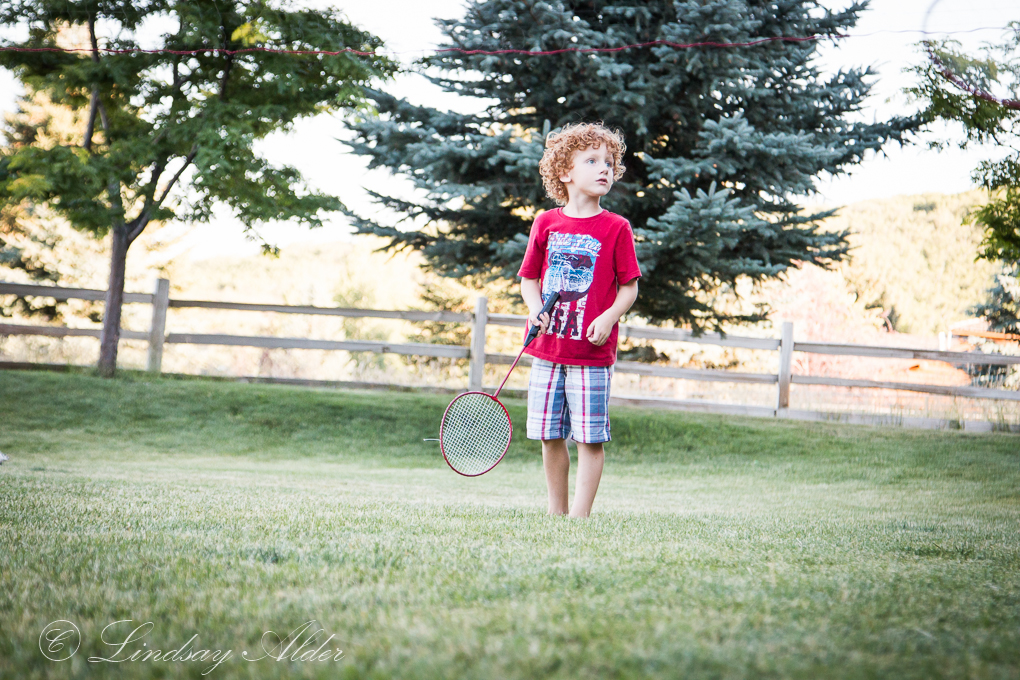 And showing off our elephant sounds. 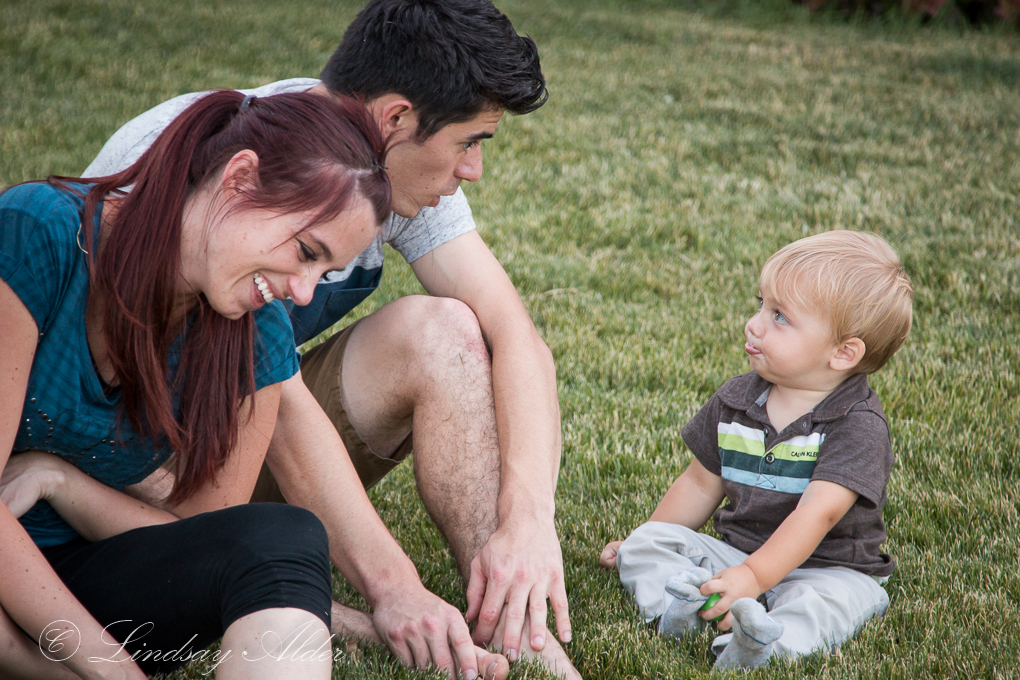 Such a great night.

Kind of random... but you know that people make fun of Utah for their Jell-O, right?  I about died laughing when I saw this giant bin in my mothers pantry dedicated to Jell-O!  The funniest thing about it is that my parents don't even really make Jell-O all that often.  Endearing.
When in Utah, I guess. 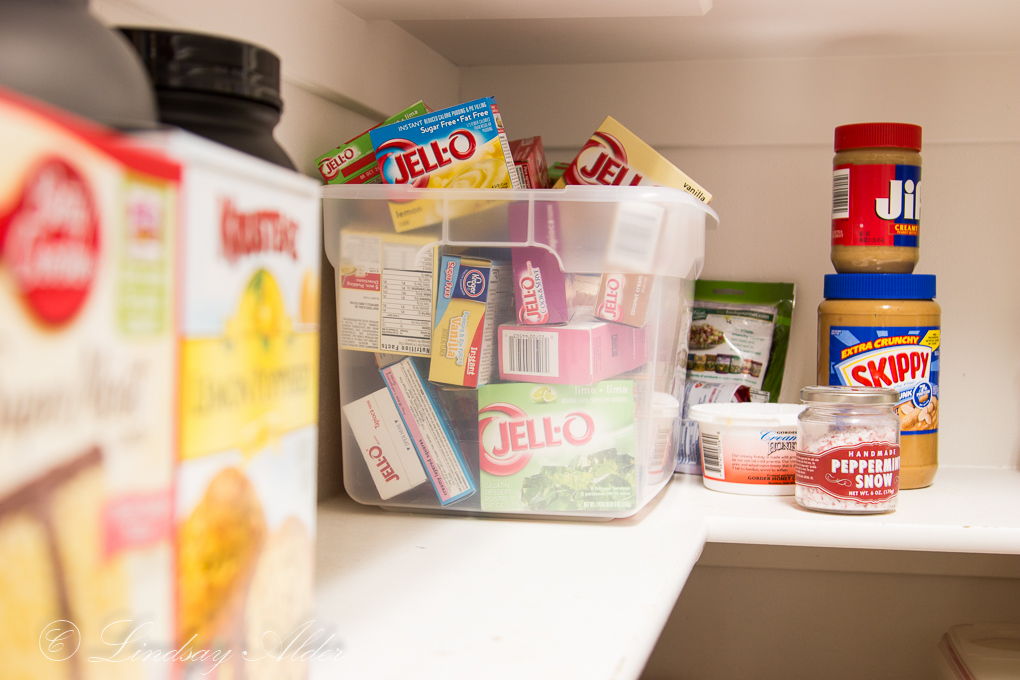 Then we hopped into the car and traveled down to Salt Lake to see my beautiful sister and her then boyfriend (now fiance!) perform in Children of Eden. The kids' favorite part was watching Jake do a backflip across the stage. The next morning Brian and I packed our bags and headed to San Francisco for a few days (amazing) and then came back to grab the kids and go up north to hang out with Brian's family for a week (also amazing).  But those pictures and stories are not for now because I already titled this post Midway and neither of those things happened in or around Midway, you see.  But, don't worry.  I'll get to those, too.  After all that amazingness, we had days number three and four with my family. 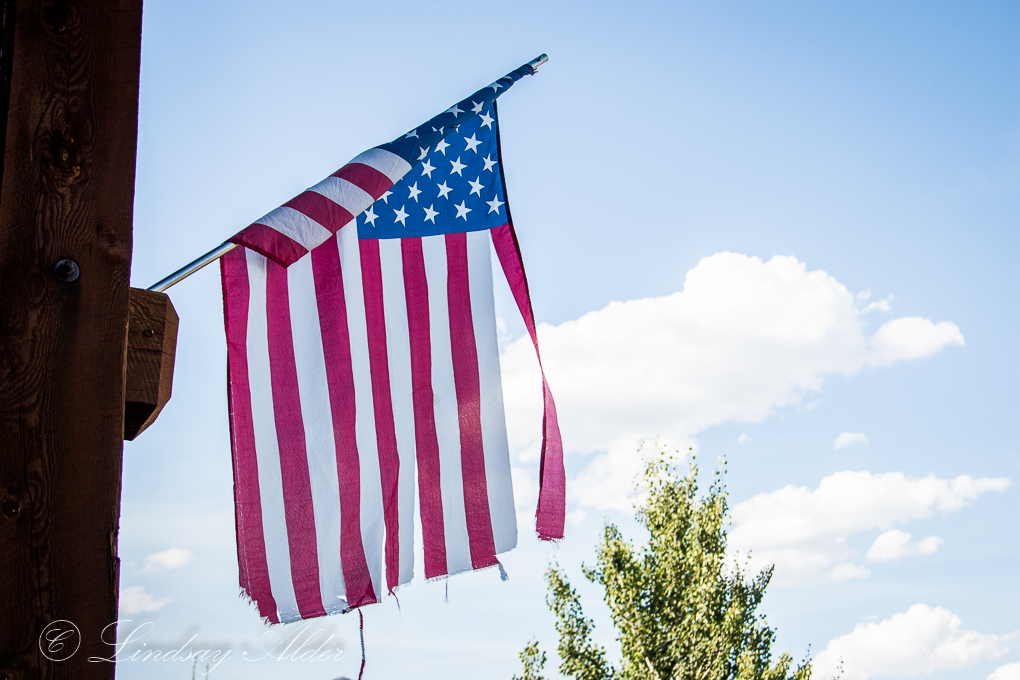 One of those days happened to be the 24th of July, which is kind of a big deal in Utah.  So... party! 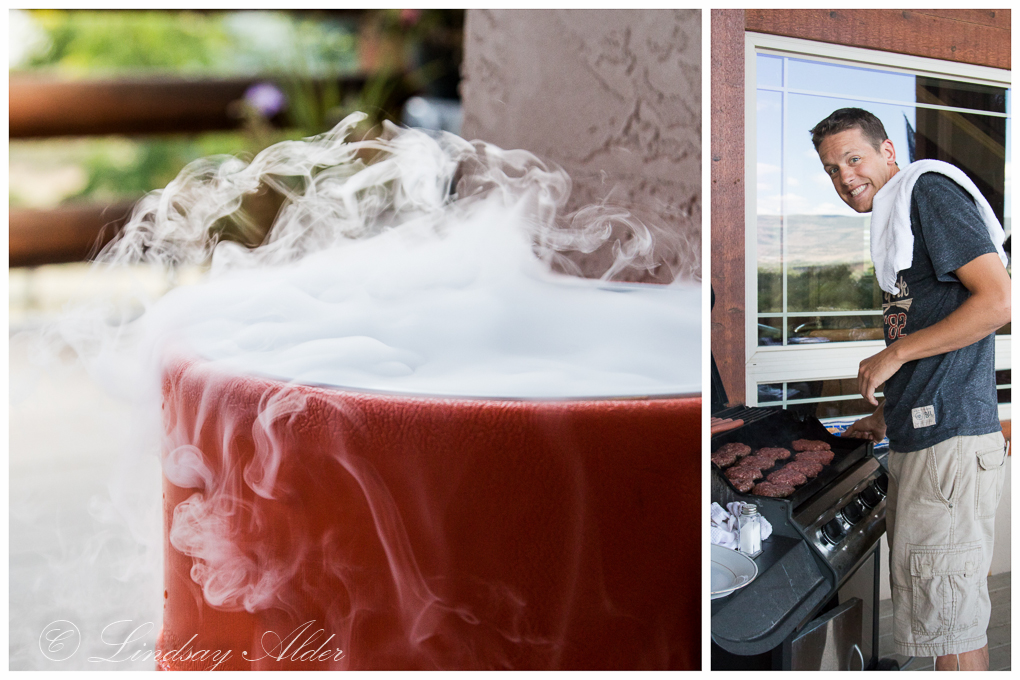 This time there was dry ice.  And root beer extract.
Also there were water balloons.  And towels.  And a net.  You know what you do when you have those three things, right? 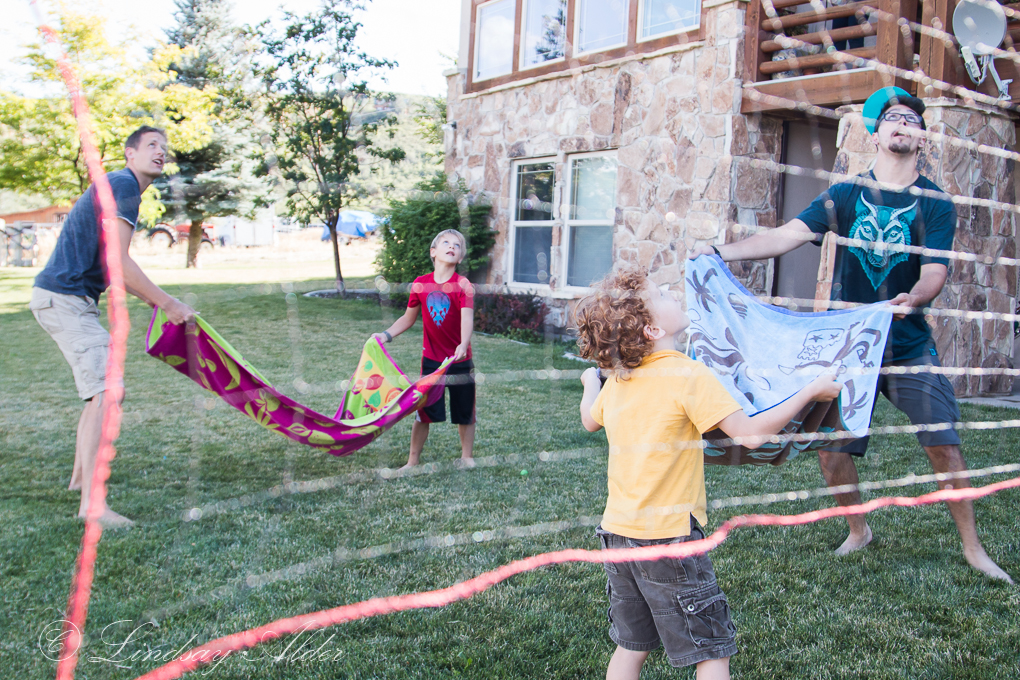 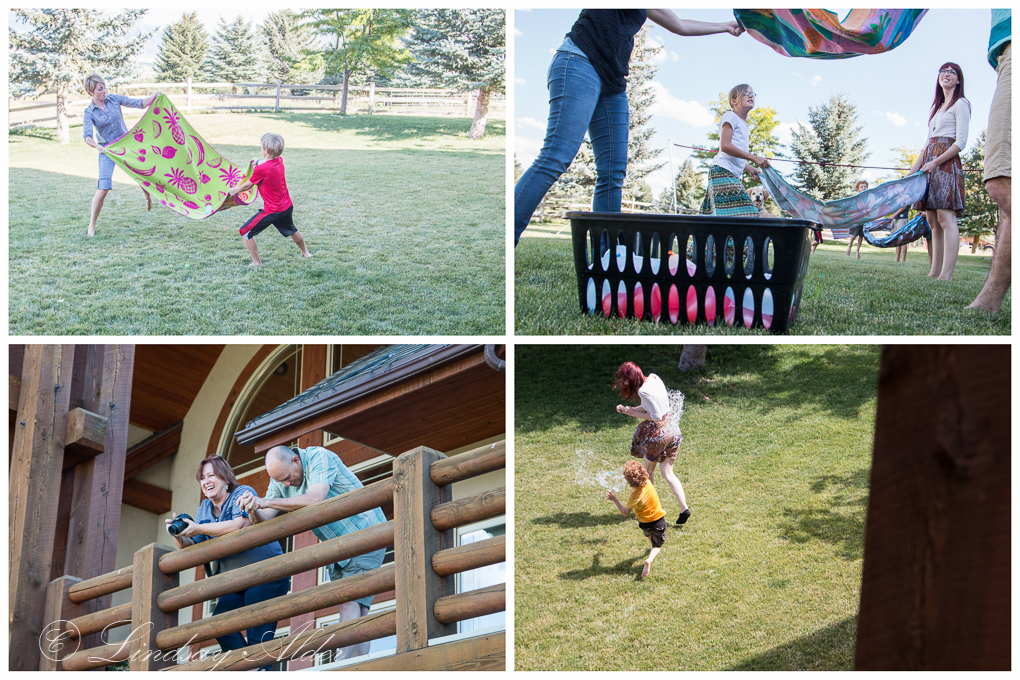 Then we all caravaned down to 'the spot' and sat in and around the back of my dad's pick-up truck to watch the big fireworks over the lake (okay, there's not really 'a spot'... it just sounds cool to say it that way.  But we were in a spot. Technically). 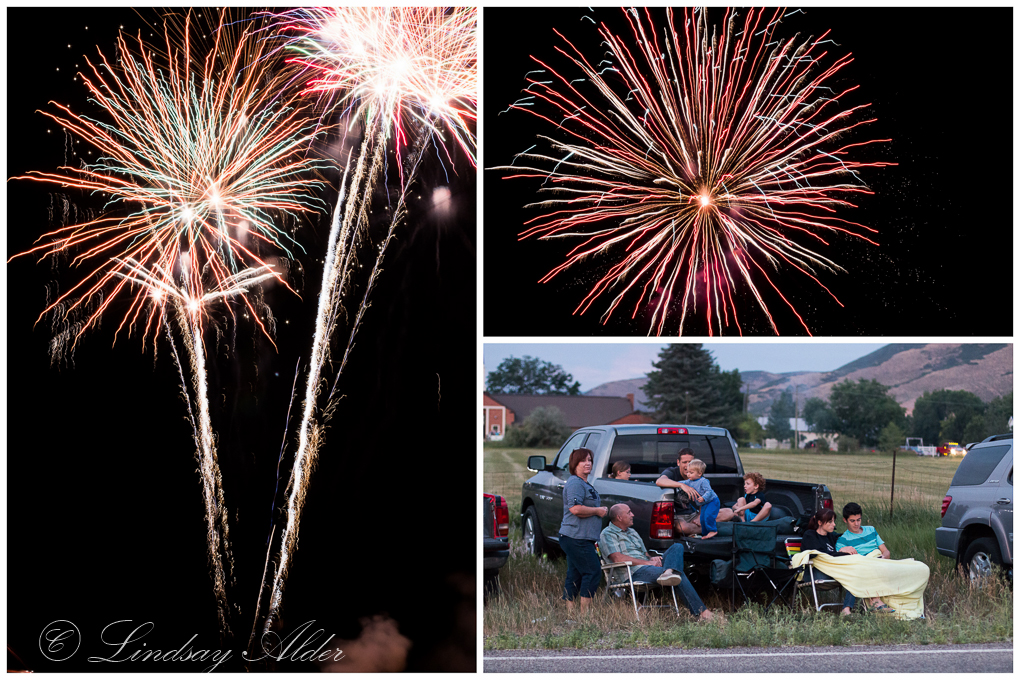 I may never, never tire of fireworks.

Don't tell the Sequarium in Miami, but we went to the aquarium in Salt Lake and it was waaaaaaaaaaaaaaay better. You'd think Miami might have the upper hand in something like this.  Then again, Miami's mantra might have been 'just go jump in the ocean and see for yourself' which wouldn't be a very good mantra for Salt Lake City at all. 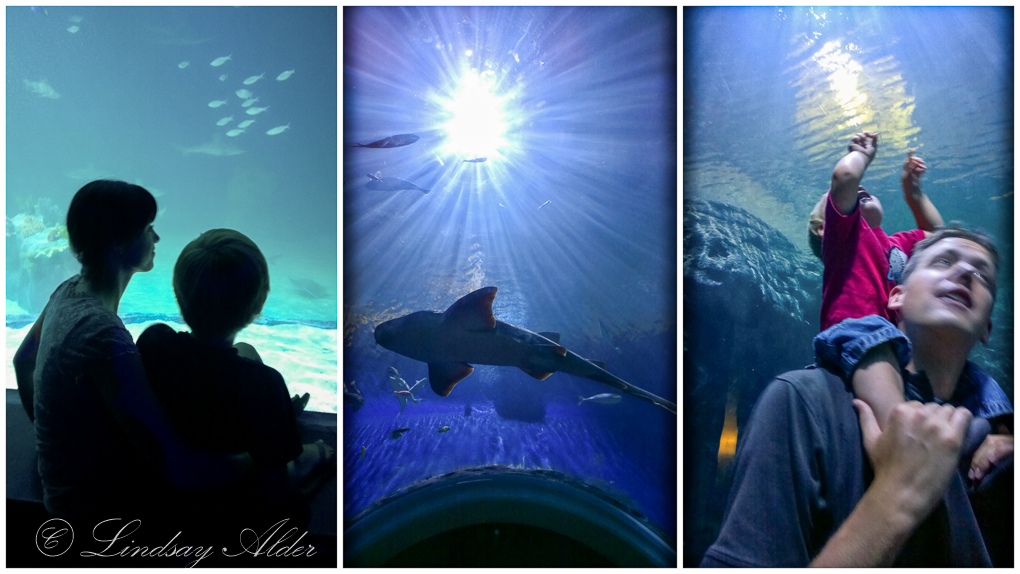 I feel lucky now to be living closer to Midway.  It's a happy place for me.  It's amazingly beautiful and holds so many wonderful memories.  But, best of all, it keeps creating more. Unfortunately, we didn't have all the time in the world, and eventually it ran out.  So we packed up and said goodbye.  Even the 'ninja cat' came out to say goodbye.  (I learned that my kids had nicknamed him that because he was so good at evading them.  Always.  I don't blame him.) 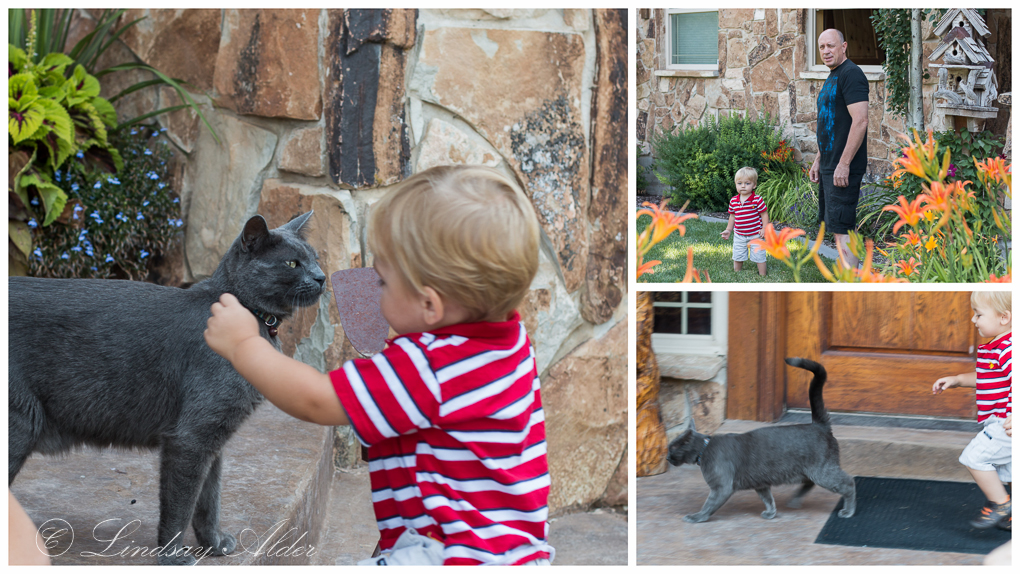 Thanks Mom and Dad (Mom).  I don't know how you do it.  Even just typing this all out and putting it all on one page... I can't believe how good you were to keep buying food and inviting friends and keeping the fun alive while we were there.  (Not to mention watching our kids for three days while Brian and I shirked those responsibilities to play in San Francisco.) I bet you went and took a good, long nap once we drove away. 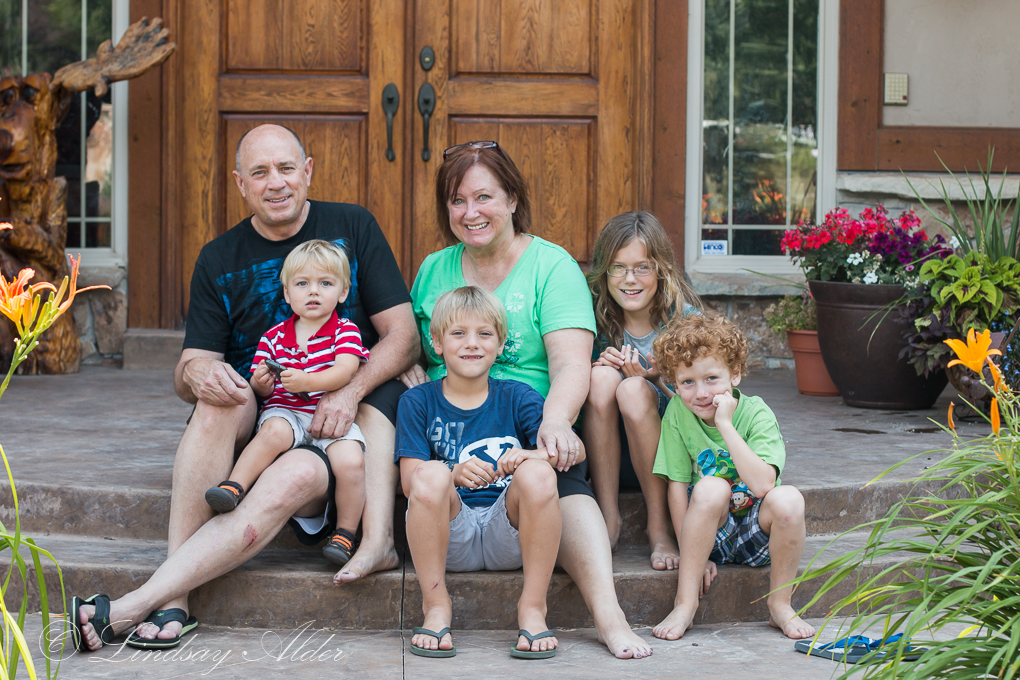