Which, according to the books, makes his life hard. But what about all the awesome things about being a middle child?! He might feel displaced and unsure of whether he fits in with the older kids or the younger kids, but doesn't that mean that he gets to choose? Not many kids get to float back and forth and pick their own adventure. Big kids going to the amusement park, little kids going to Chuck-E-Cheese? He'll pick Chuck-E-Cheese and have a fantastic time with Timothy. Big kids running down to the park, little kids jumping on the trampoline? He'll pick running down to the park and have a fantastic time with Carson and McKenzie. Basketball with the big kids or Wii with the little kids? How lucky he is to be able to choose. 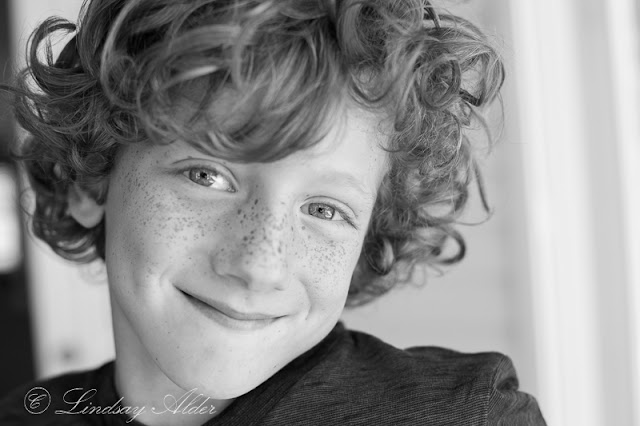 I have noticed that it's harder for him to grab my attention, though. I tend to get caught up in the big kids' stories or the little kids needs and Miles will have to fight extra hard. Thankfully I'm conscious of this and so try to neutralize it. But in the events when I don't do such a good job, how lucky he is to be learning the skills of 'being heard' and 'solving his own problems'. 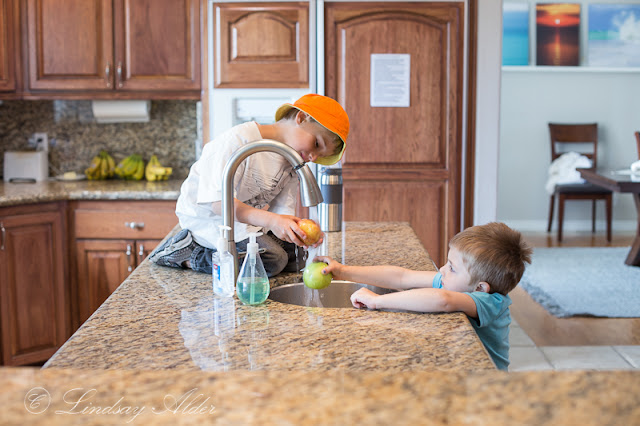 ...is really hard to talk your kids into. It's just that crackers and cheeze-its and fruit snacks live in the pantry, so...

I've tried to take them out of my pantry, but somehow they keep ending up in my shopping cart. Blast the ease of 'convenience'.

3) That moment when you look at your child's face and... 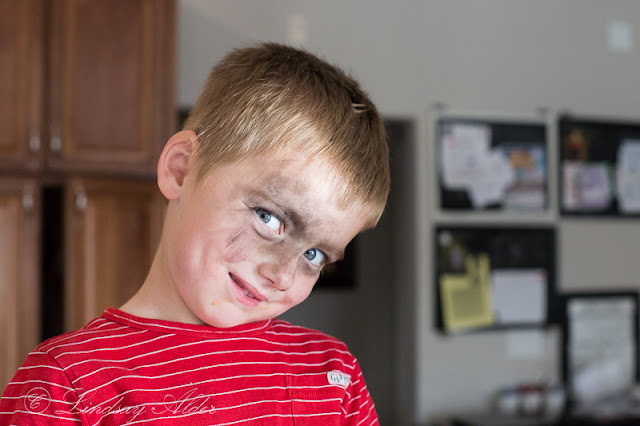 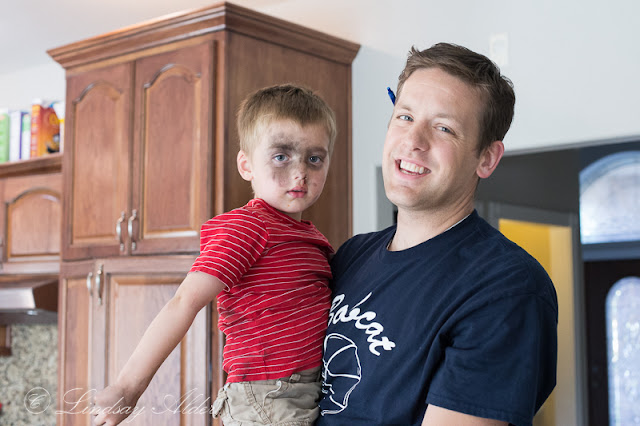 Perhaps we should have had a discussion about playing with the old firewood from the fireplace. And then again, perhaps not. Because, boys. And fun.

4) When Mama says don't eat popcorn on the carpet, 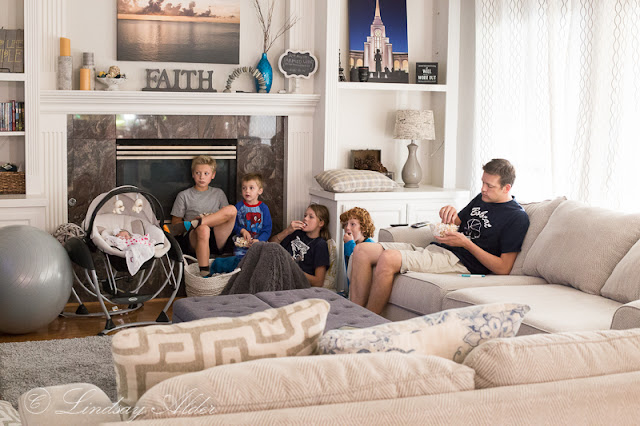 I guess this works. See that cute little nugget in the baby swing? She might as well get used to movie and popcorn nights. 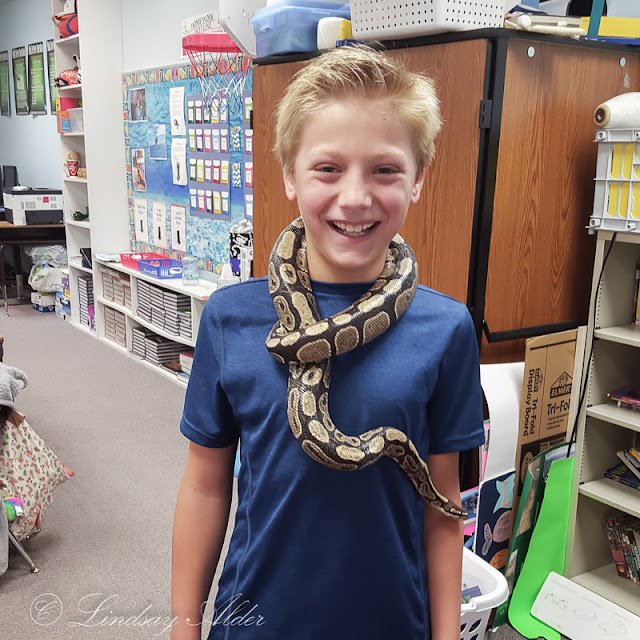 His 4th grade teacher, Mr. Newkirk, is probably the best teacher out there. Fun, loud, a bit disorganized, and owner of the classroom pet snake. Randomly throughout the year he'll pick a kid to wear the snake around his neck and the kids think it's delightful. Just look at that smile!

6) I have a thing about great children's books 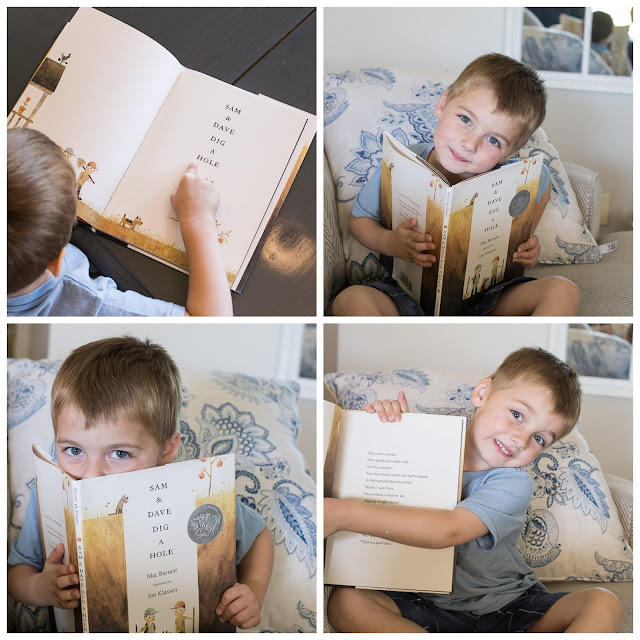 I really do. And this is a great one. This book pulls Timothy so far into the story that he'll shout advice to the characters all along the way and groan with disapproval every time they make another silly mistake. It's an adventure.
posted at 10:48 AM