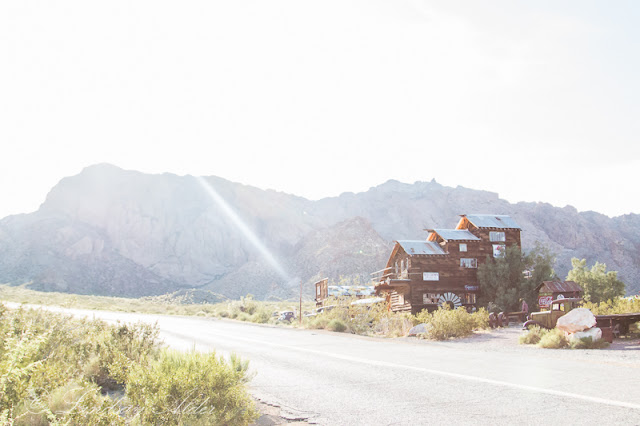 How many ward parties deserve their own blog post? Seriously, this ward party was that amazing. One of the families in our ward owns an old mine out in the middle of the desert that is about as fun as anything. The Werley Mine, it's called, and as I've gotten to know the Werley's over the last couple of years they have become some of my favorite people that I want to know better. 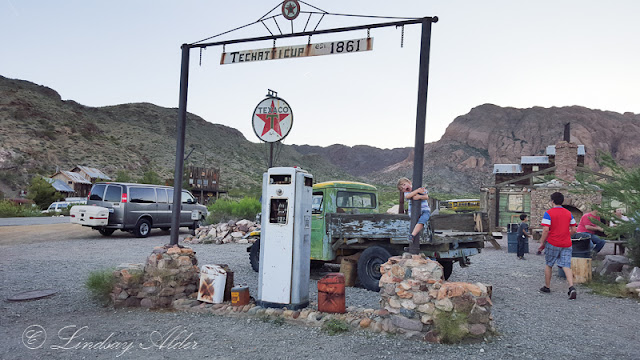 So when we heard that our ward party was going to be held out there, we jumped at the chance to go.  My brother was visiting at the time, so he tagged along and had a great time, too. 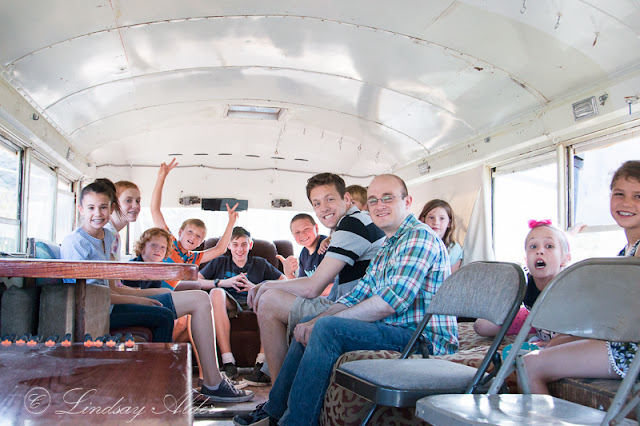 The Werleys have several old fashioned buses that they've gutted and turned into something truly fabulous. 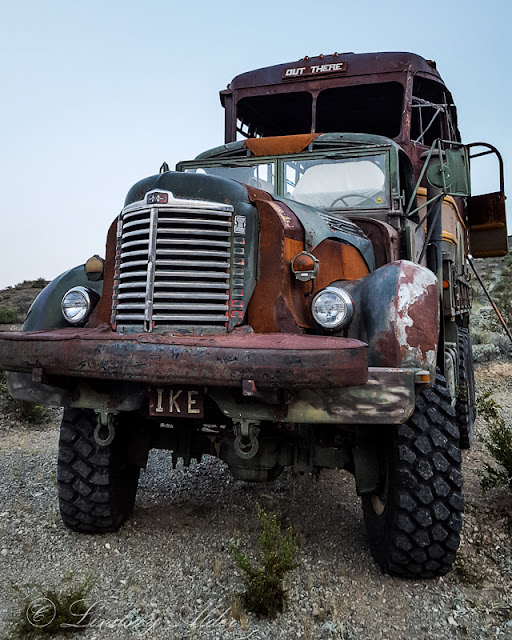 We all took turns going on little rides through the bumpy desert. And, let me tell you, those things can off-road! 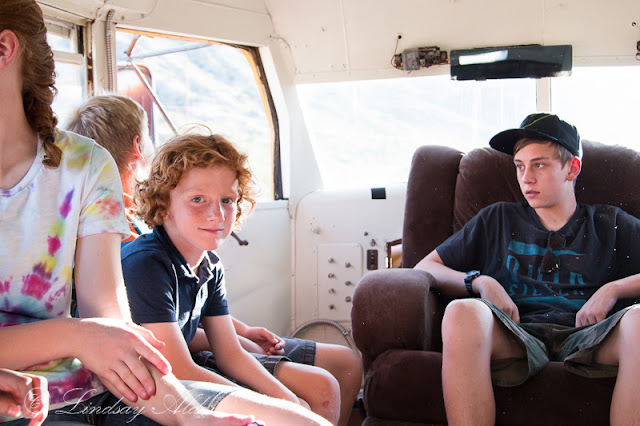 No seatbelts, steep climbs, scary descents, and laughter like you wouldn't believe!  After most of the ward went home, a few of us stayed for a VIP tour through the brand new part of their mine that was almost ready to open to the public. First, we piled in the buses and drove to the site which, in my opinion, might have been the most fun of the whole super fun night. 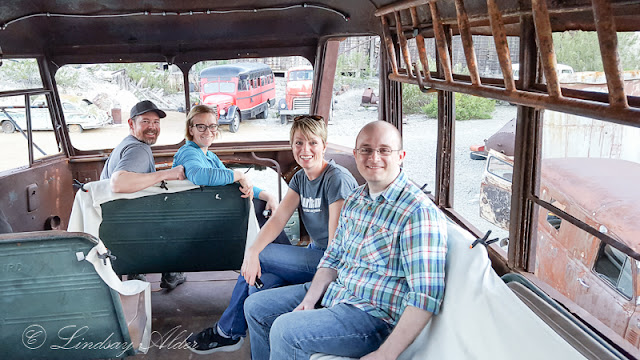 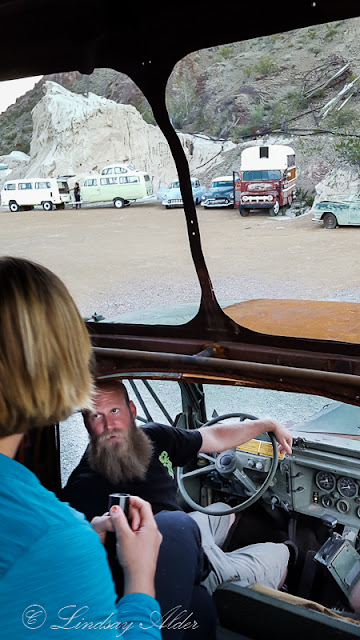 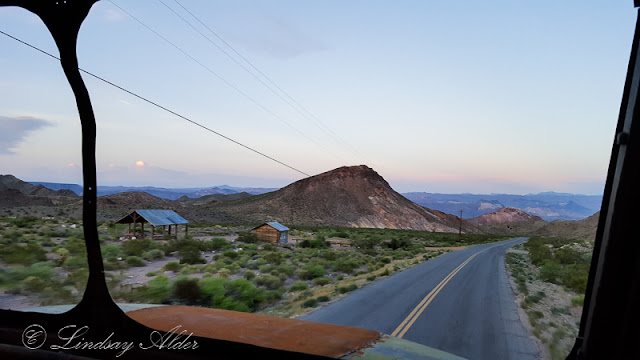 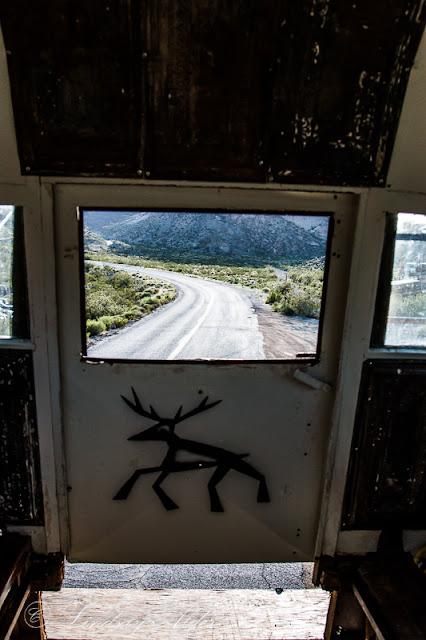 Eventually we veered off road and my already strained ability to take unfuzzy pictures completely disappeared as the bus rocked and jumped and bumped through the roads. 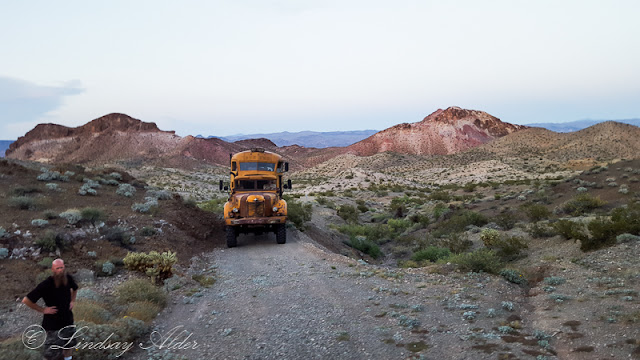 We climbed out of the buses and then down into the mine. 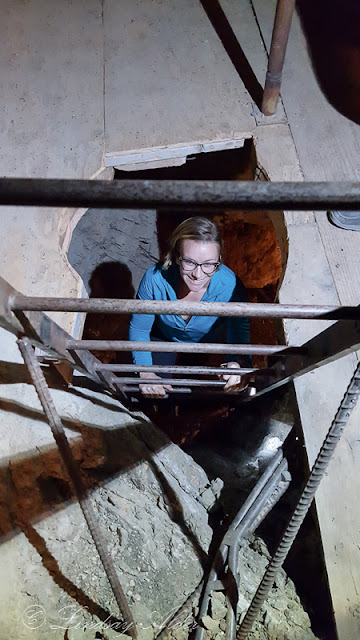 And then down further into the mine. 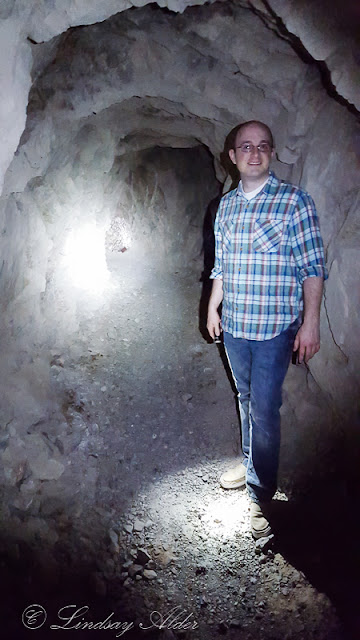 We got the stories of how they cleaned it all up and what they found.  We heard the story of the time one of the Werley's flashlights went out as he was clearing a section of the tunnel and he was left in pitch blackness for much longer than he would have liked before one of his sons finally went out looking for him. We stopped at the little underground lake and marveled at the stillness of the water and air around it. We walked alongside the Calverts and since Alan happens to be a bat scientist, we laughed at him as he enjoyed his search for bat dung. 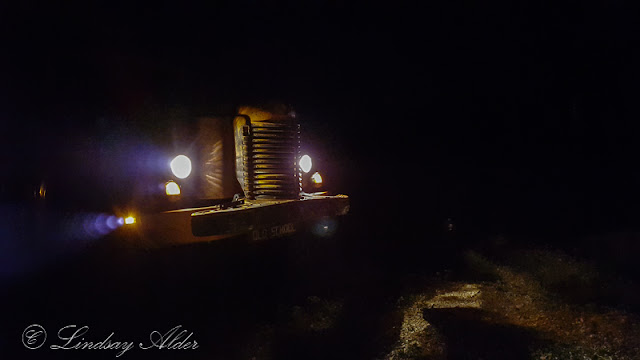 When we got back to the buses it was after dark and we finally made our way home. Tired and happy.
posted at 7:39 PM