The fun thing about school this year is that I get to teach whatever I want for science.  For example, I could take a whole month and teach my kids about the science of glass blowing if I wanted.  But I don't.  We chose space instead.  Nothing warms a homeschooling mama's heart more than seeing her children dress up like Neil Armstrong and crew during their free play. 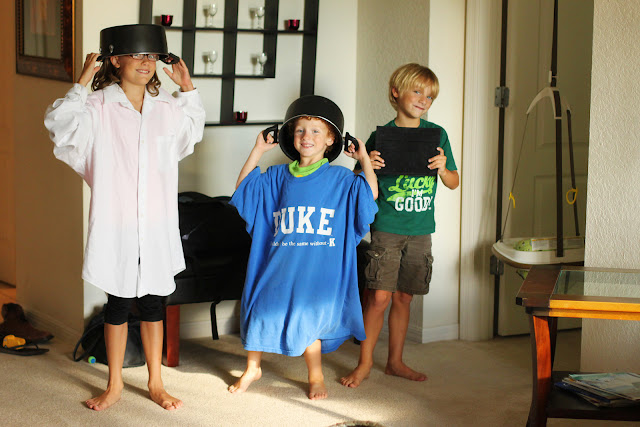 After we finished our unit, we pulled out the butcher paper, glitter, glue and markers and went to town drawing whatever we could think of.  We thought up a lot of spacy stuff. 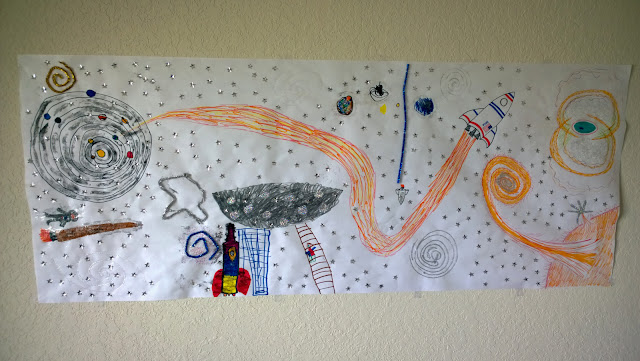 And then, coincidence!  We happen to live kinda close to the Kennedy Space Center, so... field trip! 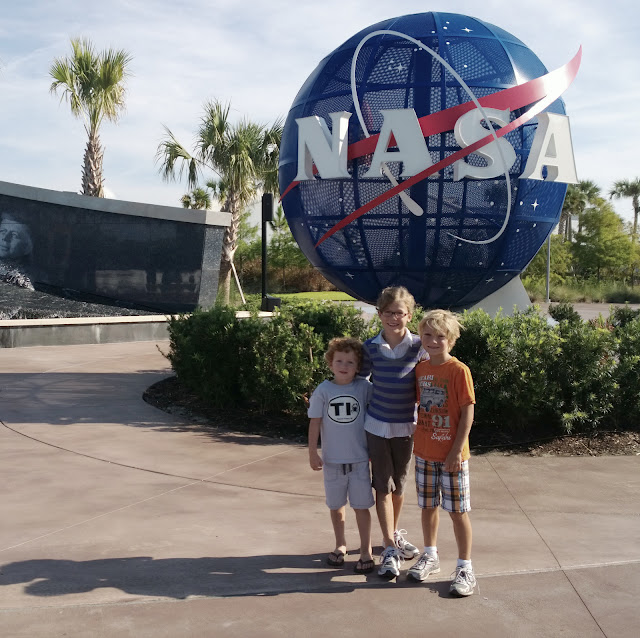 These kids are nerds.  They loved everything about the museum and ran from one exhibit to the next shouting, "Hey!  I know about this!  That's ...."  They sounded so smart they must have a really awesome teacher this year. 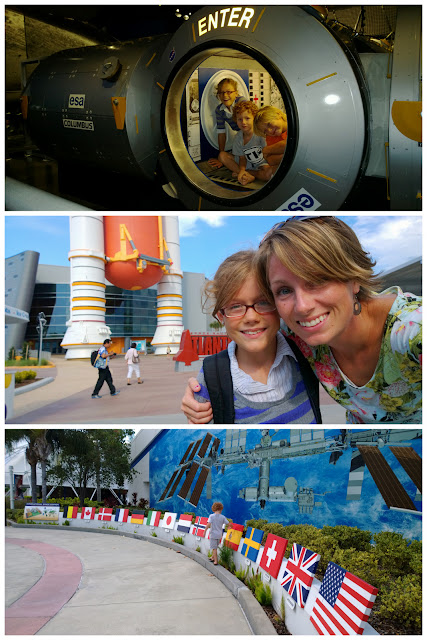 This was also the first time I decided to leave the big camera at home and just rely on my little camera phone to capture the memories.  She did a great job and I've grown fond of her since. 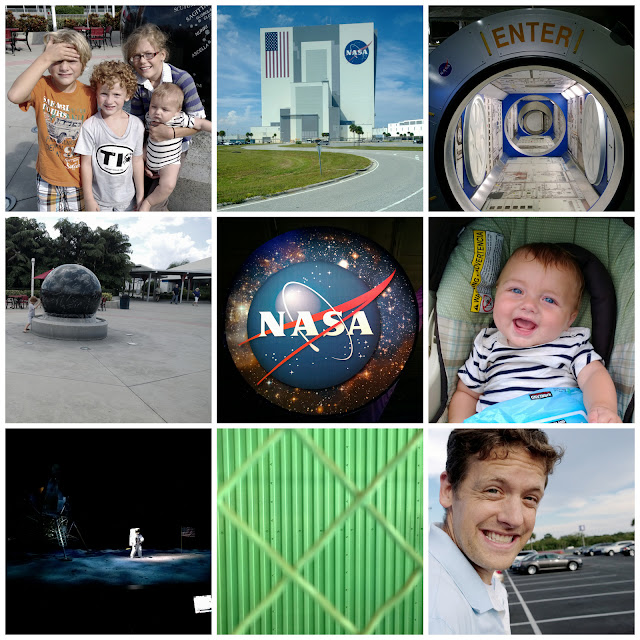 Some of our favorite things from the day included the Atlantis Exhibit, the Angry Birds Exhibit (which really had not-so-much to do with space, but had so many ipads and games that the kids could hardly be torn away) and, of course for Carson, food. 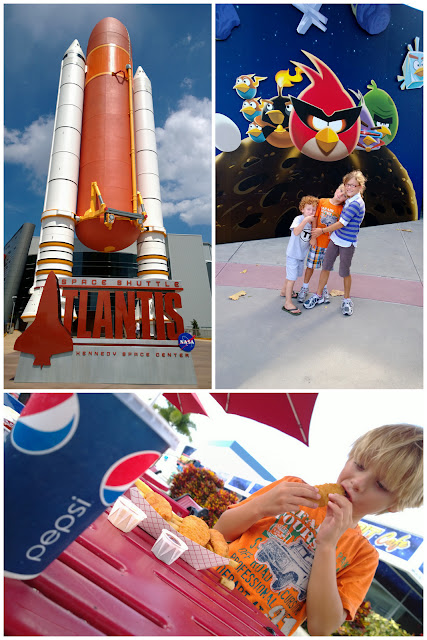 The kids even got to meet a real astronaut.  Though, Miles hid behind the safety of Daddy's leg the whole time.  Astronauts are scary. 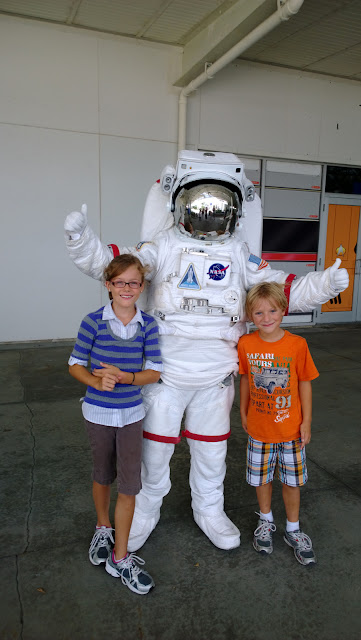 We learned a bunch more about space.  And entered into massive giggling fits when we read through this exhibit. 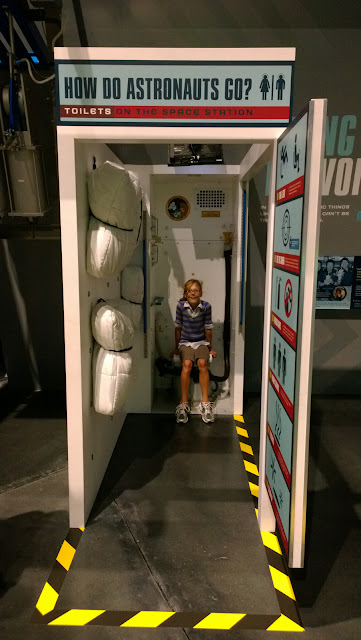 Let's just say that there are cameras involved inside the toilet bowl so the astronauts can make sure everything is aligned properly before letting loose.  No one wants poor aim when there's no gravity... I think I want one for my boys.

Everyone was exhausted by the end of the day which, in my opinion, is pretty great. 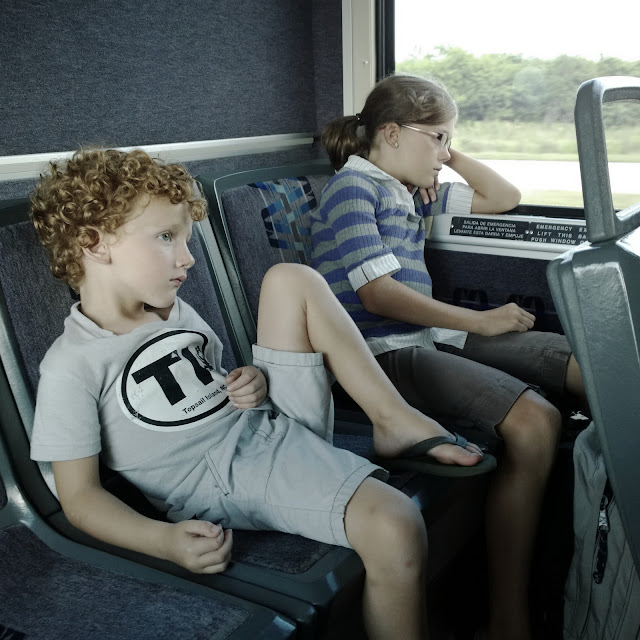 And after the day, who knows?  Maybe we'll have an astronaut in the family someday. (But they'll have to work on their aim first.) 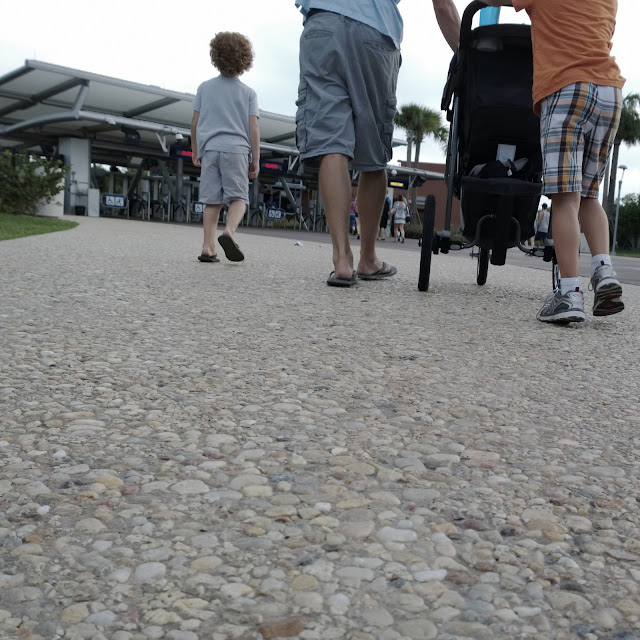